A work of art, situated between experimental electronic music and avant-garde. The crowning glory of an album trilogy with an over-theme that couldn't fit better into our time – change and transformation.

Following the celebrated solo albums "Je suis le Ténébreux" (2016) and "Paradise Lost" (2018) by Christopher James Chaplin, the London-based avant-garde musician and composer will release his third solo album "M" on June 19, 2020. It's an epic and multi-layered composition for which Chaplin once again draws on age-old texts, whose power of content is timeless. For this special album project, he once more brought top-class guest artists into his studio: BRIT Award winner Finley Quaye, the exceptional Austrian musician and songwriter Mira Lu Kovacs and acclaimed artist and performer Aurelia Thierree. 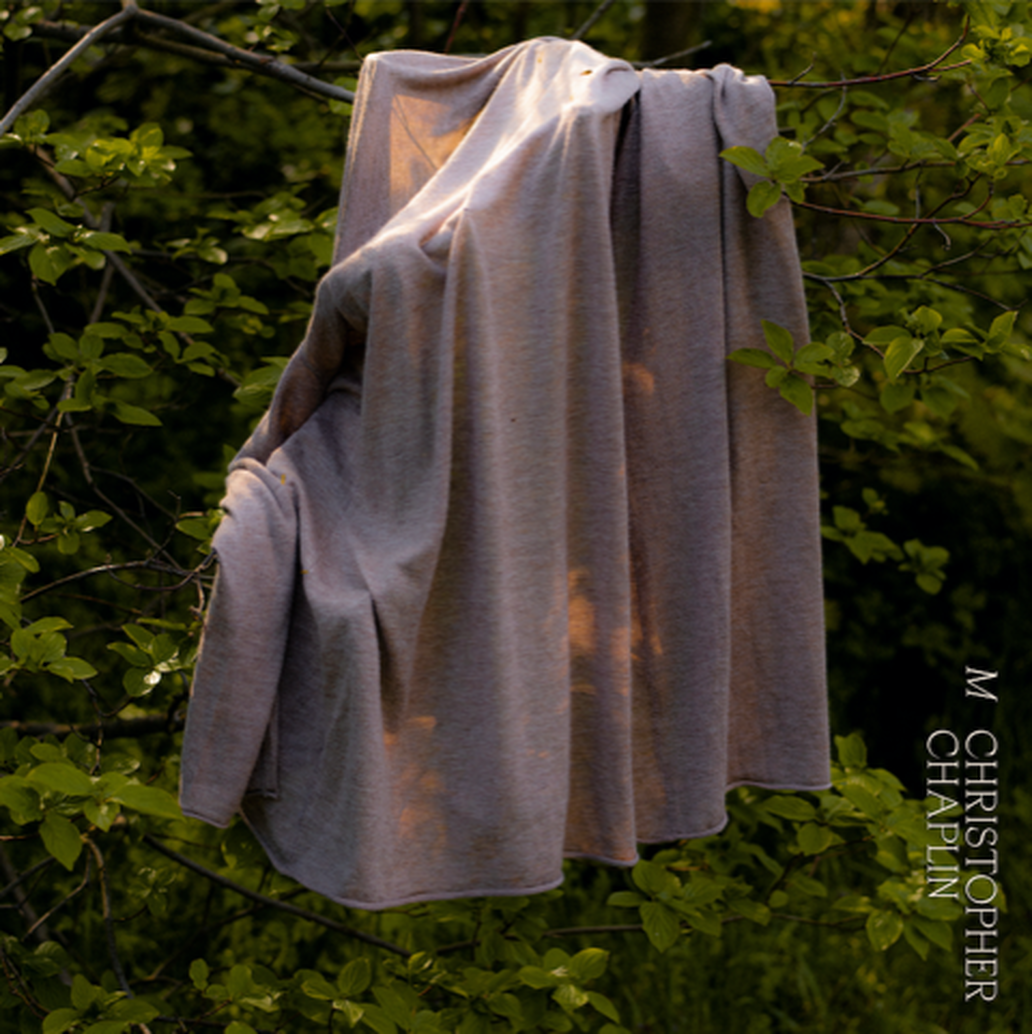 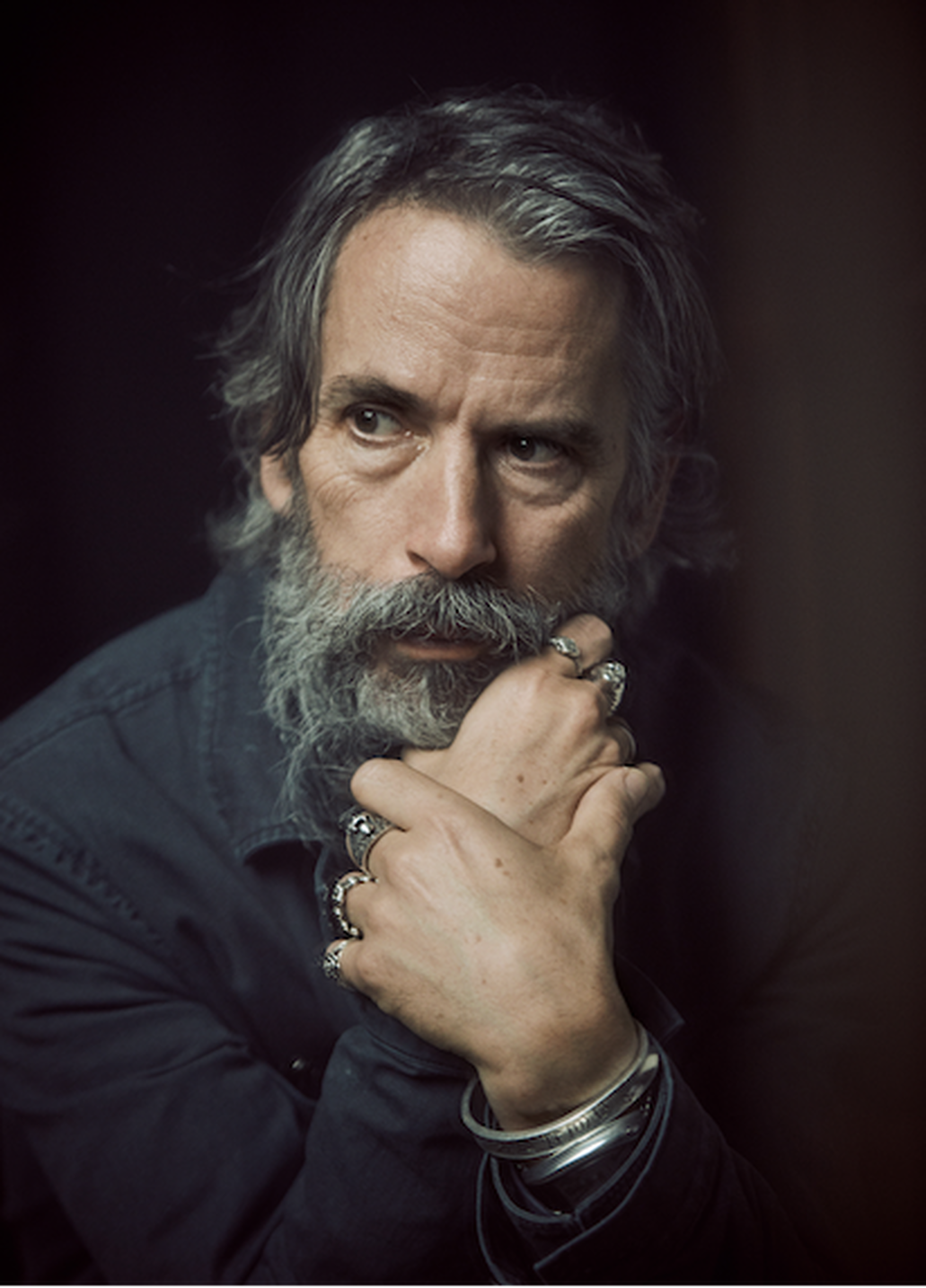 Am I right in saying the track "Metamorphosis" comes from Ovid?

Yes, absolutely. That is correct. I wanted to make a third solo album, linked to the first two. A lot of it is about change and transformation. That poem is all about change, the humans turning into animals and so on.

Did Kafka's work feed into it?

I was aware of the Kafka work. It was also a play, wasn't it? That wasn't really an influence. I was inspired by a poet who lives in Hong Kong. That fed into "A Sea Change". We used a Shakespeare piece called "The Tempest", which has a watery theme to it. It's a fantastic piece, Shakespeare's last.

You worked with Finley Quaye; what was that like?

Finley did the text for "Metamorphosis". Do you know The Troubadour in London? Jimi Hendrix played there, Dylan played there. So, I met him there one day. I have a flat near that place, a lot of musicians go that venue. He had a hit called ..."Sunday Shining". That was it!That was one of his big hits. He told me about some of the things he wrote, some of the things he worked on. I fell in love with some of his work. I asked him, 'would you agree to work with me on a song?' He asked me to send him an email. I kept bumping him, and that's how it happened.

Am I right in saying you've adapted Milton's "Paradise Lost"?

Well, I wouldn't call it an adaptation [chuckles]. That was on the second album. A friend of mine was working on a thesis on "Paradise Lost". I thought it was a great title. Actually, I was familiar from acting school. So, I went and took bits from it. I used the text, pick and steal..I use little sections of it. That's how it came about.

What was it that drew you to the piano?

Initially, I wasn't. I had piano lessons; my parents made me take them. I think they kind of "forced" us to do it. There were eight children and they thought piano lessons would be good. I started about six, I wanted to play in the garden. But then, at about ten, I started to get good at it. I wanted to be a concert pianist- thank God that didn't happen! But it's a beautiful instrument.

He did some samples for the album, didn't he?

The album, awash with change, has come at a time of great change. Have other people noted the coincidence?

I don't know, it's just coming out now. It was just finished before the pandemic. Looking for a title, someone suggested we call it "M". That goes back to old Hebrew; it's linked to the number forty. It's attached to quarantine, death, it's got a mystical side to it.

Your work reminds me of another great avant gardist: Yoko Ono.

I came to that scene very late. That was in 2012. So, I was not too familiar with Yoko Ono's work. I mean, I know her as the wife of John Lennon, of course. I started off with contemporary classical music. I got to know Hans-Joachim Roedelius, who introduced me to the scene in Germany: Krautrock.

"Mutability" runs an impressive twenty minutes. How did this build into such a long piece?

That was like what I had on the previous two albums. I liken it to a trilogy. I wrote very long tracks, which were fifteen to twenty minutes long. This follows the same formula. I guess some of it comes from the live stuff I do with Hans-Joachim Roedelius. A lot of that comes from improvisation, we start on an idea and that has to last us an hour. When it works, you go on a journey with the listener. I was scared at the beginning of those live gigs, because it is very different to how I work in the studio. My stuff is normally so staged and prepared. Doing these things with Joachim is a total contrary to how I like to work.

Yes, I liked the Shelley poem. It was that line: "Nought may endure but Mutability.” I used that for the album. I thought that was an interesting theme.

To paraphrase Douglas Adams, could this be a trilogy of four parts?

Maybe. I don't know. I sort of have a few ideas, but I don't know if I should try something new or not. But I do have some ideas, maybe I'll make shorter pieces.
​
Christopher Chaplin, thank you.
​

​The British avant-garde composer and experimental artist Christopher James Chaplin (The Youngest Son of Charlie Chaplin) studied piano in Vevey (Switzerland) before moving to London in the early 1980s.

In 2009, he was invited by Michael Martinek and his label Fabrique Records to work with the artist Kava on "Seven Echoes“ – a concept album released and first presented live at the art brut museum gugging in Lower Austria. There he encountered the pioneer of electronic music Hans-Joachim Roedelius (Cluster, Harmonia), who later invited Christopher to participate in a "Late Junction" live session for BBC Radio 3. The result of this second collaboration eventually led to another album – "King of Hearts".

In the following years, Chaplin and Roedelius performed all over the world: mostly improvised performances with Roedelius on piano and electronics and Chaplin on synthesizers and orchestral samples.

In October 2016, Christopher Chaplin's acclaimed first solo album "Je suis le Ténébreux" was released – with guest artists such as Hans-Joachim Roedelius, Christine Roedelius, Judith Chemla or Claudia Schumann – some of which had been recorded in Air's legendary Paris Atlas Studio. While Chaplin's first album was an artistic interpretation of Gérard de Nerval's poem of the same name and the "Enigma of Bologna", his second longplayer "Paradise Lost" (2018) translated John Milton's poem about the descent of fallen angels into hell into epic soundscapes. This album features the voices of Nathan Vale and Leslie Winer. Vale is a British tenor and reciter, who specialises in baroque singing. The US musician, poet and artist Winer is almost his opposite number: Jean-Paul Gaultier described her as the first androgynous role model, who worked with Sinéad O'Connor, Grace Jones and Helmut Lang, among others.

Alongside his studio recordings Christopher Chaplin continues to play numerous collaborative and improvised live shows with Hans-Joachim Roedelius and other artists such as Icelandic electronic music trio Stereo Hypnosis. Based on these live improvisations an ambient album "Bjarmi" was recorded in Hvammstangi, Iceland in 2018.

With his latest solo work "M“ (2020), Chaplin doesn't only connect musically to his two predecessors, but takes it to the top with virtuosity and wit. Anew, he manages to condense experimental and colourful electronics in a unique way in chamber music and back again, transporting the listener to intermediate mental and spatiotemporal states. A completely autonomous musical microcosm, which can also be experienced in his impressive solo live performances.