Every six years an ancient order of expert Jiu Jitsu fighters faces a fearsome alien invader in a battle for Earth. For thousands of years, the fighters that protect Earth have played by the rules...until now. When Jake Barnes, a celebrated war hero and master Jiu Jitsu fighter, refuses to face Brax, the indomitable leader of the invaders, the future of humanity hangs in the  balance. Injured and suffering from severe amnesia, Jake is captured by a military squad unequipped to fight the merciless intruder who have descended upon the planet. After a brutal alien attack on the military squad, Jake is rescued by Wylie (Nicolas Cage), and a team of fellow Jiu Jitsu fighters who must help him recover his memory and regain his strength in order to band together and defeat Brax in an epic battle that will once again determine the fate of mankind.

Nick is a consummate professional, and he really honours the filmmaking process. He's actually a consummate artist in that he's one of the few actors that I've ever met who can sit there and talk to you about music going all the way back about four hundred years...

What's it like working with a singular talent of Nicholas Cage's calibre?

Fantastic! Nick is a consummate professional, and he really honours the filmmaking process. He's actually a consummate artist in that he's one of the few actors that I've ever met who can sit there and talk to you about music going all the way back about four hundred years... Painters like Caravaggio, and he's seen the most obscure movies that I thought I was the only one who saw. It's just a lot of fun. Again, we sit down.. He's a professional. He has his character down, and he immediately wanted to go and start to work out with the stunt guys so he could get that down, and he happened to have trained in muay thai. He happened to have trained in jiu-jitsu-I think-about four years ago....He loves Thailand.

Were you influenced by the martial arts films Jackie Chan and Bruce Lee starred in?

I was: I grew up, I was a martial artist in my teens, and my twenties. I trained under some truly wonderful martial artists; I got a black belt in Tang Soo Do. I trained with some pretty amazing guys, so I watched all that stuff.

In your mind, how important was it to divide the action set pieces with the film's more emotional core?

Well, you always need to care, no matter what you're doing. And, no matter what story you're telling....as much action or as much special effects, as much razzle dazzle....it really doesn't do you a lot of good if there isn't somebody-if not all of the characters- that you care about. [Characters] you either have fun with, or you hate.. And so, I always try to make sure that comes across: with our leading man, his love interest. Nick was the heart of the story, in that he sold the myth. If it wasn't for his passion and his craziness that he brought to the character...He told me he was going to channel Dennis Hopper from Apocalypse Now, and I thought that was a great choice. So, Nick's the one who sells the mythology that we've created around jiu-jitsu. And, the science fiction.


The film showcases an impressive exhibition of special effects. Talk to us about your involvement in crafting these effects.

Some of it is reminiscent of seventies epic Enter The Dragon.

Oh, you saw that?

Yeah, he did. He was really legendary. [Pauses]. Martial arts films really have the same story line. It's hopefully..if we pull it off properly..it's about that bully...that bully you grew up around when you were a kid..older..the bully who's your boss...It's somebody that you can't defeat. And so, you have the skill to do it, now you just have to have the guts to do it. Hopefully, if we do it properly, we deliver an undefeatable foe, but there's somebody there that you should be able to relate to, meaning Alain Mousset. And he suddenly kicks the unbeatable foe's ass for you. They're really the same thing, told differently, but that's the core of martial arts movies.

Was the film made pre-Covid?
​
Covid hit just as I was mixing the film. I  finished all the editing, I finished all the special effects...And all of a sudden-I had to go to mixing-Covid hit. So, we were shut down, and we had to wait to find a studio, and a theater big enough to mix the picture in. Literally, it was the size of a theater, and there was about five of us in the mixing station, and we were all sitting about twenty feet away from each other. But I was very fortunate that we were mixing when Covid hit. [Editor's note: 'Movie theater,' as opposed to 'stage theatre'.]

And, where do you think the medium of cinema will change in the wake of the pandemic? Is that too difficult a question?

I know Christopher Nolan seemed quite upset by the decision.

He's right! All of us are upset by it. There's nothing like going into a theater, and sitting around with an audience, and reacting to it. There's nothing like that. We're human beings, and we need the interactions of human beings. We're social, at the end of the day, and it would be terrible if we can't continue to interact ..To laugh together, cry together.. That's what theater does. I'm looking forward to being back in one, but make sure everybody's safe!

I've got a two part question: how long did the writing take, and are you writing anything else at the moment?

It took about two years. I spoke to my writing partner and said, "Why don't we write a comic book?" "Are you crazy?"  he said. That's not even debatable: I am crazy! But I said let's write a comic book, so we can see the film. We launched off and wrote this comic book, which made it very easy to see the film. Then, we launched off and wrote the script. What was the second part of your question?

Are you writing anything else? 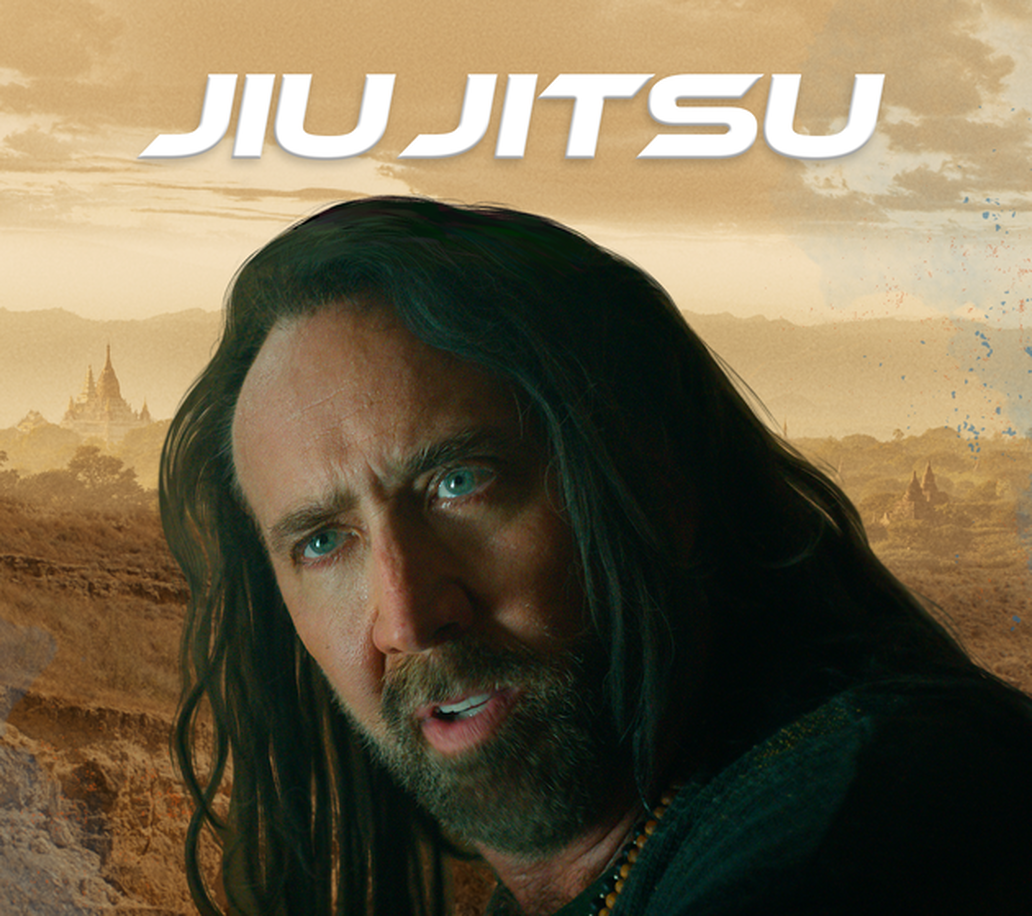 ​Is there anything you can tell us about Man of War?

Sure. It's actually a much more grounded film, and yet it still wears the moniker of action. It's about a professional soldier, who comes back home ..He's done several tours of duty, and he doesn't know his children. One's a teenager -fourteen, fifteen-and the other's about eleven. He decides to take them on a camping trip, to get to know them a little better. ...They run across a group of drug dealers, who are manufacturing fentanyl, and they grab his kids. They're holding the kids hostage, and the story takes off from there. He's an average looking guy, but he's an extremely skilled soldier. But, he's the guy who'd train Jason Bourne; he's that guy! He doesn't look ripped, but that's deceiving.

Comic books seem to incorporate a lot of martial arts. Doctor Strange did. Do you know why?

All the cast members threw themselves into the stunts?

Even Nick did about 75% of his stuff! The only thing I did was keep them away from stuff that was dangerous.

Audiences are demanding more realism in their films. Daniel Craig is doing way more stunts as Bond than Connery ever did. Are you a proponent of this?
​
Tom Cruise is probably the best at that. Daniel Craig, too. And Jason Statham became really athletic, and really pursued martial arts. He's a wonderful martial artist.  As long as they don't hurt themselves, because...My guys have been doing this since they were children. I just worry about actors who try to do too much, and sometimes they get very  seriously hurt. Luckily, I've been very fortunate enough: I've been doing action stuff for television for years, and years, and years. You really have to know who you're dealing with, and whether or not they can pull off that stuff.

Would you consider branching into television?

I did television. I was a showrunner for Warner Bros. for a while, and there's some television shows that I'm working on launching. It's a long form of storytelling, but if you create the right characters, they can keep you entertained. By that, I mean ME, because I don't do stuff that I don't want to watch [laughs]. If it's not for me, then I don't want to make it.

The launch date is December 28th, which makes it a nice Post Christmas pick-up.As the director,  why do you think people should watch it?

Well, most of the stuff that I make ... One of the buyers came up to me and said, "The stuff you make is Evergreen." What he meant was something you could watch over and over again, and still find something entertaining in it. I thought, "That's great." If I can help you relax, and feel that Turkey sink in..[laughs uproariously]... grab a beer or a pint, then I've done my job. I'm just trying to entertain. Don't think too hard: just enjoy yourself.
​
google.com, pub-1336815800049544, DIRECT, f08c47fec0942fa0