Mieko Shimizu is a prolific London based Japanese singer, song writer, composer and producer, with several diverse and accomplished albums already under her belt.

On new album ‘I Bloom’ she collaborates  with William D Drake of The Cardiacs, and previously she worked with Mick Karn of the band Japan, Nitin Sawhney and the London Symphony Orchestra on Japanese silent film 'Yogoto no Yume', David Cunningham from The Flying Lizards, Robert Lippok of To Rococo Rot and she re-mixed the likes of Coldcut and Yellow Magic Orchestra, Haruomi Hosono of the cult electro-pop act signed her to his label 'Daisy World'. Word quickly spread of her incredible live shows bringing a steady stream of appearances as far a field as Eastern Europe, the Middle East and Japan as well Sonar, alongside the mighty Kraftwerk and supporting Massive Attack at their Melt Down with Riz MC, AKA actor Riz Ahmed.
Mieko has also worked extensively with dance including scores for contemporary dance company Phoenix Dance Theatre, the Ballet ‘The Red Balloon’ at the Royal Opera House’s Linbury Theatre and  was also made an 'Emerging Artist in Residence’ at London's Southbank Centre where she collaborated with the London Philharmonic Orchestra on her own compositions. In her new live shows she will be combining both the ancient and modern with Kieko Kitamura on Koto, a type of Japanese harp, through FX pedals and herself on Moog synthesiser, keyboards and vocals creating a luscious, ethereal live show.

"Her unerring elegance and undying passion takes you on a journey from hidden places across emotional landscapes to distant nebulae. Prepare to experience an astonishing work."

Mieko erupted onto the scene with the searing alter ego Apache 61, fusing layers of cross woven breaks battling shards of sub bass within stateless melodies drawn from the fringes of the avant-garde. Her last album, 'My Tentacles' released as ‘Mico' saw her return to a deeper more reflective state in the cavernous depth of sumptuous symphonic songs that oscillated with glitchy electronica.
Her new album ‘I Bloom' has taken 5 years to write and nearly didn’t happen when she was admitted to hospital for two life threatening operations and she nearly abandoned her plans to make it but when a junky was moved into the bed next to her and started to terrorise the ward only to be sent to sleep like a baby by an old Scottish lady singing traditional Irish Airs each night that she realised the power of music and resolved to finish her album. What resulted is I Bloom, a quite simply gorgeous record of mini masterpieces, interleaving haunting melodies; with songs that are both beautiful in their sincerity and tantalising in their simplicity.

More From Mieko Shimizu On Souncloud 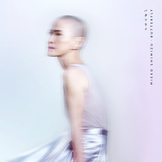 Hello Mieko firstly we love the single! Is it too predictable to ask you about your influences?

Hello Fran, thank you and no not at all. I have been influenced by so many great artists in contrasting areas of music,  from Meredith Monk to Nina Simone, Aphex Twin to Ligetti, Terry Riley to Tom Tom Club, Square Pusher to Laurie Anderson …the genres stretch ridiculously wide, I love artists who push the boundaries …nowadays all this music just melts into the one big pot that is my heart, like a very tasty soup with lots of different flavours!

As far as the studio is concerned, do you produce yourself?

Yes.  I record and produce everything by myself usually but this time I for the first time brought in a mixing engineer, David McEwan from Sanctuary Studio, he has worked with contrasting artists like Plan B and Nitin Sawhney.  I thought he could take my new production to another level and he really did.  We digitally exchanged files between his studio and my studio then we finalised mixes at his studio.  It was an exquisite experience creatively.

I’m from a musical family. My father was a jazz musician like my brother Yasuaki Shimizu and my mother taught music so I was exposed to music from an early age and it was natural for me to become a composer and singer.  When I became a teen I rebelled against my family and tried to become an actress, but straight away I realised it wasn’t for me and went back to where I belong.

Do you share your creativity with other genres- writing- painting etc

I always carry a notebook with me and write stories, essays or poems. I like paintings and drawings when I have time.

Away from creativity for a moment, how much Is the music industry changing and if so who Is benefiting ?

It has changed drastically compare to the time my first album ‘ A road of shells’.  In those days artists definitely needed to be signed to a record company and a record company did everything for the artist. Now you don’t particularly need a record company to do PR and distribution for you as the digital marketing became so dominant and anyone can get into a market, which is amazing for creative people who want an outlet for their own creative voice.  At the same time the market is crowded with so many products with too much larger-than-life PR and it became harder to find what I really want to hear.

And Finally what’s next?

At the moment I am concentrating on getting my new album ‘I bloom’ out to the world and preparing for the part I love most, playing live. I am creating my new solo set for this autumn. Hope you can come and see me.

Oh try and stop me! Thanks so much Mieko Shimizu.