As The 'Violent Femmes' celebrate their 40th year together, (Los Angeles, CA (April 1st, 2021)--Craft Recordings is pleased to honour the band’s enduring catalog of cult classics with the long out-of-print vinyl reissue of Add It Up (1981–1993). In stores May 21st and available for pre-order today, the popular 1993 collection will also make its return to digital and streaming platforms, while fans can listen to the instant grat track “Add It Up (Live)” now (listen here). 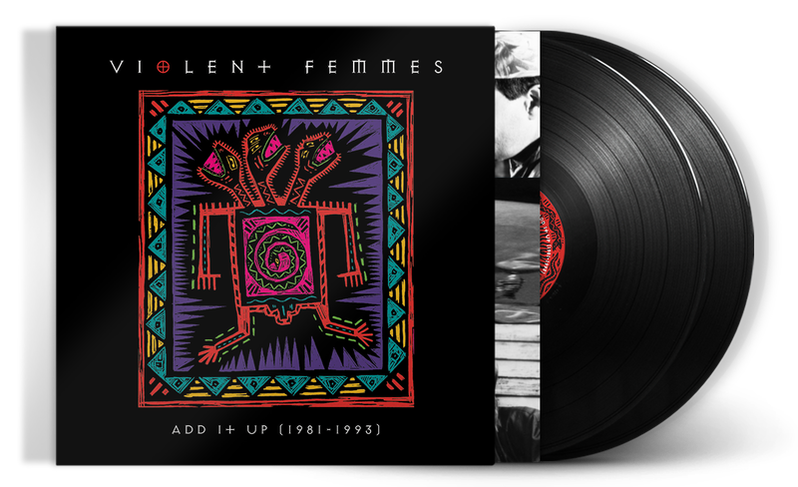 ​The 23-track compilation features Violent Femmes’ biggest hits, including “Blister in the Sun,” “American Music,” and “Gone Daddy Gone,” plus live recordings of favorites like “Add It Up,” and “Kiss Off,” alongside a trove of demos, B-sides, interstitial voice recordings, and rarities. Housed in a gatefold jacket, the 2-LP set was pressed at Memphis Records Pressing, with lacquers cut by George Horn at Fantasy Studios. In addition to the standard black 2-LP, a special “Blister Red Marble” edition will be available exclusively via the Violent Femmes and Craft Recordings webstores (limited 500 worldwide). Meanwhile, Indie Retailers will offer an exclusive “Aqua” pressing, andUrban Outfitters will offer a “Violet” variant. 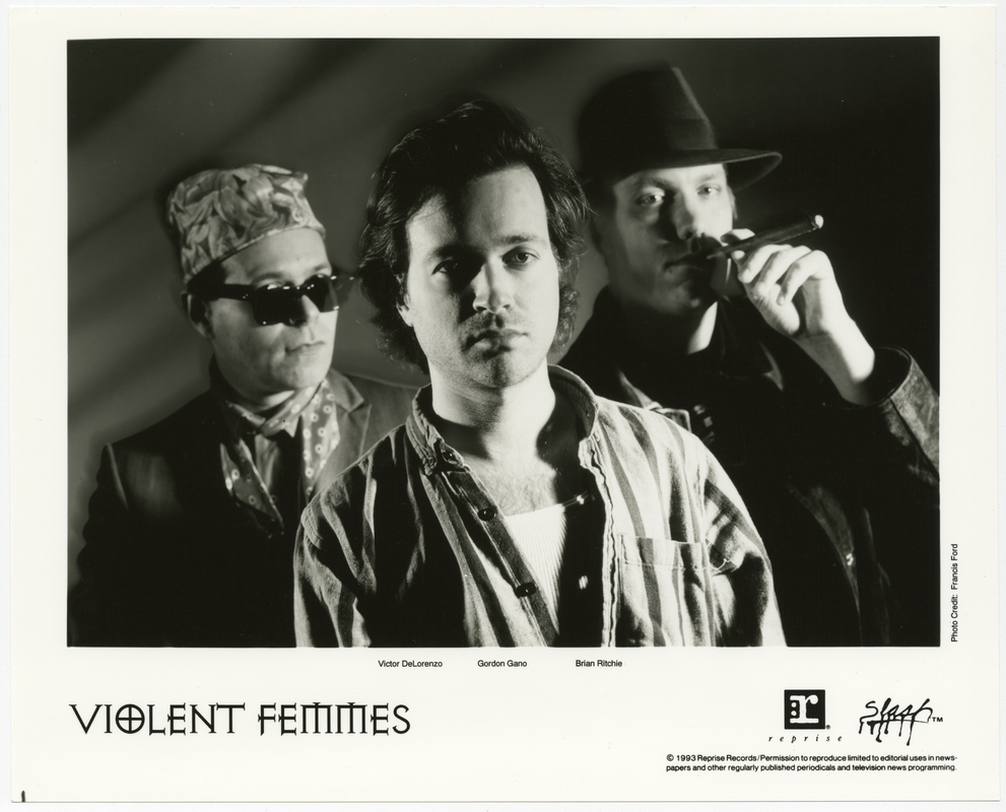 Formed in 1981 by Gordon Gano (vocals, guitar), Brian Ritchie (bass), and Victor DeLorenzo (percussion), Violent Femmes caught the ears of America’s underground with their special blend of teenage angst, jittery folk-rock, and punk sensibilities. The Milwaukee group had their first big break later that year while busking outside of the city’s Oriental Theatre, where new wave stars The Pretenders were set to play that evening. The latter band’s guitarist, James Honeyman-Scott, took a liking to the young group and invited them on stage. A year later, New York Times music critic Robert Palmer wrote a glowing review of the band’s live show, comparing Gano to Lou Reed, Bob Dylan, and Jonathan Richman. Amid the growing buzz, Violent Femmes signed to legendary punk label Slash Records (home to The Germs, X, and The Blasters) and, in 1983, released their self-titled debut.

Primarily written while Gano was still in high school, Violent Femmes would become the band’s most iconic album, with Gen X anthems like “Blister in the Sun,” “Please Do Not Go,” “Gone Daddy Gone,” and the urgent “Add It Up.” Although Violent Femmes failed to chart upon its release, it was a steady seller, eventually becoming the group’s most successful and critically lauded title. Nearly a decade later, it hit the Billboard 200 (landing at No.171 in 1991) and was certified Platinum by the RIAA.
​The band followed with 1984’s Hallowed Ground. While most material on Hallowed Ground is contemporaneous with the first album songs—all recorded by the Milwaukee-based producer and composer Mark Van Hecke—the tone of these songs was vastly different from their pop-forward predecessors. Instead, Hallowed Ground took an experimental turn and found Gano particularly inspired by his Christian upbringing. The band also incorporated country and American roots influences into songs like “Jesus Walking on the Water” and the unnerving “Country Death Song,” and added unexpected instrumentation into such tracks as “Black Girls,” which featured the avant-garde saxophonist, John Zorn. Although the album initially divided fans and critics, Hallowed Ground has since been recognized by a variety of outlets, including the Phoenix New Times, which declared the record to be “the Femmes finest musical effort, and Gano’s definitive moment as a lyricist” in 2014.

1986’s The Blind Leading the Naked found the band taking yet another sharp turn—this time towards both mainstream pop and avant garde. Produced by the Talking Heads’ Jerry Harrison, the album featured a variety of high-profile guests, including guitarist Leo Kottke, the Stooges’ Steve Mackay, and the acclaimed experimental artist, Fred Frith. Featuring the breakneck protest song “Old Mother Reagan” and the lively “I Held Her in My Arms,” The Blind Leading the Naked brought Violent Femmes wider commercial success—both at home (where it peaked at No.84 on the Billboard 200) and abroad (landing at No.81 in the UK and No.31 in Australia).

Following a brief hiatus, the trio reunited in 1989, returning to their stripped-down roots with the acoustic 3, which featured such jaunty tracks as “Lies” and “Nightmares.” Meanwhile, 1991’s Why Do Birds Sing?, which celebrates its 30th anniversary this year, marked the Femmes’ final album with DeLorenzo. Co-produced with Michael Beinhorn (Red Hot Chili Peppers, Hole, Soundgarden), the LP included one of the group’s most commercially successful singles, “American Music,” which hit No.2 on Billboard’s Modern Rock chart.

Add It Up (1981–1993) draws from these first five albums—documenting the trailblazing band’s stylistic development as they rose to become one of alt-rock’s most commercially-successful acts. Offering fans more than just a compilation of hits, Add It Up also spotlights Violent Femmes’ energetic live performances—captured at the height of their career. Additionally, nearly half of the collection is devoted to rarities, including demos, B-sides, and imports that were previously unavailable in the US, at the time of Add It Up’s release. These include “I Hate the TV,” “Gimme The Car,” and “Dance, M.F., Dance!” 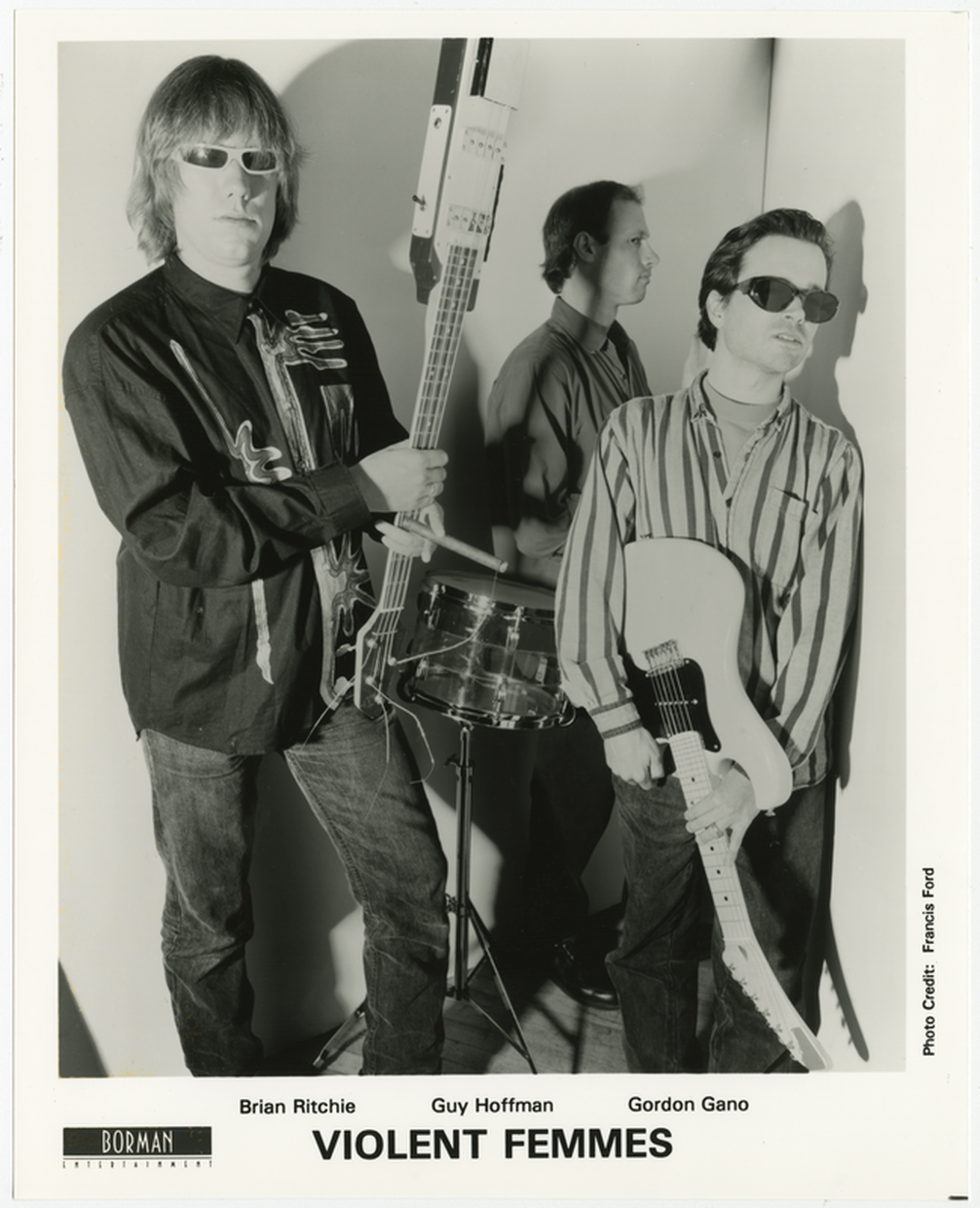 ​For the remainder of the ’90s, Violent Femmes continued to record new material, while their earliest songs remained in the zeitgeist, thanks to popular shows and films like My So-Called Life, Reality Bites, and Grosse Pointe Blank. After taking an extended hiatus in the late aughts, the band’s original members briefly reunited for a handful of live appearances, including a highly anticipated set at the 2013 Coachella Valley Music and Arts Festival. This led to extensive touring and one of the Femmes’ most productive recording eras, which yielded EP Happy New Year, full LP We Can Do Anything, and radical live double LP 2 Mics and the Truth (recorded at radio station sessions and in-store performances). Most recently, Gano, Ritchie, and newcomers John Sparrow and Blaise Garza released Violent Femmes’ tenth studio album, Hotel Last Resort, in 2019.
​40 years on, Violent Femmes’ legacy remains strong, while their influence can be heard across multiple genres—from the anti-folk movement of the early 2000s to the chart-topping hits of Barenaked Ladies, and the indie-pop of Clap Your Hands Say Yeah. In 2014, Popmatters declared that the folk-punk pioneers “may have very quietly been one of the most important rock bands of the 1980s, if not the past quarter-century…[They] celebrated the simplicity of pop music from the fringes, attacking convention with a mix of humor and violence.” Pitchfork argued that “The Femmes don’t signify an era so much as a time of life,” adding that “for young people growing up in the internet age” their music “is part of a shared language.”
​
share
​
google.com, pub-1336815800049544, DIRECT, f08c47fec0942fa0