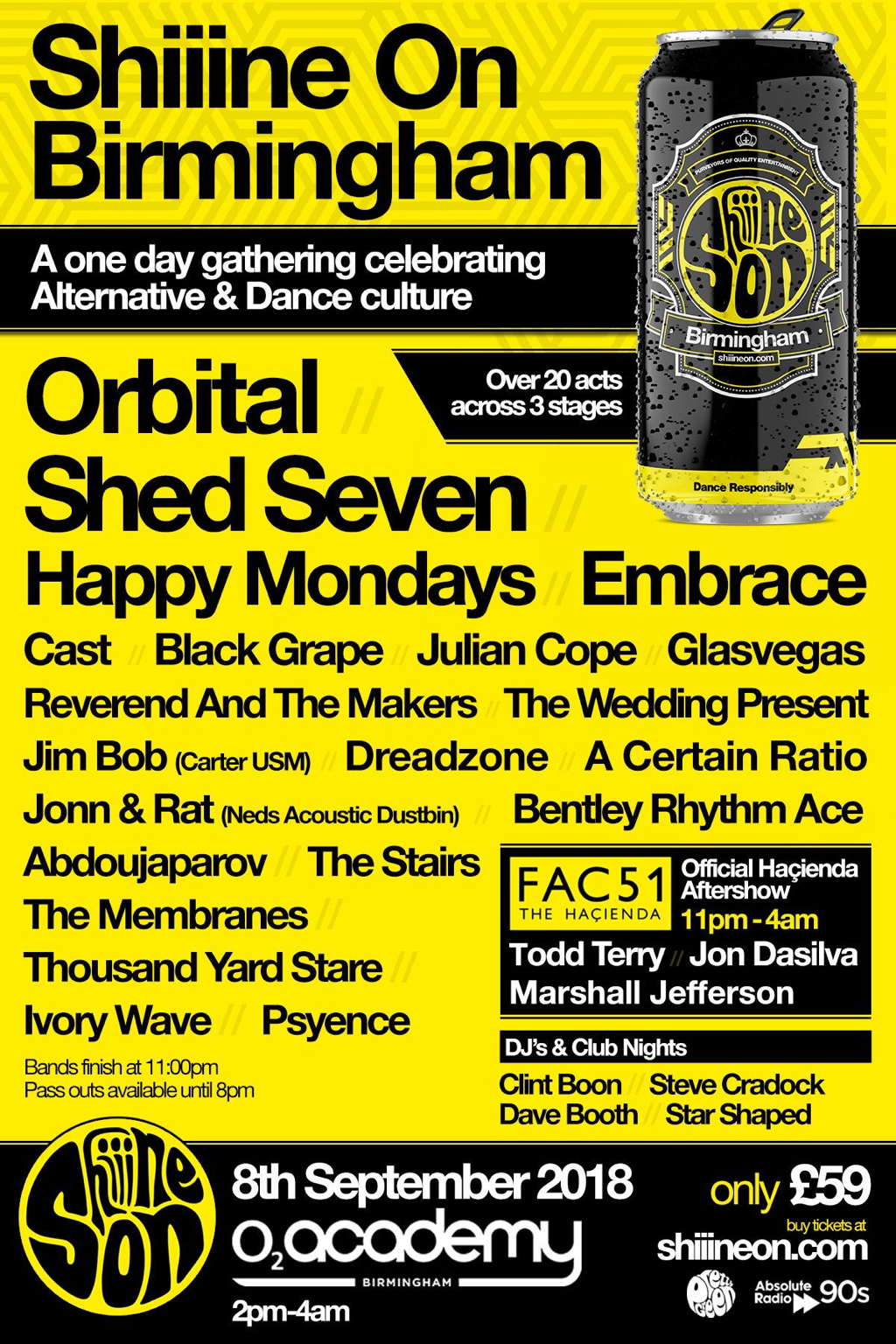 Phacemag is new to festival previews, but it’s my magazine and this is personal! Indie music has always played the biggest part in my 'sound track to a life' – (that’s a lyric from 'You Were Right' by ​Badly Drawn Boy, if it starts to drive you mad...)
The Shiiine On Weekender has been the indie fest to go to for a few years now, but this year the gang are adding a one day wonder into the mix.
The ​Shiiine On One Day Festival will be on the 8th of September and you know what?... It’s going to be a happening. I have worked at a small live music venue, Corsica Studios in Elephant and Castle and know full well the work involved when multiple bands are scheduled to perform. The team are working hard, but you know what.. this really feels like it could be remembered as a 'Spike Island' – and how many of you wished you had been there?! …. just wait…. pauliepaul x

Doors 2pm (Pass outs available for all customers until 8pm)
Tickets give you access to all 3 venues in the Academy which are interconnected VIP Plus & Deluxe ticket holders need to collect wristbands and drinks vouchers from Box office on the day.
VIP bar directly overlooks main stage
Vaping is allowed in the venue

Shiiine On: Birmingham, a 1 day festival featuring some of the biggest Icons in Dance & Indie music over the last 4 decades.
Acts include Orbital, Shed Seven, Happy Mondays, Embrace, Cast, Julian Cope, Glasvegas, Reverend and the Makers, The Wedding Present, A Certain Ratio and Dreadzone.
The event concludes with an official Hacienda aftershow featuring Todd Terry, Marshall Jefferson and Jon Dasilva. 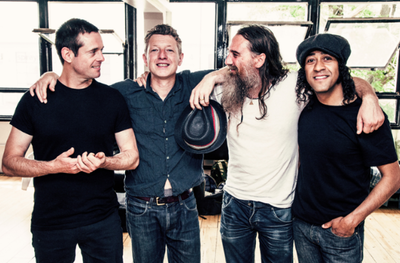 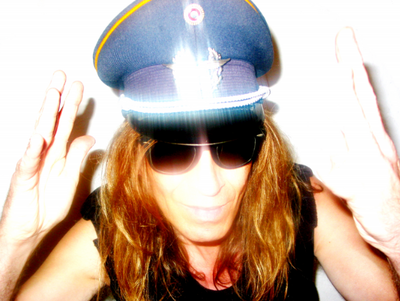 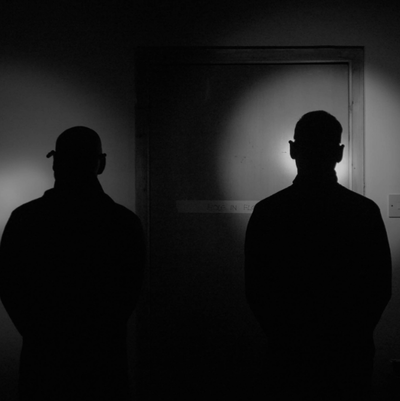 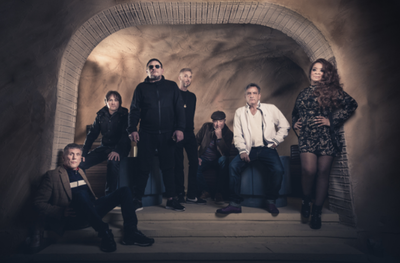 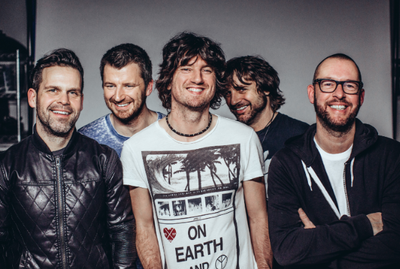 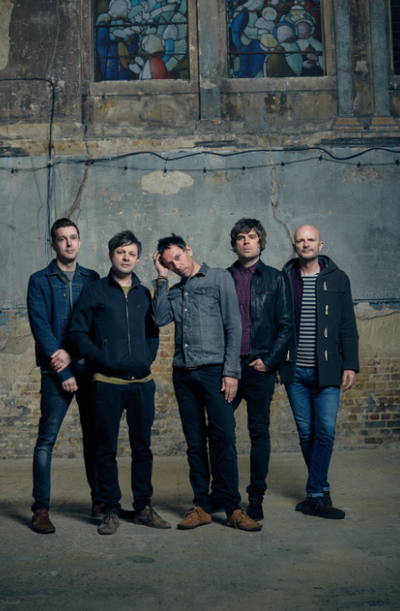 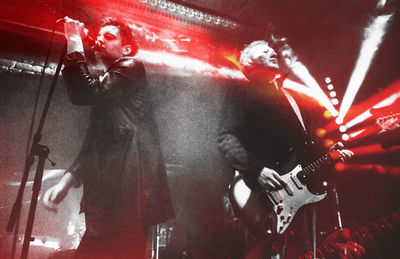 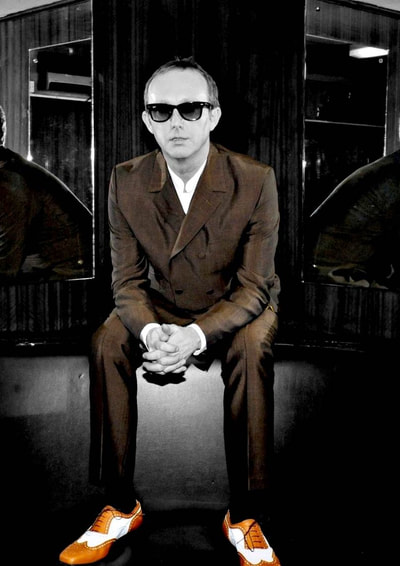 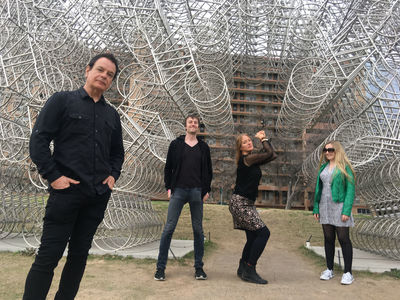 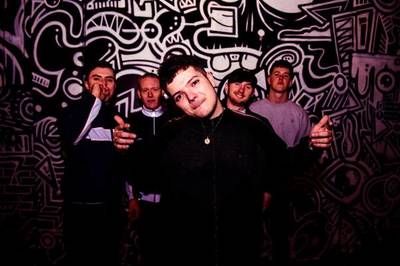 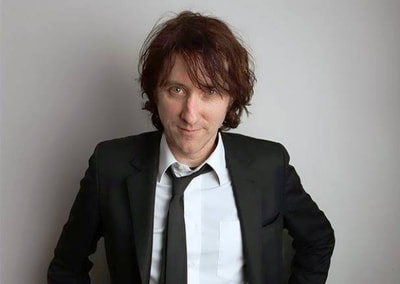 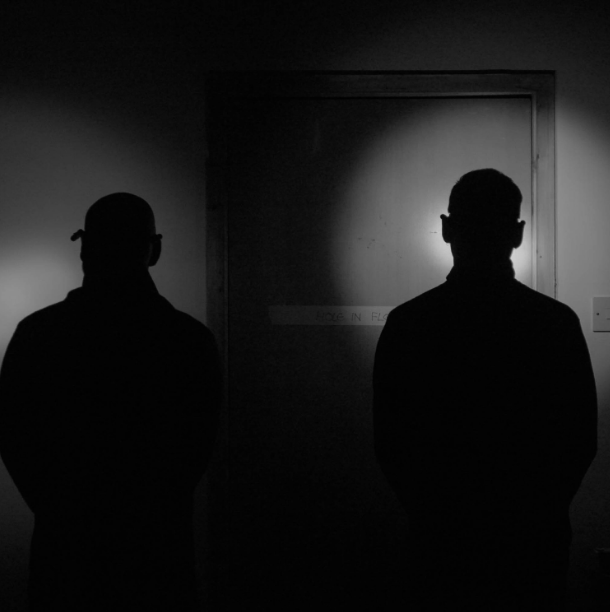 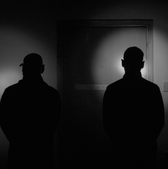 The all-day event will be headlined by dance pioneers Orbital who are set to mark their 30th year in music in style. Renowned for their headline slots at Glastonbury amongst others, they will perform their full festival show in Birmingham, accompanied by: Shed Seven -  Cast -   Embrace - The Happy Mondays . (see below)
and also
​A worldwide exclusive:


​Shaun Ryder supports himself with a Black Grape set. This is the first time both Shaun’s legendary bands have shared a bill anywhere in the world. 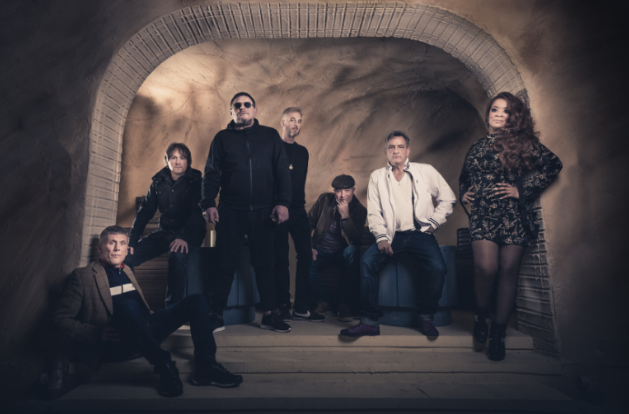 Academy 1 cont :
Resurrected indie heroes Shed Seven (left) who are riding high on the success of their recent top ten album ‘Instant Pleasures’,  also play.
As mentioned, Academy 1 also features performances by two previous headliners of the Shiiine On Weekender - Embrace who are celebrating a top 5 album with 'Love Is A Basic Need' and Liverpool legends Cast.
Glasvegas,  will perform a special anniversary show celebrating ten years since the release of their debut self-titled album! 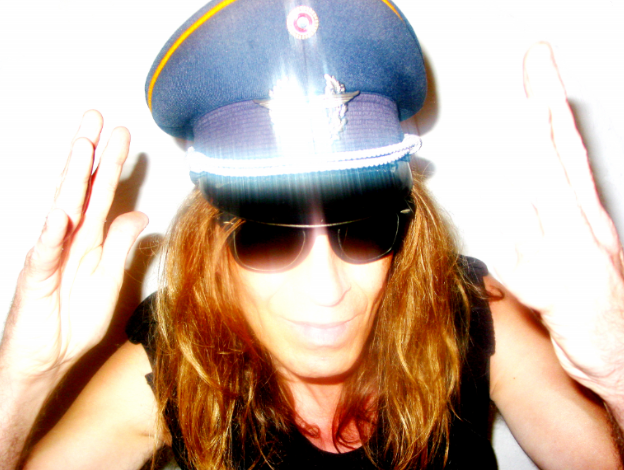 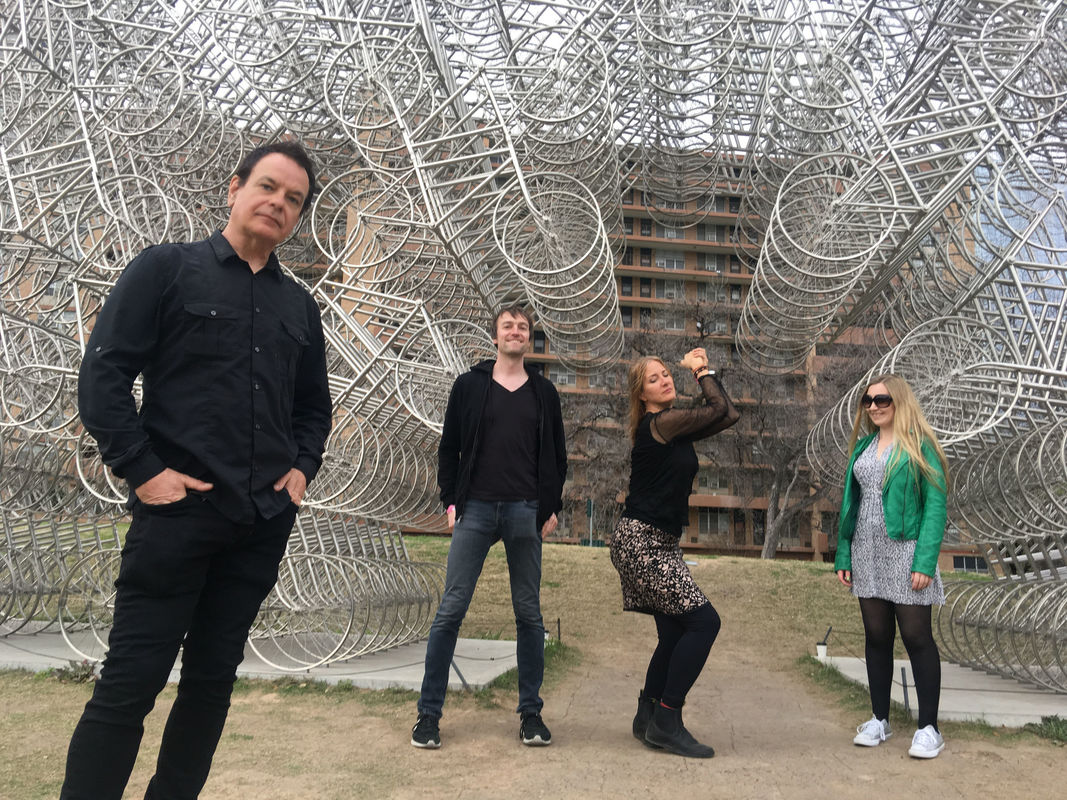 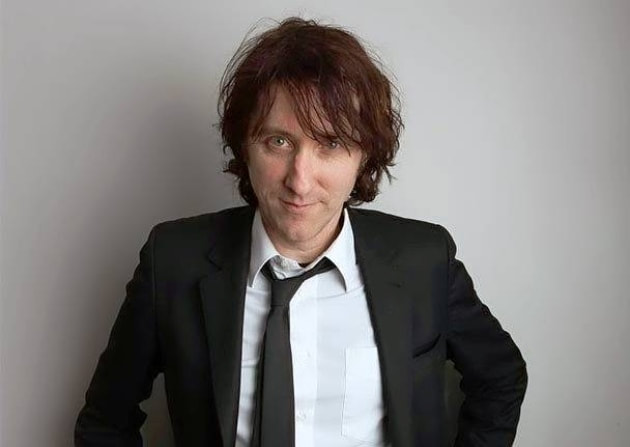 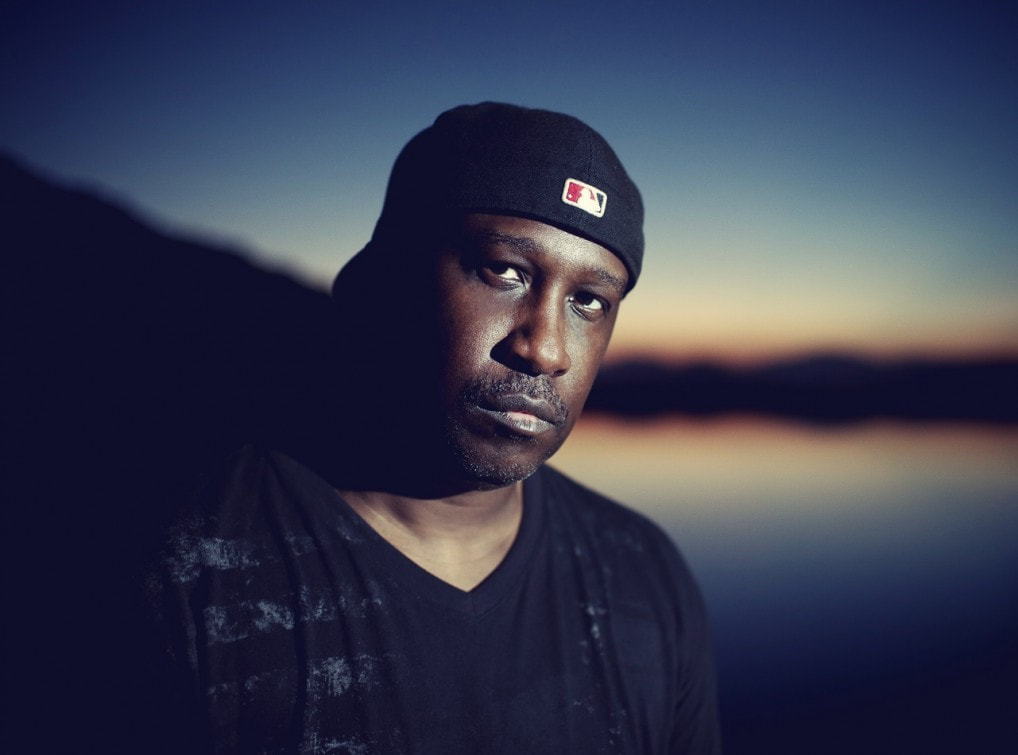 EH!
Lets be Careful Out There! And Don't forget the WEEKENDER!! -​pp- 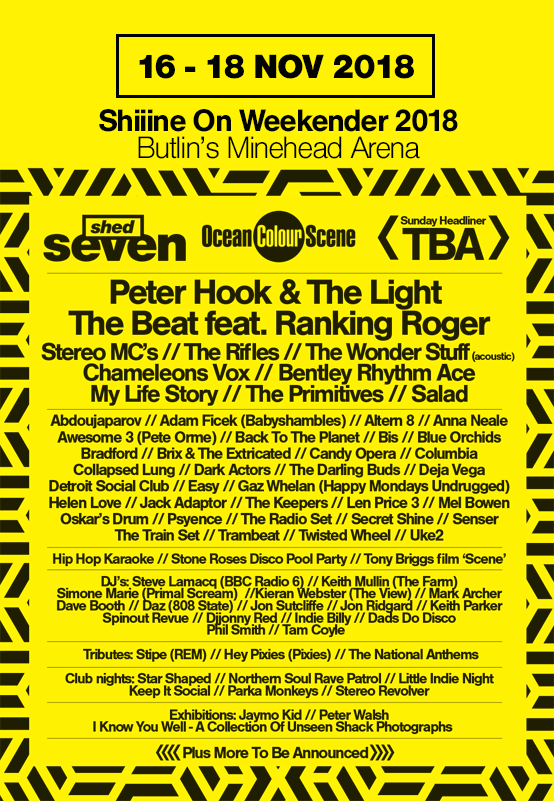