A Personal message to you Jack - I Loved this, every film. - Thank You - Best pauliepaul
Created by BAFTA nominated British film maker Jack Jewers, and with narration from Adam Roche - host of the Secret History of Hollywood podcast, inVERSE is a collection of five film shorts that use five of the world’s oldest poems to explore how we live today and they are all FREE to watch.
​Each film takes an ancient poem as a prism through which to explore the world today. With historical poems ranging from the 1st Century Italy to 1500 BCE Mesopotamia, these five short films explore time and the human condition using the language of the ancients and the modern film making techniques of the 21st century. In celebration of humanity’s long relationship with poetry on World Poetry Day, these five films are a reminder that in these troubled modern times, poetry still has the ability to sooth and inspire.

Far from being dry, remote echoes of a long-gone age, each poem chosen for the collection feels like it could have been written yesterday. And why shouldn’t they? People are people. Our dreams are nothing new. Our ancestors had the same hopes and fears that we do. And if we can understand this, perhaps it helps to put some of the problems of our modern world into perspective.

The five films being released to mark
​ World Poetry Day on Sunday 21st March are: 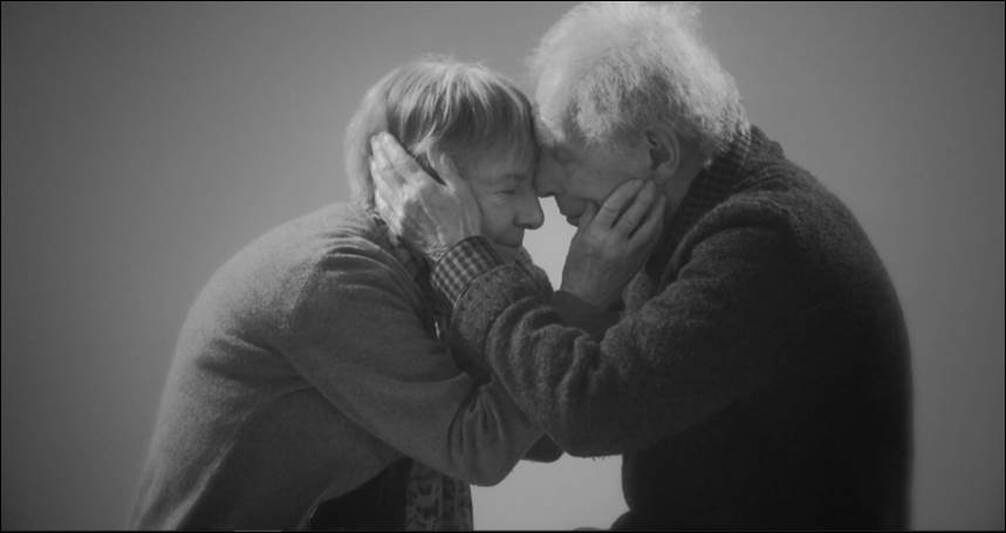 Production Notes: None of the couples you see in the film had met before they came into the studio on the bright, spring day on which it was filmed – with one exception. The older couple are Alfred and Leila Hoffman, who were 92 and 83 at the time of filming, who have been together for over 60 years. The velvet-voiced narration is provided by Adam Roche, host of the Secret History of Hollywood podcast – required listening for all classic movie fans.

Long Wall
Based on the poem He Waters His Horse By A Breach in the Long Wall
Anon. China, c.120 BCE

Jack Jewers says: The first time I read this anonymous poem – dating from the Han Dynasty in China, sometime around 120BCE – I was blown away by its age. How can a poem this rich and vivid be so old? The idea for this whole series of films grew from there. The poem conveys such poignant feelings of separation and loss that it seemed to be perfectly suited to a tale of refugees, far from home. 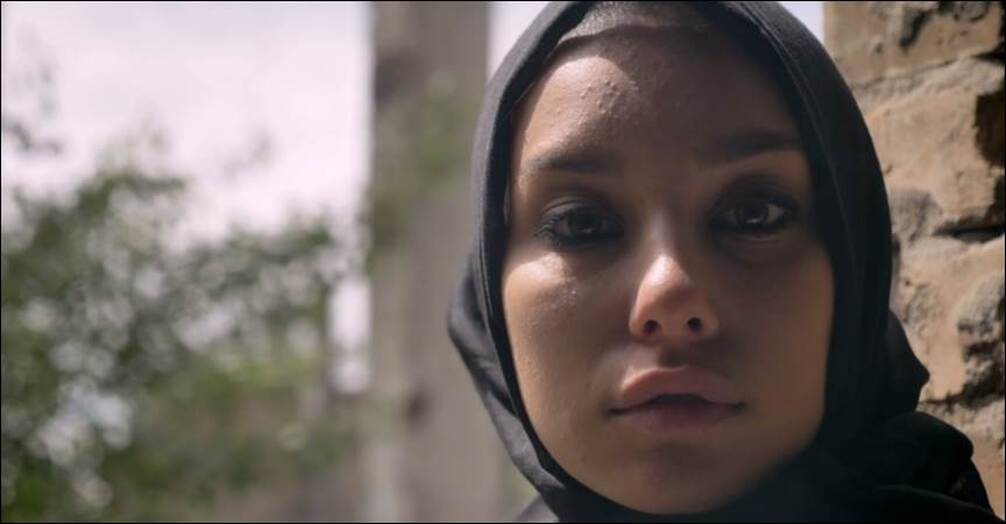 Production Notes: The refugee crisis is close to actress Sophia Eleni’s heart. Her mother fled the war in Cyprus in the mid-1970s, Most of the footage that ends the film was donated by the charity Refugee Rescue, who undertake tireless work saving desperate people at sea.

​My Heart
Based on the poem My Heart Flutters Hastily Anon.
Mesopotamia, c.1500 BCE

Originating from ancient Mesopotamia, “My Heart Flutters Hastily” is a delightful reminder that those giddy, dizzy feelings you can get when you really like somebody are nothing new. Whether it’s in a world of dating apps and socially-distanced love, or from a time that feels unimaginably distant, people have been falling in love the same way forever.

Production Notes: inVERSE started life in a world before anyone had ever heard the word ‘Covid’ and lockdown was something to do with home security. So when the world ground to a half in the spring of 2020, Jack had to find alternative ways of finishing the project. Working with Los Angeles-based actress Joanne Chew, Jack devised a method of directing over Zoom while she recorded the takes on her phone, as selfies. The result is the lightest of the five films, and the sweetest.

inVERSE: My Heart from Jack Jewers on Vimeo.

The Look
Based on the poem Take Care With How You Look
from Ars Amarosa by Ovid. Italy, 1st Century CE.  (Abridged).

The Romans knew how to have a good time. The Look is an abridged version of ‘Take Care With How You Look,’ a chapter from Ars Amarosa (“The Art of Love”), by the poet Ovid. Its themes of rejecting false nostalgia about the past, and embracing the richness of the modern age, sounded to me like a celebration of inclusivity and tolerance. Of course, Ovid was writing about a very different age to our own, but the message holds as true today as it always has been. And what more fabulous harbingers this message than Drag Queens United? 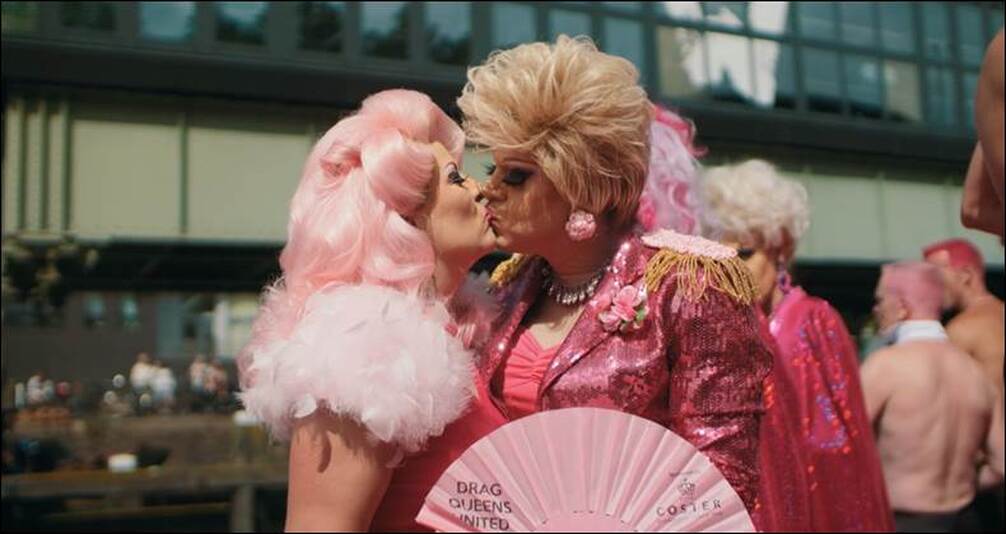 Production Notes: This is the only inVerse short that was put together from found footage, rather than filmed specially for the series. The lovely, colourful, joyous shots of Drag Queens United were taken at Amsterdam Pride in 2017.

inVERSE: The Look from Jack Jewers on Vimeo.

The Dawn
Based on the poem Salutation to the Dawn
by Kālidāsa (attributed) - India, c.400 CE

Considered the greatest poet of ancient India, Kālidāsa is a founding figure of world literature. And yet, a lot of mystery surrounds Kālidāsa. Some scholars even question whether he was a real person, suggesting instead that his work a kind of collected greatest hits of the ancient Sanskrit world. And perhaps it's appropriate that such an inspiring poem was written by a semi-mythical figure. It sounds to me like a rallying cry for a better tomorrow. And who better to get that across than young street protestors? 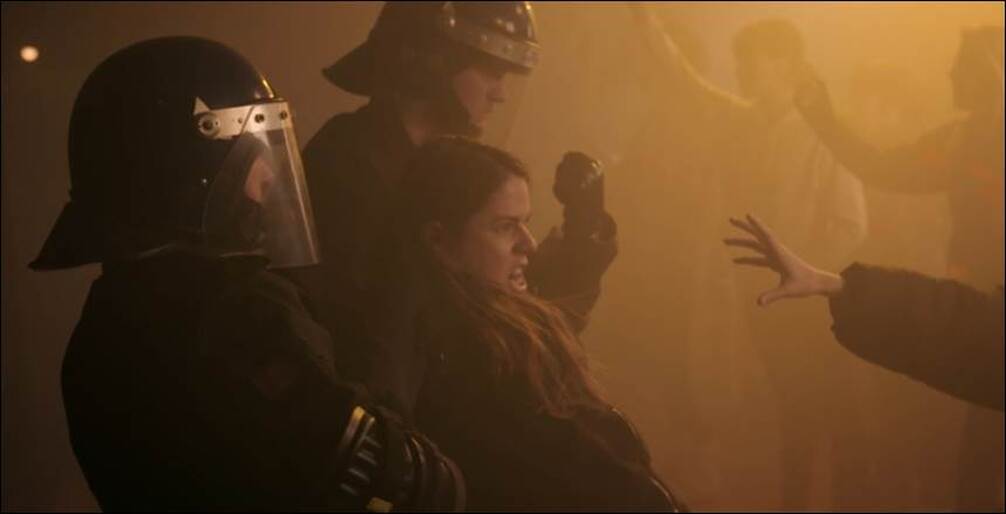 Production Notes: ‘Bullet time’ is an effect that makes objects and people look like they are frozen in thin air. Creating true bullet time requires two things we did not have – time and money. So instead, Jack took a low-fi approach. Aside from a few simple computer-generated touches to enhance the overall effect, everything you see is done for real. The protestors are all professional dancers, who had the strength and balance necessary to be able to keep still for extended periods of time – often in difficult and uncomfortable poses.

inVERSE: The Dawn from Jack Jewers on Vimeo.

​Jack Jewers is a filmmaker and writer. Passionate about telling stories in all media, his body of work crosses film, TV, and digital. His short films and web series have been shown in and out of competition at dozens of film and web festivals, including Cannes, New York, Washington D.C., Marseille, Dublin, and London’s FrightFest.

In 2014 he developed and directed Night School, a web series based on the popular young adult novels of the same name. It quickly grew from a couple of low-budget short films to become one of the highest-profile British web series to date. Jack’s numerous short films as director include the critically-acclaimed Shalom Kabul, a dark comedy based on the true story of the last two Jews of Afghanistan.

Jack has won several accolades for his film work, including an award from the Royal Television Society and a nomination for Best Short Film by BAFTA Wales. He has been invited to speak about his work at several major film and TV industry events, including Series Mania in Paris.

Poem: He Waters His Horse By A Breach in the Long Wall Anon. China, c.120 BCE