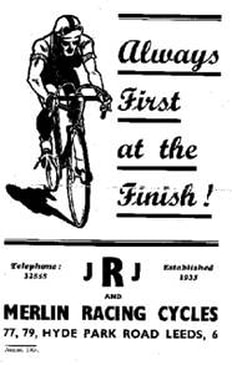 In 1935 J. R. Jackson opened the first “J.R.J. Cycles”with money borrowed from his mother,
​but upon the outbreak of World War II, the shop shut whilst Bob served in the Royal Air Force
On his return Bob restarted his old business and soon built up a successful line of lightweight racing cycles, as well as building frames for many of the well known cycle companies of the day. The purchase of the historic “Merlin” brand in 1955 brought new life to this classic marque & soon there were parallel ranges of “JRJ”s & “Merlin” frames. By 1964 The “Bob Jackson” special edition framesets & cycles were starting to make their mark & were featured in the 1964 catalogue.1969 saw the company move to 148 Harehills Lane, soon to become famous both here & across the Atlantic when “JRJ “ cycles showed at the only stateside show at the time, New York. Massive sales were followed by subsequent trips to the states & by the early 1970`s Bob had an unrivalled reputation in the USA & the UK.

Bob Jackson Cycles uses silver for all braze on, fittings & frame joins with the exception of Reynolds 853 where due to its unique properties we use brass, heated & cooled at specific rates to heat treat the tube joins & so achieve tensile strengths of over 100tons (twice as strong as 531)! 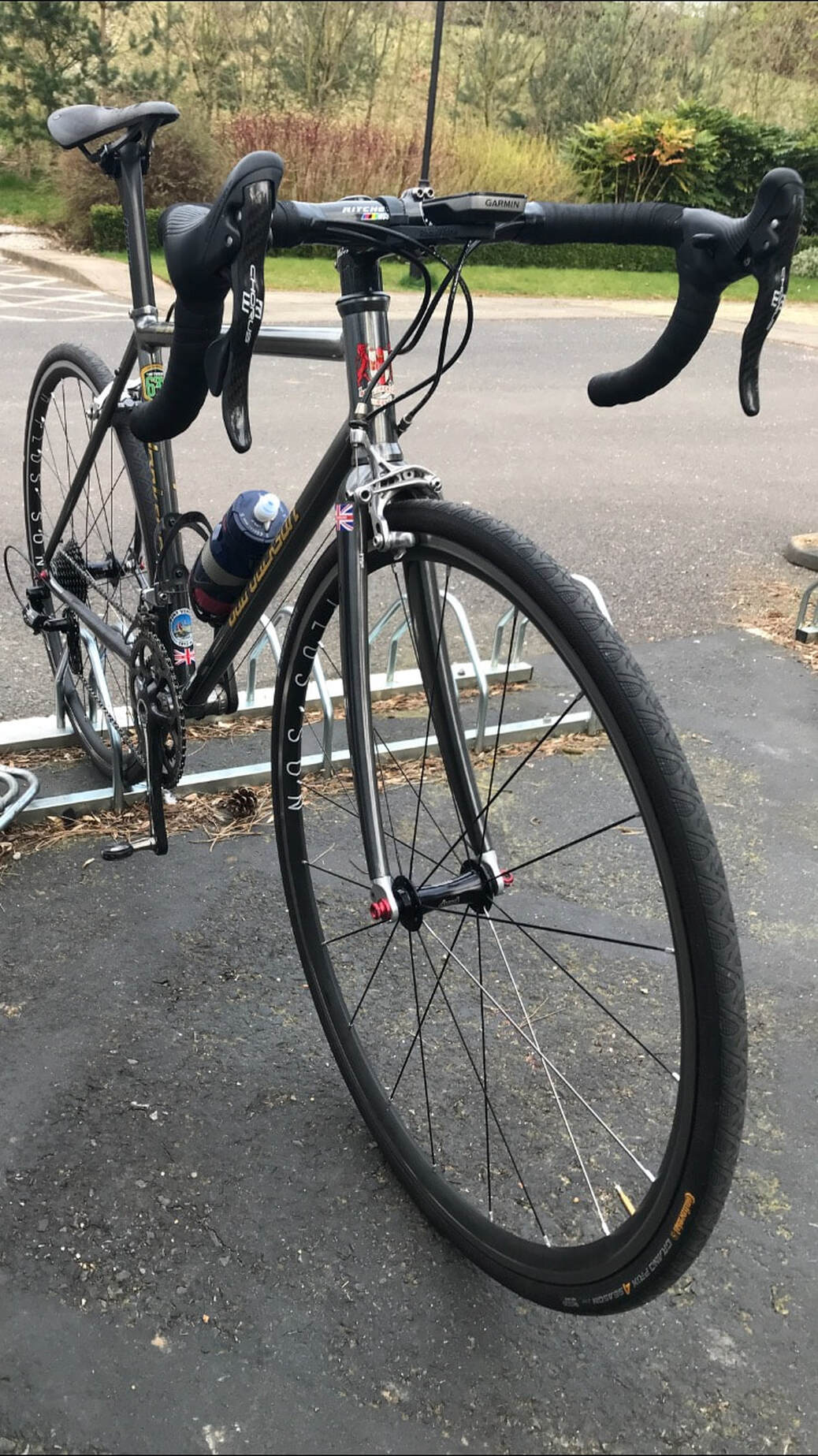 ​My brother's 'Bob Jackson'
(the actual one Pictured)

My brother Jamie and I are very different. We have got one thing in common however, we do tend to get obsessed about things.
Jamie fell in love with Bob Jackson Cycles years ago, finally heading up to Leeds to get measured for his beloved bicycle around 6 years ago.
As you can see from the photographs it is a thing of beauty, and very functional as well!
My brother has entered 100-mile races alongside club cyclist with high end carbon fibre cycles and surprised a few as he reeled them in on his relatively traditional looking machine.
As you’d expect from a high-quality handcrafted cycle, it wasn’t cheap, but you know what they say “you get what you pay for” and what he got is a cycle that he’ll be able to pass down to his sons, and they’ll be able to pass it down to their sons. (and so on..x)
Jamie chose the type of steel for the frame according to his requirements and dare I say budget. (but see the website, there's  a lot involved)
​He also chose which running gear he wanted, from his constant studying of such things.
He is always upgrading the running gear however, titanium wheel release bars etc, but the one thing that make this cycle so special, so desirable will always stay the same. The Bob Jackson frame.
pauliepaul
​
share
​