Well this has been a lovely journey for me, from looking at an album cover on a new releases email, to listening & loving that album; then finding out that the photo was taken by and indeed half of We Are Muffy is Nick Duffy from The Lilac Time - A band I adored in the 80's but lost touch with! Phew! Let me introduce you to Nick Duffy and Angeline Morrison, AKA: WE ARE MUFFY !  pauliepaul

Recorded in Nick’s garden studio – once a suburban double garage, now inaccessible by motor vehicle due to encroaching foliage – "The Charcoal Pool" is replete with the sounds of the neighbourhood. Crows, robins and seagulls all put in an appearance, as does the rain on the skylights and the trains on the adjacent branch line.
You may have already heard We Are Muffy on BBC 6 Music, BBC Introducing and BBC Radios 2 & 3. They can be found at various festivals during the summer months. Catch them if you can, they are quite shy.

We Are Muffy
​talk to pauliepaul

Firstly, how did WE ARE MUFFY come about? (I think I get the name..) It sounds like you two have worked together for years!

A:  We had known each other for about 7 or 8 years, just through both being part of the music scene in Cornwall. We hadn't worked together though. That all began when Nick came backstage after one of my solo sets and asked if I'd be interested in contributing some vocals for his album of unorthodox cover versions, 'Simulacra Two'. Of course my YES was instant and very enthusiastic, this sounded super exciting! I love an unorthodox cover version. I fully expected to spend no more than a couple of afternoons in the studio with Nick, but some sort of musical alchemy began. We quickly realised that
our approaches to, and understanding of music, were unusually compatible. We also spent a good deal of time roaring with laughter, which is a very good sign... The idea to compose something together, drawing from our childhood and teenage experiences of growing up in Birmingham, came out of our first session. Two years later, we were handling out copies of The Charcoal Pool like proud parents.

N: Two things, or perhaps three, happened as a result of that first encounter. The first was that Angeline got me singing. The second was that not only did she get me involved in writing songs with her (as opposed to instrumentals), but she made the suggestion that those songs be about Birmingham, a place that I had resolutely turned my back on since leaving at the age of 18.

A: I really love and miss the Homelands...

What were the first songs you two worked on then? Was it a gateway?

N: A version of Don't You Rock Me Daddy-O, which appears on Simulacra Two, was the first song that we made together, and the first song referencing Birmingham.  Making The Charcoal Pool followed on naturally from there.

Did this union feel right? Did it surprise you? It sounds an exciting time?

A: Yes, it was an exciting time - we never quite knew what we would come out with at the end of each session. We did lots of experimentation with found sounds, and ideas seemed to flow boundlessly from us both, as soon as the concept was in place.

N:  It certainly surprised me, the way this collaboration took off, and how it opened up a new possibilities for music making. When I asked Angeline if she'd come and do some singing I wasn't expecting her to ask me to do some singing too.
​ 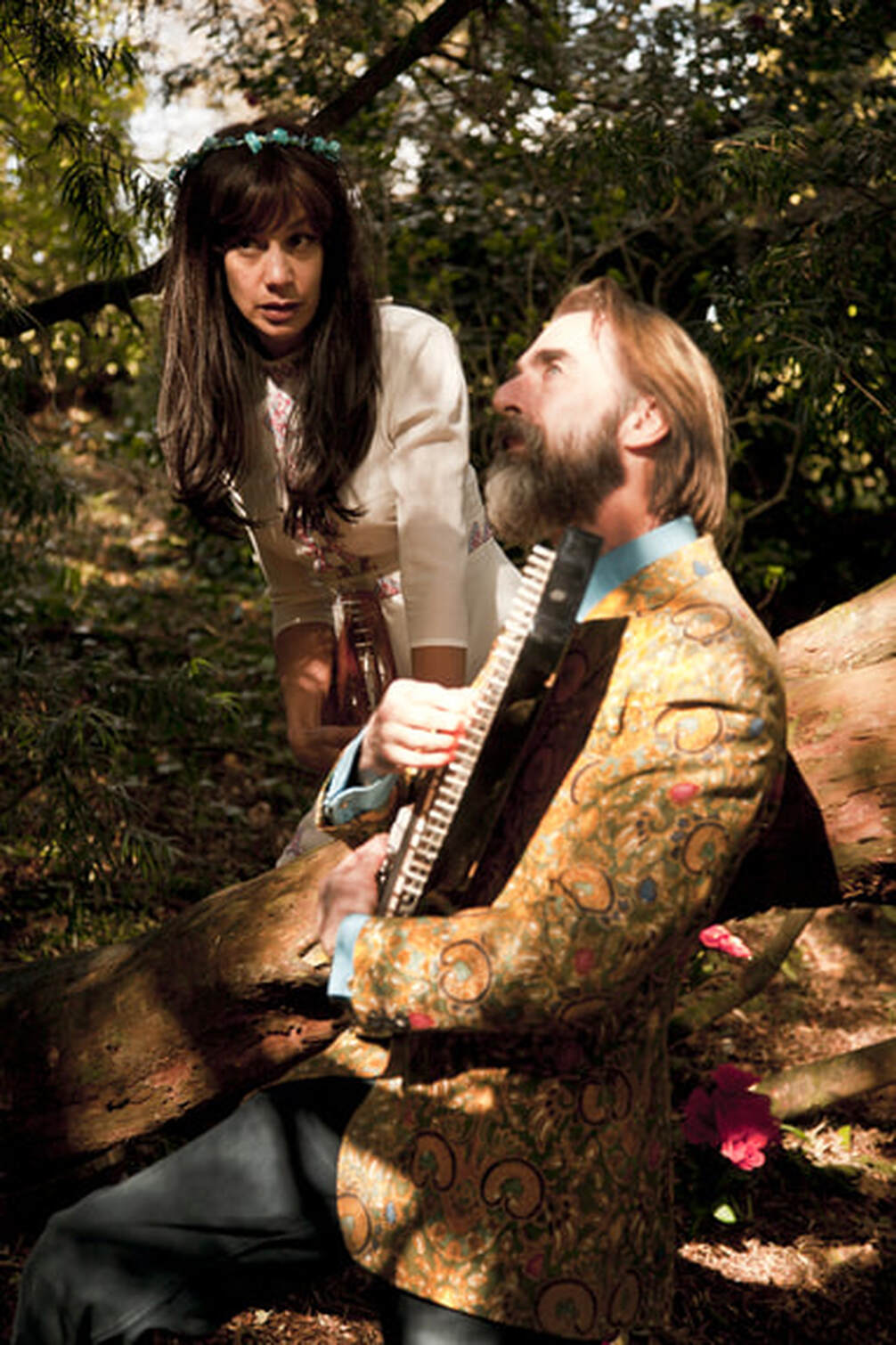 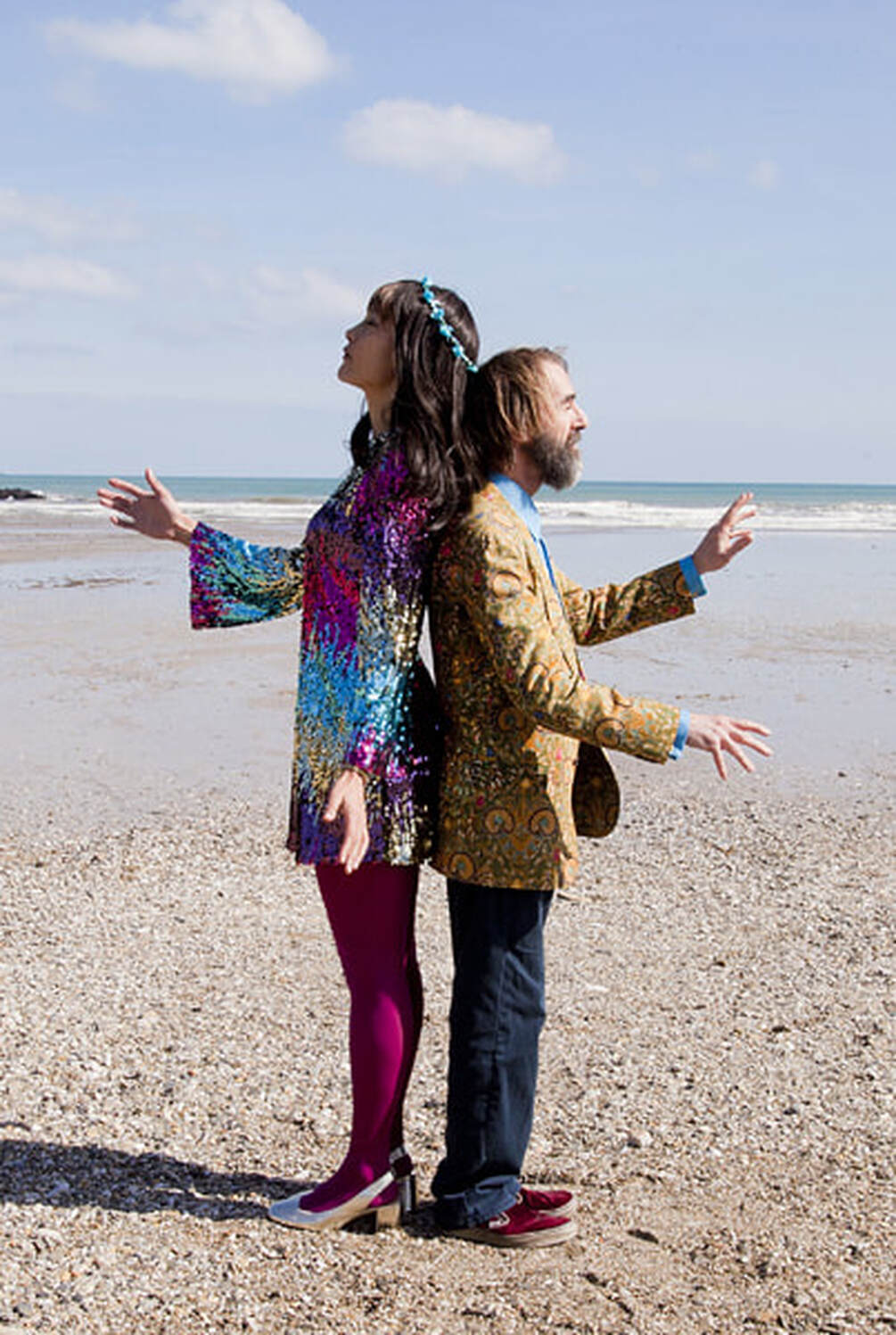 Listen to The Charcoal Pool Here! -
​The album feels really natural, did it take a long time to record? Did it fit/flow?

Although it was recorded over quite a considerable length of time, the recording sessions themselves were very brief and intense. We tried to keep it as 'live' as possible, singing together into one microphone, that kind of thing.

What about production, Nick? With your experience... was that you? Or something you both worked on?

N: We both have a long history of making music, and on this project we were both equally involved in every aspect of the shaping of the sound. I will be producing Angeline's forthcoming solo album, though...

Just because I'm intrigued by it,  can I touch on the music business? Because you both (as mentioned) have been in the business a long time. Is that kind of Duran or Spandau fame still hovering over today's bands?  I’m not sure what I’m asking… deep breath… !
The revenue generated from singles and CD sales was enormous in the 80’s – 90’s! I wonder how bands make any money now. Illegal downloads and fights with Spotify etc... how do you see the industry going? Do you know what I mean?

A:  honestly your guess is as good as mine! I believe it's still in the process of imploding and reshaping itself, and anything at all could happen as a result. In the meantime, I think musicians will simply carry on making their work and being as resourceful as they can... Creativity is a powerful force and it nothing can kill it, or stop new songs from being born all the time. That's my belief.

N:  There's a lot more debate about how musicians - and artists of all kinds - make money now, which has to be a good thing. Before, the generally accepted notion was that you just had to become very famous, on merit, and then the cash came rolling in. That helped keep the myth going that there are only a few incredibly gifted people and everyone else just has to shrug and get a job. Also I wonder how all this has affected plumbers, since they're always the go-to comparison when there's talk of artists working for free - 'You wouldn't ask the plumber to fix your cistern for the exposure.'

Ok, enough about that … sorry!
You’ve touched on the album being written about, or around, living or growing up In Birmingham - Angeline already mentioned the album cover was a photograph taken by you Nick as a teen.
Can I ask, what’s the Cornwall connection? Is it the folk scene? Or just because it’s magical place?

A: We have lived there for some time and have a strong love for the magic of the place. We wanted to view our pasts through the lenses of place, so the various aspects of growing up in an industrial city environment are seen from a present environment where you consciously surround yourself with trees, raging oceans, cliffs, and the tiny sounds in nature that you sometimes don't notice.
There was a Virginia Woolf quote about the past that kept coming up for me, "I can only note that the past is beautiful because one never realises an emotion at the time. It expands later, and thus we don't have complete emotions about the present, only about the past".  That was such a powerful idea, that our experiences need to be matured, a gathering process that involves time... We were both interested in re-examining our past experiences (some delightful, some brutal, and all the shades in between) whilst within the gentleness of our chosen surroundings of Cornwall. The making of those experiences into songs really helped in that process of expansion that Woolf wrote about. Some
of the examining was very hard, and I felt such love for the nurturing container of Cornwall that eased me through it.

"...the past is beautiful because one never realises an emotion at the time. It expands later and thus we don't have complete emotions about the present, only about the past".
(Virginia Woolf

N: Cornwall has its own industrial past and a lot of the landscape is in recovery from that. So it's also a bit like what Birmingham could look like in the future if it too became beautiful ruins. The songs would have come out very differently had we written them in Birmingham, I'm sure of that. And as well as being geographically distant, there's something about the distance in time that may have given rise to that impression you got - that we'd known each other a long time. Because we were both trawling through our early experiences, comparing and combining them, it feels like we've created or reclaimed a common past.

You're both working on solo projects. Will we see another We Are Muffy album? It's a light album, yet at the same time intense! The tracks, for me, have an extra dimension to them, somehow more than just music and lyrics...

A:  We actually wrote many more songs than there ended up being room for on one album, so yes, some of these will appear on the next We Are Muffy album. Each song has a little story attached, a fragment of memory or a situation. We usually say a little bit about these on stage, though we also wanted to make sure that you don't need to know the story in order to fully 'get' the music. The songs had to stand on their own, with the stories as additional little ways in.

N: I like that - people have to try and figure out where a song like 'Black Attracts Heat' could possibly have come from. So far, no one has, to our knowledge.

Well I’m going to find out Nick! It has been a real pleasure chatting to you two. We got there in the end! I know you’ve been working hard at various festivals, but thank you so much.
Finally, good luck with your solo projects, Nick - it would be a dream to hear a new album from the Lilac Time & also your new album Angeline! Hint-Hint! - big love X
pauliepaul
share
google.com, pub-1336815800049544, DIRECT, f08c47fec0942fa0