According to the 19th century poet and philosopher, Samuel Taylor Coleridge, most fictional worlds rely on what he called the ‘willing suspension of disbelief’. Coleridge - whose famously opium-infused work Kubla Khan was a case in point - thought that if you could write "human interest and a semblance of truth" into your story, the reader would go along with all sorts of flights of fancy.

And lo, here doth we find ourselves, at the gates of the stately pleasure-dome that is The_Chambers... I feel I should warn you, this is a ‘review’ for a place I’m sworn to secrecy not to talk about. What I can tell you is, it’s a place that wants to entertain, thrill and feed you - maybe not with honey-dew and the milk of paradise, but plenty to intrigue even the most jaded of palates. I can’t tell you where it is exactly, but I can tell you that it’s somewhere in the heart of London on this particular plain of the multi-verse.

The_Chambers has manifested before - the company behind it - Gingerline - are notorious throughout space and time for this sort of thing. Tickets sell out fast - there are returns though, so it’s worth trying your luck. 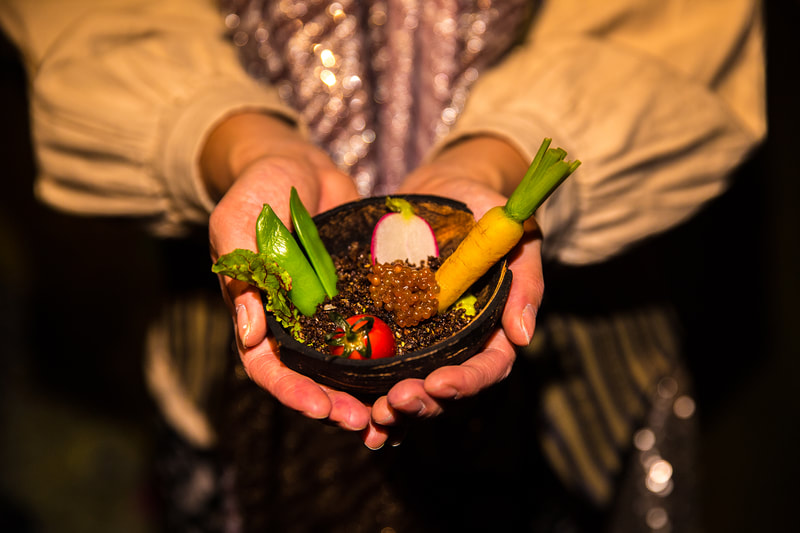 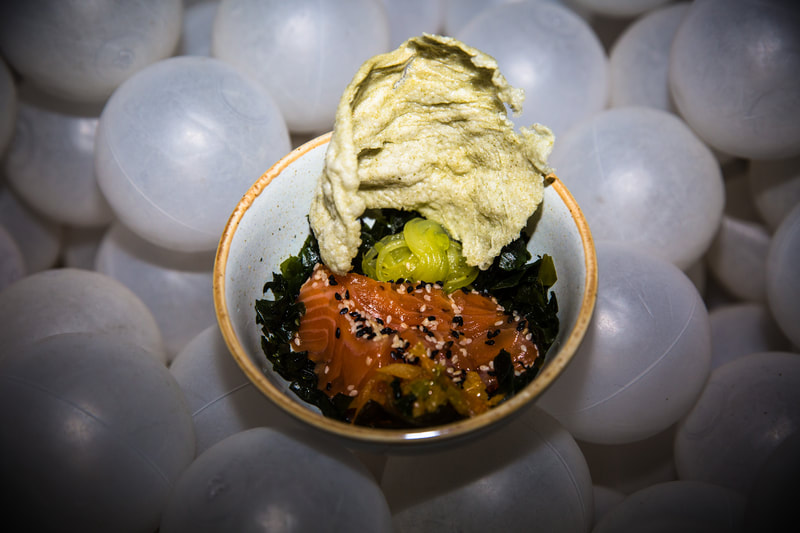 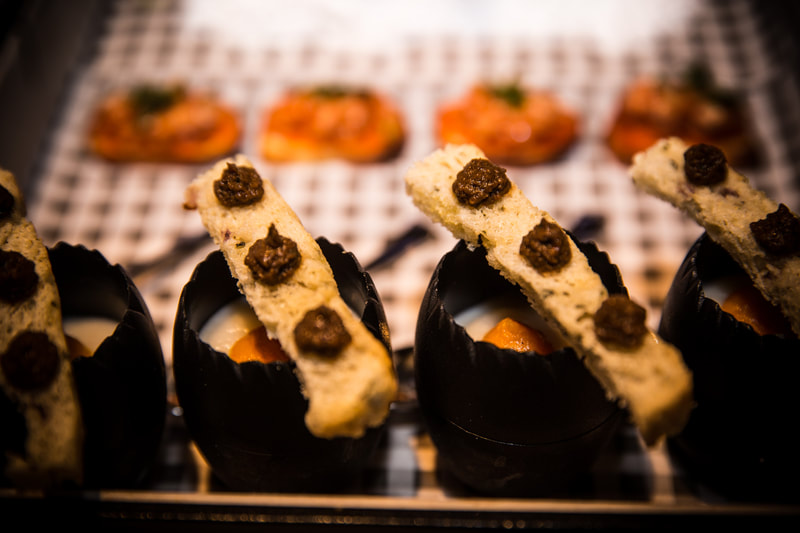 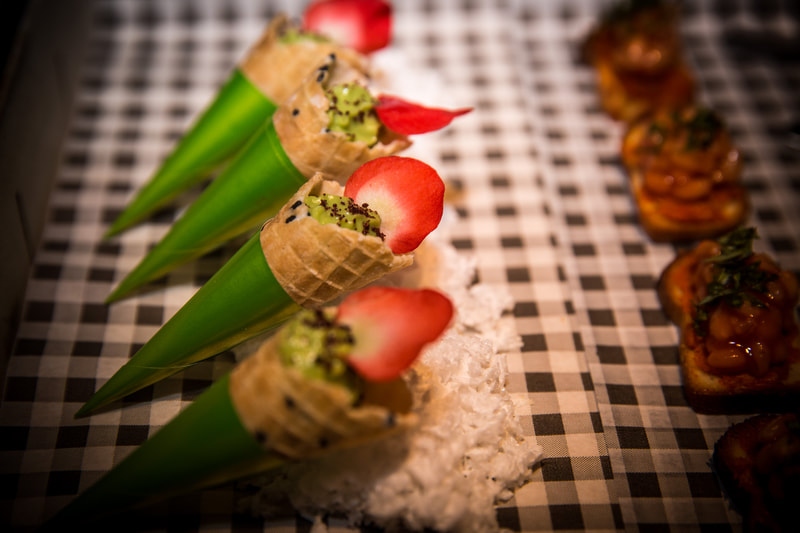 If you’re planning on visiting The_Chambers this summer, it’s good to to arrive with an appetite and a willingness to try new things. Without giving too much away, The_Chambers describes itself as “a palette-twisting, interactive, multi-dimensional dining adventure”. I’m not getting into trouble - I hope - if I suggest you dress for malarkey. Clothes you can move - and eat - in and shoes you can escape from danger in are recommended - high heels, not so much. This is Immersive Theatre taken to the next level - several levels, in fact. The fact that they take you through the experience in groups large enough to not be single parties (unless there are 16 in your gang) means there’s a chance for bonding with strangers, as well as some collective hilarity as you inevitably get pulled into the strange and delightful set pieces along the way. 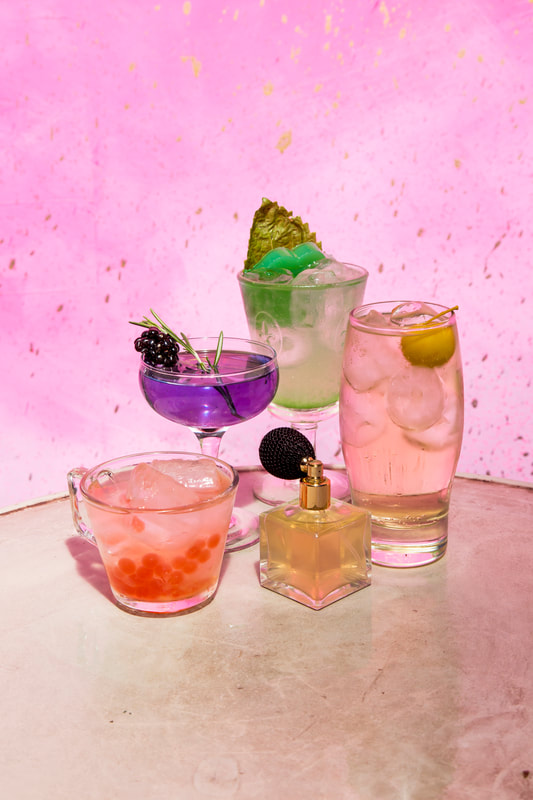 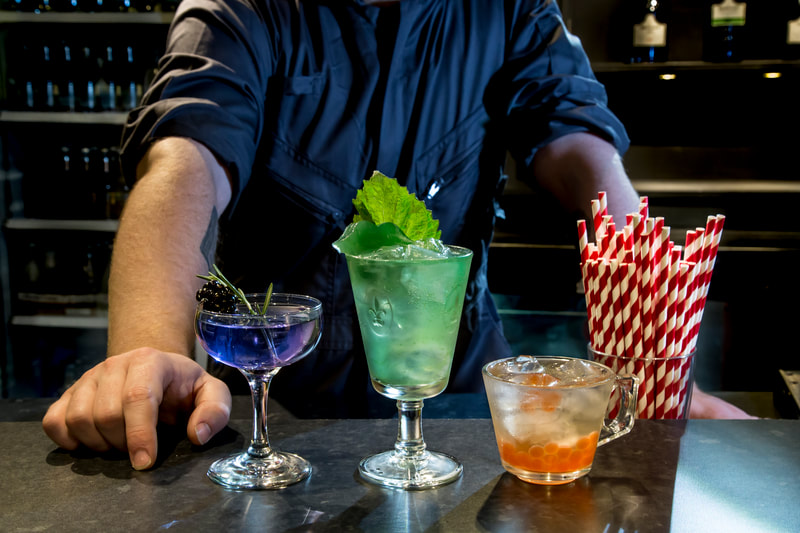 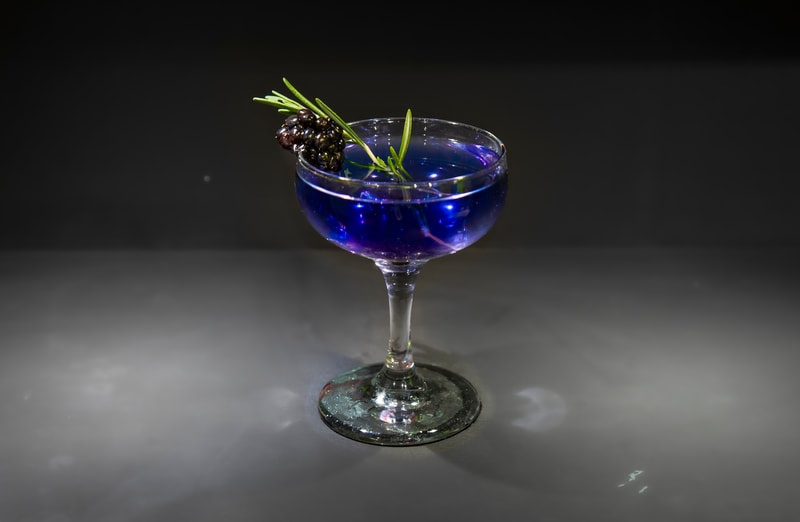 I descended into The_Chambers with an old friend I hadn’t seen in way too long. We had time on the way through the, errr... - ‘stuff’ - to catch up and enjoy each other’s company - as well as fully engage with the shenanigans on offer. By the finale/dessert, we were like a pair of teenagers (in our heads - Patsy and Eddie in Ab Fab more like, in real life) - buzzed on thrills, sugar and Cava - disco giddy and not at all ready to leave our new reality ever, ever, ever. Thankfully the crew at The_Chambers were consummate professionals, there to help us decompress and disperse our excess energy (big thanks to Rebekah and the on-it-like-a-car-bonnet bar staff here too). The_Chambers blew our minds just right. We absolutely loved it and created a golden memory to take with us, back to whatever reality ‘this’ is... Michelle Olley
​For more info/booking:
​ www.chambersofflavour.co.uk
#gingerline #glchambers #chambers4