Focused on making the arts, media and entertainment industries more inclusive and accessible in the UK, the not-for-profit Visionary Arts Foundation helps to develop and launch the careers of young creatives from BAME, LGBTQ+, disabled and low income groups as well as anyone who feels their story is not being told in the mainstream. The Visionary Honours launched last year to ensure culture, media and entertainment that have inspired social change and debate are recognised.

Nominations for the second Visionary Honours particularly focus on Equality, Diversity, Inclusion, Mental Health, Anti-Social Behaviour and Environmental Change. From books that are breaking down mental health stigmas, to television shows inspiring self-love and positivity, films and documentaries that ignite and inspire generations to come, to gender-bending, rip-roaring feminist theatre shows and songs that are brimming with hope and a social message to be heard, the Visionary Honours offer a vital space and platform for under-represented voices that are having a cultural impact in the UK today.

Highlights of this year’s nominations include, Booker prize winning author Bernardine Evaristo who has made waves in the UK and beyond for her bold exploration of identity, race, womanhood and the realities of modern Britain in the standout book of 2019, Girl, Woman, Other, the pioneering, heart-breaking and awe-inspiring Oscar nominated and BAFTA winning Channel 4 documentary FOR SAMA, the essential, powerful, affirmative track HERO on Michael Kiwanuka’s album paying homage to leaders and figures of the Civil Rights Movement, the fierce, fun and uplifting all female led musical SIX, which has become a West End sensation, and the television show everyone has been talking about RUPAUL’S DRAG RACE UK.

Spanning across culture, media and entertainment, the Visionary Honours is not just about rewarding talent, but primarily about highlighting the social impact their work has had and the inspiration it will give the next generation of creatives to make their own mark in the arts and communities beyond.
The prestigious Visionary Legacy Honour will be awarded to Sir Bob Geldof for his outstanding contribution to the music industry and the phenomenal worldwide social and cultural impact his humanitarian efforts have had over the years. Sir Bob Geldof will be attending the Visionary Honours awards ceremony to collect the award. 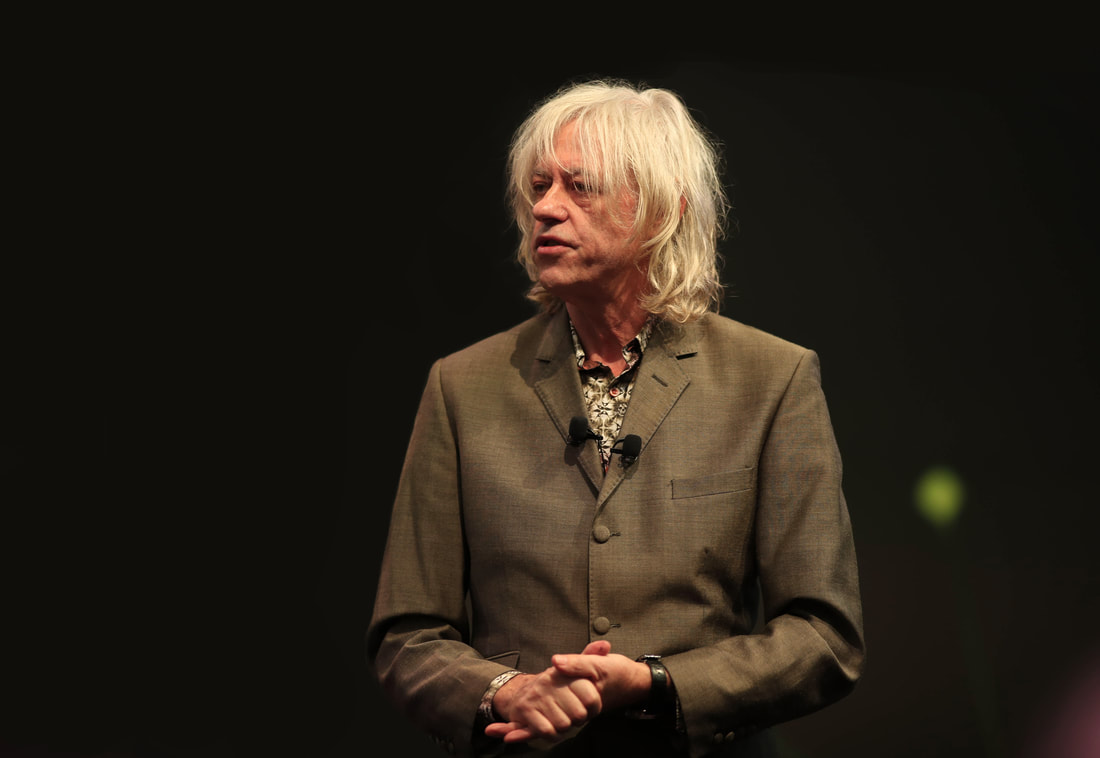 The winners will be chosen by a public vote which opens on Thursday 20th February and they will be announced at the Visionary Honours on Wednesday 18 March at Ham Yard Hotel.
​

THE NOMINATIONS
For The Visionary Honours 2020

Nominations in the 10 award categories were made by our industry judges and editorial team.

BOOK OF THE YEAR

CROSSFIRE – Malorie Blackman
GIRL, WOMAN, OTHER - Bernardine Evaristo
IT'S NOT ABOUT THE BURQA - Miriam Khan
IT'S NOT OK TO FEEL BLUE (AND OTHER LIES) – Scarlett Curtis
PROUD – Juno Dawson
TRUTH TO POWER – Jess Phillips

​FILM OF THE YEAR

​DOCUMENTARY OF THE YEAR 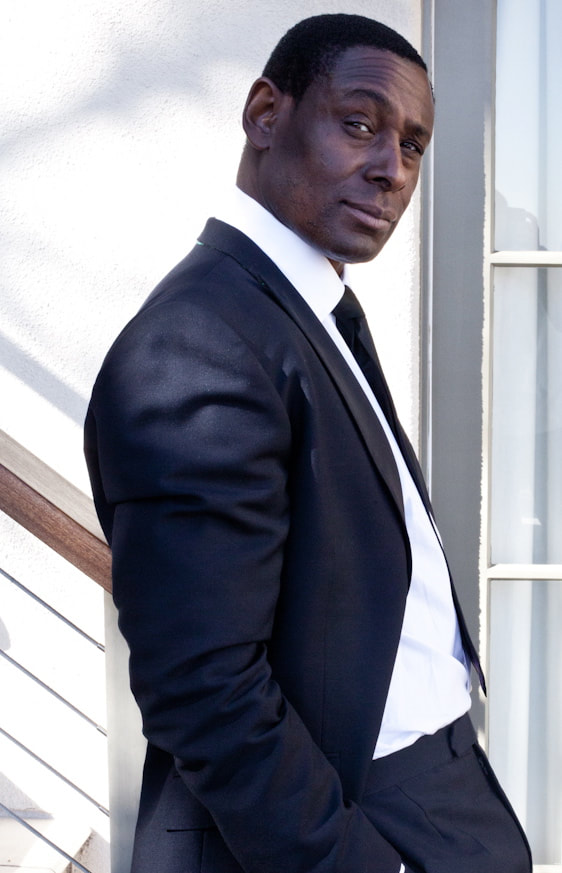 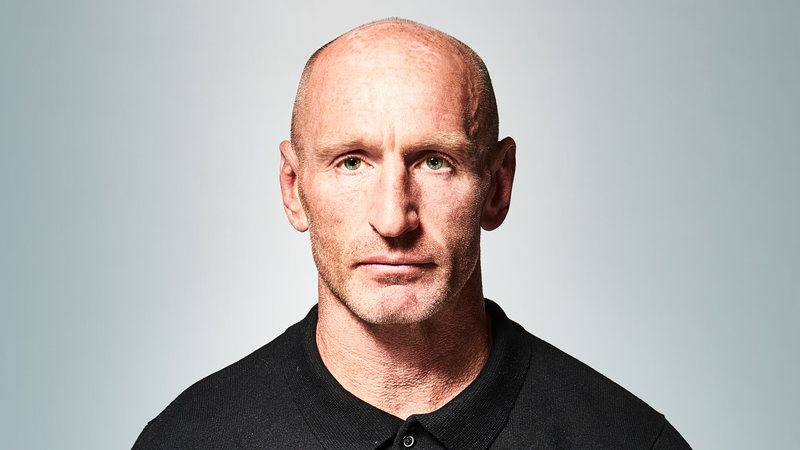 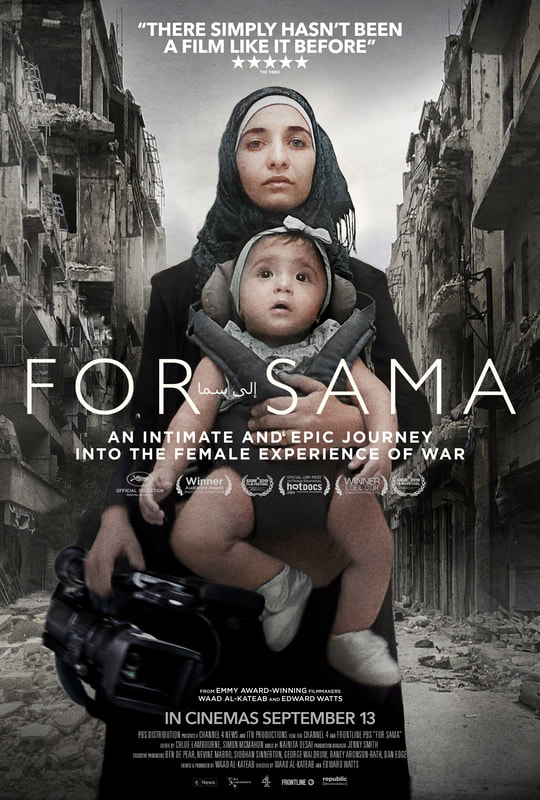 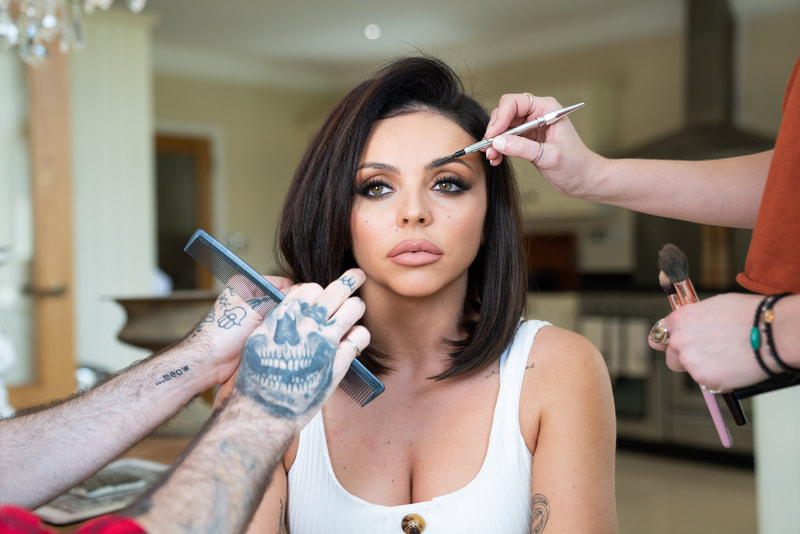 ​TV SHOW OF THE YEAR 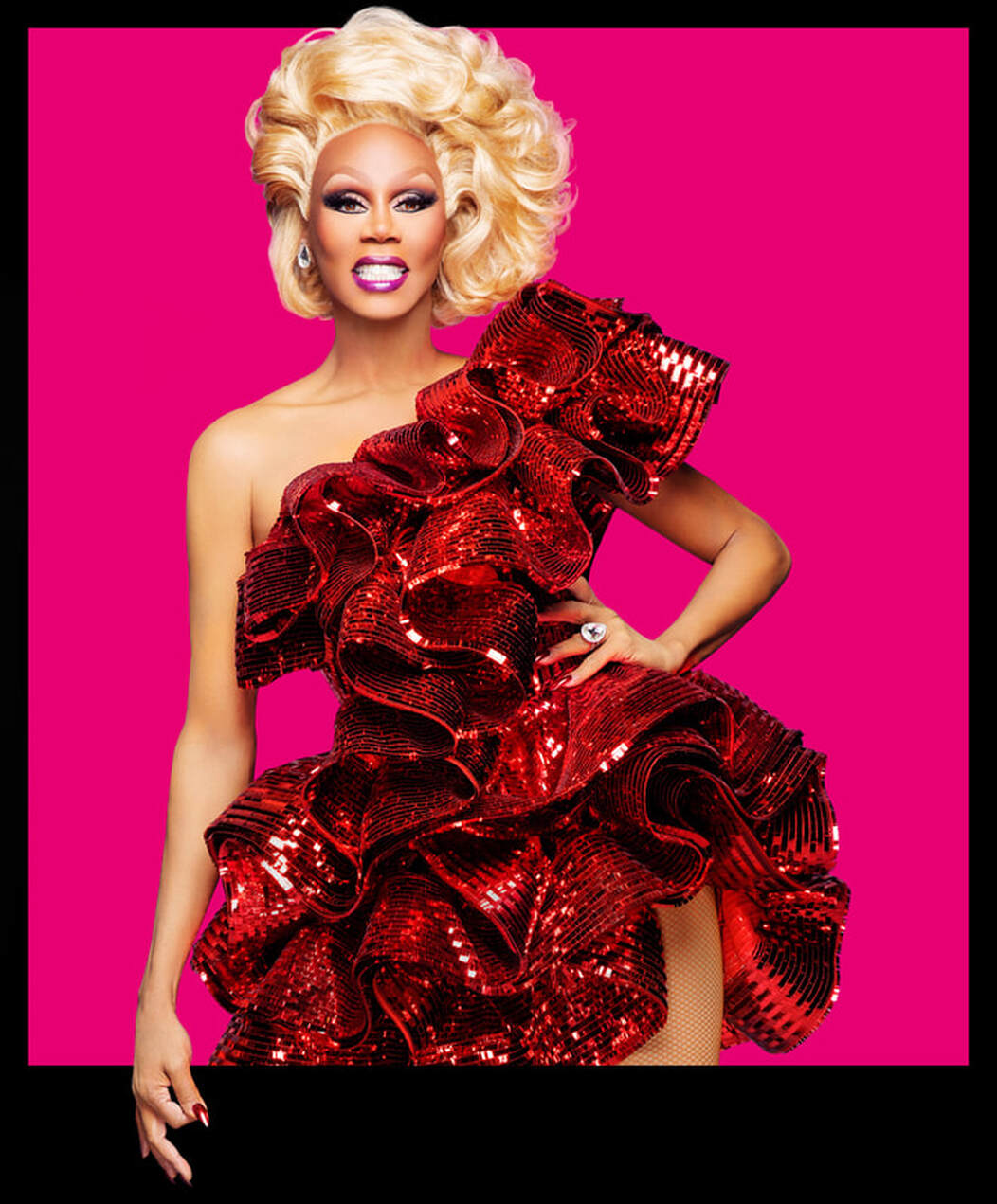 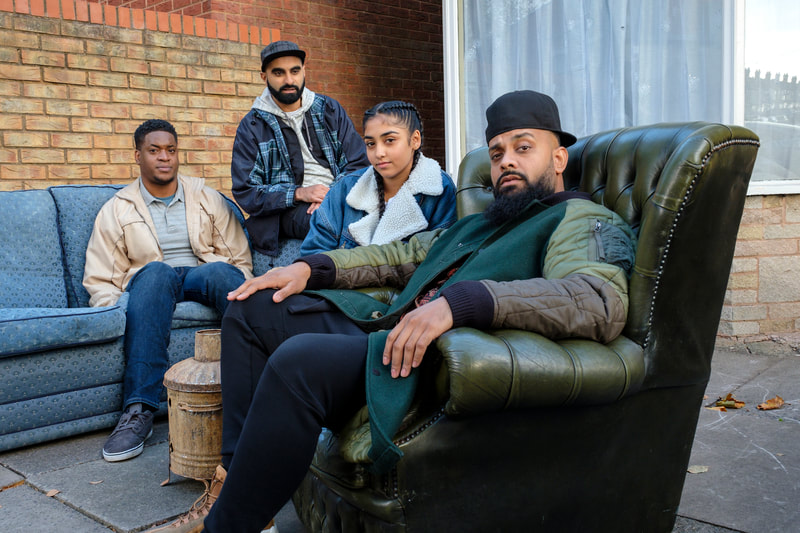 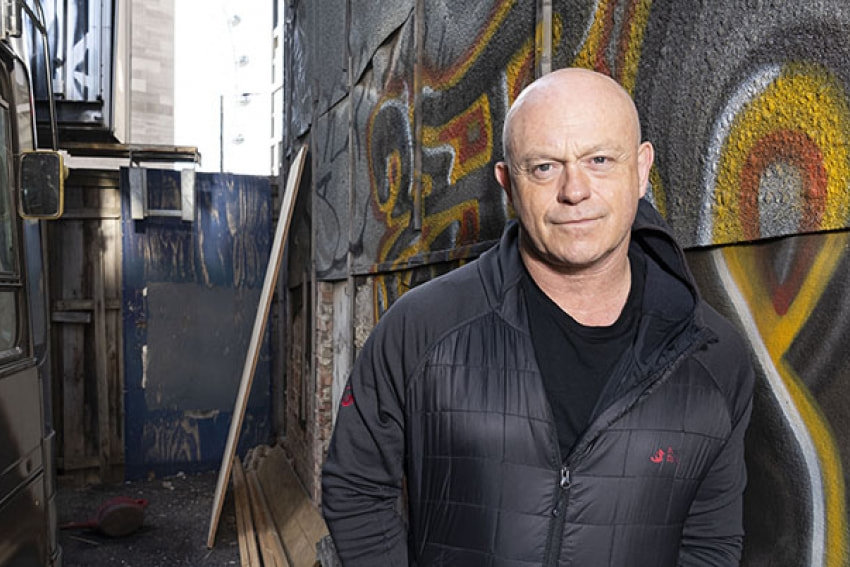 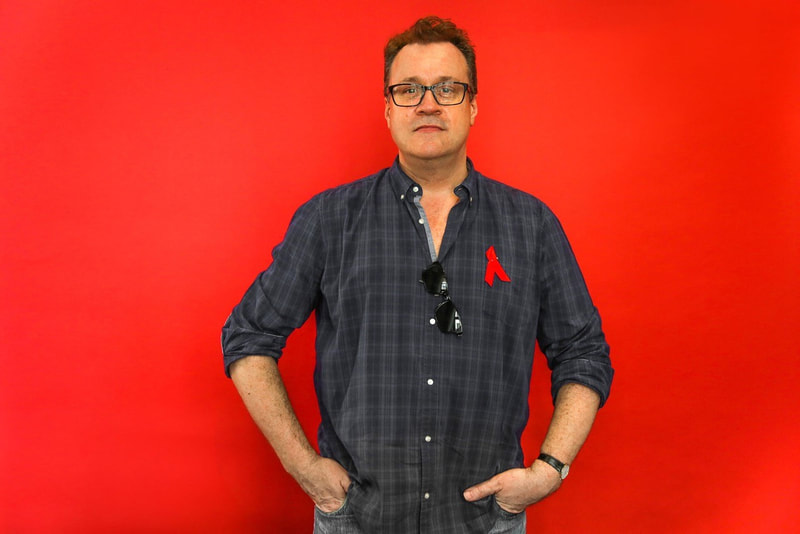 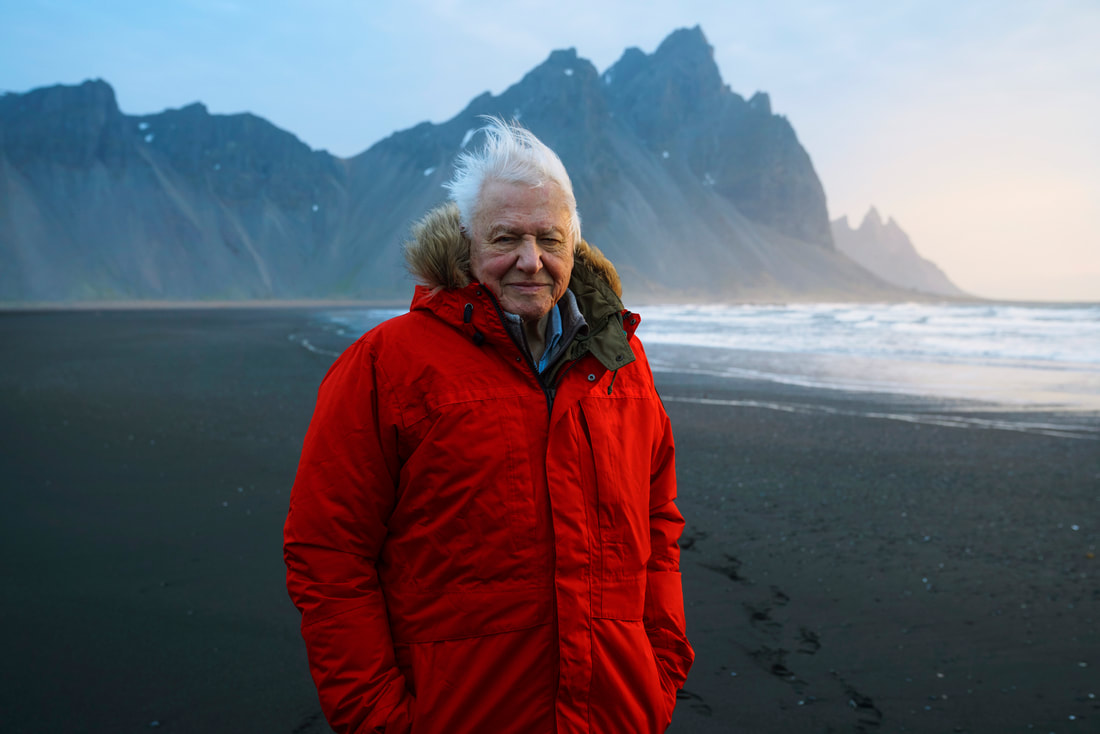 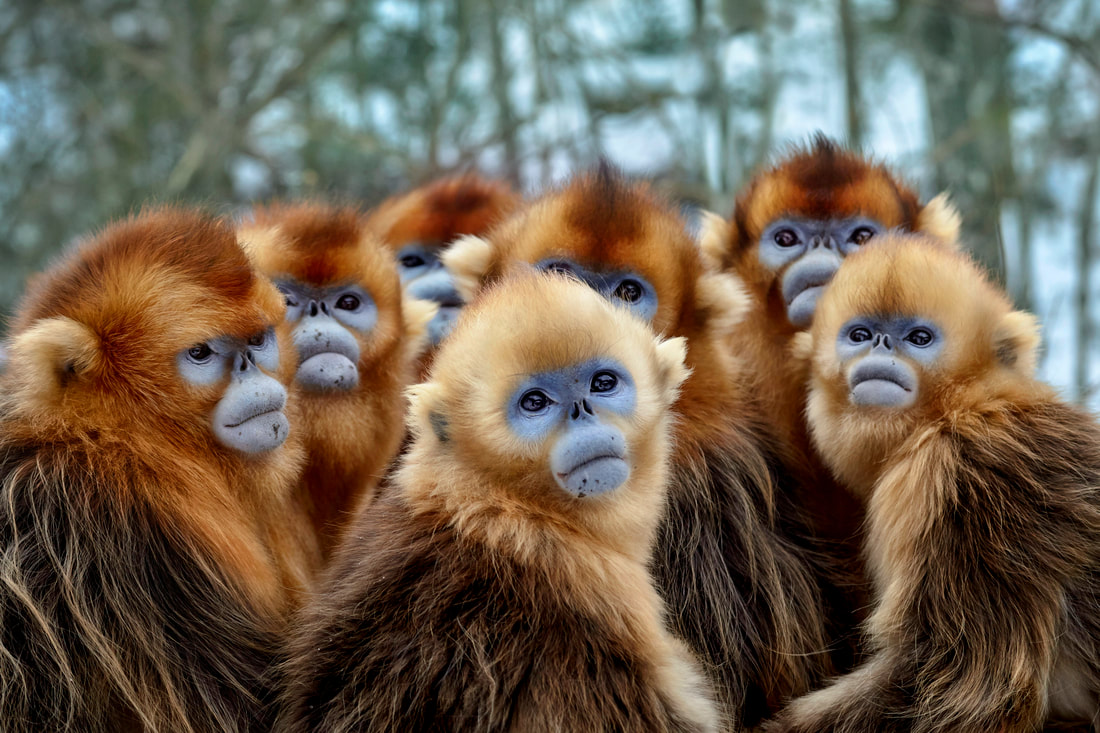 ​SONG OF THE YEAR

​ALBUM OF THE YEAR

​PLAY/MUSICAL OF THE YEAR 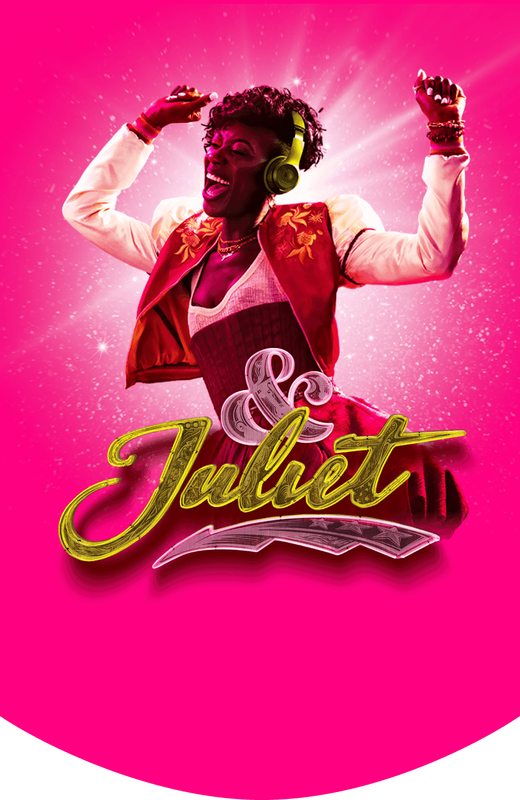 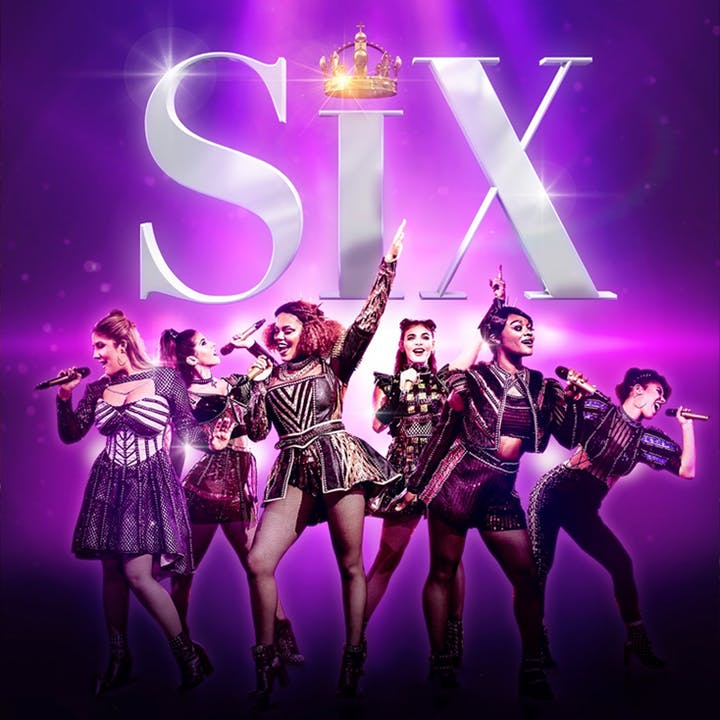 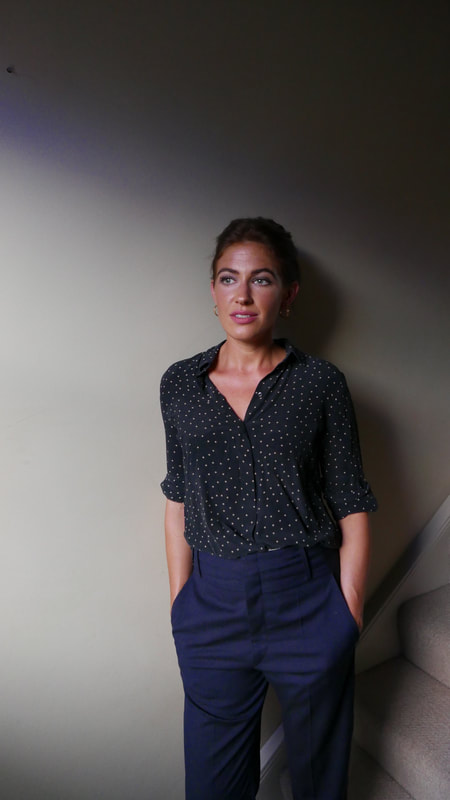 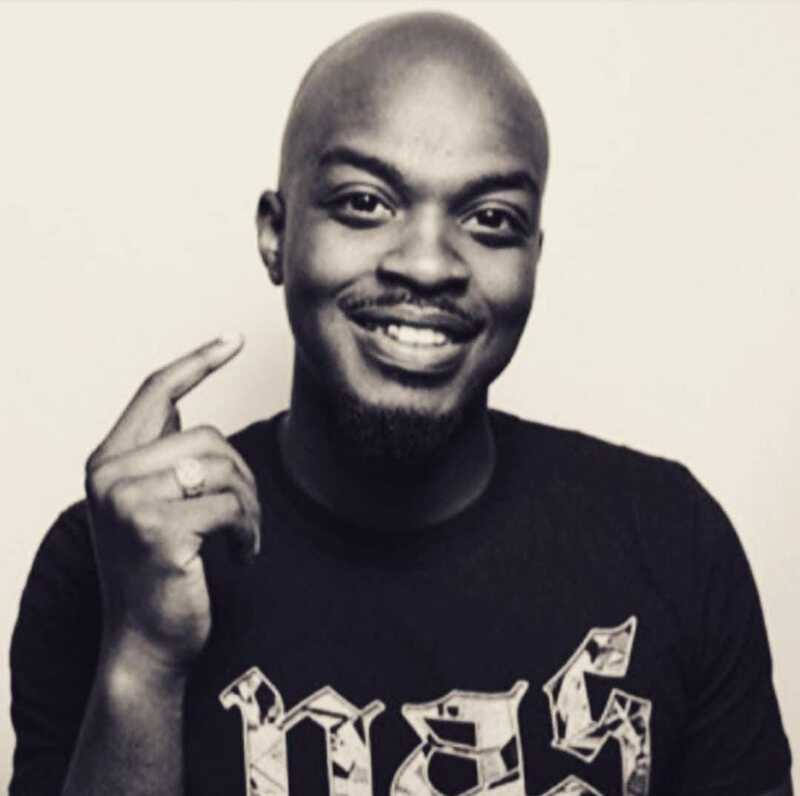 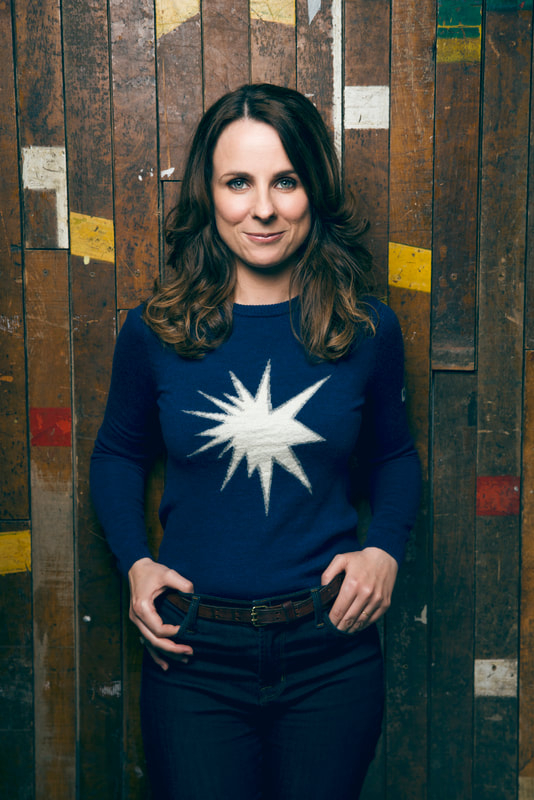 ​COMMUNITY PERSON OF THE YEAR 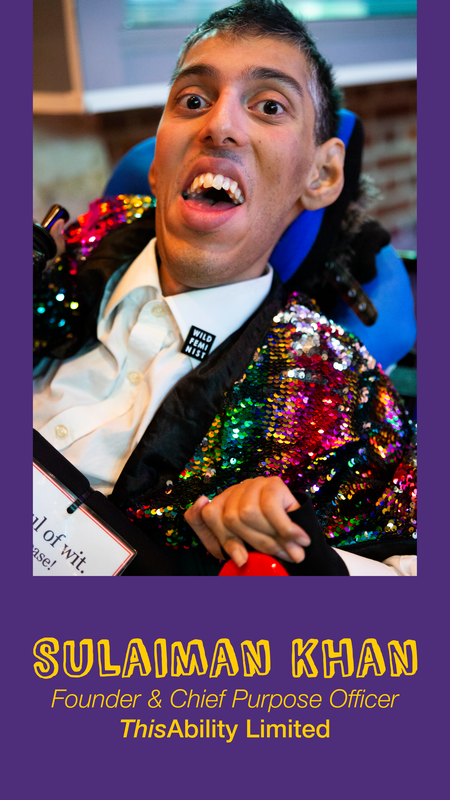 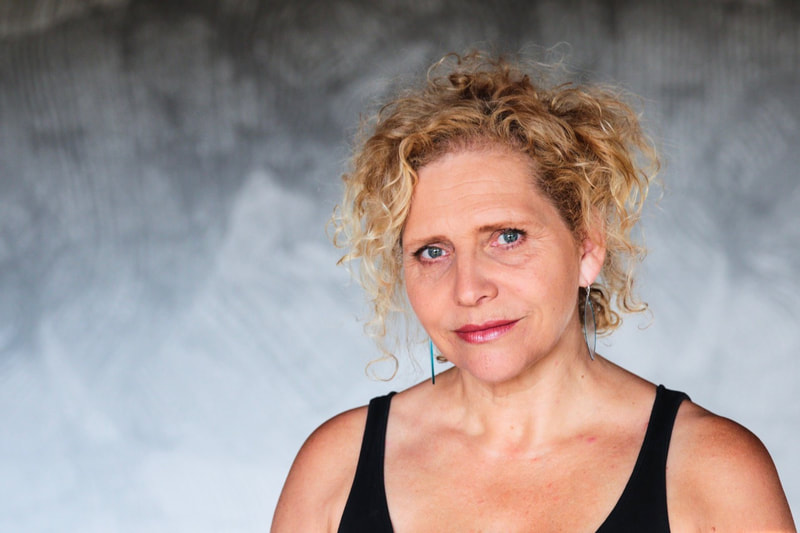 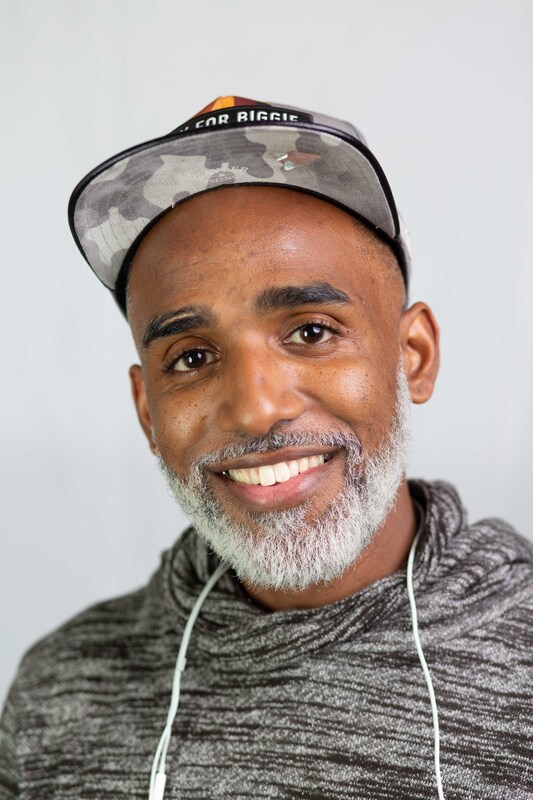 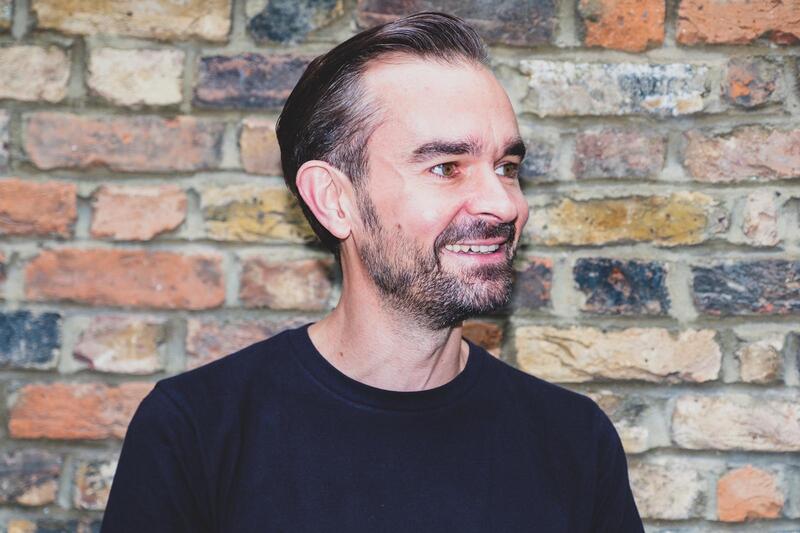 ​MOST INSPIRING PERSON OF THE YEAR

JESY NELSON
JUNE SARPONG
LEWIS HAMILTON
PHOEBE WALLER-BRIDGE
JOHN BOYEGA
RUSSELL T DAVIES  ​
The 2020 nominees and industry professional judges are delighted to be associated with the Visionary Arts Foundation who help give young creatives a steppingstone into the arts via their annual Bursary and Mentoring Scheme.

“The Visionary Arts Foundation believe that entertainment and media has the power to change the world and voices of all cultures, creed, gender, sexuality and ability should be heard, seen and respected. Through the Visionary Arts Foundation it is our goal to open doors and provide opportunities for young creatives and to inspire them to produce work that can influence positive social change.” : Adrian Grant - Founder of the awards and creator of the hit West End musical 'Thriller Live'.

Malorie Blackman, who attended the inaugural awards, commented on her nomination for Book of the Year:

“I’m thrilled to have been nominated for the Visionary Honours Book of the Year award in the company of so many fantastic authors and their books.  What I love about this award is the unique way that it celebrates culture, media and entertainment which seeks to move us forward.”

“Because diversity and inclusiveness is the lifeblood of Drag Race, we are honored and excited to be nominated for best television show by Visionary Arts. We are so grateful to the viewers and fans for championing the show, and for spreading its message of love and acceptance far and wide.”

Podcaster and influencer George the Poet was thrilled to be nominated for Influencer/Journalist of the Year:

"I feel blessed to have been nominated this year. My work is driven by hope  for tomorrow, and it's an honour to have that recognised by my peers”

The incredibly talented entrepreneur, disabled man of colour Sulaiman Khan, who is nominated for Community Person of the Year summarised the reasons why he was thrilled to be nominated in the 2020 awards:

“As a disabled AF, creative, active intersectional ally-in-progress, socially conscious entrepreneur, South Asian man, continual work-in-progress, I am proudly running my business entirely myself, out of necessity, not luxury. This is very tough due to internalised ableism, an inaccessible world (and environments), and ableist attitudes/behaviours. But I keep pushing forward (because of my disability NOT despite it) to be who I needed when I was a youngster and be my own hero. So, for me, it’s a massive honour to be recognised and nominated.”

“At a time when the country was preoccupied with Brexit, the team felt that it was more important than ever to shine a light on social issues that were affecting Britons’ lives in profound and often devastating ways; crises that need to be determinedly addressed whichever political direction we head in. To be shortlisted for the Visionary Awards, and to be in such esteemed company, feels like a vindication of the choice to tackle complex, and sometimes uncomfortable, subjects.” : Nominated... The Ross Kemp ITV production team

“I am very proud to be the host of the second annual Visionary Honours and to be a part of the Foundation’s work in empowering young creatives to inspire social change. Having been in the creative industries for over 20 years, I have seen how films and documentaries can influence minds and impact the world. My son, Oliver, has Down Syndrome, so it is perhaps no surprise that I strongly advocate inclusive opportunities which allow everybody to participate in the cultural and economic activities of the communities in which they live. The Visionary Arts Foundation promotes a more a diverse society, and for me that is much richer society.”

The BBC documentary telling the inside story of Jesy Nelson from Little Mix’s severe mental health issues that spiralled from online trolling, commented:

“Jesy and the team behind ‘Odd One Out’ are thrilled to be nominated for Documentary of the Year at the Visionary Honours.  Jesy wanted to make the film to help other people suffering from online abuse and bullying like she did.  Cyberbullying is a real issue that affects not only celebrities but so many young people out there and we are pleased the Visionary Arts Foundation has recognized our film for highlighting the subject and having an impact.  Hopefully the film has caused a discussion in society about how social media platforms should managed better and young people need to be protected from bullies and trolls.”

“This is a very special award from an organisation with great integrity and meaning - so it’s an honour and an inspiration to be nominated. Today the wildlife and people of this planet face huge challenges, but  the Visionary Arts Foundation gives me hope that we can work together to make the changes the world needs.”  : Jonny Keeling -  The Executive Producer of Sir David Attenborough’s 'Seven Worlds, One Planet'.