The singer-songwriter  kicked off her 2019 with the release of the reimagined cover of "Happier" with Snoop Dog, made popular by Marshmello and Bastille. Showcasing her uncompromising originality with versatility and empowerment oozing from each song she releases; LAYKE brought these same ideas during the process of collaborating with Snoop.

Layke wants people to feel inspired by her art to create their own safe space in the world. She hopes people hear this album, watch her new music video and feel that they can be whoever they want to be, unapologetically and unabashedly.
​ ​

Dubbed the "9th Best Guitar Player in the World" by Melody Maker, Gurvitz has discovered and produced some of the world's biggest names in music, including recently Andra Day and Ziggy Marley. He is now producing Layke, an evolving pansexual, queer individual, who grew up in conservative Texas, and has always identified herself as a round peg trying to fit into a square hole. 'Friends for the Summer' celebrates the unexpected connections we make that lead to moments that last forever. The video envisions Layke & her friends in an alternate neon universe of inclusion and self acceptance, together having fun in the Hollywood hills at the end of the world. It is both somber & celebratory, a perfect analogy for Layke's own story and evolution as an artist & an invitation into her personal rainbow-painted space.
​

When Layke Spoke to paulie

Hi Layke we love the single and the video is so vibrant, it looked lots of fun to film was that the case?

Yes! We had the best time filming. I cast a bunch of my friends to be the featured extras and I’ve been working with the director Aurelie Davis for quite some time so we have formed a strong bond as well as the rest of the crew. We really were just having fun hanging out in the hills in Los Angeles having a neon rainbow galactic themed pool party. It was so easy to shoot because we just had a blast and at the end we got to eat rainbow cake :)))
​
​You grew up in Texas which I imagine was difficult for you? I read that you felt very much an outsider  -
Did you have a support network, family, friends, and were you creative from an early age?

Growing up in Dallas was definitely difficult for me. It is extremely conservative and I came from a rather conservative background and obviously I’m not so it was always very difficult for me and I always felt very out of place. I started singing when I was seven years old but I have been dancing since I was about 2 1/2 years old so I had always been involved in the performing arts. In high school I did musical theatre and somewhere along the way I started turning my poetry that I had been writing just as an outlet into songs and decided I wanted to come to Los Angeles and really pursue a music career. I was also a total little punk rocker teen so it only made sense that I do things on my own terms.
My father is really one of my best friends and has really been a huge inspiration for me to pursue my dreams. He immigrated from Italy and really went after what he wanted and is an extremely hard worker and he instilled that in me from the beginning. He is definitely a mentor and somebody that I value so much having in my life. He’s an amazing father.

Your journey hasn't been straight forward?

I think like anyone else my journey has had its ups and downs. I’ve had some really really difficult things I’ve gone through in my life that have definitely tested me on many levels and I’ve been lucky to get through. And in other respects I’ve been extremely lucky and had some amazing opportunities. The journey has not been easy but where I am and where I’m going I am really excited about and proud of.
I have to ask about Snoop Dogg such an amazing collaboration how did that come about?

So one evening end of last November I called my producer Adrian Gurvitz and said that I thought we should do a cover of the Marshmello/Bastille song ‘Happier’ because I just love that song and I thought we could do something where we donate all the proceeds from streaming downloads etc. directly to a nonprofit. Adrian loved the idea, but as I’m a rising artist doing it solo would not have as much of an impact, so he suggested that we contact Snoop and make it a collaboration. I honestly thought he was joking because it’s Snoop and he’s such a legend but he told me how he had worked with him before and how they have a good relationship so he organized it and made it happen. We did the song which was fantastic and ended up getting to shoot a music video at his compound in Inglewood which was amazing. And I got to hang out with him for the afternoon and play basketball and shoot a video and it was a really great experience. All the proceeds from this song go to two youth based non profits ChildHelp and Snoop Special Stars so please go stream and download and tell all your friends!!!
​
​That sound's amazing!
​You're working with Adrian Gurvitz, I was playing some of his songs from yesteryear they still sound great, how do you go about finding a producer that you can work with, to trust production too?

Working with Adrian Gurvitz has been one of the most incredible experiences of my life. He is beyond talented and it’s really amazing to work with someone so knowledgeable about music and the industry. And he has really taken me under his wing and has truly been a mentor and we have become great friends. Having developed such a great friendship over the course of working together it is such a fun fabulous work environment. We really have the best time in the studio. And we love to go out and have great lunches & brainstorm creative direction & ideas. We don’t always have the same vision or take on everything but we don’t need to and I wouldn’t want it that way because that’s not conducive of growth and when you grow you create the best art. It’s definitely about compromise and hearing the other persons point of view and exploring all the ideas until you get to the best result to where the song really needs to go. And we have really learned through the time that we’ve worked together how to read each other and foster each other‘s ideas and it’s a really positive creative experience. 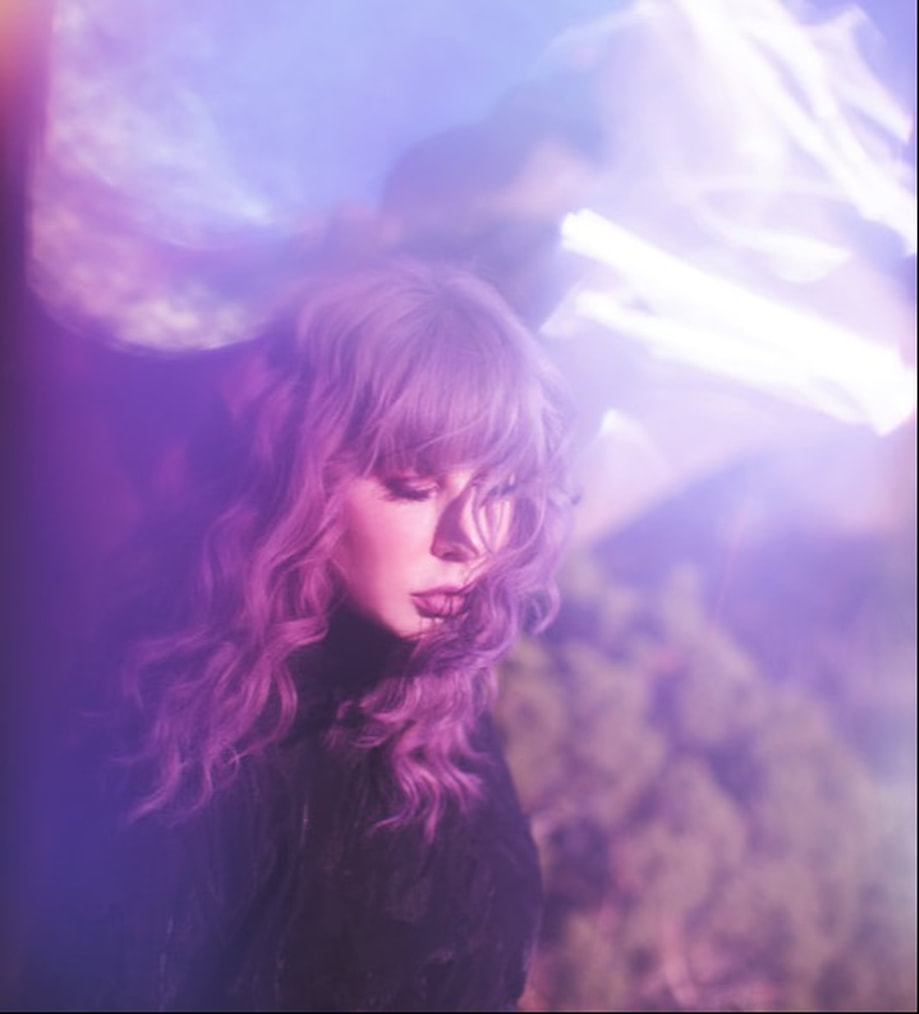 Technology is very much a part of music production these days, are you hands on in the studio?

When I came to Los Angeles and started really pursuing music after high school as a career I was all about rock. But the scape of music has really changed since then and it’s definitely gotten much more tech heavy. Adrian is really a genius with all things technical and all things creative so over the course of working with him I’ve definitely learned a lot more about various synths and drum machines and different effects and plug-ins and things that we can do through the recording process and it’s been really cool. I’m having a lot of fun with it :)))

Are you happier in front of a crowd performing or in the studio?

​I love performing and I love the studio process. They are both amazing for different reasons and they both have challenges for different reasons. But I love challenges hahaha. I love the writing process and getting in the studio and really shaping a song and seeing it go from a skeleton to a fully formed creative piece. But I also love getting on stage and giving energy to people that want to receive it and want to give you energy back. I mean I think I’m most at home on stage honestly. I feel awkward in normal daily life but I feel the least awkward and most myself on stage. I really just love all aspects of creating music and performing. 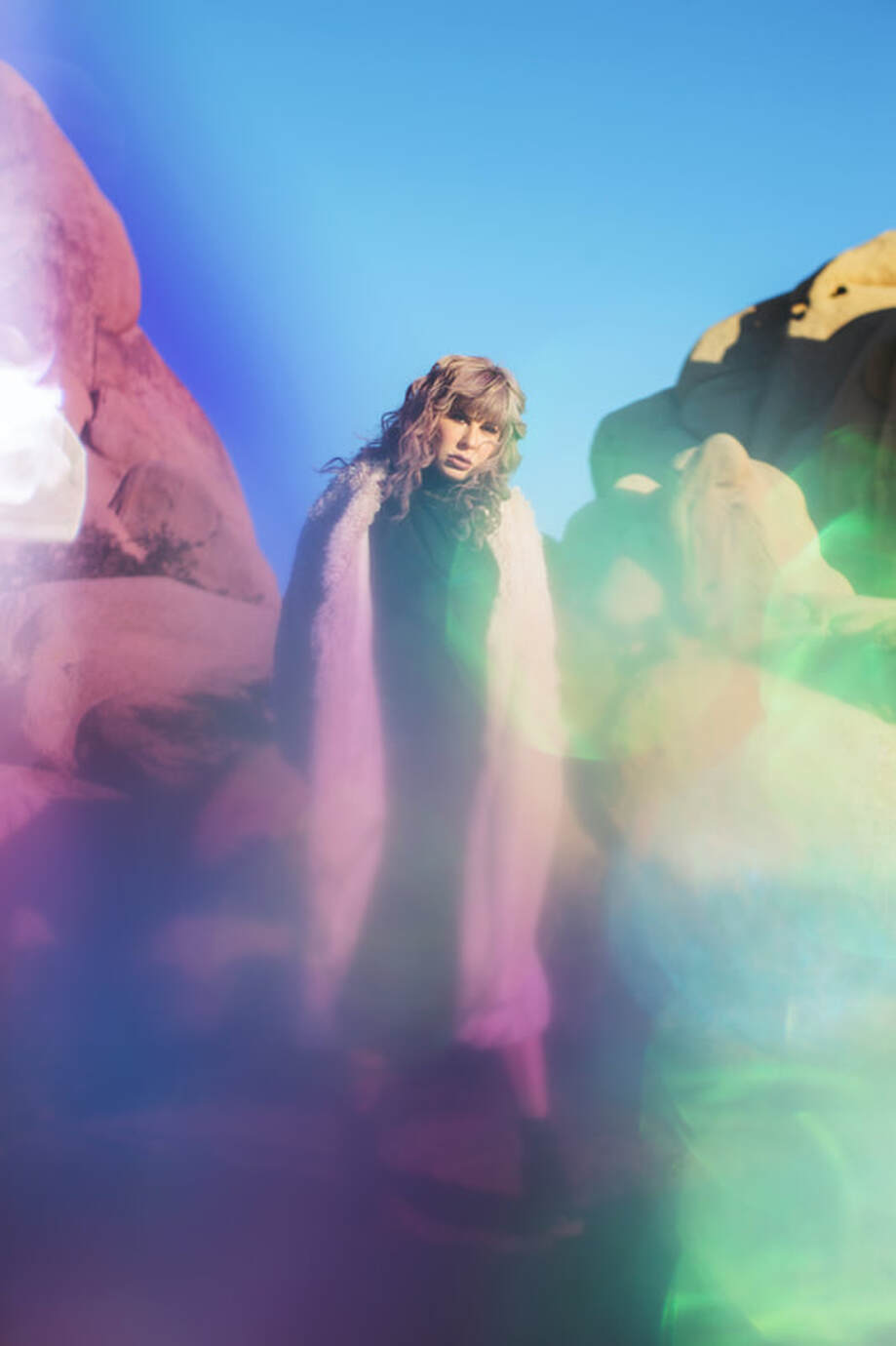 Can I ask about where you live now? Fav bar/cafe fav thing to do - i've only ever been to New York, I'm just getting interested in other parts of the states especially since talking to The Popravinas from California...

I live in LA in West Hollywood. I’ve lived all over Los Angeles, everywhere from the beach to Silver Lake because I’ve lived here for over 17 years, but the Hollywood/West Hollywood area I’ve lived in for the past few years and I really like it. It’s very central and close to most of the places I eat and hang out. I’m really big on good food and good cocktails. I’m definitely a foodie and craft cocktail connoisseur. I love seeking out new & hidden amazing spots to munch around town.

Thanks so much for talking to us Layke, finally whats next for you?

Currently Adrian and I are back in the studio writing more songs. Things couldn’t be going better honestly. We have such a great direction and I’m really excited to take things to the next level and really elevate myself as an artist. Once we get through the writing process we will start producing and recording. Sooooo excited for everyone to hear!!!