Photo Credit Brian Robinson
Stephen Duffy has had a very varied musical career. He was a founding member, vocalist, bassist and then drummer of Duran Duran before becoming  a solo performer under several different names. Best know as singer/ songwriter in  The Lilac Time  with his older brother Nick.  And,, (I'm so pleased I've been a fan since early 80's)  by the wonders of technology  (and his phone signal is poor)  Stephen Zoomed away with Eoghan Lyng. Best pp  (ps/ I've put Kiss Me up below, I bought the 12" Single on release - it's brilliant Stephen)

"Ralph McTell and I are quite alike," Stephen Duffy says."People think I've only written Kiss Me and with Ralph it's Streets of London, I wonder if we could swap for a few years?  I'd written Kiss Me when I was nineteen, recorded it when I was twenty two, so I was dismissive of it by the time it was a hit. But looking at the amount that goes up on Spotify these days, you’re lucky to be remembered for anything. It feels like a million tracks are uploaded everyday!

"It's also a shame Morrissey turned into a fascist, as I would have liked to see the Smiths again." 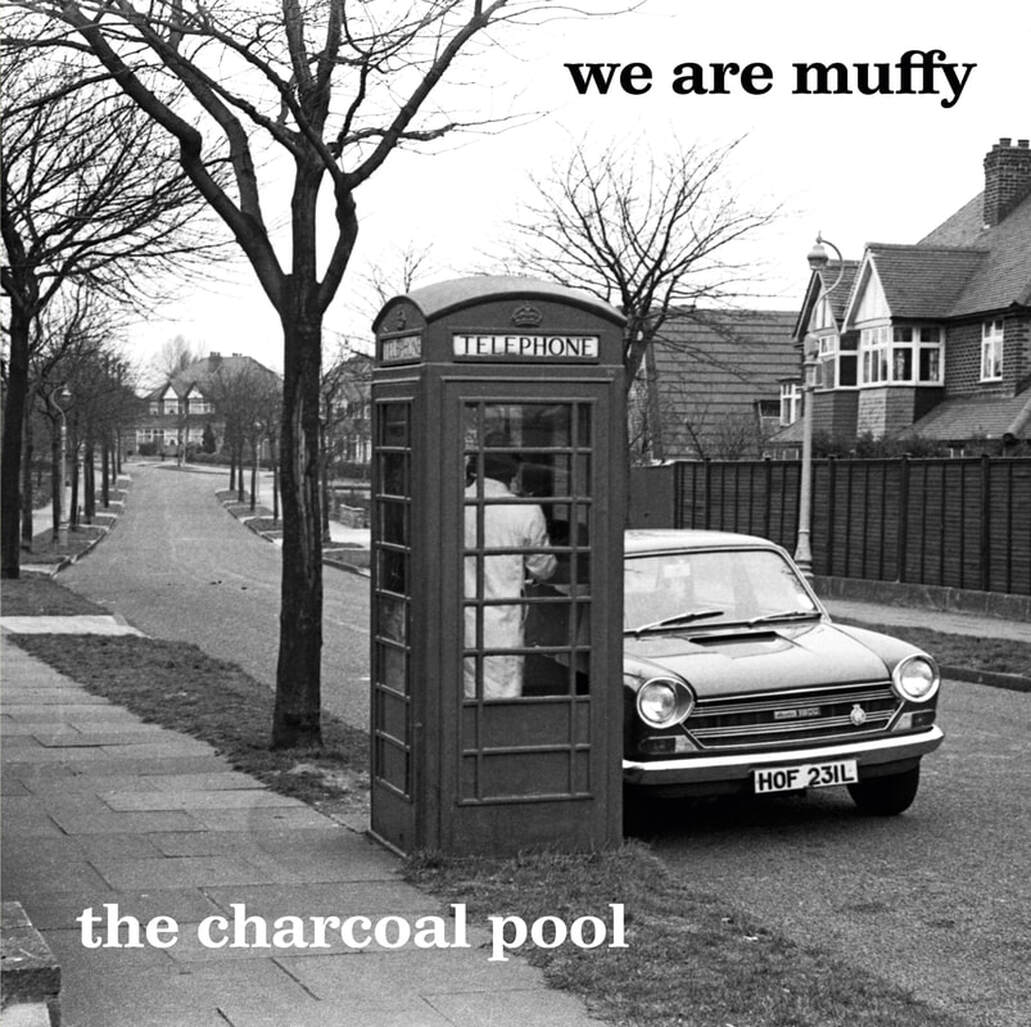 Not only is Nick older Stephen but he beat you to The Phacemag Interviews - I spoke to the amazing 'We Are Muffy' a few years ago. (Click Album Cover For Interview) This album - 'The Charcoal Pool' is gorgeous and so are they! Best pp x
Cutting an unassuming figure, Duffy sits with attentive eyes, frizzled hair and a boyish grin. His buoyant, punchy energy is everywhere in the Zoom interview, and only the mention of a certain Neil Hannon spurs Duffy on to admit his true age. "I'm sixty, so he must be a mere fifty! I've met him a couple of times." He denies Hannon's influence, by mischievously zinging, “He’s influenced by me! I was wearing a cravat in the Clash film Rude Boy!” More than that, he chuckles toward my direction: "That's a very good beard for a seventeen year old!"
​I'm actually twenty seven, he's wrong by a decade, but his knowledge of music-particularly speaking about bygone, Beatle minutiae - hits each and every arching mark. "I remember reading about Pete Best, that they took away his bass drum when they recorded My Bonnie. I don't know how anyone could adjust to that. If that hadn’t happened maybe we would have been spared Ringo's Brexit musings. It's also a shame Morrissey turned into a fascist, as I would have liked to see the Smiths again."

"I bought his Greatest Hits album (Bob Dylan) when I was nine." 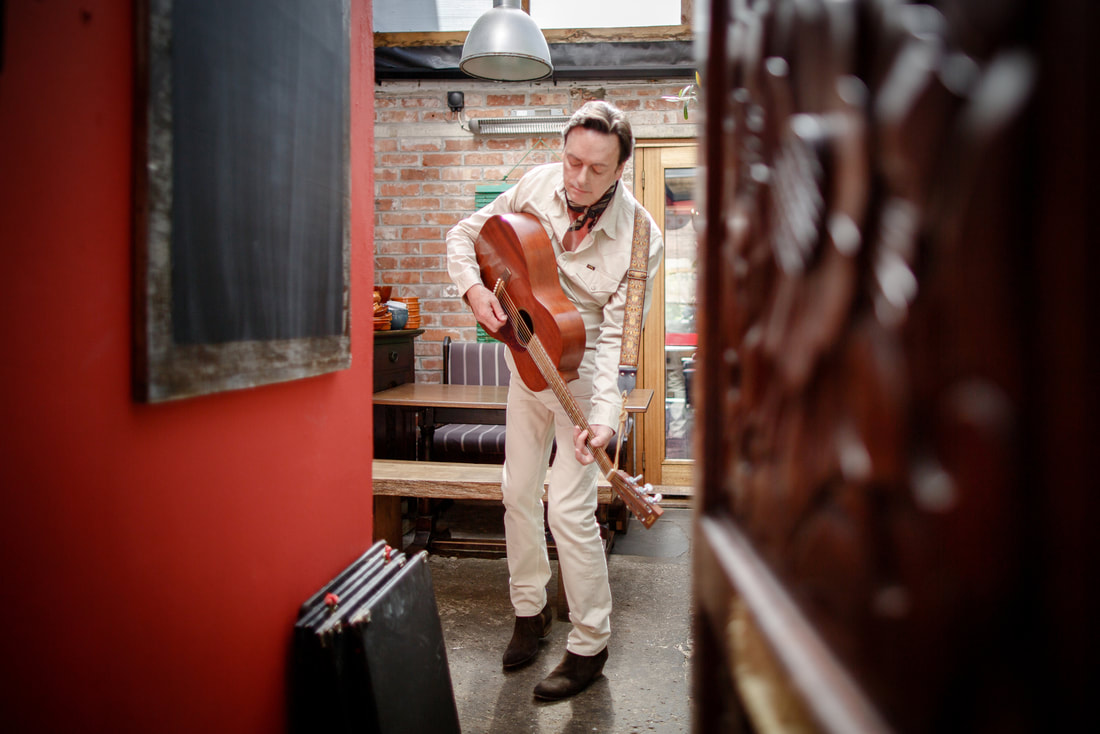 A contemporary of the Mancunian poet, Duffy's pastoral, pleasant and prescient work with The Lilac Time was more comparable to agrarian outfits The Waterboys and The Dream Academy. "I was good friends with (Dream Academy’s) Nick," Duffy admits. "We toured together, we're still good friends. We were also compared to Billy Bragg and in hindsight, it might have been better if we'd signed with Billy's label, Go!Discs.  My brother Nick [Duffy] was with us from the beginning, and it's just the three of us in the band these days."
Completing the triumvirate is pianist Claire Duffy, a soulful, searching musician who once worked with The Robbie Williams Band. "She's the only one of us who can really play. Onstage, it's my vocals' and Claire’s that define our sound now. And Nick's wayward banjo stylings of course. When we record I play the bass and drums."

As someone who can tell Best's pedal from Starr's slick, sharp snare, Duffy knows a thing or two about drumming. "My style of drumming? It’s a desperate attempt to stay in time and not knock anything over. It's all about the physical coordination and I don’t have any. We start off with the acoustics instruments, and then I think about putting in some bass. Suddenly, we're onto the sixth month of bass playing [chuckles]. But with this next album, I'm trying to keep away from overdubs.  I always say that. We have the studio here [pointing to his surroundings]."

Fuelled by the all encompassing range of seasonal shifts, 2019's Return To Us captures the songwriter journeying with his listeners through the motions that carries us through this changeable, concentrated world. Calling attention to the branches that decorates a British house, festive favourite The Needles cautioned listeners of a Christmas unwrapped by parted lovers. "The Lilac Time never had a hit song, so I wasn’t trying to write a Christmas hit," Duffy admits. "But I love a Christmas song. It has nothing to do with Santas opioid addiction.” ​
​

“We’re recording a new album at the moment. It’ll be out before we play The Moseley Folk & Arts Festival next year (Saturday 4th Sept 2021 to be precise). But it's hard to know what’s going to happen." 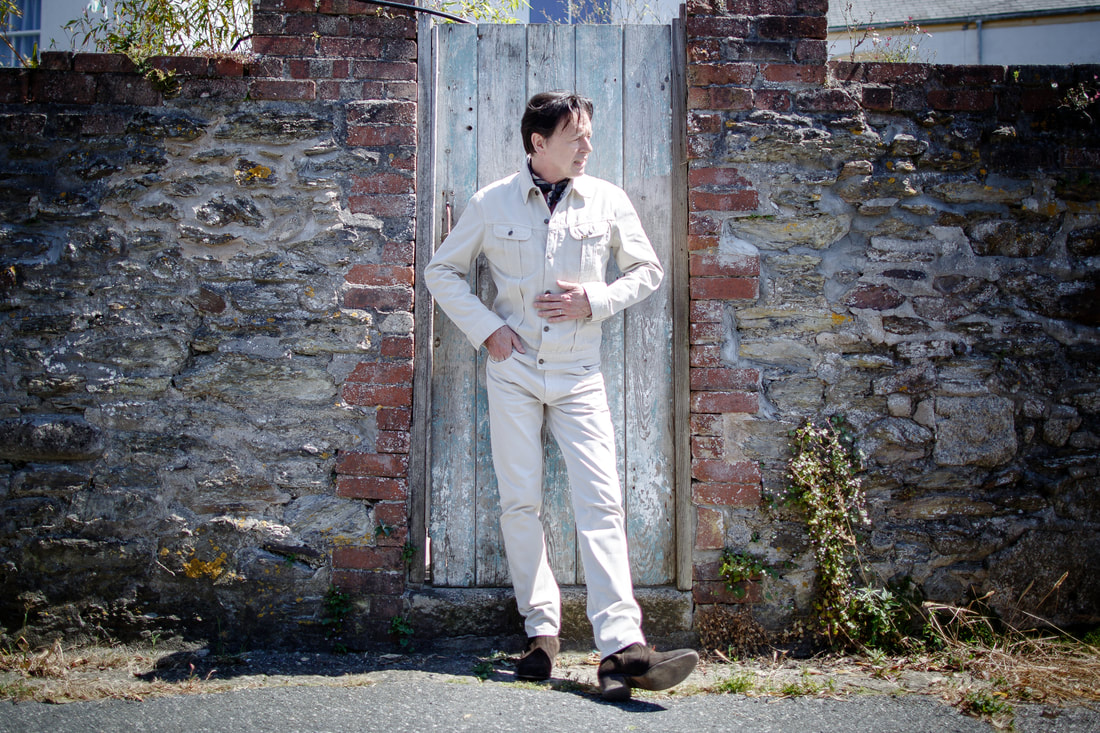 Duffy, in his own way, certainly looks relaxed. He's greatly impressed with Bob Dylan's newest work. "Rough and Rowdy Ways is a great record. I bought his Greatest Hits album when I was nine. 'The Lost Girl In The Midnight Sun' on the Paradise Circus album, starts with the words 'Spanish is the loving tongue'. That I first heard on the Dylan album. I quote the reporter phoning in his review in the film Don’t Look Back - ‘The bearded boys and lank haired girls..’ That was another of our anti Thatcher songs that changed the course of history. It’s funny talking about specific songs. It’s like they’ve turned into one very long song"

Some of these songs include Radio, Robbie Williams jaunty 2004 monster, and vignettes with members of Duran Duran, an outfit Duffy started in 1978. “Pretty soon I realised it wasn't a direction I wanted to take, but I made some terrible electronic records on my own after leaving them. So I have no excuses.” The Lilac Time's pastoral pop-inspired in part by Nick Drake- fitted him much better. "Return To Us came out last year, and you always think your newest work is your best," Duffy replies. "But there's also 1999's Looking for a Day in the Night. So, I would say it's up there with A Day in the Night. I wouldn't say it's a political album, but it is steeped in the despair that is entirely appropriate for this time. I intend you no offence, Eoghan, but who’d get a journalist to do anything but buy you a drink? And yet here we are the UK governed by journo’s. Actually I’d vote for you if you ever come to liberate Cape Cornwall. When we started, I wrote protest songs about the privatisation of the Water Board. Another of our songs that forced the government to double down  and privatise British Rail. Writing music has never been a problem, but the lyric writing... When you're younger, you think you can get away with wayward words . But as you get older, you realise what a waste of time it would be to sing nebulous and abstruse meanderings. Which with me  presents a challenge."

“We’re recording a new album at the moment" Duffy continues. “It’ll be out before we play The Moseley Folk & Arts Festival next year (Saturday 4th Sept 2021 to be precise). But it's hard to know what’s going to happen. We’re starting our own label, Poetica, in the jaws of the mother of all recessions. We’re releasing ‘The Hills of Cinnamon', with Bert Jansch’s There Comes A Time and Townes Van Zandts Pancho And Lefty on Record Store Day [in September]. But, then, who knows? We always thought it would be a good idea to wander from restaurant to restaurant singing incredible gloomy songs as a respite from the more upbeat street entertainers but now even that is in doubt"
But we've no doubts that The Lilac Time, who as they say have been proffering “poetry and not logic since 1986,” will survive to make ten more albums and renationalise the water board. 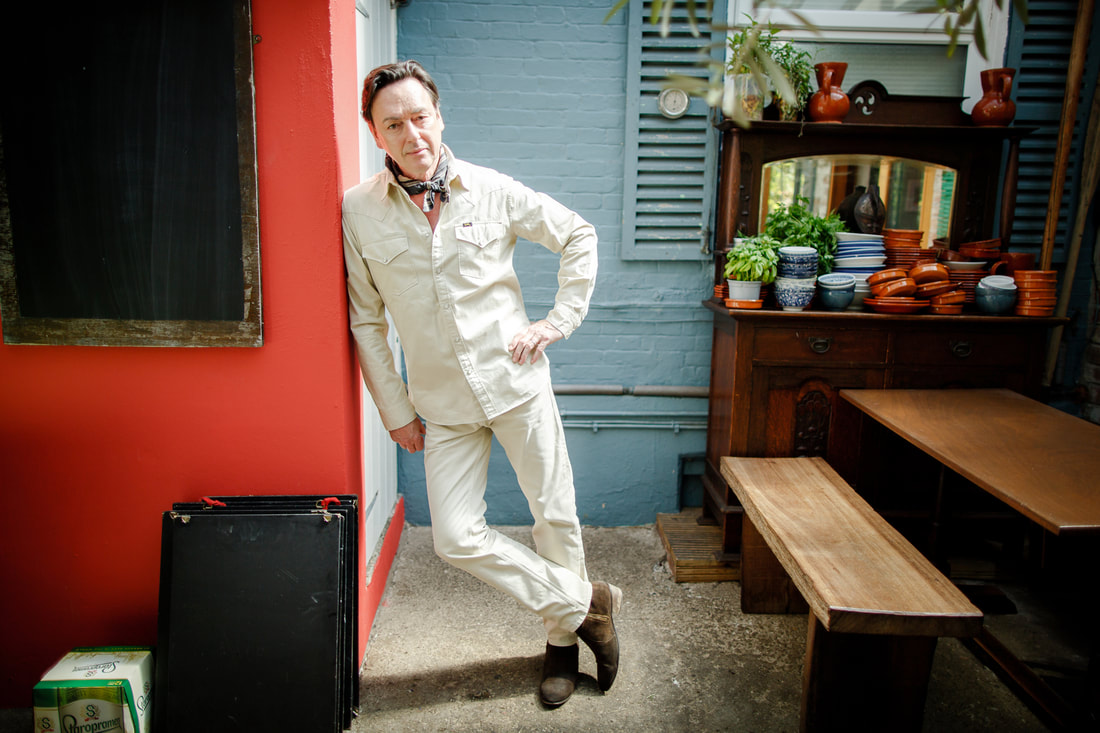 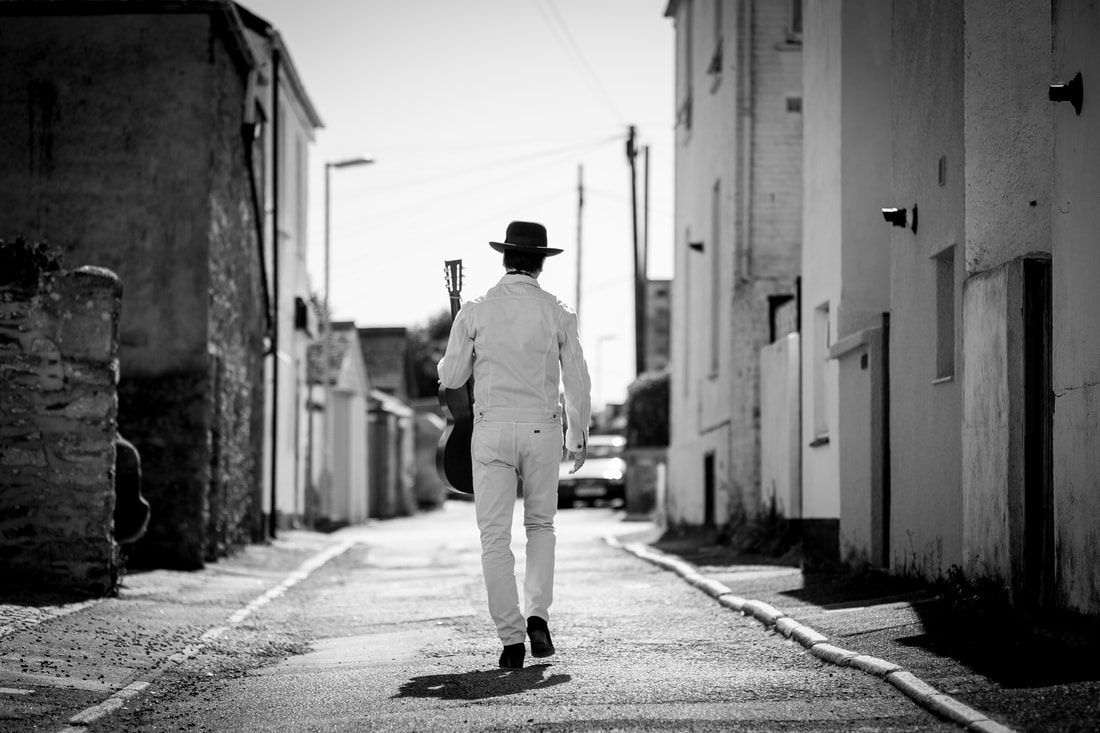