​​“I consider that question a huge compliment,” Sharon Azrieli says. “The whole thing was to take people back to Paris, and to the chanteuse. I wanted to channel that sound—especially Édith Piaf—especially on 'Storybook'. As you know, my background is in classical, so this was a very different experience; I think I've found my calling.”
​

"It was just incredible to be given the Chevalière [knighthood],"

​The question posed is whether or not Sharon Azrieli was responding to the many chanteuses who decorated France with visions of a musical paradigm. As a bastion of Canadian Opera, soprano Sharon Azrieli finds herself in the perfect position to explore another culture for musical riches. Her newest album, Frankly Sharon, brings listeners from the outskirts of 2020, back to the illustrative passages of the nineteen twenties. Positioning herself as the vehicle by which her characters come to life, Azrieli presents a world woven through timbre, tone and texture, and by doing so, creates a genre unique to her and her alone. Azrieli—a singular talent in poise, practice and performance—is affable, approachable and free from the ego that many of us associate with venerable stage performers. And Azrieli is venerable—just ask l'Ordre national du Québec. "It was just incredible to be given the Chevalière [knighthood]," she beams; "Just great. A great honour. You know what it's like: 'In the name of the people of Quebec.' Firstly, I'm a Canadian, but it's a huge honour because it's in French. I could send a copy of the album to Premier Legault as a Christmas present!"
​ 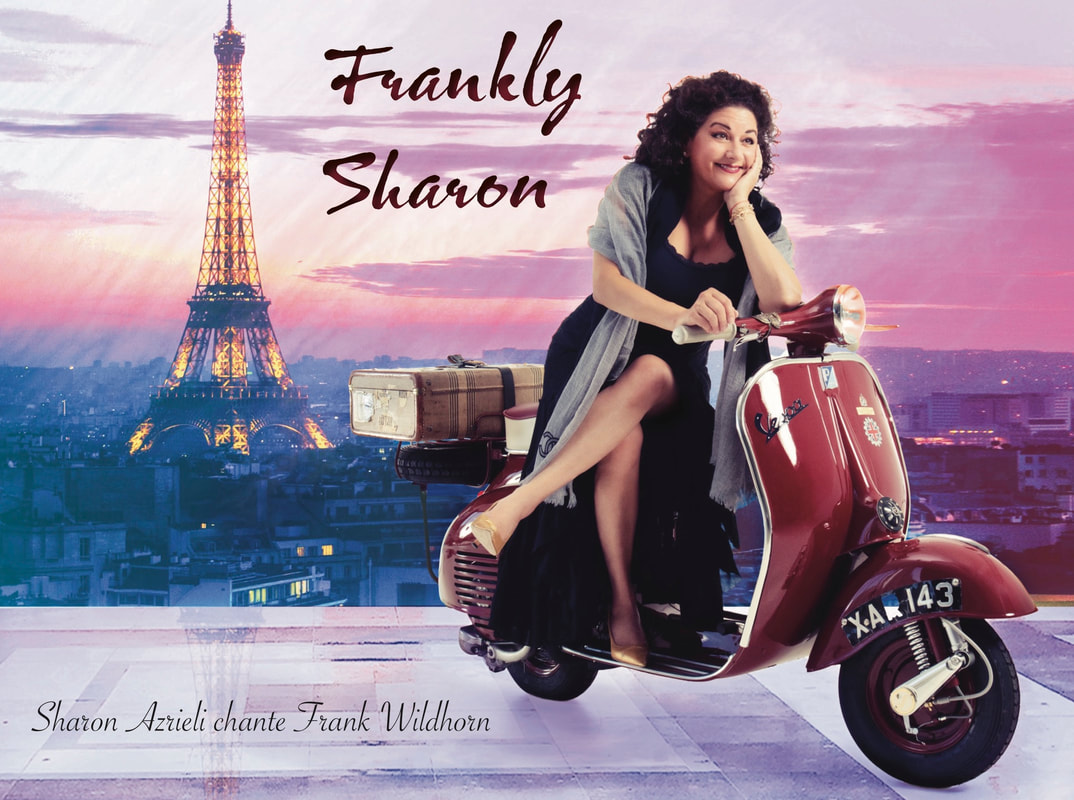 ​
​I find it curious that a proud Jewish woman would have any interest in Christmas. "The thing is, Eoghan, I have a Christmas album out. I sang Santa Maria and Ave Maria in their original languages. I sing in German, French, English, Hebrew and Latin. I've done a version of 'My Favourite Things'—the Sound of Music number—and some of that is in French. And I might be the only person who recorded three Hanukkah numbers for a Christmas album!"

Chameleonic; polymathic; polyglottic. She’s making me feel bad about my rudimentary level of Spanish & French. I ask Azrieli how she changes from language to language. “Well, I speak three: English, French and I went to Hebrew school. I have sung in Italian, and sing one song in Italian on this album. I went to college very young, and I ended up in Florence when I was eighteen. I've sung three times at the Teatro Greco, Sicily. I love the drama of opera, the beauty of opera. As an actor or a performer, it helps that I’m a natural mimic. I find myself mimicking others, often by accident. I can do Parisienne French and Quebec French. So, when I’m singing the chanteuse, I really go for the harder Édith Piaf sounds. And when I’m singing in Italian, I sing it differently again. The tune, ‘Come lo fai rimanere (How Do You Make It Stay)’, I wanted to give the impression of a girl who is lost. Some of the others are more anthemic.”

​​The anthems in question were composed by raconteur and Broadway favourite, Frank Wildhorn. Phacemag readers will remember him best for the Whitney Houston standard ‘Where Do Broken Hearts Go’, but the métier from his formidable oeuvre resembled something more prolific is rooted in musical theatre. Wildhorn worked closely with Azrieli on the record. “Frank helped teach me this genre: "more air". In opera, it's 'more voice, more voice', but with these songs it was 'less voice, more storytelling'. So, it was the easiest singing physically I’ve ever done, but the hardest performance emotionally I've ever had to do. The running order feels like 'this should go next, then next'—I just loved each song. We rehearsed about forty songs, and then paired it down. I wanted to do some of it here in Canada and—can you imagine this—he came in February! We were working on the album for two years, and he’d tell me to start again. When we first started doing ‘La Fille que j’étais’, I started crying. I didn’t know if I could get through it. You’re too young to know this, Eoghan, but imagine yourself in twenty years. You've been through a marriage, and you meet someone who sees for the person you used to be… [sniffs loudly]. Beautiful. Great composers, like Frank, bring out the magic from their lyricists.”

“I'm hoping to break into the French world,” Azrieli continues. “Obviously, I'm Canadian, but I'm hoping to branch into France, Senegal or Côte d'Ivoire. Some of the songs that I'm singing, which are performed all over the world, have never been translated into French. My song "We All Dance Alone", which has been playing in the Czech Republic for the last eleven years, had never been done in French. ‘On Danse Tous Seul’: cynical, and there is a lesson in it. There’s a message to it: Get out and find the companionship that you need. If there is music, and someone you can hold onto, then what are you doing? Grab them. Luckily, I have my children, but phone calls and Facetime just doesn’t cut it. It’s interesting that you mention Waiting for Godot, Eoghan, because that’s how the pandemic feels. We’re all waiting for the vaccine.``

As someone who can perform Piaf as beautifully as she can front the Israel Chamber Orchestra, Azrieli must be in a position to explain why many are turning to music during this pandemic. “I can't even presume to know the answer,” she chuckles; “but music is the thing that brings us together. Music brings us back physically to a time when we were happy or sad. It's that visceral cause to remember; like a smell. Proven it with Alzheimer’s, the part that has music in it recognises the memories. And the more languages you learn, the less chance you’ll get Alzheimer’s!”

Azrieli may be stationed like all of us, but there’s seemingly no end to the well. "Coming out soon, I have an album of Jazz Standards I recorded with Matt Herskowitz. His second name is Herskowitz, and mine's Azrieli, so I thought we should call the album ‘Herskowitz & Azrieli: Not A Law Firm.’ And I'm also working with a great songwriter called Jonathan Monro on a project full of Canadian Broadway songs. Obviously Canadian Broadway isn't as well known as American, so I'm hoping to make some of these songs more popular. And I'm working on some Michel Legrand numbers. Do you know Michel Legrand?"

I'm afraid not. "You know all the Barbra Streisand numbers that sound...Jewish. He wrote most of those. And some of them are in French. There's that song you can hear in Les Parapluies de Cherbourg, and that's already in French."

If there's one thing I've learned from this interview, it's that it pays to know as many languages as you can!
Share
​