Def Jam announced today that Calvin Cordozar Broadus Jr., professionally known as Snoop Dogg, a global superstar, entrepreneur, and cultural icon, is joining the label as Executive Creative and Strategic Consultant, a new role that will allow him to strategically work across the label’s executive team and artist roster. With an immediate focus on A&R and creative development, Snoop Dogg is joining Def Jam as a senior strategic advisor, based in Los Angeles and reporting to Universal Music Group Chairman & CEO Sir Lucian Grainge and Def Jam interim Chairman and CEO Jeffrey Harleston. Founded by producer Rick Rubin in his dorm room at NYU, and formally run by Jay Z amongst others – Def Jam is often considered one of the definitive institutions for global hip-hop. In recent years UMG has expanded the global reach of the brand opening up divisions in Africa, South East Asia, France, Japan and most recently in the U.K. with 0207 Def Jam founded by Alec and Alex Boateng – with Stormzy as its first signing.
​

As an award-winning artist, Snoop Dogg has released 19 studio albums, sold over 30-million albums worldwide, reached No. 1 countless times on Billboard charts internationally, and received 20 GRAMMY® nominations. With nearly three decades in the business, Snoop Dogg has dominated the music industry, from his instrumental role in pioneering gangsta rap to his continued growth into other genres such as reggae and gospel.
In addition to his work as an artist, Snoop Dogg lends his talents as a media personality with appearances on radio, TV, and film. He also executive produced the acclaimed Netflix show Coach Snoop, GGN: Double G News and the TNT game show Joker’s Wild, which he also hosted. Snoop garnered his first Emmy® nomination as executive producer for the hit VH1 show, Martha & Snoop’s Potluck Dinner Party, which led to commercial success with the premiere lauded as the best launch for a new cable unscripted franchise for calendar 2016, averaging 1.9 million total viewers for its premiere episodes.
Establishing himself as a venerated businessman, Snoop Dogg has made several investments and endorsements spanning the lifestyle, food/beverage, and cannabis industries. Additionally, Snoop founded the Snoop Youth Football League in 2005 with the idea of creating something to help LA kids get off the streets and provide them with an outlet.  In the process, the Snoop Youth Football League has helped players such as JuJu Smith-Schuster, John Ross, and Ronnie Hillman (the first to make it in 2012) along with 23 others make it to the NFL.
​ 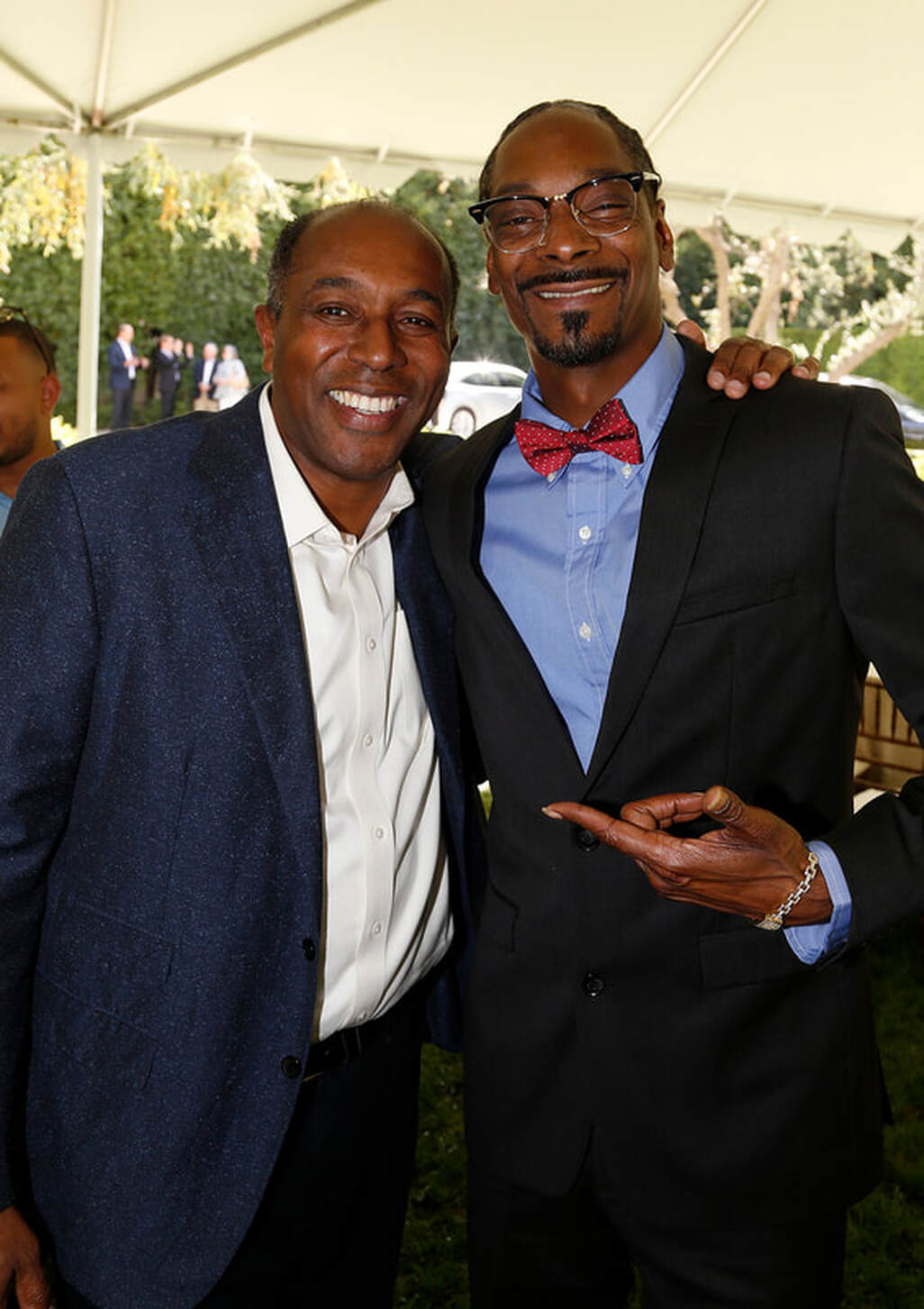