When 'The Mirror Pictures' sent me their biography they had almost 70% Battery Life left which is great, they were however taking a chance with the low Wi Fi - but that's the industry, you sometimes have to take a risk. They had 11.1 and a broken triangle with two way traffic indicated. Whatever this means it hasn't hurt their cause.
The single is great, it's released online 06/09/19 on spotify, apple music and youtube. I Like this band, I think I'll end up having a drink with them one night and end up sleeping in the back of a transit parked in the 'Reading Lidle' car park saying "Never Again" - best pp
​ 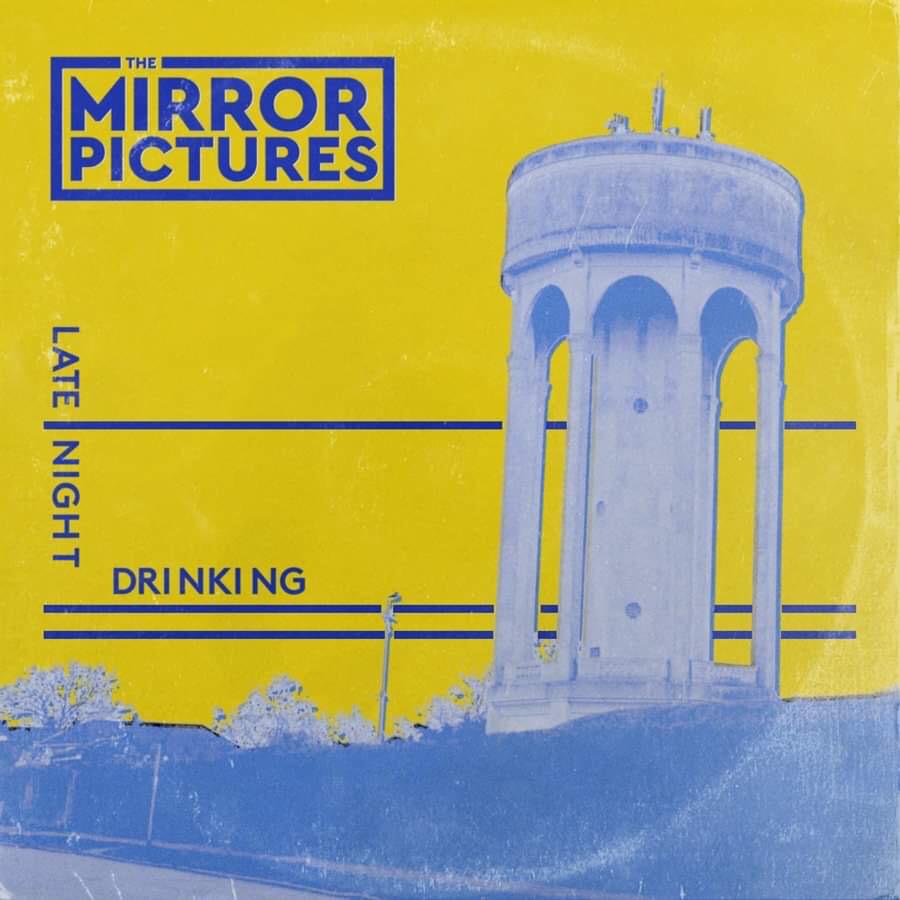 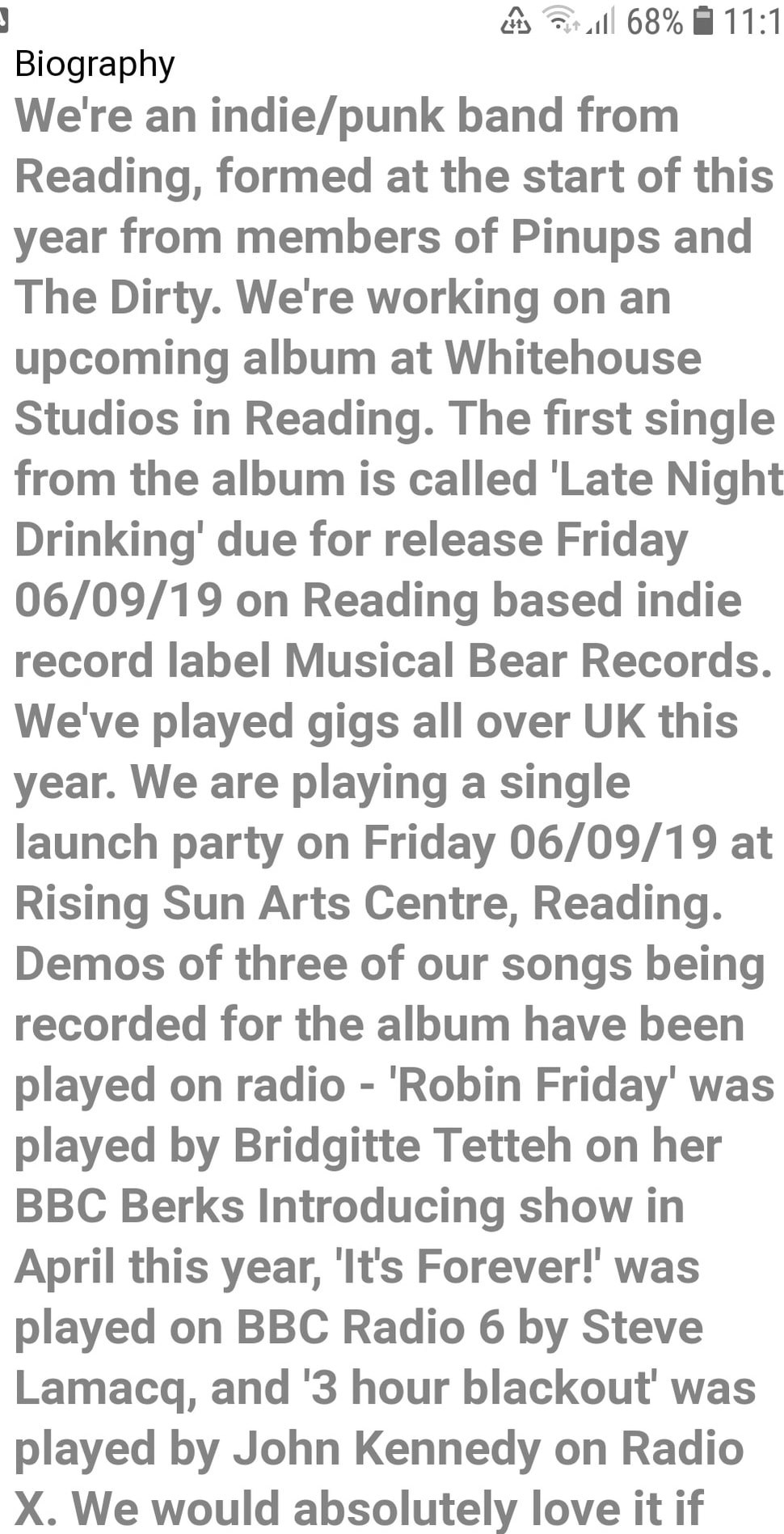 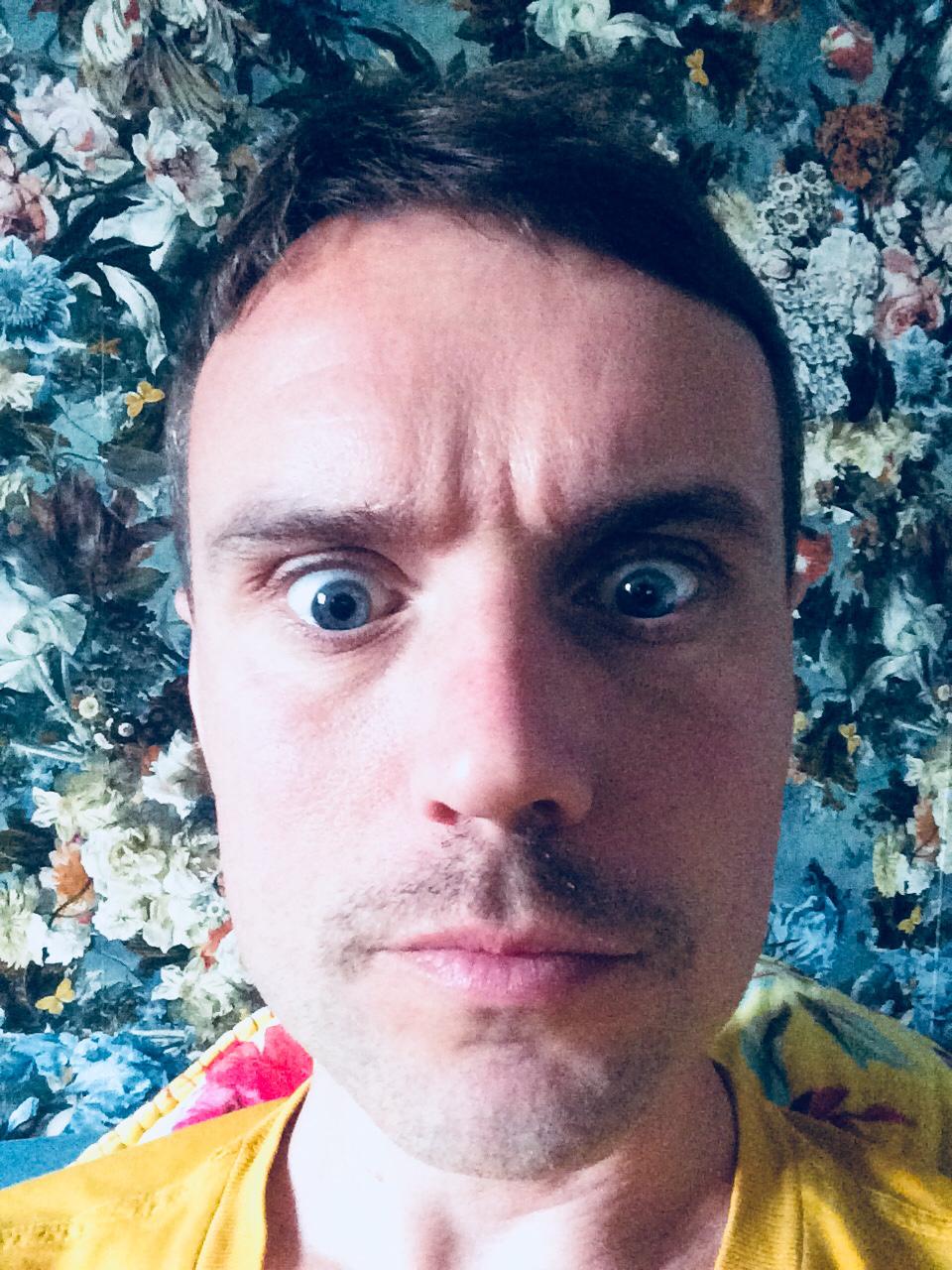 Photo Link - Twitter
"Hello 'Mirror Pictures' thanks for talking to me.
Firstly, I noticed that you produce yourself, was that a difficult decision? It seems to have worked..."

Hi paulie, I think getting the right sound in the studio for a song is one of the hardest things to do in music. To create something that communicates emotion and connects with people. 50% is achieved by the way you record the instruments, the other 50% is how you mix the sounds. This production process is vital and requires flare. We've been lucky enough to work with some top producers in the past and learnt lots, the most inspiring was Falcon Stuart. He created punk band X-ray Specs, Adam and The Ants and many others. He had an aloof prescence and freedom that allowed the raw emotion in a song to flow through. Our sound is quite indie, but we try to keep it raw and give it a punk edge. We enjoy a drink during the process to help with flow, so we are careful in choosing the best studio engineers to operate the desk and keep us on track!

Can I ask about the band dynamic, a I correct, you have a famous four formation, are you all best friends or do you have to, shall we say, work at it?

Yes, the band currently has 4 members, but we also have friends who help out as part of a team, arranging live shows, social media, photographers, film makers etc. We are definately all friends, although we argue like a family... Some of us went to nursery together, some of us met at the local pubs, disco and parties. Our friendship helps us work together. We've all watched each other suffer broken hearts and nursed ourselves through tough times. It means a lot being in a gang together and playing music which brings people together. We don't always agree, but being honest about how we feel helps us get through. Booze also helps. The band is so important to us.
​ 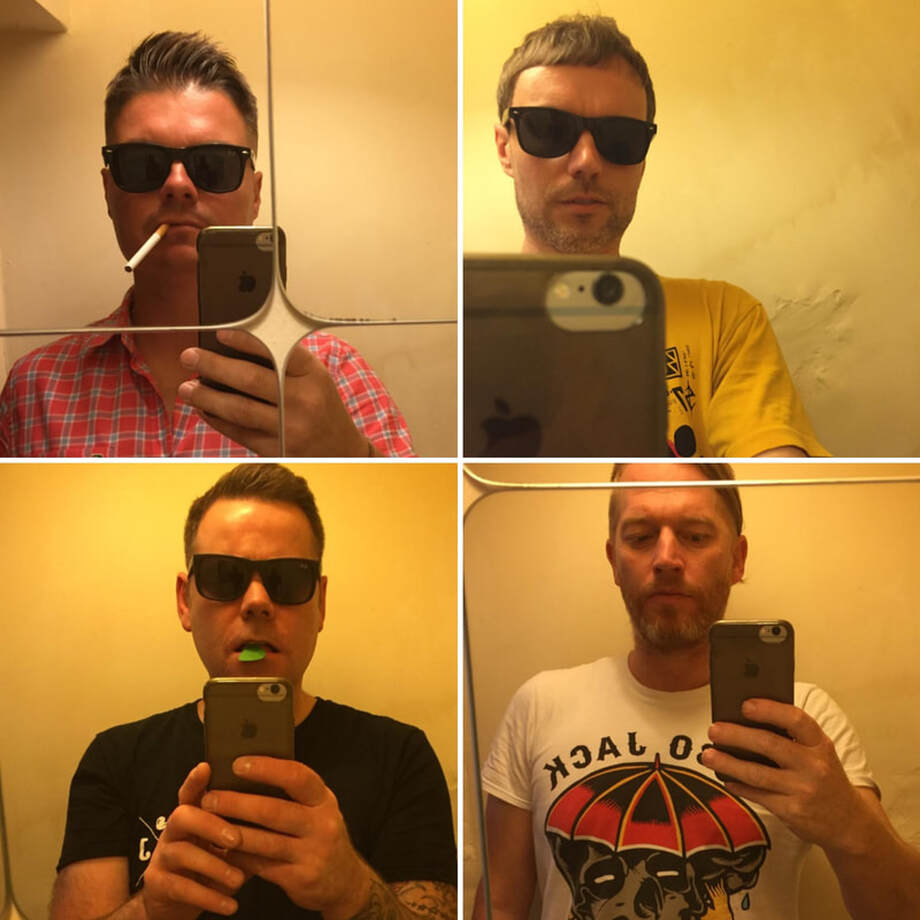 Band four pics - Link Facebook
​And creatively are you all involved - I was interested in the fact that the songs have meanings and clearly care about language, how does the songwriting process work?

Taylor our singer writes most of the lyrics and songs, the rest of us chip in the odd one or two. He lives between Reading and Bangkok. Most of the songs are written on lonely drunken nights whilst Taylor sits on his rooftop terrace in Bangkok, gazing across the city night. The lyrics come easier in that environment. The songs are about heartache, loneliness, looking at the world from a strange view, delving deeply and strangely into his own isolation. But still looking at things with a touch of humour in the darkness. Martyn our guitarist is the real musician in the group, every band needs one!

Away from music, any secret artists or writers?

The band are very focused on music and it has really been our passion from when we were children. In this current age of Social Media I think we have all become writers, with thousands of readers. We are all story tellers. Taylor is a vinyl record dealer. Our drummer Stu is a gardener, working with nature. Gee lays carpets. Martyn our guitarist makes poster art. Music is art. It's emotion and story telling. It's an opportunity to connect and relate with people. Every song is a poem.

We're in the studio working on our album at the moment and touring. The working title for the album is 'You can't change the past'. This year we've played cities all over the UK including Oxford, Brighton, London, Cardiff and Reading. We're booking up an autumn tour and plan to play more gigs up north. 'Late Night Drinking' is the first single off our album. We plan to release two more singles from it. National radio DJs Steve Lamacq at BBC6 music and John Kennedy at Radio X played the album demos on their shows to 1.5 million listeners this year, so we're pretty excited 2020 will be a big year for us!
​
Thanks guys
share
​
google.com, pub-1336815800049544, DIRECT, f08c47fec0942fa0