Classically trained on Guitar, Piano and Drums, Los Angeles via Budapest producer Mat Cipher has received great praise for his pop-leaning house productions. Having only released music for the past few years, it's clear that Mat has a definitive and unique sonic palette, which sets him in perfect stead to cultivate a large global following. He spoke to pauliepaul. 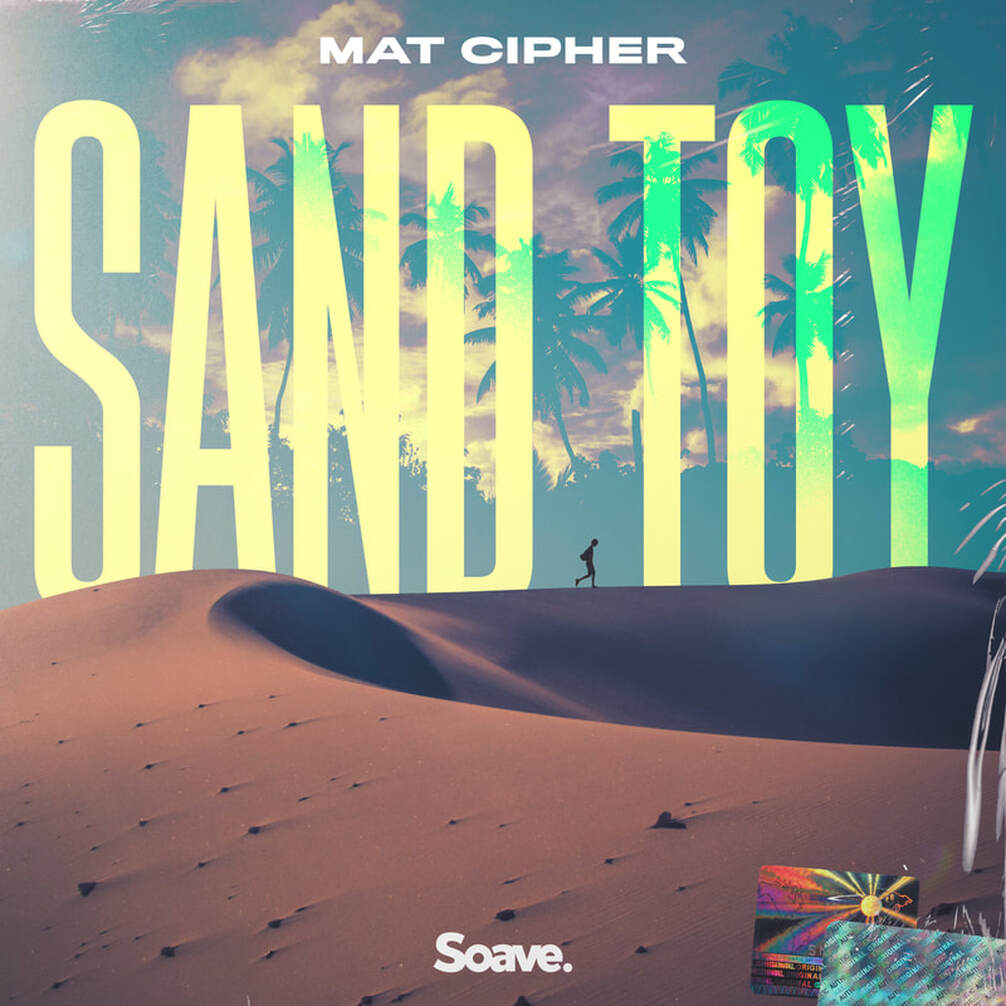 "Serving as yet another stellar addition to his ever-flourishing discography, 'Sand Toy' is a blissful escape from our uncertain reality and provides the ultimate sonic oasis for anyone who has the pleasure of listening. Mat employs an alluring pop melody alongside a standout guitar hook, setting the motive for this 3 minute offering. Calling upon the soothing vocals of Freida Mari, Mat's mastery for emotive dance hits shines through with ethereal flair. Although positively mellow, the track has an undertone of melancholy which mimics the passing of carefree moments and friends missed. Accompanied by a whimsical music video, Mat presents ambiguous lyrics that allow the listener to interpret and relate the song to their own individual story; a unique quality often lacking within the pop/dance space."
​
Soave · Mat Cipher - Sand Toy
Hi Mat - I’m interested in your music background in Budapest?

Hi! When it comes to getting into music, I think it started when I discovered instruments and I was just curious as to how they worked. At first it was playing our piano at home, then I started taking guitar classes. I was influenced and inspired by Muse, Bruno Mars and Avicii, all of which introduced me to 3 totally different genres. I feel like Muse taught me a lot about instruments, whereas Bruno Mars’ and Avicii’s music taught me more about the mainstream music scene. I realized that music production is what I wanted to do from that point.

Is it still home, it sounds like an amazing city?

Whenever I’m in Budapest, I feel lucky that I can just text some friends spontaneously and we would be meeting in 20 minutes or so. All of my childhood friends are from there and we’ve made a lot of beautiful memories that I still look back on as motivation and inspiration to this day. Whenever I doubt my thoughts or I feel home sick, I just think about those moments when we were hanging out.

How did your classical training come about - were you open to it? Do you feel this training helped make you the producer you are today?

I had been playing tennis and my tennis coach introduced me to Péter Légrády, who later became my guitar teacher. I loved his classes because it was the total opposite of how teachers normally teach: he taught me the basics of the guitar and we played songs I liked the most, whether it was electronic, folk or progressive rock. A few years later I took classes from Zoltán Galambos, where he used the same technique, but for the piano. I learnt the general idea just by playing pieces I loved the most, so there was no pressure. Actually, Zoltán was the person who began to teach me production for the first time, so the classes shifted from piano to beat making. Without them, I would not have the passion and knowledge that I implement into my productions today.
​What were you listening to at school?

The music I was listening to in school definitely shaped the person who I am today. I started with mainly alternative and progressive rock bands, such as Green Day, Muse and Thirty Seconds to Mars. During this time I attended a Bruno Mars concert and that was a key moment where I felt that this type of groovy and catchy music felt the closest to me. Also, I listened to artists like Maroon 5, Owl City, Linkin Park, Eminem, Steve Vai, Hans Zimmer and Selena Gomez.

We’re loving your new single ‘Sand Toy’ as well as the music video, (gorgeous vocal is Freida Mari - ) it’s got a subtle quality and we love your guitar piece –

Thank you! I hope ‘Sand Toy’ resonates with a lot of people. Personally, it is a very laid-back song for me and if people can have a great time while listening to it, it was worth it for me.

Do you know when a song is finished?

If fellow musicians are reading this interview, they know that a song is never really finished; you just let it go at a certain point. I know a song is finished when I have listened to it like a zillion times and I feel this little anxiety telling me that I really need to finish this project. From that point I just wrap it up.
​Are producers as important today as they were for - The Beatles say? Or Phil Spectre? Trevor Horn?

It has become easier to say that you are a “producer” these days. Back then, you had to have so much gear and connections that it could only work if you had the access to such places. Nowadays, anyone with a laptop can come up with great ideas. However, the name “producer” has become overused, if someone makes beats on a laptop, it doesn’t mean that they are actually producers. A producer is someone who leads the whole project from start to finish, therefore someone who is a leader and has a clear vision of how to get the most out of a record. On the other hand, I truly appreciate that producers and songwriters are more recognized these days since these jobs are very complex. Often, as a producer, you have to be a composer, songwriter, engineer and an entrepreneur as well.

Do you enjoy playing live? (if and when you get the chance?)

I love playing live because it is beautiful to see that everyone is connected, and we all focus on the same thing. I cannot wait until we get to play concerts because I have been preparing a lot of new ideas to show.

Are you passionate about classical music? Do you have a favourite piece?

My all-time favorite is ‘Once Upon A Time In Paris’ by Erik Satie. It is just such a peaceful piece that whenever I hear it, it always makes me extremely relaxed.

Are you a reader? Do you have a favourite book or film?

Very lame to say but I don’t really read, shame on me! However, I listen to audiobooks that are more educational, such as books about self-worth and leadership. On the fictional side, I love Christopher Nolan movies, such as Inception and Interstellar, and I used to be a huge Marvel fan, especially of X-Men.

What’s next for you?
​
There will be some dope and vibey songs coming this year that I’m really excited about. Moreover, most likely I’ll have a live set as well that I’m looking forward to.
​
Thanks Mat - best pauliepaul
Mat Cipher · By My Side (feat. Manu Beker)
share
​