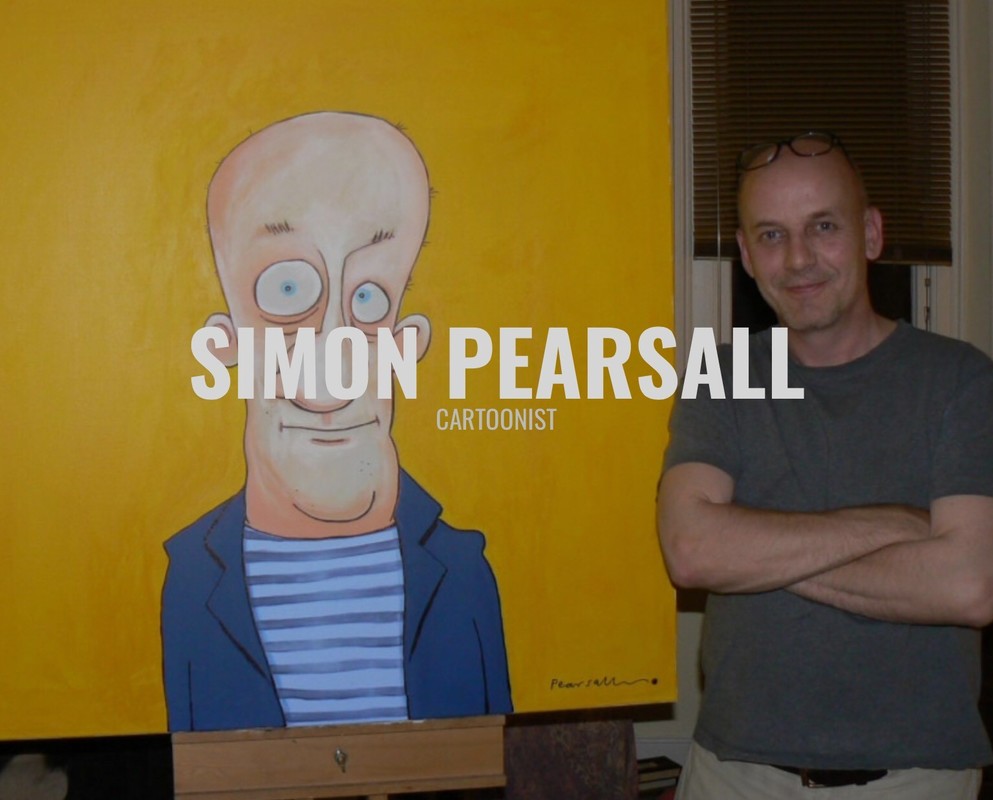 ​You have probably seen a lot of Simon's cartoons. He has been a Private Eye regular along with contributing to many other publications, including The Spectator and The Oldie, as well as creating countless other works.
Cartoons have been part of our culture for years, sometimes for good... and sometimes for bad. Simon combines his skill with his highly tuned wit and has established himself as one of Britain's best cartoonists.
I got to ask him a few questions and ended up commissioning him to do a couple of cartoons for Phacemag! 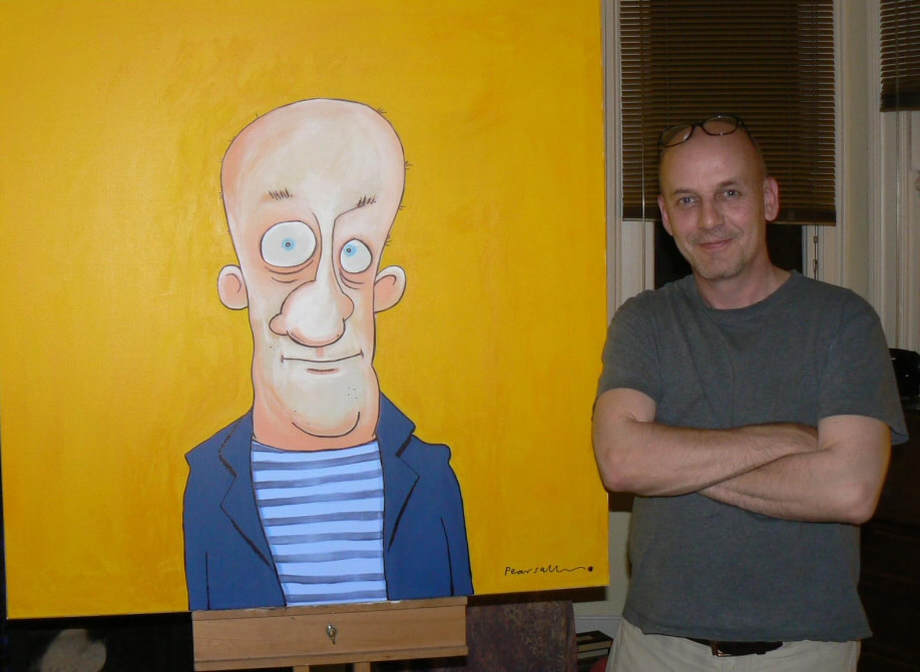 Pearsallcartoons.com
Hello Simon, thanks for talking to me and I do love the cartoons, I think you've got me!
Firstly and most obvious... did you always know what you wanted to do?
Sort of. I've always loved drawing and at school I was really keen on comics and graphic books (the Asterix series in particular), so I would copy the drawings, slowly graduating to making my own jokes. I also absolutely loved art class. In art class one of the things was 'imaginative composition'- so much more fun than a still life of glasses, decanter, mirror and spoons (that was my A Level exam!). I went to posh schools, boarding, so if you can't do sport very well you need something to stop you going under - at any school, really, I suppose - although my experience is of 1970's English public schools and mine was jokes, or at least to be able to take a joke without buckling. - 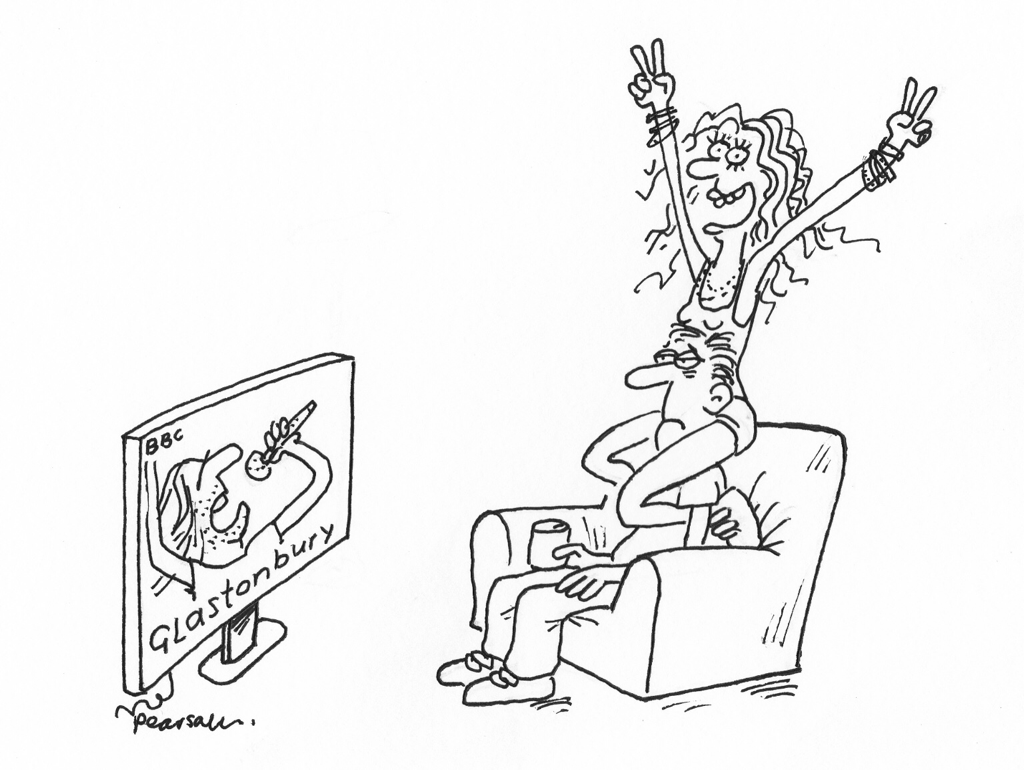 Mainly though, I was extremely fond of pissing about. I had terrible concentration and wanted attention, so if I wasn't being as distracting as possible I was drawing. What was the question? No, I didn't always know, but I did want to make people laugh, so years of acting, bits of stand-up and lots of focus-pulling later, I now quietly draw cartoons in the anonymity of my studio and weirdly now I get more attention. 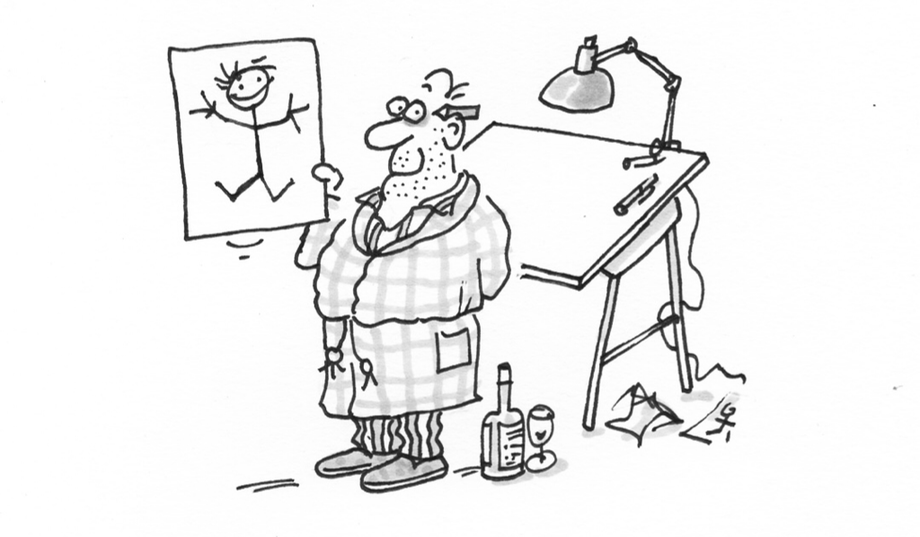 Hard @ work Simon? x
Was it the case of being inspired by someone? Can you remember the first thing you did and you thought....'that’s good!'?

I was mainly inspired by Monty Python, as most of us 70's kids were, so Terry Gilliam was obviously having a huge impact. Bearing in mind I wanted to stand up on stage and make people laugh, he can't have had an immediate influence, so it would have to be Michael Palin. I thought he was the most human performer and I loved his depictions of the 'little man'. That 'little man' idea has always been at the root of how I draw and the things I find funny (he said, pompously). I was too wrapped up in acting to think of any cartoonists as influences, but now of course it's plain there are loads. We all have 'imposter syndrome', so we look at each other's cartoons with a mixture of awe and envy. At least, I do at theirs. 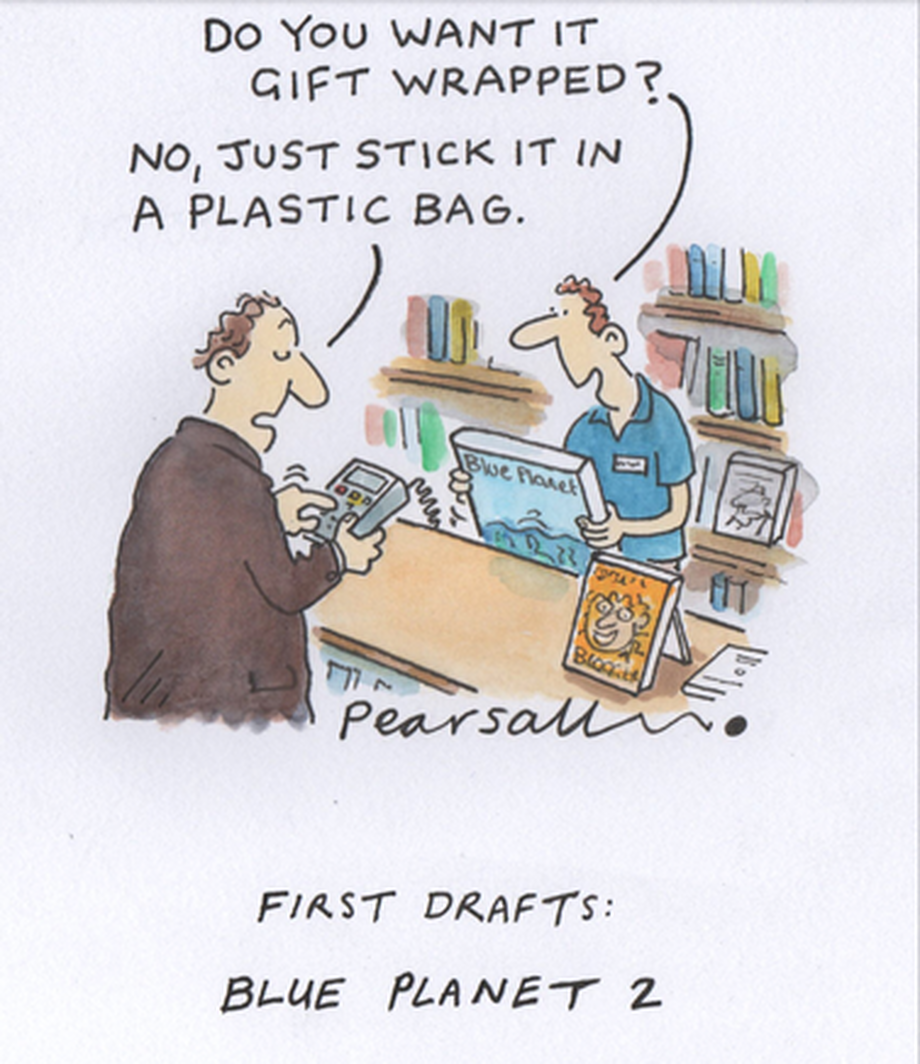 PrivateEye.co.uk
How did your involvement with Private Eye start? That must have been a great moment - it’s such an iconic publication!

I finally got the courage up to send some cartoons in after friends were starting to sound more and more exasperated that I was too chicken to risk rejection. By now the acting was a bit sporadic and I was getting a lot of encouragement from mates to draw. Or just stop acting, maybe! I was moaning to a friend about how they weren't taking any of my stuff and in fact they'd not even bothered to return one cartoon. Later that day I got a call from them saying that the cartoon they hadn't returned (Shakespeare writing a first draft of King Lear, “Lear divides his kingdom up between his daughters - with hilarious results”) could be a series and could I send in some further ideas about authors/writing. I did (this was by fax!) and they returned my pages with notes and crossings out and little remarks like 'straying from the literary theme here a bit', like having your essay marked. That's the most feedback I've ever had. Mostly it's just, you're in/you're not. So that was my first 'First Drafts' joke, which was in 2002, and so far it's still going. My god! Is anybody still reading this?
In recent years the power of cartoons has been made apparent, particularly with ‘Charlie Hebdo’. Do you think their actions caused some censorship of cartoonists?

Around the world cartoonists are imprisoned or have to flee their native countries. We're pretty lucky here in the UK, we still value humour and criticism. We have a democracy that thrives on argument. That said, there is a a definite fight going on against people claiming that the right not be offended is enough to shut other people down.

That was a heavy question sorry, back to you, do you get an idea and then have to draw it? Or do you need a subject? Have you got a set way of working - like a writer doing so many words, for example?

Both. Mainly it's just a question of watching Bargain Hunt until you're so depressed you just have to get off the sofa and draw. It's great when people phone up and ask for ten cartoons on something like 'communication breakdown in the office'. Then I have something specific to do - and also find loads of creative ways of avoiding doing it - right up to the deadline.

​​I have to ask about a book that influenced your life for a section in Phacemag. Anything spring to mind?

​Asterix. All of them! Particularly Asterix In Britain. They all sat around drinking cups of hot water before tea arrived. I loved that domestic thing set against history. 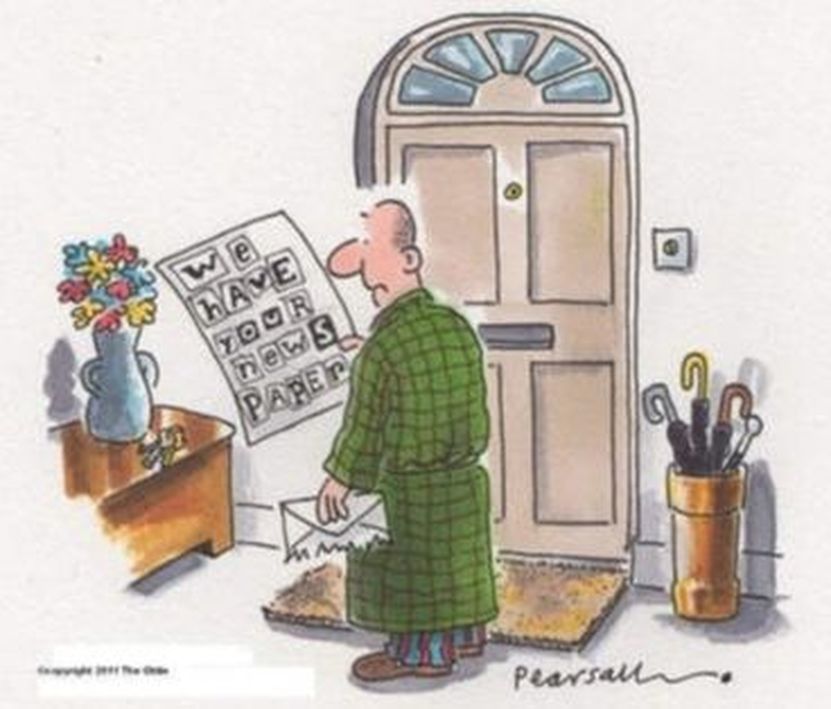 TheOldie.co.uk
I loved Asterix in Britain so much. The part of the story where Obelix has to go up the Tower Of Londinium had me in fits of laughter!
​Finally Simon, what would you say to someone who loves drawing and wants to work in your field, but teachers or parents think they are mad?

Definitely, if you have something you're crazy about, that you really want to do then you are very fortunate and should give it a go. Many don't have the luxury of that and have to take whatever they can. There is always rejection, but that's good - it should make you better. There is always uncertainty and insecurity, but where isn't there? With drawing, if you love to draw, you can draw. If you love acting, it's quite hard to just act because you need a job, someone to act with. But drawing, you just do it and if it's any good you can show it to people. The lucky bit is having a decent percentage of people telling you that what you've done isn't utter shit.
Thanks so much for the chat, Simon. That was great.
I found an animation clip of The Castle Of Londinium scene from Asterix In Britain, not sure what language it's in, but it's hilarious!
Simon continues to work for numerous publications and I'd like to thank Private Eye & The Oldie. He also illustrates for books and takes commissions. I have put a link to his website behind his portrait above. I love my Phacemag cartoons! - they are just perfect!
​Thanks again Simon x
pauliepaul
share