Owen is also performing in Belfast on September 7th in a secret location as a launch!
​

With over 100,000 streams on Spotify, combined video views of over 2 million, music shared by Coldplay and supporting the legend Dodie......Belfast born, Owen Denvir at only 29 has asserted himself as one of the finest singer songwriters around and is now announcing his biggest project to date.

Owen will be releasing a trilogy of EP's over the next 12 months, each with their own theme and story, that, when all finally released, will form Owen's first full length album. The single 'Ghost' is the first single from the first EP (Sticks).

Recorded in his home studio, new single Ghost was written by Denvir as an outlet for anxieties after dealing with a ghosting situation on dating app Tinder. Call it crazy, but between writing and recording the song, Denvir and his family had a run in with a more literal definition of 'ghost'. At one point Denvir was driving alone on the motorway when he heard loud repeated tapping on the rear window. Strange enough - but a week later, his sister texted asking why he was chatting with someone in his car outside their house. She then walked in to find he had been in the kitchen the whole time. Just a mad PR story? Or a seal of paranormal approval for the song? You decide...

Training as a young orchestral viola player, Belfast-born Owen Denvir was drawn by the alternative sound of Bon Iver over Bach. These two styles of music influence his songwriting, which Hot Press magazine have described as "honest, personal... complex and affecting".

After spending the last year collaborating with the charity 'Live Music Now' - who provide professional music for care homes and special schools - Owen recorded and produced the album "Music & Memories: Voices of Belfast" alongside Peter J McCauley (of Rams' Pocket Radio). This project was compiled over six months, where the residents of East & West Belfast care homes shared their memories and sang their favourite classic folk songs. The result is a unique set of arrangements featuring guitar, piano, viola and ukulele, bringing together voices from across the city in a blend of nostalgia and Belfast wit. A short film featuring participants at Edgecumbe Day Centre is available at https://vimeo.com/335850076
​

Firstly and most obvious you're clearly very passionate about music, can you describe your influences? Were your family musical?

Most of my music taste came from my older brothers, who got me into bands like Radiohead, The Strokes, Arcade Fire, Muse, as well as Damien Rice and Jeff Buckley who I decided early on in life I wanted to be someday (and I'm still working on it). I was lucky to have grown up near friends who loved to play and listen to music too. We'd have house parties that would mainly involve drinking and jamming to each other's music, usually with some Bon Iver and The Frames thrown in there as well. The music department in my secondary school was fantastic, but had a work ethos similar to the movie 'Whiplash', where only the very best standard was tolerated. It was also a "classical music or no music at all" kind of environment too so I just taught myself to play guitar at home. But I really loved growing up playing viola in school and youth orchestras - my teachers were fantastic and gave me the work ethic I needed for the hours I'd spend making videos and recording. Lately I've been motivated by acts like The 1975, Sigrid, Maggie Rogers, Sam Fender, Roe, Hozier, Jade Bird and Orla Gartland. I've also just discovered Randy Newman's "Songbook Vol 1" and am completely obsessed.

I often think that music peaked with classical, and everything else is a cultural/ musical - reaction to a catalyst. For example -  'Technology' eg Synth's/Electro in the early 80’s - 'Culture' even 'Politics' eg  Cool Britannia -  Acid house in the early 90's followed by superstar DJ remix's - I would add that why I consider ​The Beatles to be the exception to the rule was because they encompassed all of that...

I think we owe a lot to classical music. I heard Regina Spektor make a point about how The Strokes would interweave guitar parts more like classical music rather than rock music, which I thought made sense, and applied to a lot of bands I'm into. The music theory I studied when I was younger completely goes out the window when I'm songwriting though, because I just follow whatever I think sounds good and then figure out what the actual chords are later, which is what I imagine most songwriters do. Classical composers wouldn't have had the benefit of composing with thousands of digital instruments at their fingertips so I guess they had to follow theories and rules much more than artists would today. There is a benefit to songwriting by production though. You can turn a vague idea into something cool by just experimenting with studio toys. It's a talent that George Martin had in spades when producing The Beatles' music. He also wrote their string parts too so I guess he was an all rounder on the classical/studio front. Which is why The Beatles are the best thing ever.

You took 'George Martin' out of my mouth so to speak, I'm in complete agreement.
Does your knowledge of classical music influence your songwriting - I've just asked a silly question..

It probably does subliminally - usually I'm just following my ear rather than my brain though. But growing up as a viola player, I was always stuck with the most boring parts to play in the orchestra/quartet. It's led to me always make the effort to have every element in music production feel unique and important, even if it's not the main focus of the song. I also spent a year singing falsetto in the alto section of my school choir because I hadn't realised my voice had broken (I should have been singing tenor with the older lads), so that was some convenient accidental training, thanks to classical music. 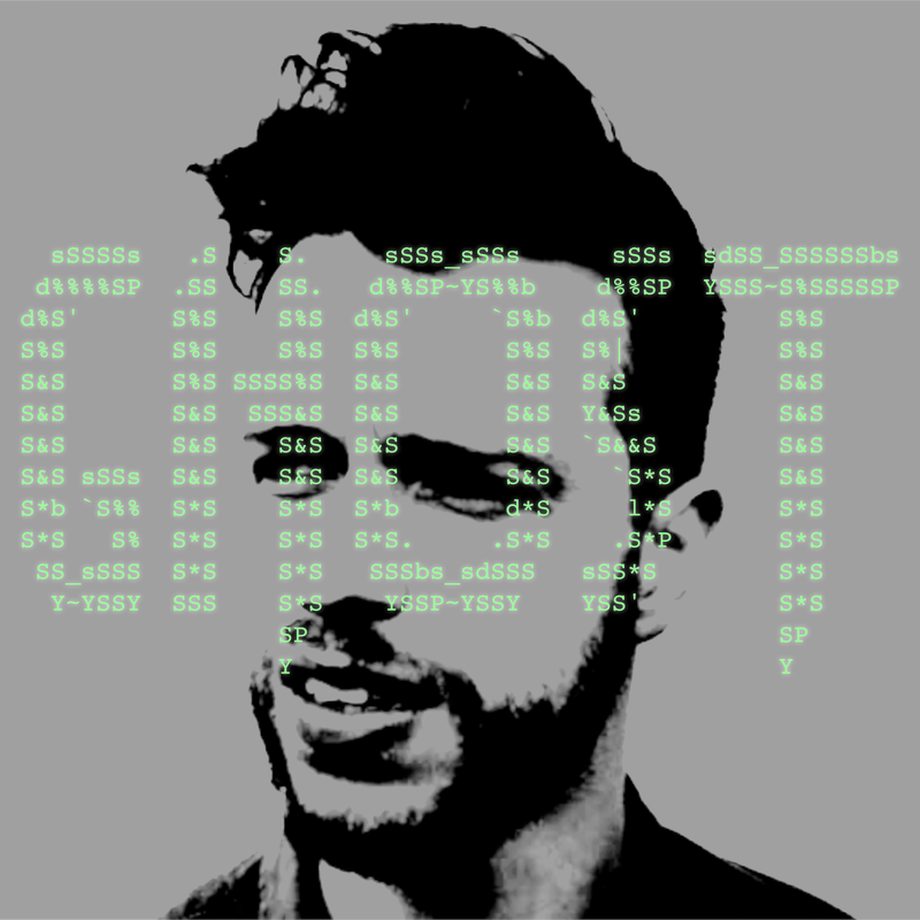 ​How connected are you to the industry, is it your friend?

"The industry" is a cruel and strange mistress, but for the most part I've accepted it for what it is. Releasing music always sends you on an emotional rollercoaster. You hope it'll have good reach and lots of people will like and share it with their friends. You focus so much time trying to promote it that you almost stop playing music altogether to make time for it. I do love making videos but coming up with fresh ideas to match the music you've spent months working on can be tough. The rule I follow is that 95% of your focus should just solely be on the music, making sure it's as good as it possibly can be, then hopefully the rest will follow by itself organically.

The only point that I feel disconnected with is the idea that every artist needs to keep firing out 1 single every few months to keep interest going, rather than providing a body of work to enjoy for longer than 3 minutes. Albums were probably what I loved most when I first got into music, but I feel some albums nowadays are geared towards every track being suitable for a particular playlist, with each track being written by a committee around a table. I've so much respect for acts like Hozier, Bon Iver and The 1975 who have a real, defined theme and sound to each of their albums.

​Owen I love 'The lie that You think I am' I'll put the video above.
​Do you feel that talent guarantees success, and what is success- I get so annoyed with artists who reappear with ‘new work’  because they found fame at a certain time in history-

I think you need a perfect storm of talent and situation to guarantee success. I've lots of arty friends who have achieved a lot, but not "broken through" as much as I hoped they would have yet. There are some superficial factors you don't really have control over. Ultimately every artist is at the mercy of the many gatekeepers to radio, labels and press - most of which are really lovely, but some can be completely flippant to musicians, despite having never gone through the emotional strain of putting out personal work themselves. I try to keep a positive perspective on things. The messages and support I've gotten from people who have stumbled across my music is what keeps me going, rather than chasing after industry acceptance.

Besides music have you a passion for any thing else?
Fav book?
Fav film?

I've finally gotten into The US Office, which has almost become my #1 obsession over music. I absolutely love it. I also play football, very badly. My latest life goal is to do 100 keepy-ups. My PB is currently sitting at 91, so hopefully we'll get there soon. I'm training with lots of 80s montage music so it's only a matter of time until I break that barrier.

After Ghost releases I'll be playing a few shows round Northern Ireland, leading up to the first in a trilogy of EPs ("Sticks", "Stones" and "Bones") which I'll be releasing over the next 12 months. Ultimately it's a way of eventually releasing a body of work that I can call my debut album, but consisting of 3 separate song collections. I've got a lot of music I'm excited to get out into the world, and will be travelling for more shows to get them out there and get them heard.

Thanks so much Owen