Unlike those of us like me who have been mainlining Haribos and barely keeping it together enough to half-heartedly stab at a tapestry of the Lake District, Remi and Alex (who some of you may know better as Scaredy Kat from the first season of RuPaul’s Drag Race UK) have being spending lockdown creating something very now, very WTF and very very impressive.

The Bare & Klare Show is a fortnightly comedy sketch show, currently available on YouTube. Comparisons are bullshit but for the sake of argument, picture this: Die Antwoord meets Mr Show meets Mighty Boosh meets Mr Pickles meets Spike Milligan meets Annoying Orange meets This Country. In onesies. Under house arrest. It’s the perfect antidote for #lockdownbrain and Zoom Doom. This collection of sketches, songs and regular characters, (taken from all corners of the cupboards and cat baskets in the house), is what the pair have been cooking up instead of preparing to take a Scaredy Kat solo comedy set to the Edinburgh Festival. Kinda blows my mind that this is what happened instead... These kids are going places, when they’re finally allowed out.

New episodes of The Bare & Klare Show are currently dropping every fortnight. Go and watch it and then come back here and read the interview with Alex. Trust me, it’s a lot more entertaining than sewing old grey wool through a bit of rotting canvas. You can thank me later…

There’s an incredible amount of work that must go into making these shows. How long does each episode take to make? Are they taking up all of your lockdown time?

Alex: I’m on my knees at this point, to be honest, with the amount of life this show is sucking out of us. Each episode takes about a week and a half to make but that’s non-stop, from 9 in the morning to 11 at night, filming and editing, animating, singing, colour-correcting, crying. We do everything. And we’re stoned the whole time so that doesn’t make anything easier.

How much of these shows had you already written/were you planning to do in Edinburgh? Were you going to be performing there as Bare & Klare?

We hadn’t written any. In fact, it was only last month when we found the scripts, lying under a golden pear tree. The sun was bright and the air was as crisp as a crisp, and suddenly we saw them. They were enshrined onto golden plates (a lot like when Joseph Smith found the Mormon manual thing), and as soon as we picked them up, a booming voice (which I believe to have been the tree) said ‘take these plates and go! Go! Quickly! And don’t let anyone stop you!’ The original writing had a lot about Brexit and gender politics in it which we decided to leave out for now. But, yeah, the fact that we didn’t manage to film the, I’d say spiritual, event so that we could prove it to the world is going to be an endless source of annoyance. As for Edinburgh, Bare and Klare we’re not a feature. It was just Scaredy Kat, singing songs and telling stories and making jokes. But, now that we have another year, Bare n Klare could make an appearance or maybe we’ll shake up the whole show altogether. 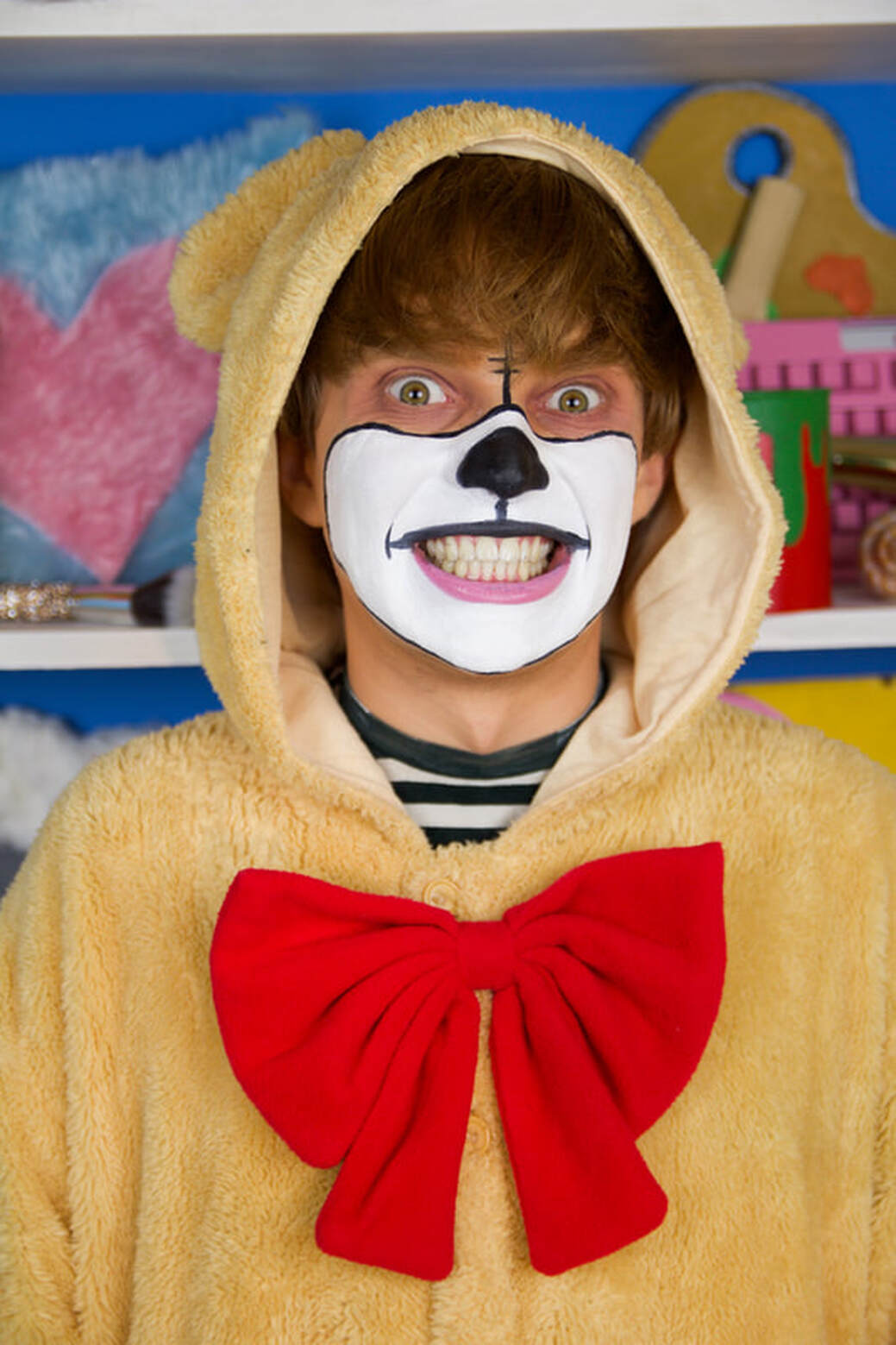 Where did you two meet?

We met in a dream, actually. Funny story. I was creating a topiary, just minding my own business, when Remi, dressed as a bluebottle fly, ran over and got all up in my business. She asked me what I was doing to which I replied ‘clearly, I’m carving out a topiary’ (it was of a squirrel - cliche, I know but I like squirrels and that’s enough reason for me). She just wouldn’t leave me alone, pestering me about the mundanity of life and the inevitable pointlessness of everything, the earth and universe alike. That’s when I realised maybe we were meant to be. So we wrote up a contract and we’ve been happily married ever-since. Or did we meet at school? I struggle to remember.

I wasn’t like the others, no. I’m talented. I’m joking, of course. They’re great - like hummus. Everyone loves hummus. I went into the contest because Remi and I wanted to establish a name for ourselves whilst also getting to explore drag and dress up. We are artists, we like creating weird stuff so that’s what we did. We made the audition tape (which I’d show the world but, if I do, the BBC can legally cut my hands off. It’s messed up I know. I’ve tried to talk to them about it but I can’t even get past the receptionist who, by the way, if you’re reading this Janet, doesn’t need to be so vicious in their tone!) and then we sent it off. That’s when Scaredy was born, a healthy weight of ‘very skinny’ and beautiful ever-since; if incredibly annoying.

Do either of you have a theatrical/performing arts background?

I walked past RADA once when I was a young boy. And Remi has watched T.V. a couple of times. Apart from that, no. We grew up in very... restrictive (let’s say) towns. The kind of place where you think you’ve seen the same person four times when really it’s just because everyone’s dull and scared to express themselves, all wearing the same thing - whoever thought navy blue was a good idea needs talking to. It was great though, I had people aggressively telling me how gay I was before I even knew what gay was.

Are you trained animators or self-taught? (either way, you’re brilliant)

We are whatever the opposite of trained is - crap? I dunno. We have taught ourselves everything. We both ‘direct’ and edit, come up with the ideas, obviously act in it, and orchestrate everything. But Remi knows more about cameras and colour, whereas I do the music, and animation. However she’s done animation for it too. Look, we’re really talented. There’s no two-ways about it. 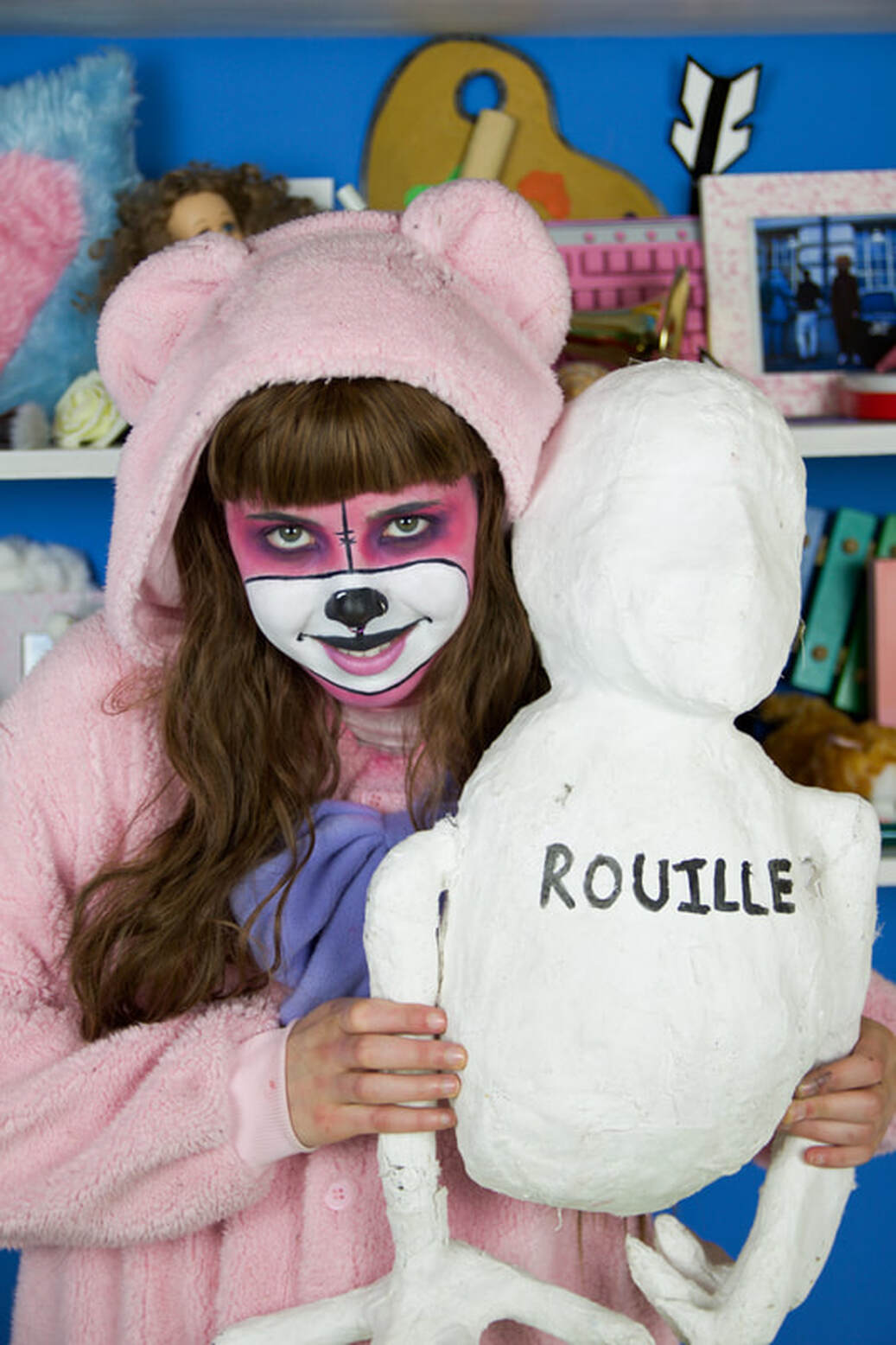 ​You’re both really good at comedy accents/voices. Do you have a favourite you like to do?

Thank you so much. We think they’re so stupid but we’ll take ‘really good’ any day. My favourite is anything close to South African or French. Remi says ‘I struggle to do all accents/voices. I’ve never been good at them so it’s really a guessing game at what might come out each time.’ Either way, they’re often problematic.

Who/what are your comedy influences?

We’re obsessed with anything created by cynical people like Bo Burnham or Tim Minchin. Chris Lilley, the guy that does Ja’mie and Summer Heights High, is so awesome. Remi: I absolutely love Aubrey Plaza, Amy Poehler and I know she’s not a real person but Louise from Bob’s Burgers is also hysterical.

Are you planning to keep going beyond the lockdown or will we see Bare and Klare venture out into the world?

Like I said before, we have no choice in the matter. It’s up to the golden plates and that damn pear tree. We will have to see though. We have many other ideas which we are hoping we can branch out a little, on a bigger platform than we have now. Oh and if SIMON FROM NETFLIX could reply to our last twelve emails, that would be awesome.

Will we be seeing more of Captain Quack now he’s/she’s/they’re back? (and what’s the Captain’s preferred pronoun now, while we’re about it?)

Quack goes through vicious ups and downs. I mean, it’s funny on the show, but once those cameras stop rolling it’s just ‘Am I ugly? Do you love me? I think I’ve put on weight’ over and over. He’s a troubled little mouse. But I’m sure we will be seeing more, he may even relapse. He saw a mean comment about him the other day and he’s spiralled ever since then. His pronouns are he/ him. However, he’s a duck, so he doesn’t really care.
Michelle Olley
​ 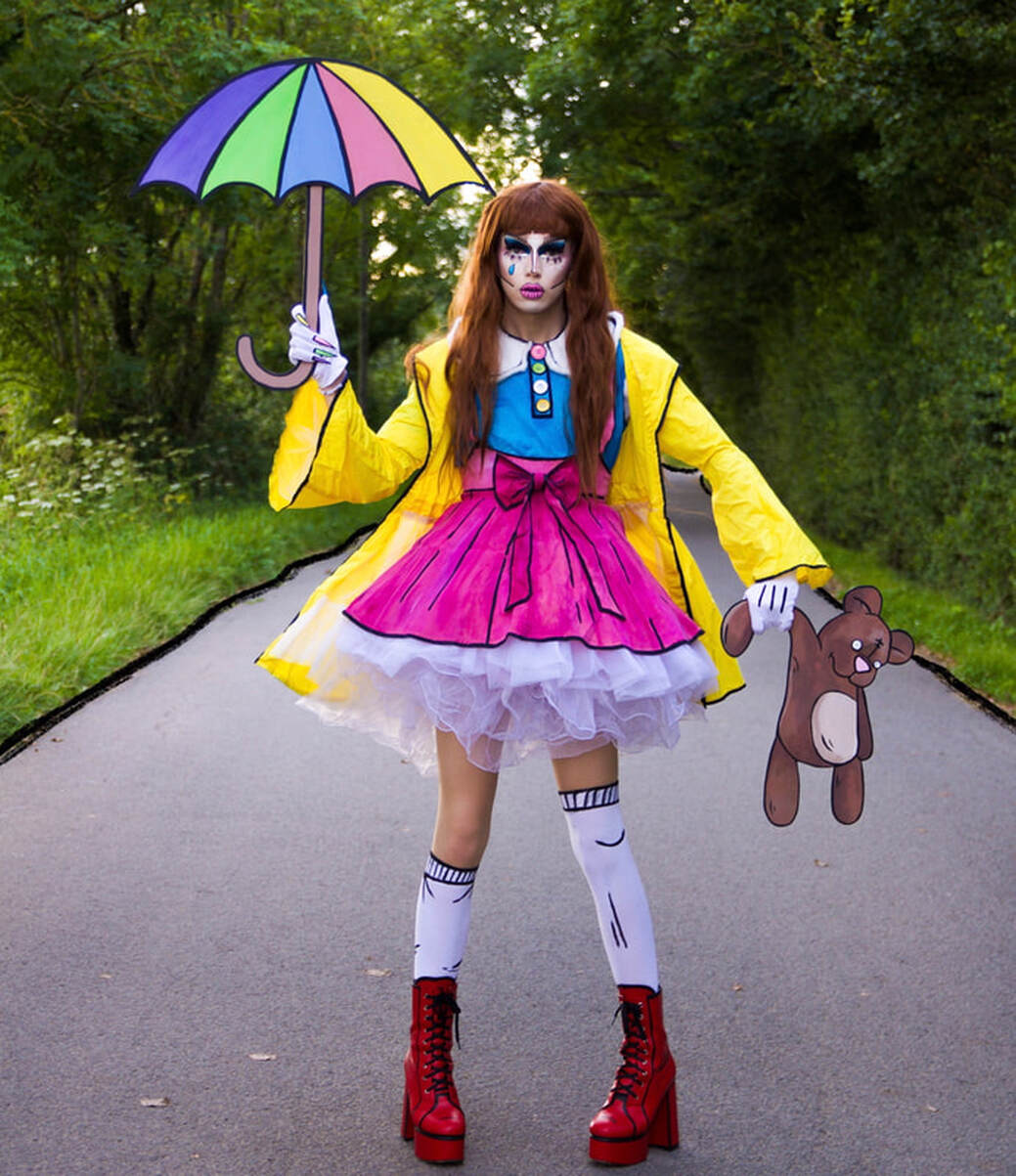