Produced by Gavin Glass in Orphan Recording studios, Free holds a mirror to the thoughts of many of us in voicing hopes for a return to normal life.

About the song Jim Murphy says … "This last year has been a very challenging time for all of us. Thankfully there is hope on the horizon with the roll-out of vaccines, but we are still some months away from enjoying the freedoms of what was once everyday life. Our song Free looks forward to that time, when we can embrace ‘sweet life once again".

Formed in 2016 by Jim Murphy, Blue Fish Diamond released their debut album From Dark to Light in 2018, which Hot Press Magazine described as “essential listening for those who like their music powerful and heartfelt”. Their music has been played on radio stations across Ireland and they're also a staple of the Irish live scene having played Electric Picnic, Whelans, The Workmans Club and The Grand Social to name a few.

With several singles and an album planned for 2021, Jim Murphy (rhythm guitar & lead vocals), Shay Sweeney (drums), Ronan Quinn (bass), Laura Ryder (piano), Axel McDonald (lead guitar), Matilda O'Mahony (backing vocals) and Ella Ryan (backing vocals) are a band to keep a firm eye on as they are sure to rise the ranks over the coming months.
​ 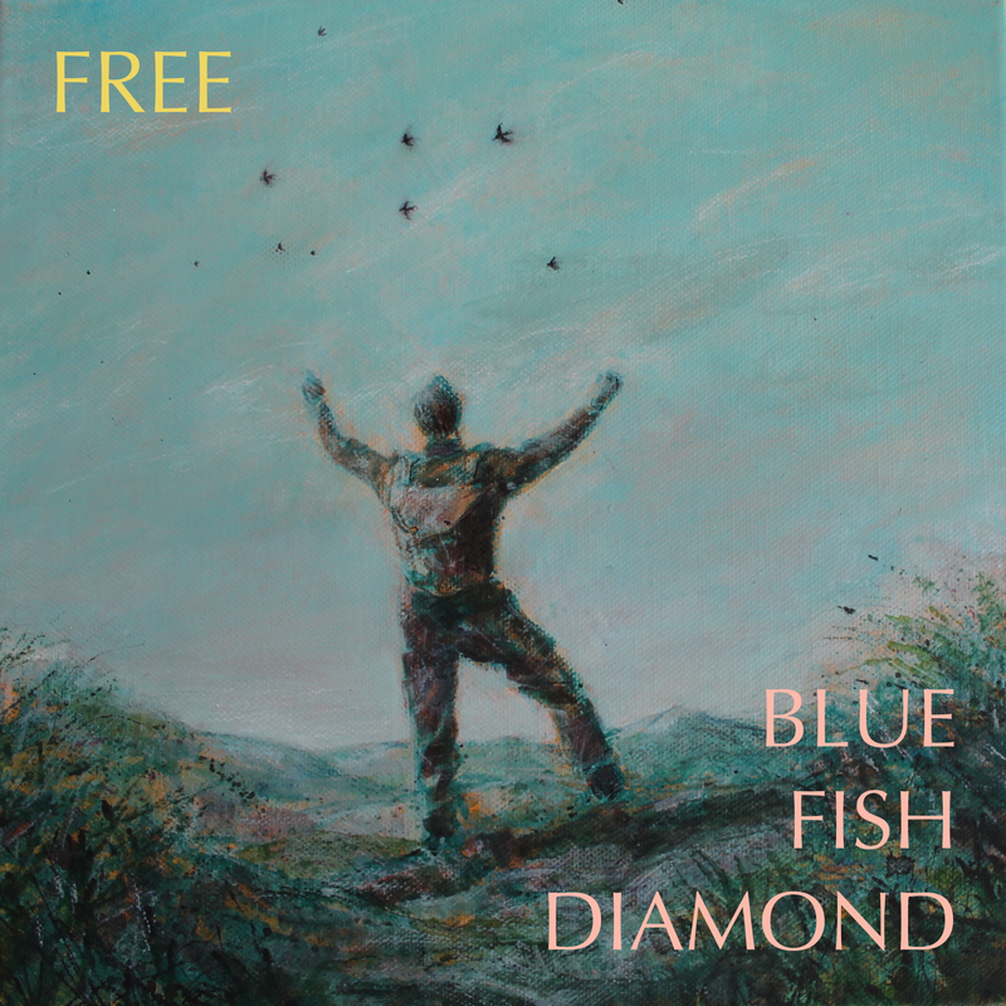 Hi Jim can I ask about you and your music?

I grew up in a traditional Irish music household and played the accordion when I was growing up. It wasn’t really my passion and I gave it up when I left school. About 10 years later I took up the guitar and fell in love with it. I subsequently developed an interest in song-writing and a big milestone was marked in 2016 when Blue Fish Diamond was formed. It’s a joy being part of the band and creating music with amazing musicians and wonderful people.

My main influences are some of the great classic ‘70s folk and folk rock artists – the likes of Tom Petty, Neil Young, Paul Simon and Leonard Cohen. I’d also count indie bands like R.E.M. and Big Thief among my influences.

Writing, what's behind the lyric?

I think human emotions and life experiences are the main sources of inspiration for my lyrics. For example, the lyrics of our new single ‘Free’ speak to the thoughts of many of us in voicing hopes for a return to normal life and an end to the current global pandemic.

I look at how the band’s music has developed since we formed in 2016 and how we have grown together as a musical unit. I see tremendous progress in how we sound and perform now compared with when we started. This progress was gradual but it gives me great strength when I look back and see it and a huge belief in what we can go on to achieve musically in the future.

Has your music evolved/matured/ are you conscious of that?

From a songwriting perspective, I am constantly looking to learn and improve. Melodically and harmonically, my goal is to draw the listener in so that they hear a song enough times to develop an understanding of what the lyrics mean … which in turn will hopefully make them want to keep coming back to listen to the song. Musically, the band has developed our own distinctive sound with the help of our producer Gavin Glass. Whether a song is a fast uptempo number or a mellow ballad, I think we are now at the point where you will clearly hear Blue Fish Diamond’s DNA!
​
It feels like you've had a journey?

I went to college to study music as a mature student in 2014, having worked as an Actuary for some years. It was one of the hardest decisions I’ve ever made but I’ve enjoyed (almost) every minute of it since then!
It's important to me that our music conveys a “feel good” factor, that includes our more reflective songs. For example, our previous single Sunshine In My Brain was quite deep from a lyrical perspective, dealing with the challenges of mental health. However, the music for the song evolved from sparse piano, vocal and string arrangement early on to a driving percussive swell towards the end of the song, finishing it very much on a high uplifting note.