This was such a rewarding interview for me. Listning to Karim's album and being completely moved by it was the start. The second part, getting the chance to ask him about his music having very little knowledge of the genre was a challenge. But it soon became for me a lovely exchange, and Karim provided a delightful insight which helped me to challenge some of my  pre conceived notions! I've published the conversation as it was, and hopefully what comes across is that I was genuinely interested and intrigued!  The beauty of course was that Karim seemed to understand..!? me ... pauliepaul 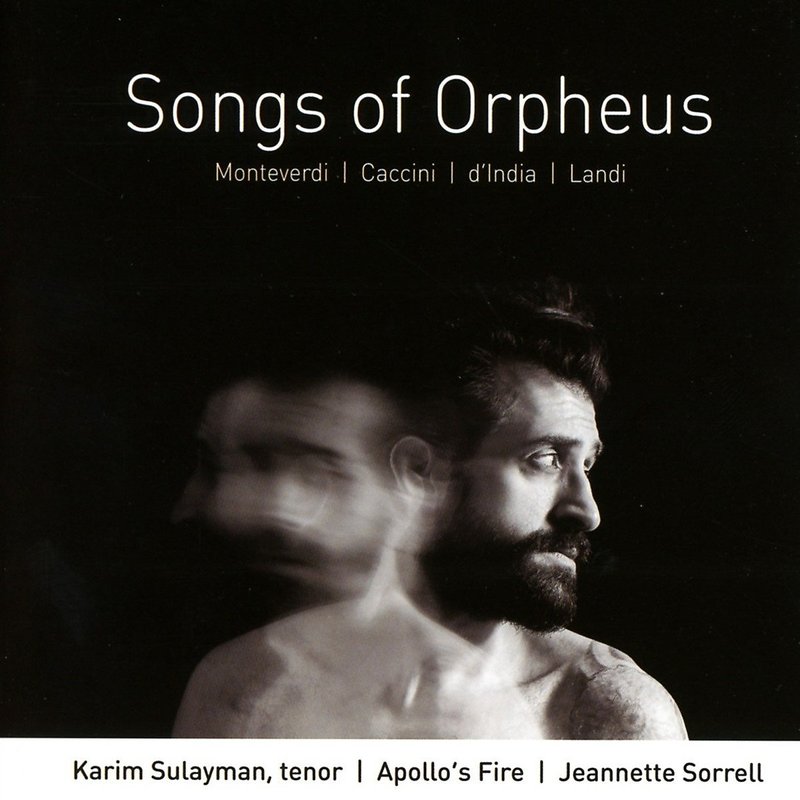 KarimSalayman.com
I’m so out of my depth with this, Karim. It’s music that I wasn’t brought up with. To my parents, who were (English) working class, the classical genre seemed completely alien.
I have found a massive appreciation for it as I’ve matured, but I do feel that in Britain, it still remains a relatively elite style of music - I’d love your thoughts on this and how you were introduced to it...
When did you first (not only listen to) but find out that you could sing this music? if I’m correct you're a tenor?

Yes, I am a tenor, but I sang as an alto in choir until I was about 16.  I was a late bloomer!
I asked for a violin when I was three and my parents complied, the poor things! I didn't have a great talent for violin, even though I played for 11 or 12 years. so I started playing and training then.  Shortly thereafter, my kindergarten music teacher told my parents I had a pretty voice and that, if it interested me, I should join the Chicago Children's Choir, which was and still is, an amazing organisation that brought a lot of kids with different socio-economic and ethnic backgrounds from all over the city together to sing twice a week. So I was singing lots of different kinds of music at a very young age.  We sang folk songs from all over the world; gospel, spirituals, classical religious works, etc.  I'd say that's where it all started.  To your point, I do think classical music CAN be construed as elitist, but I also think that exposure at an early age is key to changing that, or at least changing the perception.  There were so many kids that i grew up with who may have never have heard a classical piece of music if they hadn't come up through the choir.  But the power of singing something like, eg. Benjamin Britten's 'Ceremony of Carols' bonded us forever.  I'm a big believer in the butterfly effect and I think that if a kid has some kind of positive response to that kind of music, (be it a positive experience with friends, or a true love and response to the actual sounds and music itself), then it will stay with them in some way or another forever, and could inform not only their tastes in music, but their appreciation for different genres.

I also think it's important to just remember that everything we hear as new music today, in any genre, is a result of what preceded it.  So when I hear a song by Monteverdi, like the one that opens my album, I hear the folk tradition of the time and also the ways that Monteverdi started innovation by beautifully and intentionally merging text and music together, which is what became hugely important to the composers of the time.  Those ideas certainly resonated in what was to follow when singer-song writers of the twentieth century and today compose their music to tell their stories.  In the end, we're all just telling a story with sound.  That's not so elitist.

​I just think that your social background, where, how you were brought up as children and not hearing any other kind of music apart from pop music on the radio..does that in itself create a musical class system?

I'm not sure I understand this question.  But I will say that I do think people want to be entertained and moved by a performance - sometimes to escape from their daily grind, but sometimes we just respond to sound viscerally.  I don't think any of that has changed from 1600 and before, to where we are now.  Forms and styles of music have evolved, as have we all.  Our job as artists is to reach people and help them.  If I approached this music (17th-century Italian songs and arias) in an elitist way and not as a human trying to communicate with another human, then I think we'd all be in big trouble, and you, as someone who THINKS they're out of their element with this genre (even though I'd argue that that idea is hogwash), certainly wouldn't have responded in the way you did, right?

Yes! I have to say that I understood your answer better than my question... 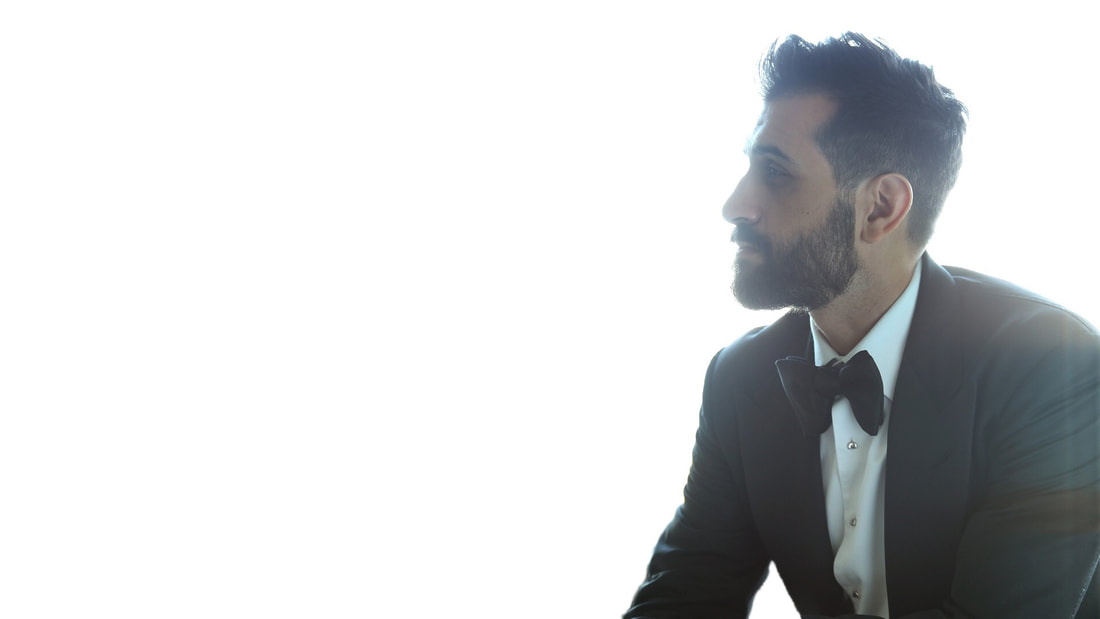 Karim, your work seems to be all encompassing, if, (and it's a big if), if you hadn’t been a fantastic singer, what do you think you would have done? Or is that too alien? Acting? Writing?
I'm going on my experience of creative people & how it often overlaps...

Something that I think I responded to when I was young about opera was that it was "all things art" happening at once. It's music, acting, poetry, visual art, design and dance, so I can't think of what else I'd do because I'm doing a lot of different stuff at the same time, and it's really fulfilling in a lot of ways! But something that is deeper about what I do is the insight it gives me to different characters and psychology - I think I might be a pretty good therapist! ....But maybe that's years of going through my own therapy, too?! Haha!

Your point about opera being all things art, for me, applies to theatre as well. This is one of the reasons why I consider theatre, alongside opera, as being the purest form of art remaining. Pure performance!

Last one Karim, before I publicise your brilliant album further.... if you could have dinner with anyone - dead or alive, past or present - and ask one question... who and what would that be?

That's tough, because I like a lot of people and I ask a lot of questions.

Alive: Anoushka Shankar, I think, and I'd ask her if we could play/sing some music together, then see where it goes.

Dead: probably my father's father. I never knew him and I think he could give me a lot of insight into who I am and what I've become. I'm not sure what I'd ask though. I'd probably just say hi and take it from there.

I'd also just love to tell Claudio Monteverdi 'Thank you'. No questions, although I couldn't promise that I wouldn't start any idiotic ramblings! Just thank you - which I hope I comes across in this album.
Karim, I think of all the people i've spoken to for my magazine, Phacemag, this has been the most enlightening interview. Challenging, no, because it was a real pleasure and you should know that the opening song on your album will travel with me throughout the rest of my life... Thanks so much.
What's in your diary? What's next?
​
​Oh - up next is the role of Salanio in Shakespeare's Merchant of Venice, with NYC's Compagnia de' Colombari, I'm reprising this role from September.  It was my first foray into professional straight theatre, but I do sing quite a bit in this production.  This July I make my debut with the Chicago Symphony Orchestra in Leonard Bernstein's Mass at the Ravinia Festival before heading directly to Stockholm for two months for the world premiere of Syskonen i Mantua at the Drottningholms Slottsteater.
I'll be in the UK in January 2019, performing French chamber music with the Navarra String Quartet, British pianist Tom Poster, British soprano Raphaela Papadakis, and my dear friend, renowned violinist Elena Urioste. These are programs we performed at the Roman River Festival (also in the UK) in the summer of 2017 and were recorded and broadcast by BBC Radio 3.  We'll be doing them all again at Champs Hill in Sussex.
​
I wish you well Karim, and thank's so much for genuinely moving me with your music, in particular this amazing album!
​It was a pleasure talking to you.
pauliepaul
share
google.com, pub-1336815800049544, DIRECT, f08c47fec0942fa0