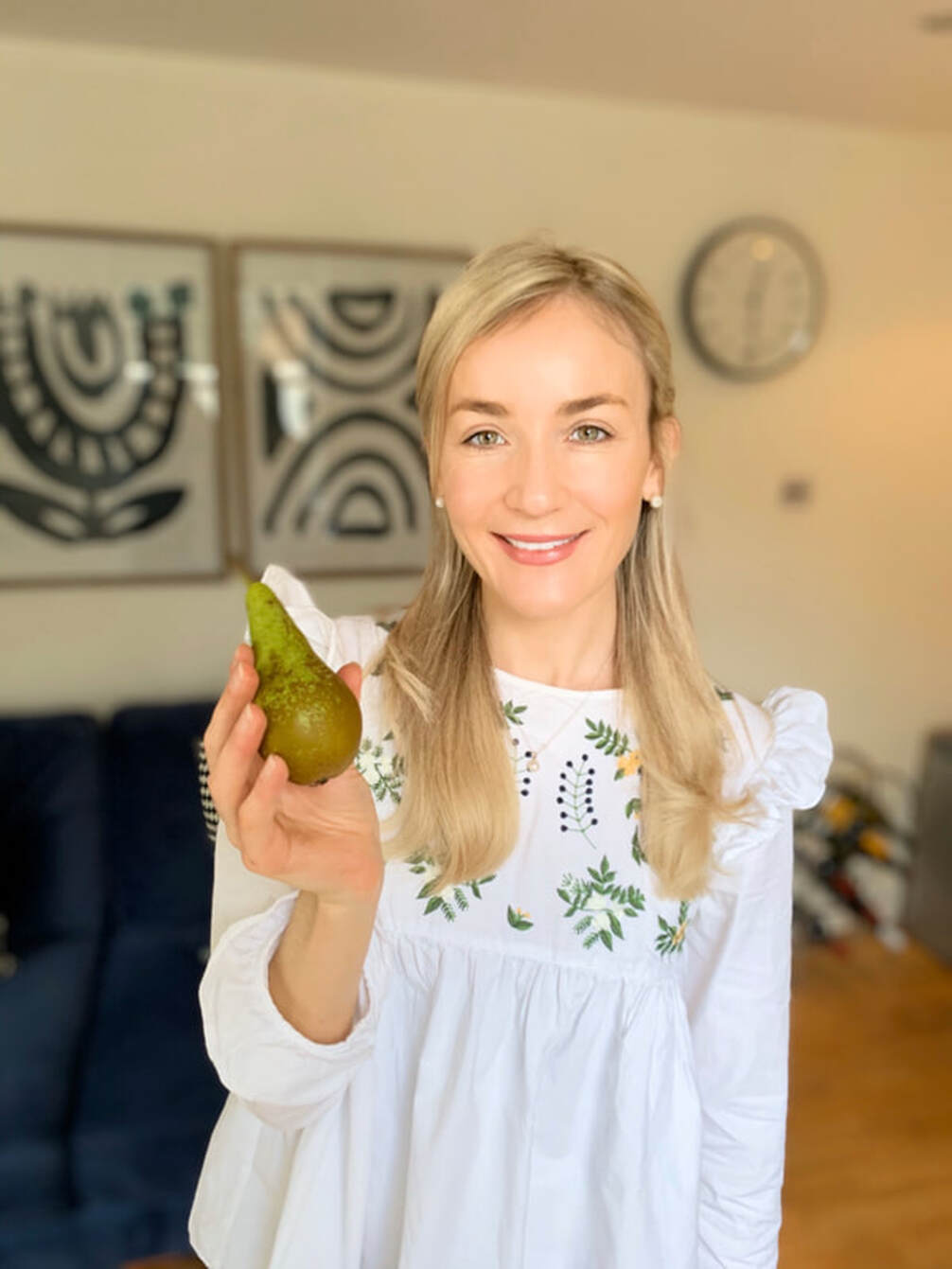 Lily Soutter Nutrition
​9 February 2021, London: Expectant mothers need to be mindful of the food they consume throughout pregnancy, particularly in the first trimester. Any food consumed by an expectant mother is the baby’s source of nourishment, which means a varied and balanced diet is key. British Apples and Pears has teamed up with leading nutritionist Lily Soutter to explain why pears are one of the best foods to consume during pregnancy.
Soutter explains, “Pears are low in calories and have high nutritional value, which is essential for the development of a healthy pregnancy. The regular peak in births in late September indicates the biggest pregnancy boom is at the start of the year1, making it a perfect season to enjoy more pears”.

Pears are also an excellent source of dietary fibre, with just one pear providing 20% of our daily fibre requirement. Fibre is crucial for digestive health, which is often sluggish during pregnancy2 . Getting enough fibre in a pregnancy diet aids the functioning of the digestive system, to help ease constipation3 .
Soutter adds, “Pears are a tasty way for expectant mothers to consume vital nutrients such as potassium, folate, vitamin C and vitamin K, all of which alongside a nourishing diet, contribute to our daily requirements4. Pears also provide an array of antioxidants which lie within the skin. It’s important to enjoy the skin of a pear as well as the flesh as peeling the skin has been shown to result in a 25% loss of these beneficial plant chemicals5.”
A healthy balanced diet throughout pregnancy is important to help the baby develop and grow. Special attention should be paid to certain nutrients for optimal wellbeing including iron, omega-3 fatty acids and folate. Iron-rich foods include red meat, pulses, nuts and eggs, while the top source of omega-3 fats remains oily fish (although pregnant women should consume in moderation). What’s more, research suggests folic acid supplements should be taken during the first 12 weeks of pregnancy to reduce the risk of neural tube defects6. In fact, pregnant women are encouraged to consume folate rich foods including green leafy vegetables, chickpeas and kidney beans.
When introducing your baby to solids, pears are a great fruit to try in the early stages of weaning. Many anecdotal reports suggest that pears are generally well digested and tolerated7.* It's important to peel the pear for a young baby, and if it’s ripe enough, you can also steam it for a few minutes to soften the fruit.

Ali Capper, Executive Chair of British Apples and Pears says, “Britain has the perfect climate to grow delicious pears, which are readily available in supermarkets across the UK, all year round. There has never been a more important time to incorporate healthy foods into our diets, and this is especially important for pregnant women who need to closely monitor the foods they consume for their own health and for their baby’s”.
Pears can be consumed alone as a healthy snack or as part of a meal. Soutter suggests trying a simple, yet delicious grilled mackerel and pear salad recipe, served with sliced fennel, lemon juice, watercress, pumpkin seeds and creme fraiche. This refreshing salad is full of essential omega-3 fats, which are crucial for the development of the baby’s brain and eyes8. Or for those looking for a morning pick me up, why not start your day with a delicious bowl of yoghurt, topped with sliced pear and a dash of honey for the perfect flavour combination.

About British Apples and Pears

British Apples & Pears is a limited registered company formed in 1990 to organise and develop the promotion of the British apple and pear industry. They work year-round to promote delicious British high-quality apples and pears and we are led by a committed board of grower directors. The organisation acts as a trade association, to promote and safeguard the interests of its British grower members and to promote British grown apples and pears. Membership is restricted to British growers of apples and pears and each member’s shareholding is determined by their hectarage of apples and pears.  It is funded by a voluntary levy – every time a class one British apple or pear is purchased the growers donate a small sum to the promotional fund.  It represents the whole of the British industry, working hard on their behalf to grow their market share, raise awareness and engage with consumers and retailers with the aim of supplying 60% of all the apples and pears consumed in the UK by 2030.