We love this, such a great band and great musicians! Big love guys - fran x
Earthy, animated and uninhibited, Eat the Evidence’s explosive live shows are the stuff of legend. From sweat-box venues in London and beyond to packed festival marquees, the band’s gigs are outrageous and carnivalesque affairs with audience participation guaranteed. ETE’s debut album, ‘Sex, Drugs & Wishy Washy Politics’ somehow succeeded in capturing such visceral energy in the studio, its iconoclastic subject matter ranging from junkie girlfriends to the post-party comedown to political and existential conundrums.

Now the follow-up – recorded at Bridgend’s Jamtown Studios by David Enos – ponders a new roster of 21st-century concerns, such as paying for people to read your Facebook posts, roadies slipping in their own sick, and simply the highs and lows of being in a band. As ever, ETE’s foul-mouthed rejection of societal flaws and riotous celebrations of the good times are delivered via biting satirical lyrics, breakneck rhythms and a whole host of instrumentation including accordion, trumpet and ukelele alongside the bass-guitar-drums mix

At a time of growing global and national volatility, when the digital information overload seems to broil with nothing but the mind-blowingly infuriating, couldn’t we all use a song involving a little slapstick? And sick. Slippery sick, in fact. Throw in a broken ankle too. And who better to deliver such a musical missive than that uniquely raucous London quintet, Eat the Evidence.

“He won't be there when we need him the most,” says Eat the E’s Tom, “but he still regularly boosts the morale of the band – if only by bringing us tequila mid-set. So it’s nice to give him some recognition. Steve’s foot took some time to heal but he is bouncing around now and ready for this year’s festival season.” 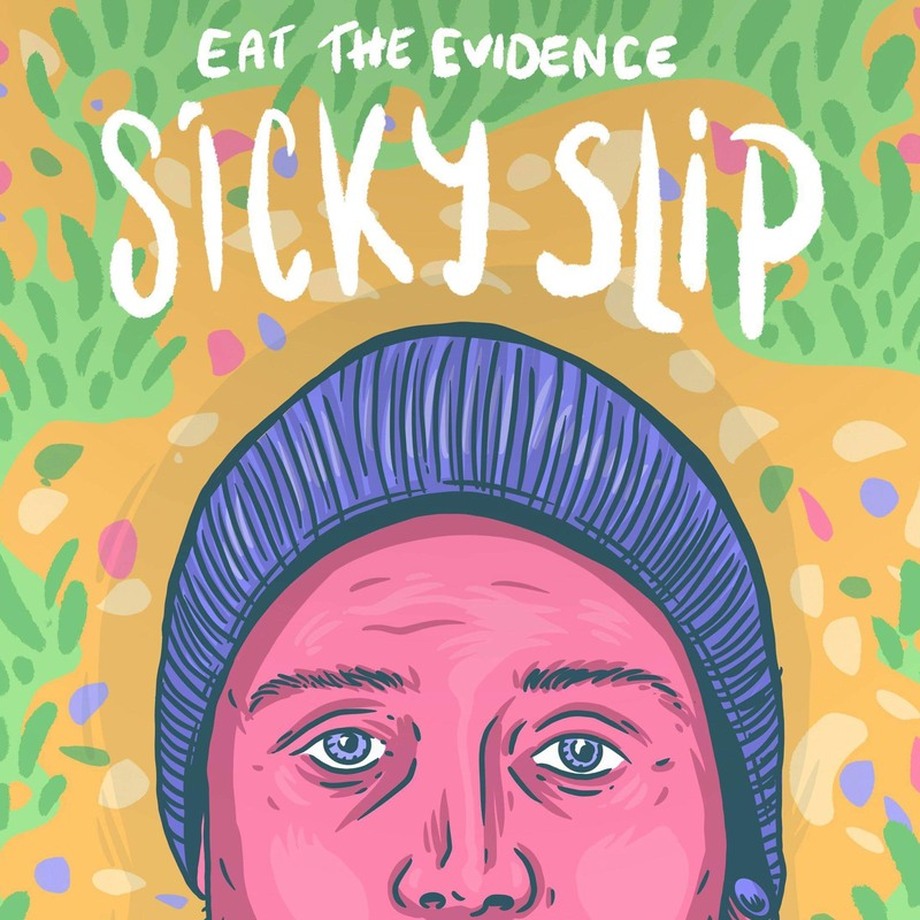 Single Cover Pic Link - Eat The Evidence Bandcamp Site
​For it was at last year’s Boomtown Festival that Steve, Eat the Evidence’s roadie, slipped in his own spew, fracturing his ankle and rendering him unable to complete his roadie duties. And this year the band have decided to tell everyone about it.
‘Sicky Slip’ is not only a ska-punk-goes-emo tribute to Steve’s ordeal – one that swiftly trashes its olde English folk intro for an onslaught of energised overdrive – it’s also a nod to the trials and tribulations of every roadie. These unassuming employees rarely get acknowledged, unless, as in this case, they do serious damage to others or themselves.
​