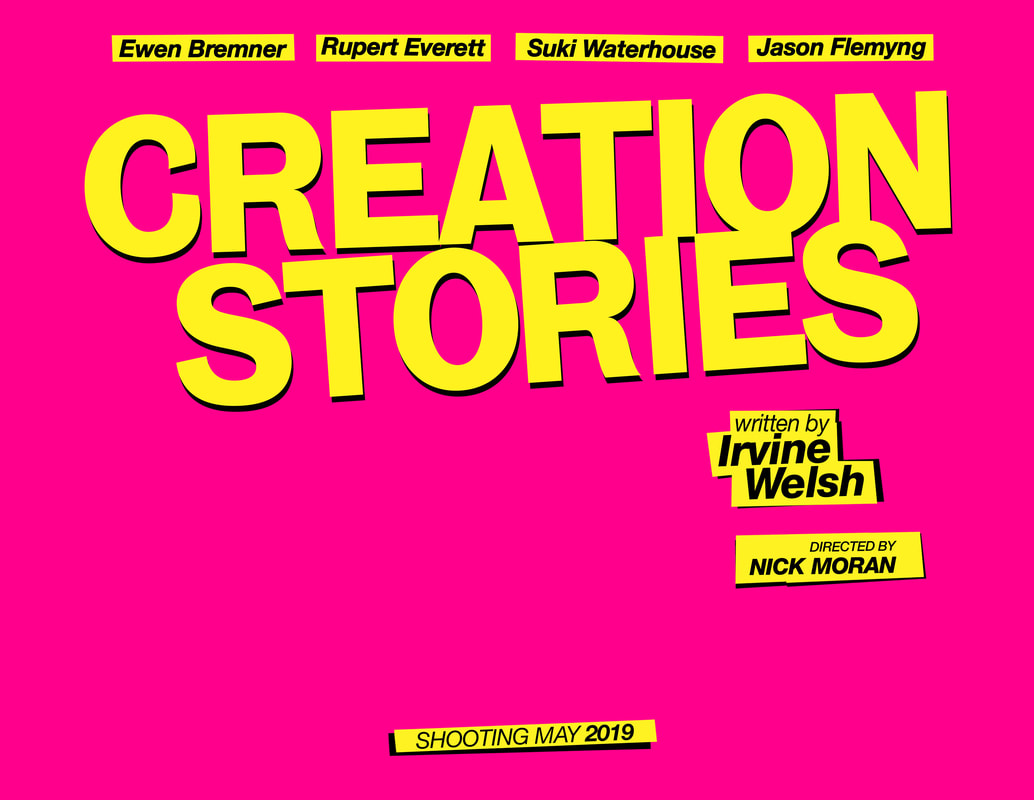 "Cult figure Irvine Welsh is the best-selling author of a number of critically-acclaimed novels. Irvine has penned the screenplay with writing partner Dean Cavanagh. Their close relationship with McGee, and first-hand experience of Creation Records’ trials and triumphs, make the team perfectly positioned to bring the story of the label head’s dizzying highs and lows to the big screen."

Nick Moran, best known for his role in Lock Stock and Two Smoking Barrels and directing of Telstar: The Story of Joe Meek and The Kid, shall be directing the production and working alongside Boyle to create a snapshot of a multi generation spanning record label and the British culture which it created.

Welsh says, “I’ve been lucky to work with both Danny and Nick over the years and to have the two of them together on this project, along with Ewen, feels like a lottery win.”

Director Nick Moran says, "Working as a team with Danny on this film is a dream. He is a visionary, the most important British film-maker since Tony Richardson, rightly regarded as one of the best directors in the world today and one of the most successful. He is also the kindest and most open of people and a cornucopia practical knowledge and wisdom.  One of the nicest people you could ever meet. The last time him and Irvine worked together they changed the world of cinema. Who wouldn't be excited to be part of that team!"

Casting Director and Producer Dan Hubbard is taking care of all casting for the feature, and plans to put together a strong creative ensemble of British talent.
​
*Creation Stories Casting Call*
Are YOU Their Liam Gallagher? Burning Wheel Productions and Dan Hubbard Casting are looking for their Liam Gallagher for the feature film, Creation Stories, shooting in June 2019.

Creation Stories is a screenplay by Irvine Welsh, Directed by Nick Moran and Exec Produced by Danny Boyle. The film is based on the autobiography of Alan McGee,Riots, Raves and Running a Record Label: The Story of Creation Records. Confirmed members of the cast include Rupert Everett, Jason Flemyng, Suki Waterhouse and Ewen Bremner, who will be playing Alan McGee.

Role Criteria:
Do you have the swagger? Do you have the look? Do you have the voice?
Male aged 18 – 23
We are looking for more than just a haircut and a parka.
Please self-tape your audition using the dialogue from the video link below from 0:47
https://www.youtube.com/watch?v=6Uq8o0QLH1I