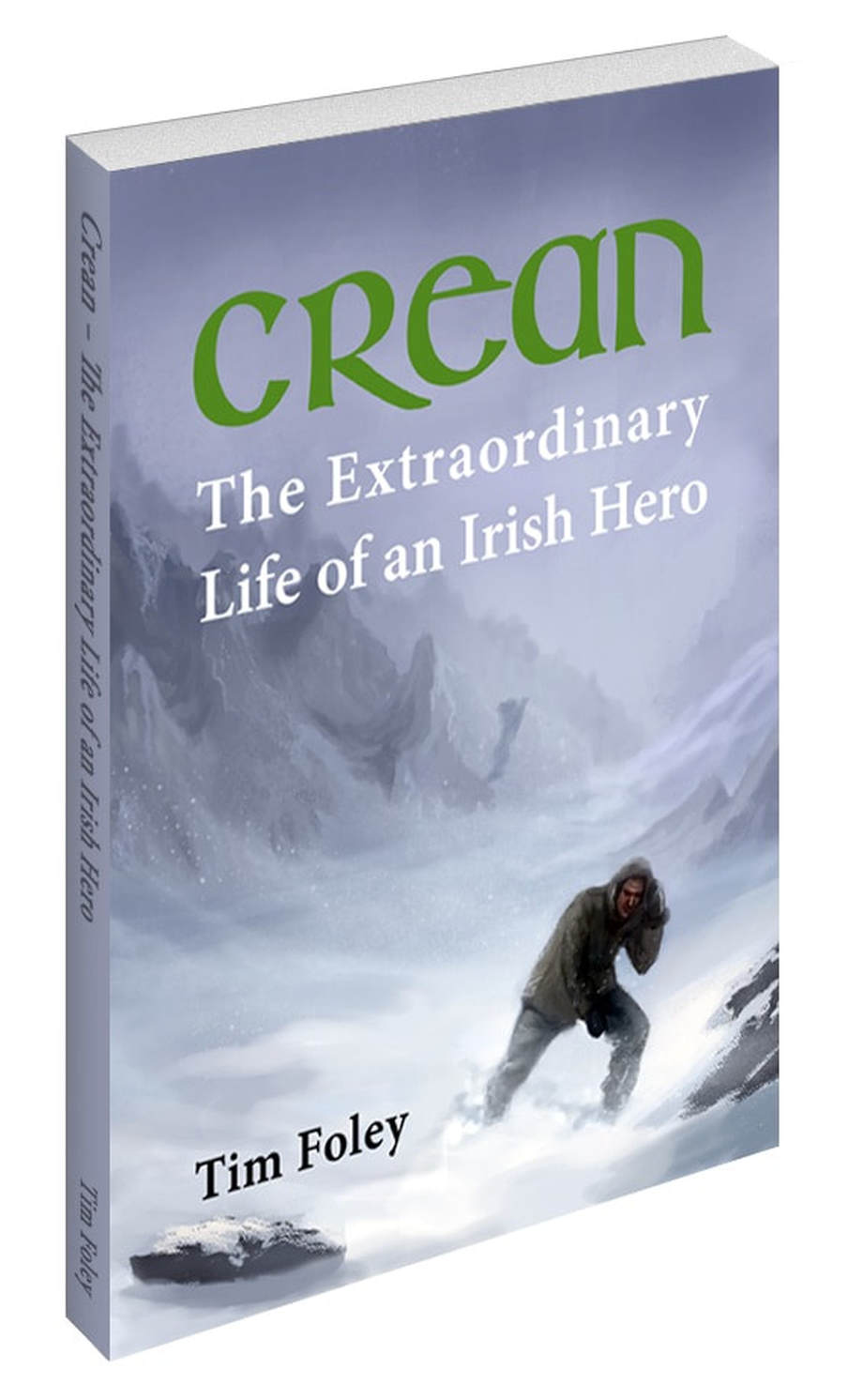 Crean - The Extraordinary Life of an Irish Hero -
Tim Foley

I've had a fascination with Tom Crean for a long time. I always tell people that if I had to name a hero, it would beTom Crean. I'm not alone, I find like minded people all the time and Tim is an example, to the point where he's written this most excellent account of Tom Crean's life.
Tim also campaigns to get Crean the recognition he deserves, when you read this book you will join the campaign!
pauliepaul

​Foley’s campaign for Tom Crean to be honoured by the Irish Government generated over 10,200 signatures in a petition that was, in February 2018, handed over to the Minister of Defence in Dublin. The petition calls for the government to name a new Multi Role Vessel and the flagship of the Irish Navy, the LÉ Tom Crean - the decision is expected in 2019.

Evan’s grandson, Julian, reminds readers of his own debt of gratitude to Crean in an emotive Foreword to the book:
“In rescuing my grandfather from certain death, Tom Crean assured my very existence.”
​​

"A tale of heroism that almost defies belief: The definitive book on Tom Crean, written after two years of research at some of the world’s most respected archives.
This book takes us from Crean’s roots in an oppressed Ireland to the frozen landscape of Antarctica.
After learning of this remarkable man’s heroism - you too will be left with the question: why has Tom Crean not been honoured by successive Irish Governments to this day?
Antarctica, the harshest environment on our planet: where even today an explorer’s survival is severely limited should they become injured or sick. Roll back a century to the pioneering days of Antarctic exploration - with no means of communication, wearing inadequate clothing and with a dwindling food supply - the chances are that an explorer’s fate was sealed.
That chance of survival, however, would be boosted if one of your companions was prepared to risk life and limb to bring about your safe rescue - step forward Tom Crean.
After suffering the disappointment of not being chosen by Captain Scott for the final assault on the South Pole, three men faced a gruelling 800-mile return journey. With Edward Evans, the commanding officer, close to death, their exhaustive, energy-sapping trek would come to a halt 35 miles from their destination and it would fall to Crean to make a historic, life-saving solo march.
‘If you are to go out, then we all go out together’ Crean’s words to his dying senior officer, Evans, who urged Crean and Lashly to carry on without him, epitomises the very essence of the man he was - selfless, brave and fearless."
​
​About the Author
​ mini bio