​"I'm more of a fan of Simon & Garfunkel than Paul Simon," Jim Bob begins. "I mean, yeah, that's also Paul Simon, but I prefer that stuff to the later material. It gets a bit more muso for me. And Art Garfunkel sings in this ridiculously good way."
The comparison is not mere fodder: Who Do We Hate Today is steeped from head to toe in the type of wistful lyricism nominally heard on Bookends and Bridge Over Troubled Water. Jim Bob starts laughing as he tells us of a video clip that demonstrates the many workers busying themselves to the sound of the hymn like 'Bridge Over Troubled Water.' And then there's 'Jim's Bed Of Unease (Intro)', a crisp, choppy sound collage that recalls the probing, "Voices of The Old People'. "I wanted to use that track for 'A Random Act', but it didn't really work. Didn't really fit the song. I wanted to use this recordings of lots of angry people...There's a lot to be uneasy about in the world."
He's speaking, of course, about the pandemic that has caused people all over Britain to isolate themselves from one another, and his unease-appropriately tempered for the interview-is evident. "My bass player is Scottish, and we couldn't record this album with her. She went off travelling for three, four months around the world, and she ended up spending over a year locked in New Zealand. I mean, there are worse places to be locked into [laughs]."
She's returned to the Britain, and is perfectly poised to perform with the Carter Unstoppable Sex Machine frontman in November. The singer himself seems good natured, chuckling intermittently at the various events that has led to the second album in as many years. "This album was written during the pandemic," he tells us. "I can't remember what lockdown it was, but it was the one where they didn't want us to leave our homes. You couldn't go to work unless it was essential, so I remember feeling guilty going to the studio thinking I would be stopped."
"I'm more of the opinionated nature," he continues, "so I write my music to reflect where I am. And if people don't like that, well, that's too bad! A lot of this album was continuing on from the last one. "
The tells are there: ‘The Summer of No Touching’ demonstrates an artist lost in a sea of loneliness; ‘Karen (Is Thinking Of Changing Her Name)’ is a kind offer of support  to the many women caught in the shifting landscape; while the guitar heavy ‘The Earth Bleeds Out’ showcases Jim Bob at his rowdiest. “Things have never been perfect, but I wonder if tv and social media is making things worse? Would we know so much if these things if they weren’t online all the time?”

While not overtly polemical,  Carter USM wrote with great clarity about the shifting world around them. "I guess writing changes from when you were young, not that I was that young even then, " he giggles. " I'm quite proud of 'Only Living Boy In New Cross'. I was trying to write about what was going on-things like Aids. But I wanted to show it in a very poetic way."
Jim Bob is impressed by a Paul Weller quote ("Wish I'd come up with that," he says), and agrees with us that the anger never dissipates- it simply changes speed. "I think this is one of my less conceptual works. It's a bit like those early Carter USM albums- documents of their time. I missed the band on this one: we couldn't all be in the studio at the same time. But I think this album will come across well on stage."
​ 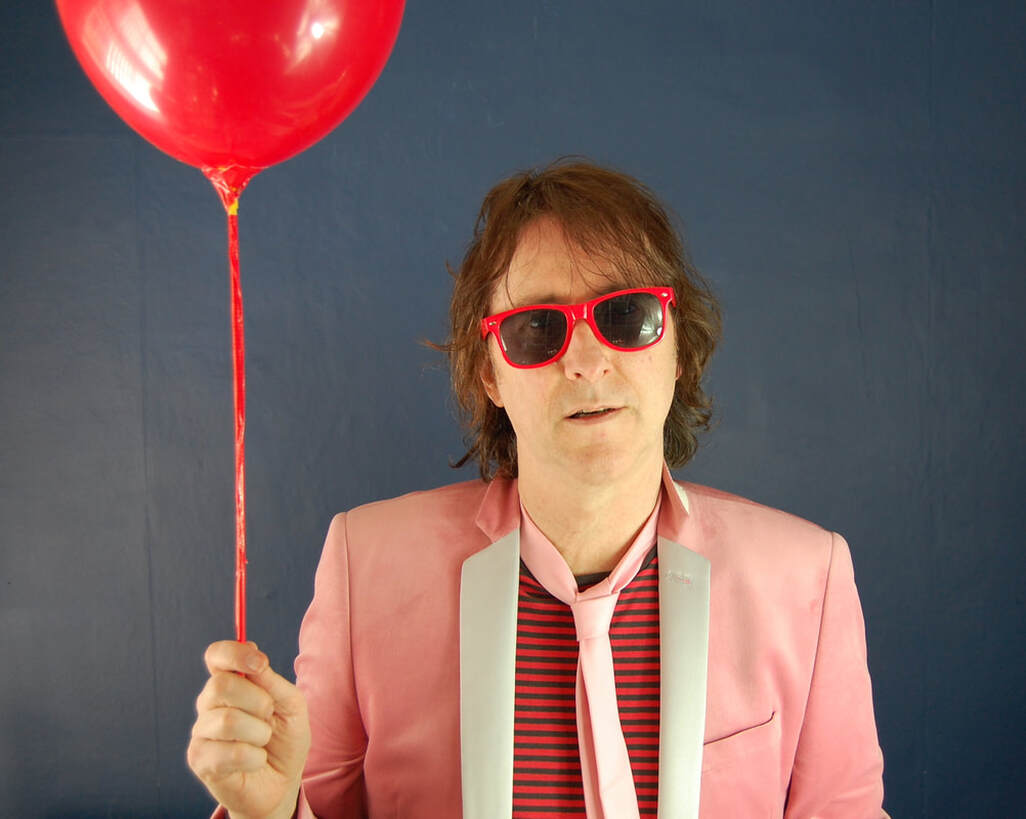 Who Do We Hate Today is out via Cherry Red Records.
​Some Phacemag readers will remember Jim Bob's stint at the 2010 Edinburgh Fringe, and suggests he might be interested in doing a “Story and Song” spectacle a la Ray Wilson. “I’m worried that I might get bored of it after a while,” he says. “When I did the Edinburgh show years ago, it was as part of a musical. I was playing a washed up wedding singer..”
He remarks that the part suited him well, but he gets more serious remembering the lines he had to read, and the challenge it was working as an “actor”. Scotland holds a special place in his heart. “When I’m described as a great English singer, I’m not sure how I feel about it. My father’s Scottish, my mother had Scottish parents, and I grew up around people from Scotland. So, I feel like I’m a Scottish singer, but I probably sound a bit like Rod Stewart when I say that.”
Might as well- the Wolverhampton born Kevin Rowland is as Irish as you get. “Yeah, Kevin’s fairly Irish; ‘Come On Eileen’ for one. He’s Irish.”