April 9th, 2020 marked one hundred years since the birth of  Dr Alex  Moulton,
regarded by many as one of the most significant design engineers of the twentieth century.
Objects of Desire

You have to read to this intro really, my personal introduction to the Moulton Bicycle....
​Well, back in the days when I had a few shillings saved away, I'd driven over to my best mate John P's house in Salisbury. John was coming with me to look at a rather nice Bristol 411 series 1 (with the 410 headlights) which was for sale at a Bristol specialist in Wiltshire. We were delayed considerably because John P insisted on showing me his new purchase which was blocking me and anyone attempting to pass through his hallway.
"Never heard of 'Moulton' I said." Looking at his 'pork pie bike' which I started calling it because it sounded like a town where they made fine pork pies.
"You know Dr Alex Moulton worked at Bristol in some design capacity." Said John P....
I was sold!
After meeting Mr Andrew Blow, test driving the 411 and gazing in awe at the collection of Bristols in his hanger. John P whisked me away to the Moulton Factory!
We arrived at the molten factory and were immediately given a bike to test on the track at the back of the premises. Brilliant! (Although I was distracted by the new Citroen C6)
(John P was also with me when we spent a glorious afternoon talking to Tony Crook in his office at Bristol Cars.) ​ 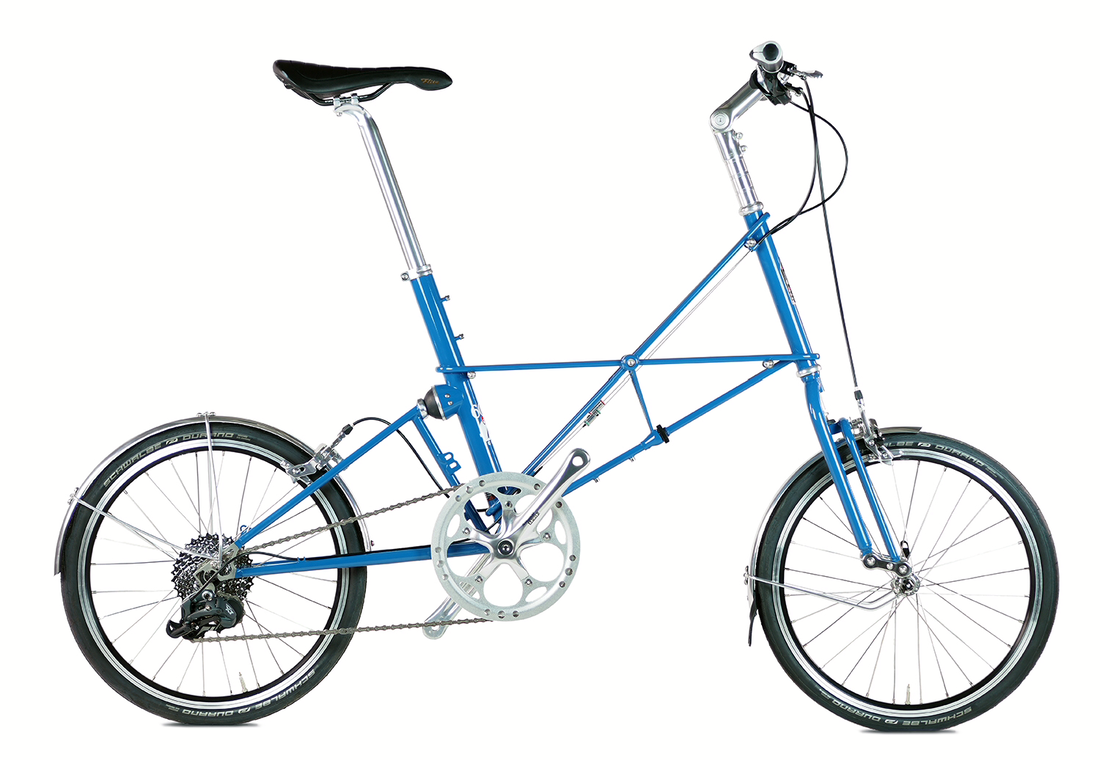 The Moulton CONE Special Edition is a celebration of sixty years of Alex Moulton's rubber cone spring design. First used as a suspension spring on the classic Mini car in 1959, much of the Mini's remarkable handling and road-holding has been attributed to its revolutionary Moulton rubber suspension. The Mini became the most successful British car of all time, with nearly five and half million built over a forty year production run. Moulton still supply original cone springs for the repair and restoration of these iconic and inimitable cars.
Learn More >
​