The Pebble And the Boy
Chris Green talks to pauliepaul

​Inspired by Mod-culture, The Pebble And The Boy will be released in cinemas nationwide from Friday August 27, (today) and available On Demand later in the year.

The film was written and directed by Chris Green (Me, Myself and Di) and stars Patrick McNamee (Our Girl), Sacha Parkinson (Coronation Street), Max Boast (Sex Education), Patsy Kensit (Emmerdale), Ricci Harnett (Rise of the Footsoldier) and Jesse Birdsall (Hollyoaks).

A boy, his Dad's ashes and a Lambretta scooter...John embarks on a journey from Manchester to Brighton, the spiritual home of the Mods, to scatter his late father’s ashes.

The film features tracks from Paul Weller, The Jam, The Style Council, Secret Affair and The Chords. The title of the film is taken from the final track on Weller’s eighth studio album, As Is Now. 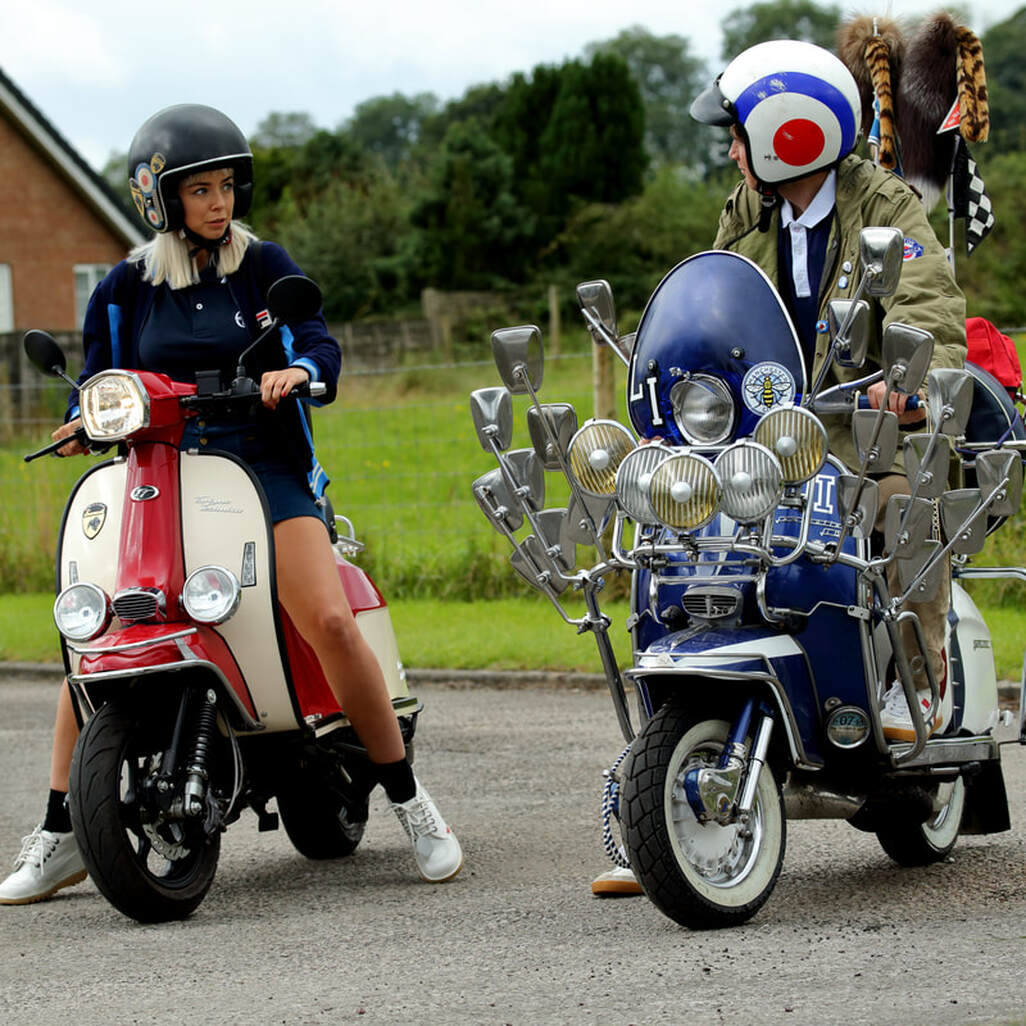 ​Chris firstly I have to say we all loved this film -

You must have been aware of the difficulties making a film in the shadow of Quadrophenia, was it a worry for you?

It was always in the back of mind, but I came to the conclusion that yes, people were going to draw comparisons as it features an angry young man, scooters and Mods, so the best way for me to deal with that was to stay as far away from Quadrophenia as possible. It’s a classic at the end of the day and no one should try and make a sequel or heaven forbid remake it. Our film is very different in that it’s a nostalgic look back on the Mod revival and I think that will help and hopefully people separate and don’t compare them.

Can you talk about how this film came about?
​
​I’ve always had an affiliation with Mods, having been one in the early 80’s and enjoying the look ever since. But it was my love of Paul Weller’s music that launched me on this journey to get the film made. I love the The Pebble and the Boy song and it was an influence when I started the writing process not long after I’d bumped into PW in Cork airport the morning after seeing him do a great gig.
​
Sacha Parkinson is amazing and for me is the strongest character. Were you aware of writing an incredibly strong female lead in a male dominated film?

I always wanted Nicky to be a real kick-ass girl and once Sacha came on board and we’d developed Nicky as a character it was clear to me that she was always going to be the driving force of the film. I think she and Patrick McNamee who plays John had a wonderful chemistry and complimented each other perfectly.

Absolutely, Patrick is so natural. 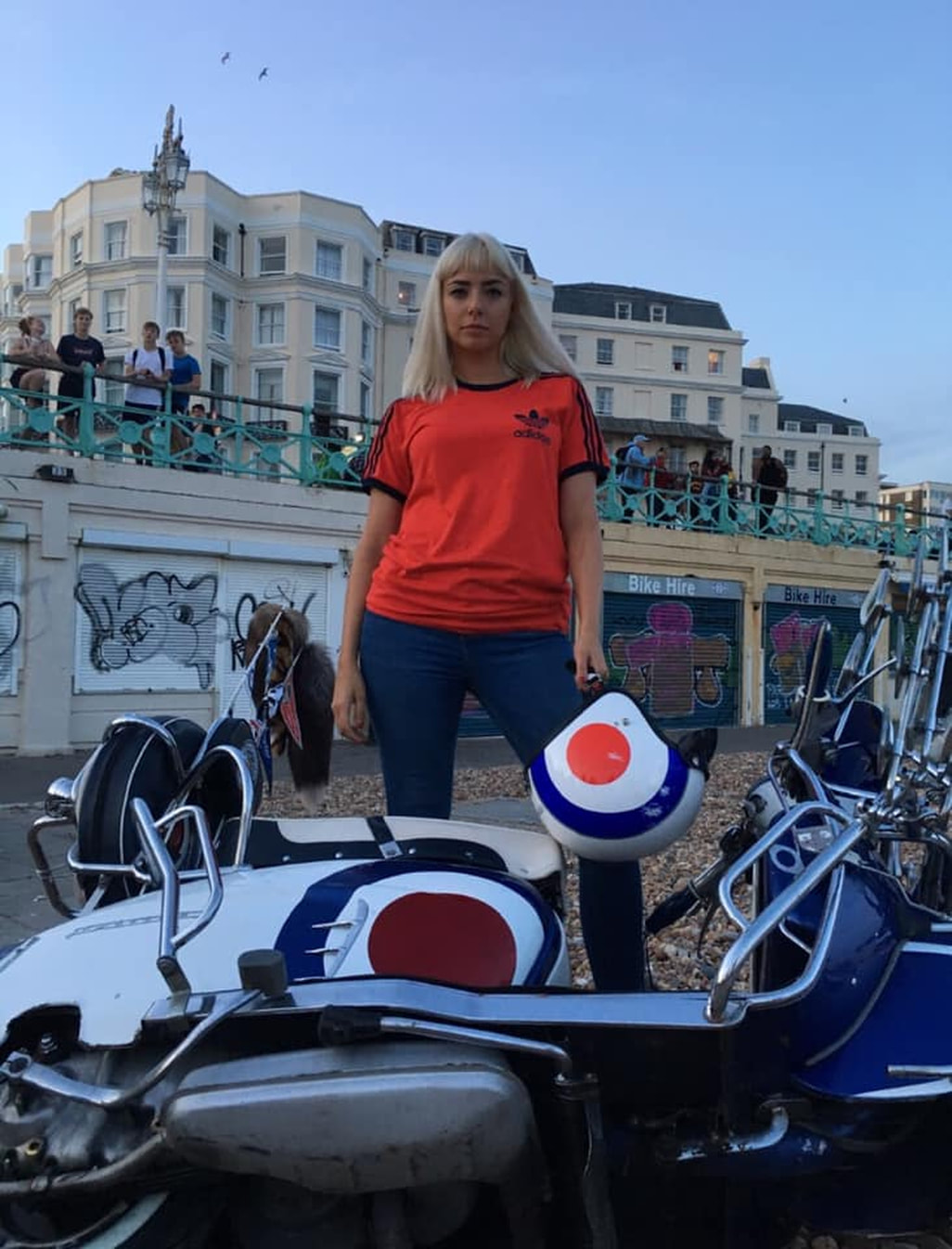 ​I’m trying not to touch on the Quadrophenia references, was it difficult to draw the line?

Yeah, as I’ve touched on, I tried to stay well away from Quadrophenia, but I think keen viewers may spot a certain alleyway in Brighton that has become synonymous with Jimmy and Steph [Phil Daniels and Leslie Ash] having had a bit of, shall we say a ‘connection’ while hiding down there whilst on the run from Brighton police. It’s very much an ‘if you know, you know’ moment and I hope we’ve paid our respects to Quadrophenia in a touching way.

You really have the balance is perfect.
I’m playing catch up and haven’t had time to find out who the brilliant talent behind your cinematography is - but trust it’s brilliant.

Absolutely. I met our Director of Photography Max Williams when I shot my previous film Me, Myself and Di that came out a few months ago. [It’s on Amazon, please watch it everyone!] We clicked straight away and he had already done the cinematography on a Mod short film called ‘Being’ so I knew I had to ask him if he’d shoot TP&TB with me, and I’m so glad he said yes. He’s an amazing cinematographer and now a great friend too. We’re already looking to shoot another film together later this year.

The same goes for the music score which is just amazing.

The soundtrack to our film is amazing. From established greats like Paul Weller, The Jam and The style Council, Secret Affair and The Chords to new Mod influenced artists like The Electric Stars, Full on Mighty Riders, Wintergreen and Sammie Harris the music is brilliant. I feel really blessed to have them as part of the film and their music definitely takes it to the next level. I still get hairs standing up on my neck when ‘Speak like a Child’ kicks in as John and Nicky set off for Brighton.

​For a long time I found it hard to admit to people that I liked The Style Council more than well as much as The Jam ....
Did you manage to film your original idea, the story you wanted to film, how much compromise happened

I think with micro budget films, the original idea can sometimes go astray due to time limitations and financial restrictions which can force changes on you. But apart from a reworking of the opening to get John on his dad’s Lambretta quicker and on the road and a change towards the end because it wasn’t quite working as well as it was intended to I pretty much stayed true to the original script.

That’s it mate, I love this film, you’ve done it all justice and more proper  best pauliepaul x