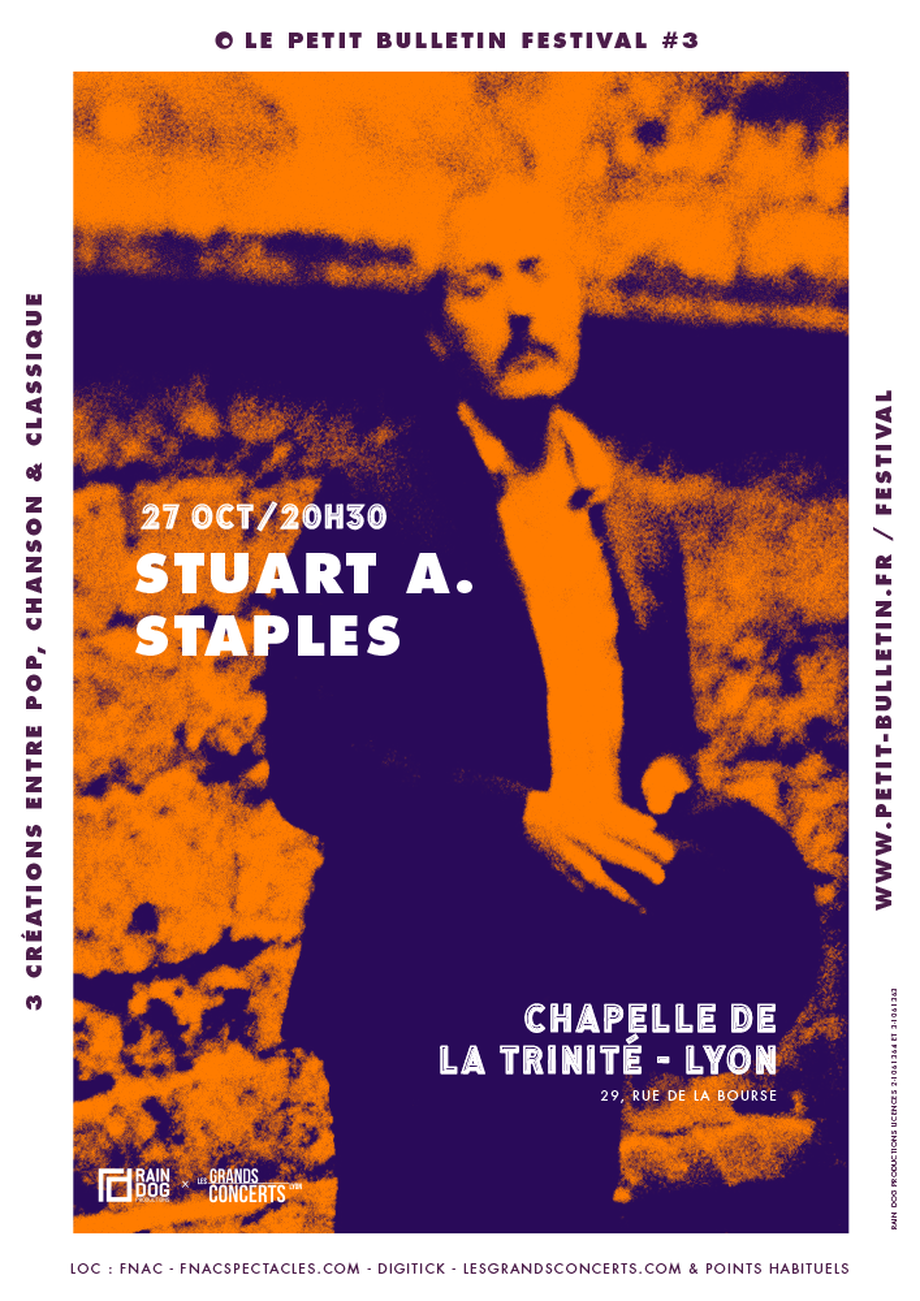 Oh we missed it! We had it all planned, getting paulie there to see Stuart Staples of The Nottingham band The Tindersticks... So disappointing - we hear it was magical!

Yes I was gutted to have missed this, but to be fair the reason was something that you just can't account for and so, well...
Stuart has been very busy, but this just felt like it would be special.
Being from Nottingham I do have extra affection for The Tindersticks, but I wouldn't have that if i didn't have a basic affection.. I love the songs!.
I've seen them (Stuart) 4 times, once in Nottingham (which was very civilised and I believe Stuart's Mum was attending) and 3 times in London, firstly at the ICA and then at The Royal Festival Hall.
I think I've tried once to get an interview but I don't think I could do one now.
Oh the 4th time, I forgot to tell you about the 4th time.
Where? The Lamb and Flag, Covent Garden. When? I'm not sure of the year, I'm sure I was living in London so around 1998?
Anyway, I'm standing at the bar in The Lamb and Flag, waiting to order when I spot a familiar face.
​ "Ay up mate, I know you from somewhere?" I said. "Are you from Nottingham?"
"Yes." He said. "Alright?"
"I said cheers, and realised it was Stuart Staples about half an hour later! Does that count as an interview? I'm counting it!
​
pauliepaul
Claire Denis’ 'High Life' to premiered at the Toronto International Film Festival. 9th September
Toronto International Film Festival

It’s been a long time coming - Stuart began work in 2014 - but finally 'High life' is ready to meet the world.
Starring Robert Pattinson and Juliette Binoche, and set on a prison ship travelling through space, the film has an extensive original score written by Stuart, and includes a new tindersticks song, ‘Willow’, which is beautifully sung by Robert himself.