​Wow where to start? The venue or the event? Or shall I get straight to Marc Almond singing!
I’ve been a Marc Almond fan for over 34 years but seing him in such amazing voice and looking quite frankly, incredible; amongst one of, if not the most precious private art collections in the world! ​

MarcAlmond.co.uk
​Marc was performing at The Wallace Collection, which was a private art collection owned by Richard Seymour - Conway. After his death in 1870, he left the house and the collection to his illegitimate son, Sir Richard Wallace.
After ‘his’ death in 1890 his widow, bless her heart, in her wisdom (probably pissing off everyone), left the lot to the ‘Nation’ - on condition that nothing ever left the collection, even on loan!
Tonight was a Morgan Stanley Friday Late event, a LGBTQI+ CELEBRATION ...and as much as I hate banks, well they got this right.
As for Marc! Oh a performance I’ll never forget.
When he said “This is a Lou Read song and it’s called "Caroline Says”, I nearly cried. I played the Marc and The Mambas albums to death in my early years and this is on ‘Untitled’ if my memory serves me correctly and it was wonderful.
What came next though, was a never never forget moment... accompanied by The McCarricks on violin and cello, Marc sang ‘Say Hello Wave Goodbye’ and I just listened and stared as he made an old fan happy. 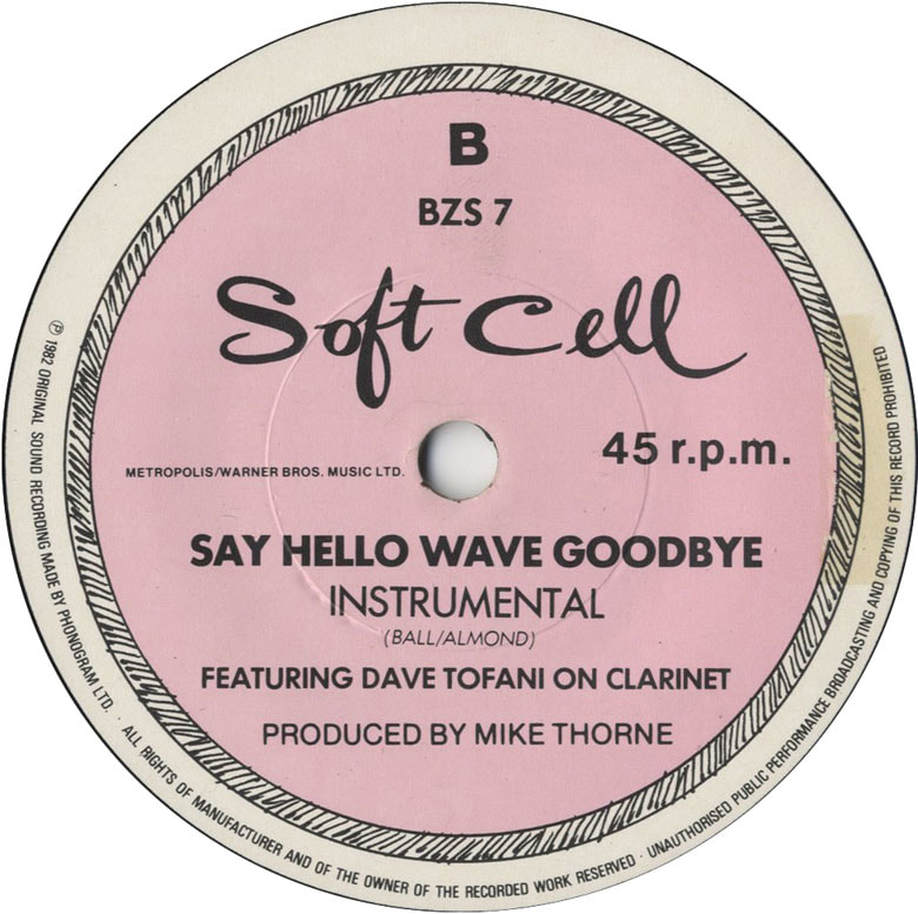 Objects of desire : The Say Hello Wave Goodbye Extended Single
It was a special night, Jo my partner said at times it was like a Blitz Club night. Costumes and characters mixed afterwards in the courtyard as the dj kept the crowd entertained with an 80’s songbook.
I can't finish without a lovely word for the curator, artist Sadie Lee.
​I think if we had spoken before the evening we would have been like giggling excited kids as we anticipated seeing Marc. Thank you Sadie. I saw and felt your care - and what a success it was.
Thank you Marc Almond for a lovely evening...
​pauliepaul & Jo Sims 🌹 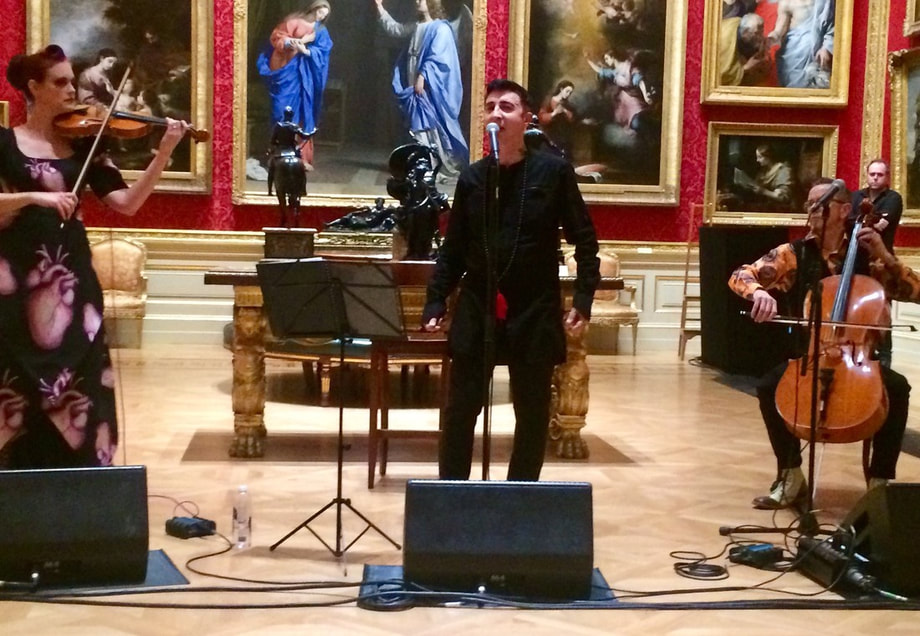