You will be hard pushed to find a finer song and video in recent releases than this from Jonah Medal -
I know it's gorgeous! Eoghan Lyng Spoke to The Jonah Medal below....Best pp xx 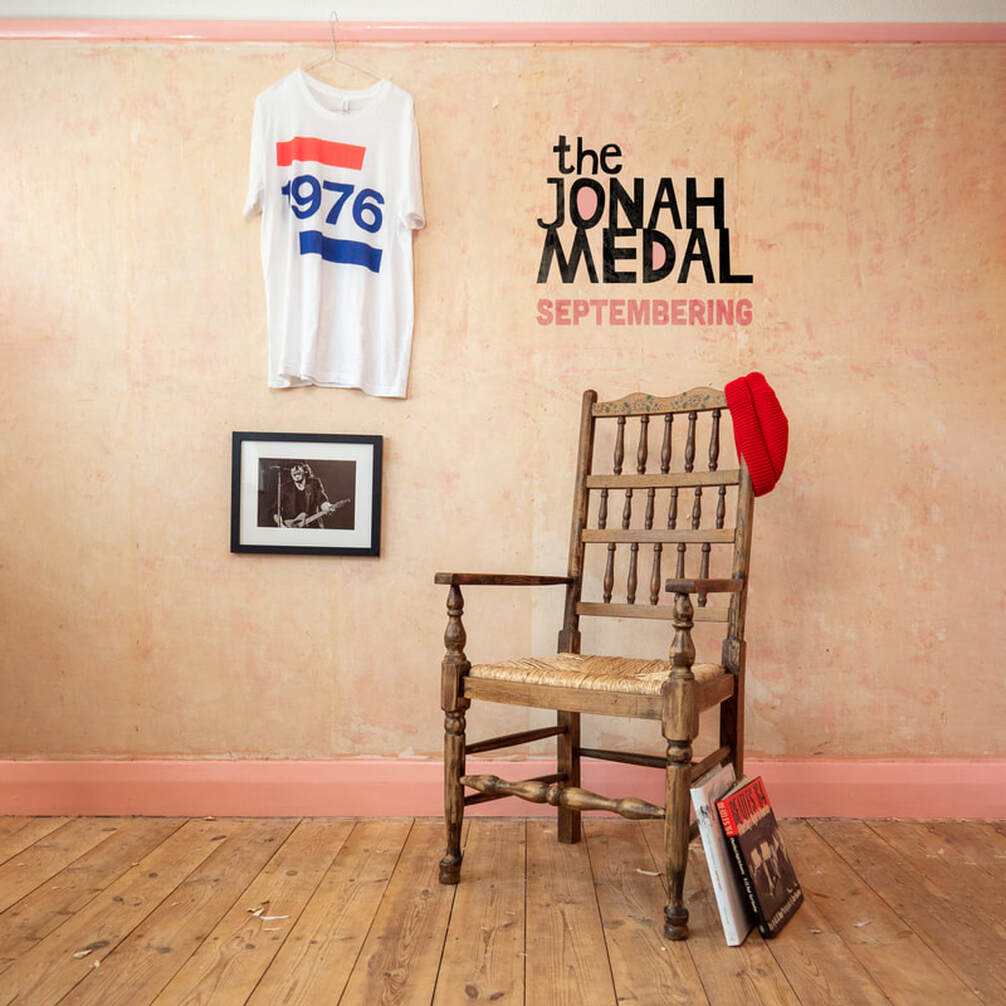 Founded in Brighton, UK in 2020, The Jonah Medal began as a creative mission for Baillie to challenge his own forward musical progression, turn backwards and deeply inwards, and embrace the familiar.
“Having written for many years for a band who needed singles and album tracks, The Jonah Medal is my finally feeling comfortable addressing the issues in my own life, in my friends’ lives, and the lives of my peers.” – Bjorn Baillie
Baillie’s own creative journey had taken him around the world once already with his hometown band La Rocca. He spent his 20’s with them signing a major record deal, posting up in LA and touring with the likes of Phoenix, Jet, Silversun Pickups, and more. While based in LA, Baillie logged countless hours collaborating with artists of every genre; in the process, cultivating a deeply personal connection with the musical legacy, the lifestyle and the inhabitants of the legendary Laurel Canyon neighbourhood. There is a through-line from Baillie’s “Laurel Canyon period” into the new music of The Jonah Medal – the bare honesty and humanity of Carole King and Joni Mitchell, the soulful lyricism of Crosby, Stills and Nash and the humour of Randy Newman – these are the themes that Baillie knew he needed to express in this new body of work, with the new-found perspective and experience of a well traveled artist and a father.
The song was part recorded in Laurel Canyon, Los Angeles and Brighton, UK (in Nick Cave’s studio). 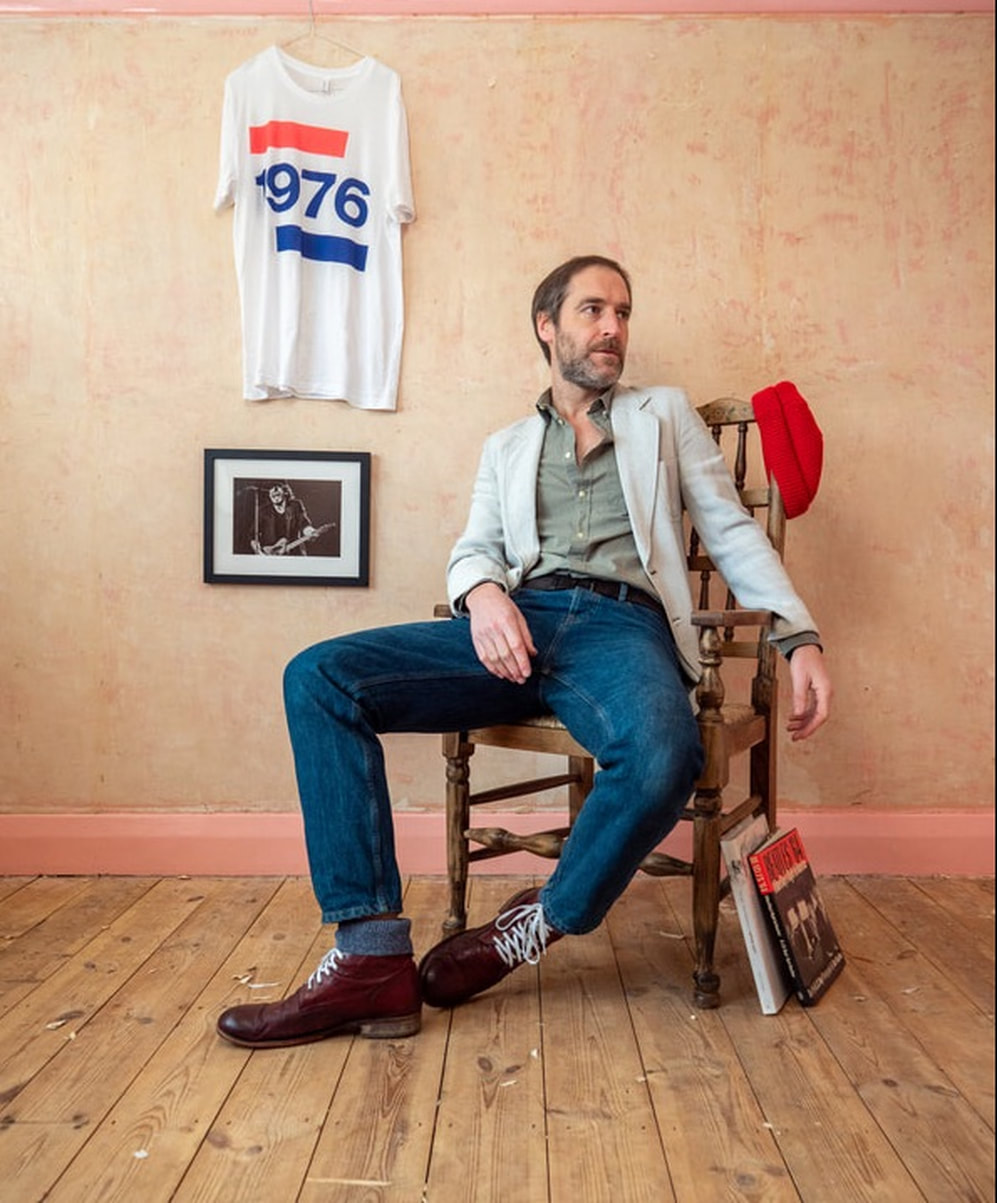 “I remember everything that we’ve done
From the two of us back then, to what’s become
We had no maps or detailed instruction
We started out as new
And when the sun sets now
Oh how’d we do?”
During this time of Corona, the creative muse has brought out the poet in many of us. Paul McCartney returned to the studios to record his most thoughtful, and most interesting, work since Chaos and Creation In The Backyard; punk progenitor John Cooper Clarke has  announced his  intentions to divide himself between the literary and the live settings ; and now The Jonah Medal have conjured  an elegy that constructs a fable every bit as knowledgeable of their place in this changing world, as they do in their more immediate environment. “I’m in my early forties,” says Wicklow born songwriter Bjorn Bailie. “There’s the serious stuff that comes along at that time of life.

“I don’t think I’ll be recording an album, as it’s a dinosaur of a format. I do have more songs on the way..."

Bailie speaks confidently and firmly on a bucolic vignette that sounds pleasantly reminiscent of the pastoral sound paintings that make up McCartney’s excellent 1970 debut. “‘Junk’ is a big one for me. I like the McCartney album a lot. ‘Septembering’ has that picked intro, and I guess that way it has a certain feel to it. The intro starts, and  then the drums and piano  come in -  the music goes around it. Lyric is the thing that holds it together. I’m a big Beatles fan, and I’ve been listening to Nothing Is Real, an Irish podcast, a lot recently. A friend of mine turned me onto it- he used to be in a group with the Southern Irish guy, Jason.”

Bailie knows a thing  or two about bands. Indie pop outfit La Rocca (formed in Cardiff) toured with theatre monsters Phoenix and Jet, but the stages that brought La Rocca from the British Isles to Los Angeles now seem like an even more distant memory than The Beatles themselves. “I would like to get back onstage. I’m Irish, but I live here in the UK. The last gig I played was on March tenth, twelfth. My brother in law came over, and we were all doing the ‘elbow rug thing’. We said it might be the last gig for a while, and four days later, everything was closed!”

There’s no need to repeat the history to readers who are still living through the pandemic, but ‘Septembering’ showcases a singular voice piecing himself the tapestry that life has woven for him. “I’m a big Carole King fan,” he says; “..and Bill Withers. You know, addressing things that are happening to people. I was always impressed by the John Lennon interview where he said, ‘We’re checking to see how you are.” That always stood with me. I play the piano and guitars; I have musician friends in America who did the bass and drums. I played the piano in a studio near Brighton- a small library which Nick Cave records in.”

The comparison isn’t mere dressing, as the vignette-cognisant of the changes life holds on the body- wouldn’t feel out of place on a latter day Bad Seeds album. “It’s quite a direct lyric.Reference to where you might be in your life: Spring of your life-midst of summer. Basically, we’ve gone with Lo-fi-no equipment [chuckles]. We’ve a great horn section- people who’ve recorded with Jamaquaria, Mumford & Sons. Sax and trombone  come in and push it into a whole other area. Builds and builds- there’s basically no electric guitar.Horn players are great to work with. With violin players, it’s often, ‘Twelve bars, starts in E’.. You’re showing and showing them [laughs]. Whereas, with horn players it’s more, ‘Time to put the spliff away..’[laughs again].”

He's joking, of course, but he is more serious when he says: “I don’t think I’ll be recording an album, as it’s a dinosaur of a format. I do have more songs on the way. Going to be another track coming out in May/June, and hopefully we can start a foundation of what's going on. Songs can slot straight into streaming services, but an album doesn't really fit that market. It can be an endless cycle of Facebook posts, and touring for two months with it.  Once the cycle of that, and energy begins to wane-  which can be quite dispiriting. There are films made that resonate with you at different points of life. Music, not so much. It’s almost considered ‘a young persons’ game’. There’s an area in the middle that is missed. With this song, there’s the thoughts and stress- tail end of summer, still get good weather. Joy of your younger years, and the seriousness in later life. Not old age if you want to do it like that, but you’re... Septembering.”