​Nottingham’s Rock City, UKs Best Live Music Venue and Club!  Is that really true?  Well it’s not bad, actually it’s great!  I’ve had so many a great night here watching some life shaping artists, from Punk gods, to Hip Hop guru’s and Drum n Bass super hero’s; not to mention my fair share of outrageous club nights – during one phase of my life I think I was there 3 times a week … (??) …. Anyway, Tuesday 3rd September 2019 was the night that Skunk Anansie, celebrated their 25th Anniversary alongside the release of their Live Album 25Live@25, a collection of 25 Live songs from their studio releases, recorded during their 2017 tour.  Supported by Nova Twins, this show, for everyone that I know, was big news!
​
Skunk Anansie were to be heard at every Rock and Indie night in the mid ‘90’s, the completely unique, exceptionally raw, accessible and poignantly alternative sound ploughing out of Rock clubs across the Country.  Skunk Anansie made a stamp on a generation as we unwittingly internalised the sound of Skins exceptional vocals and style.  Their 25th Anniversary tour sent ripples and Rock City’s sell out show had to be one of the best places to see it.
​

"Radical in the 90s and still today, Skunk Anansie gave us exactly what they said they would – inconceivable amounts of high energy, irrepressible attitude, playful provocation, honest self-expression, love and respect, and unwavering perfection in performance.  Massive!" - Mikey Cottle 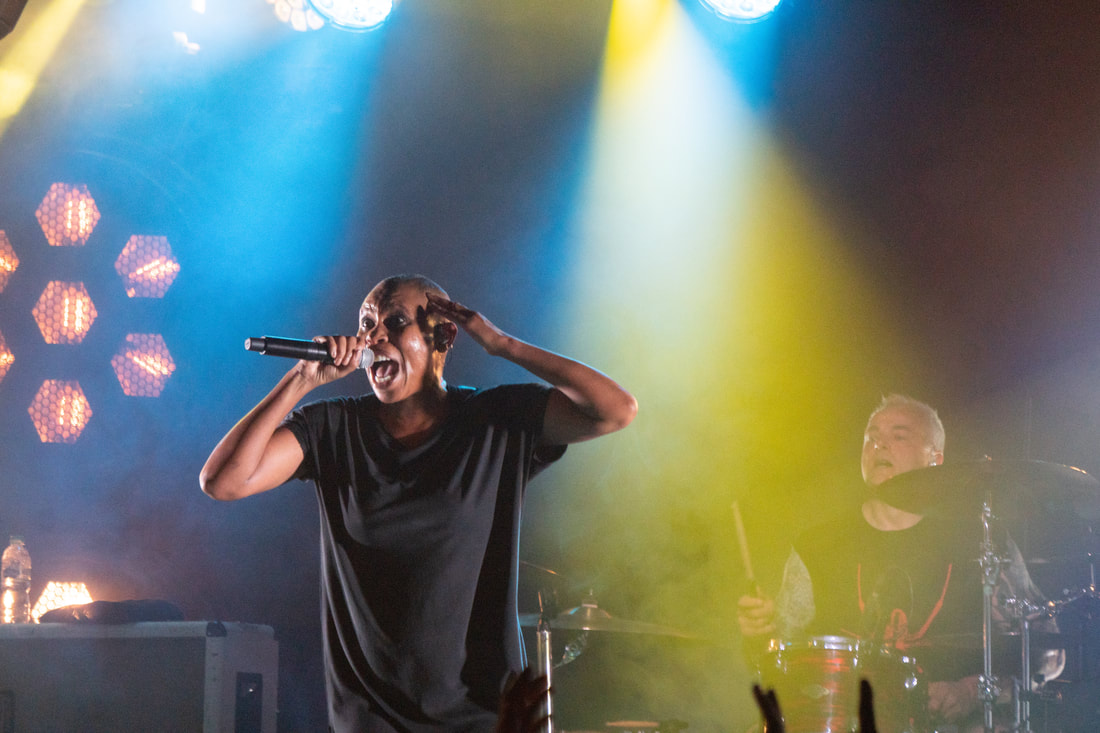 Photo link - Skunk Anansie.com
​Just as the venue had filled up, Nova Twins came on.  With a vibrant style and an adequately hard hitting entrance, the three piece played an engaging set with an interesting sound.  Rock from the bottom to the top the effects driven Bass guitar led-the-way to create a well-received sound of urgency and alarm.  Nova Twins are fresh and exciting with a genuine presence fitting for the Skunk Anansie support.  Keeping the crowed hooked for the duration of the set, Nova Twins are worth watching out for and made me think that we’ll see a fair bit more of them.

During the break it was exciting to look over the sea of people in the crowd facing Rock City’s wide stage.  With stepped up areas surrounding the main dance floor and a balcony above, fans were everywhere.  The refreshing hum of genuine conversation, reminiscing and connecting gave for a vibe that was warm, inclusive and real.
Now for Skunk Anansie.  Meeting all expectations the band made a confident and self-assured entrance.  Guitarist, Ace, backing, Keys and Percussion, Erika and Bassist, Cass, stood either side of the stage creating a purposeful frame for Drummer Mark Richardson, and before long the joyfully flamboyant arrival of Skin, energetically bouncing herself centre stage wearing dazzling gold winged sleeves, in true style and to the lively approval of the Rock City crowd.
As great as they were the gold wings didn’t last long – this wasn’t a gig for persona, authenticity was the name of the game as Skin screamed directly into every audience members’ face instantly connecting the room.  To me, a non-too subtle message of if you were thinking about work tomorrow then you can forget that shit, giving the crowd a playfully primal wakeup call and injection of energy that only increased as the show went on.
​
The monstrous Cass, ice cold Ace, mighty Richards and diverse Erika played perfectly the signature crunching and weighty Alternative / Britrock - as, into the welcoming arms of the crowd, Skin leapt off the stage, crowd surfing and scaling the barriers to the side.  The tour photographer captured every moment and stage tech King Author supported the every move of the unbound and feverishly alive Skin.  Needless to stay Skins powerful and outstanding vocals did not waver at any moment – unbelievably impressive! 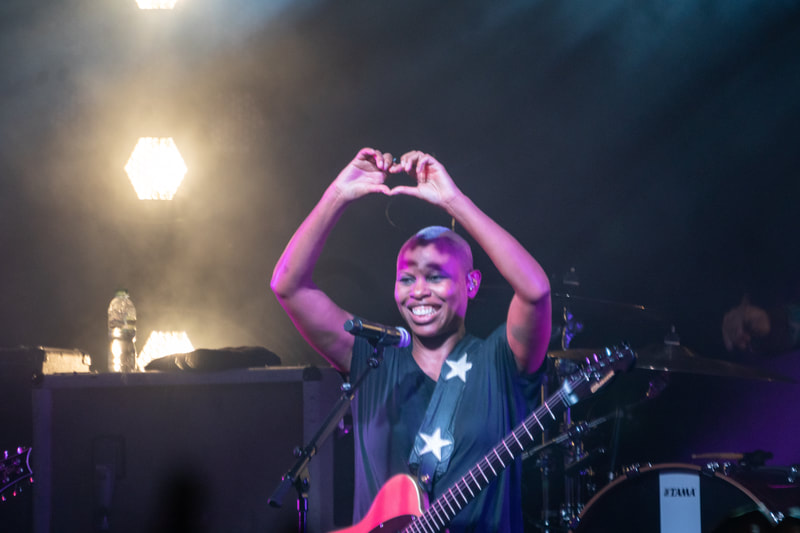 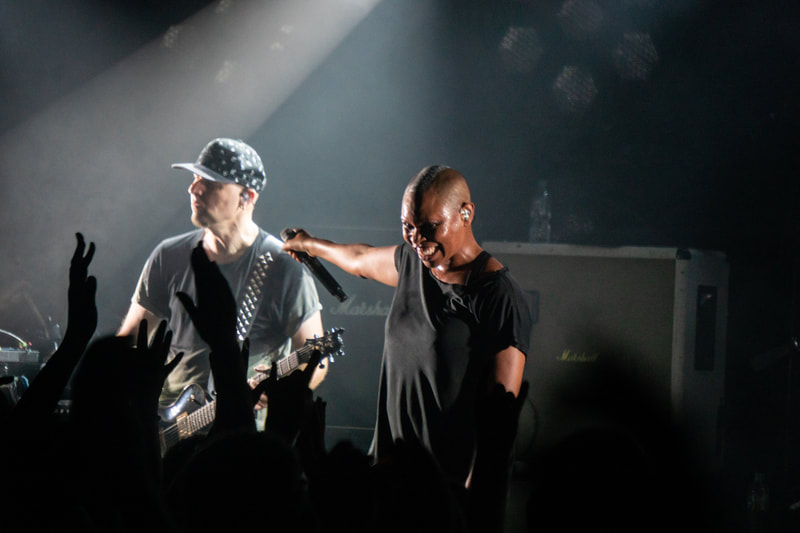 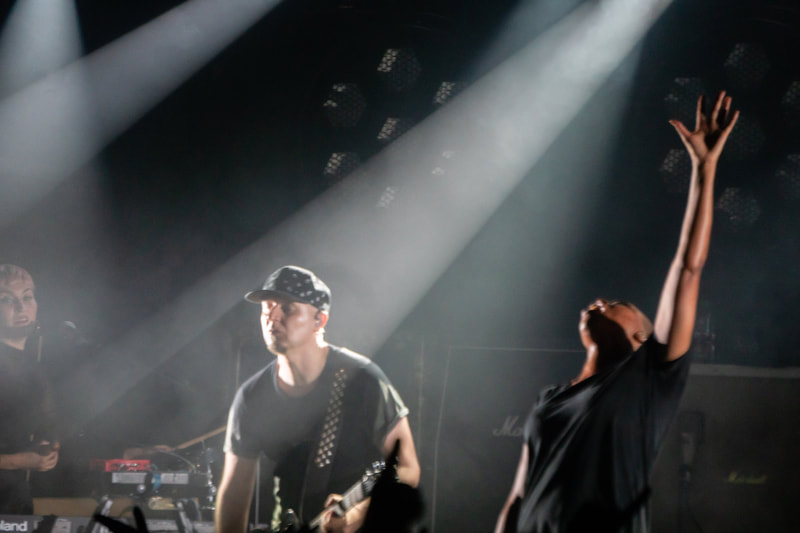 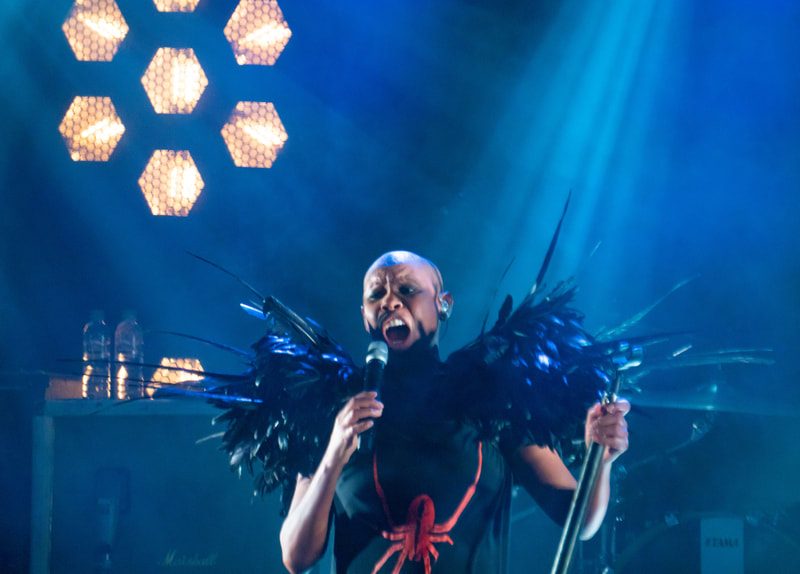 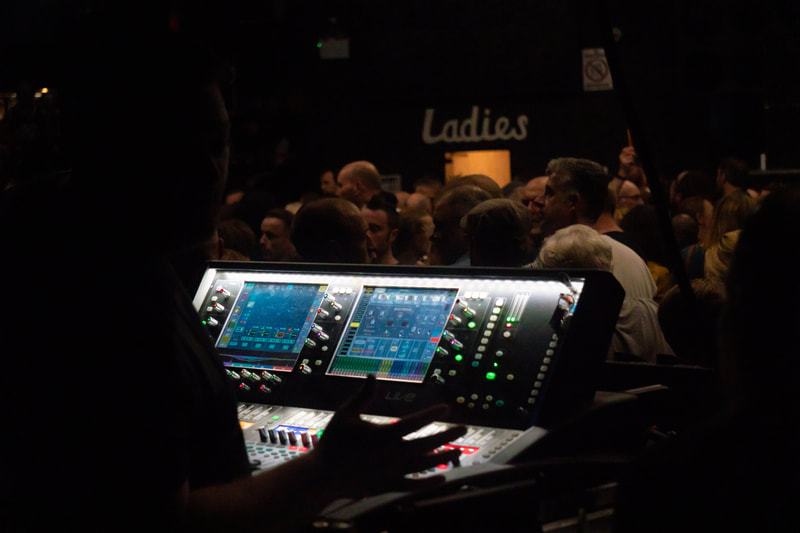 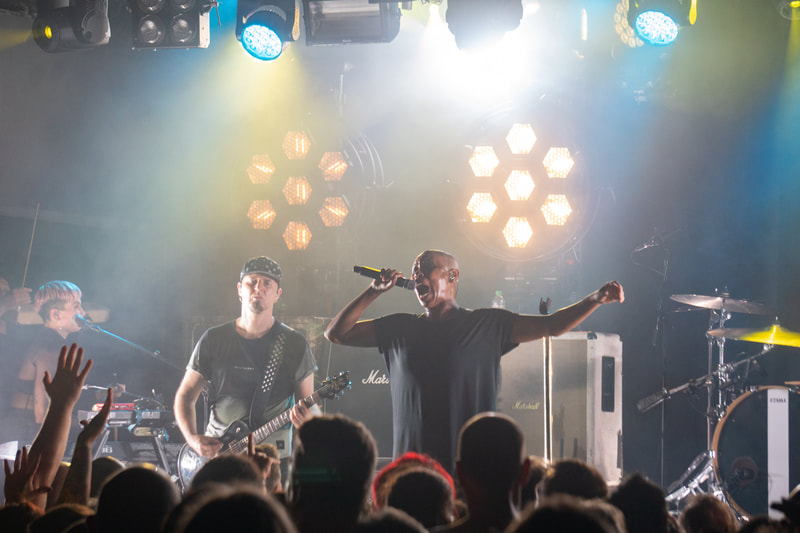 ​It’s pretty obvious to see why Skunk Anansie are hailed as one of the most important Rock Bands of the modern age.  If there’s ever going to be a band that inspires you to express yourself and abilities in every aspect to the pure limits that your mineral make up will allow you to, then the Skin driven entity that is Skunk Anansie will.  Pure and real honesty, energy and incomparable talent.
Personal favourites during the set were Little Baby Swastikkka, God Loves Only You, Intellectualise My Blackness, Yes It’s Fucking Political and of course Weak, Hedonism and Twisted.  To me it was meaningful to hear Skin briefly bring to the surface the presence of the right wing politics that we’re constantly surrounded by at the moment, highlighting how proud she was to be in a band who are all from immigrant families and in respect of fascists, affirming calmly that first they come for us and then they’ll find a way to come for you, and that to overcome this we have to join together in an unbreakable circle of love - I agree and so did the Rock City crowd!
Having removed any hint of separation between audience and band, Rock City really felt as one.  Hyped by the power and vitality projected from the stage, I noticed the contented smile on my face, I looked around to see this repeated.  A smile of knowing, humble pride, a testament to a show that undoubtedly smashed it! 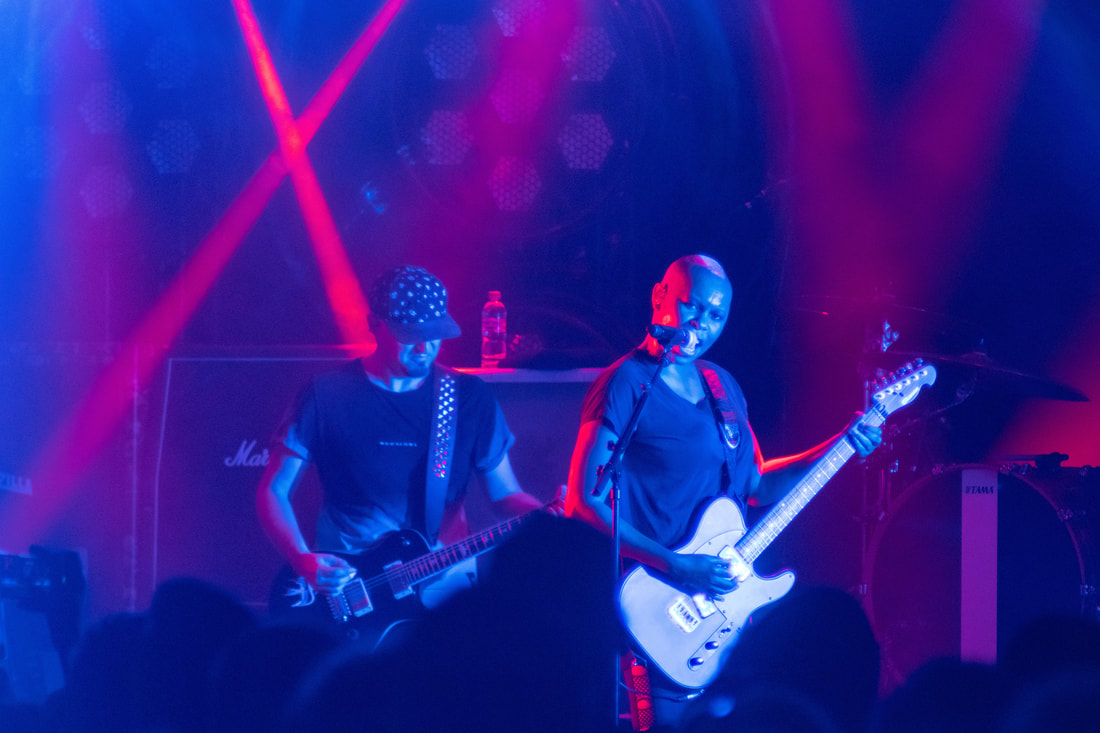