Author Clare Beams has received the Bard Fiction Prize for her debut collection of short stories, We Show What We Have Learned (Lookout Books 2016). Beams’ residency at Bard College is for the fall 2020 semester, during which time she will continue her writing and meet informally with students. Beams will give a public reading at Bard in spring 2020.

The Bard Fiction Prize committee writes: “The nine stories in Clare Beams’ debut collection of fiction, We Show What We Have Learned, range from factual, historical settings and characters to eerily fantastical ones, displaying a startling depth and an epic scale of imagination. While the characters, and the situations they find themselves in, are sometimes surreal, their psychologies are always absolutely real—fully, compassionately drawn. Every one of these stories has a world and a lifetime behind it, and every one is a compelling, disquieting, and immensely pleasurable journey, reverie, and dream for its reader. Clare Beams is a subtle, quiet master of short fiction, who writes in beautiful and exquisitely crafted prose.”

“I am so much more grateful to Bard and to the Bard Fiction Prize committee than I can possibly say for this recognition of my work and for this gift—one of the best gifts anyone could give me, as a writer who’s also a parent of young children—of time. To join this list of winners, so many who are heroes and heroines of mine, is an honour, and to join the inspiring Bard community is a thrill. I can’t wait to meet the students and faculty and work on my third book, a new novel, in their midst,” : Clare Beams.

Clare Beams is the author of the story collection We Show What We Have Learned, which was a Kirkus Best Debut of 2016 and a finalist for the PEN/Robert W. Bingham Prize, the New York Public Library’s Young Lions Fiction Award, and the Shirley Jackson Award. Her first novel, The Illness Lesson, will be published by Doubleday in February of 2020. Her fiction appears in One Story, n+1, Ecotone, The Common, Electric Literature’s Recommended Reading, The Best American Nonrequired Reading, and elsewhere, and she has received fellowships from the National Endowment for the Arts, the Bread Loaf Writers’ Conference, the Sewanee Writers’ Conference, and the Sustainable Arts Foundation. She lives in Pittsburgh with her husband and two daughters, and has taught creative writing at Carnegie Mellon University and St. Vincent College. 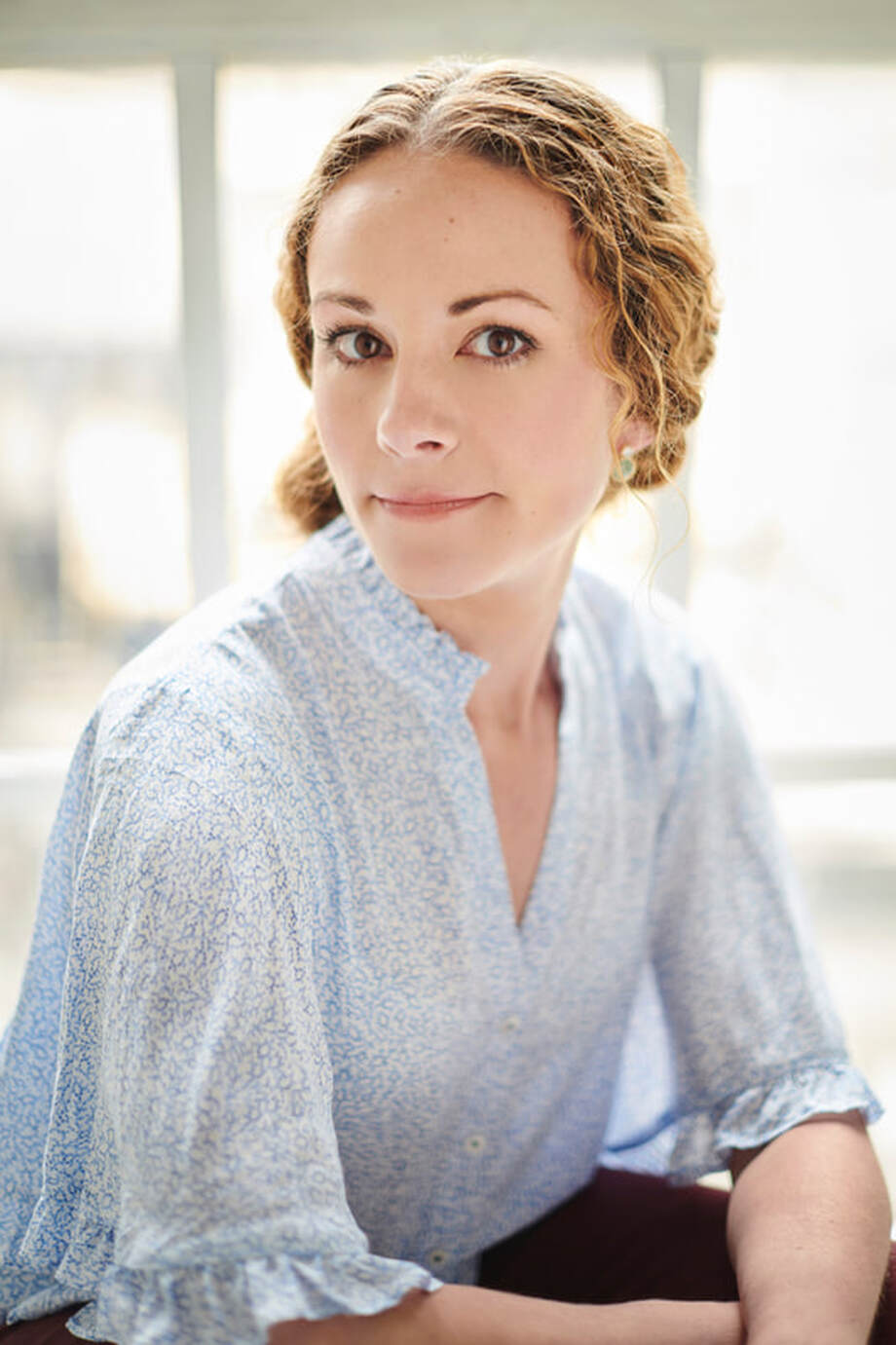 ​About the Bard Fiction Prize

The creation of the Bard Fiction Prize, presented each October since 2001, continues Bard’s long-standing position as a center for creative, groundbreaking literary work by both faculty and students.  The prize is intended to encourage and support young writers of fiction, and provide them with an opportunity to work in a fertile intellectual environment.

"From Saul Bellow, William Gaddis, Mary McCarthy, and Ralph Ellison to John Ashbery, Philip Roth, William Weaver, and Chinua Achebe, Bard’s literature faculty, past and present, represents some of the most important writers of our time."

​How the Bard Fiction Prize is awarded

The Bard Fiction Prize is awarded to a promising emerging writer who is an American citizen aged 39 years or younger at the time of application. In addition to a $30,000 cash award, the winner receives an appointment as writer in residence at Bard College for one semester, without the expectation that he or she teach traditional courses. The recipient gives at least one public lecture and meets informally with students. To apply, candidates should write a cover letter explaining the project they plan to work on while at Bard and submit a CV, along with three copies of the published book they feel best represents their work. No manuscripts will be accepted. Applications for the 2019 prize must be received by June 15, 2020. For information about the Bard Fiction Prize, call 845-758-7087, send an e-mail to bfp@bard.edu, or visit bard.edu/bfp. Applicants may also request information by writing to: Bard Fiction Prize, Bard College, Annandale-on-Hudson, NY 12504-5000.
​

Bard College is a four-year residential college of the liberal arts and sciences with a 155-year history of academic excellence. With the addition of the Montgomery Place estate, Bard’s campus consists of nearly 1,000 park-like acres in the Hudson River Valley. The College offers bachelor of arts degrees, with nearly 50 academic programs in four divisions—Arts; Languages and Literature; Science, Mathematics, and Computing; and Social Studies—and Interdivisional Programs and Concentrations. Bard also bestows several dual degrees, including a B.A./B.S. in economics and finance, and at the Bard College Conservatory of Music, where students earn a bachelor’s degree in music and a B.A. in another field in the liberal arts or sciences. Bard’s distinguished faculty includes winners of MacArthur Fellowships, National Science Foundation grants, Guggenheim Fellowships, Grammy Awards, French Legion of Honor awards, and Pulitzer Prizes, among others.

Over the past 35 years, Bard has broadened its scope beyond undergraduate academics. The College operates 12 graduate programs and has expanded to encompass a network of regional, national, and global partnerships—including dual-degree programs in four international locations; the Bard Prison Initiative, which grants college degrees to New York State inmates; and Bard High School Early Colleges, where students earn a high school diploma and an A.A. degree in four years. Bard’s philosophy sets a standard for both scholarly achievement and engagement in civic and global affairs on campus, while also taking the College’s mission to the wider world. The undergraduate college in Annandale-on-Hudson, New York, has an enrollment of more than 1,900 and a student-to-faculty ratio of 10:1. For more information about Bard College, visit bard.edu.