Article updated 5th Feb 2020
Following four sold out performances last month, the best-selling show, Bowie; Oddity to Mars, is set to return to the National Space Centre on 18-19 September 2020.
On 10 - 11 January 2020, the National Space Centre is creating an immersive LIVE show and exhibition celebrating one of the biggest pop culture icons of the twentieth century: David Bowie.

​The National Space Centre is working with DAVID LIVE to host the very first live performance of the music of David Bowie in the Sir Patrick Moore Planetarium. The show will fully utilise the unique fulldome format of the UK’s largest planetarium, with a stunning immersive 360 degree show.

David Bowie was an award-winning musician, actor, and performer. He stands tall in the Hall of Fame as one of the biggest pop culture icons of the twentieth century, selling an estimated 140 million albums worldwide.

This ultimate LIVE immersive show, Bowie; Oddity to Mars, will celebrate 1969 to 1972: a significant period of time that covered both Bowie’s experimental phase (Space Oddity to Ziggy Stardust) and the Apollo lunar landing window. 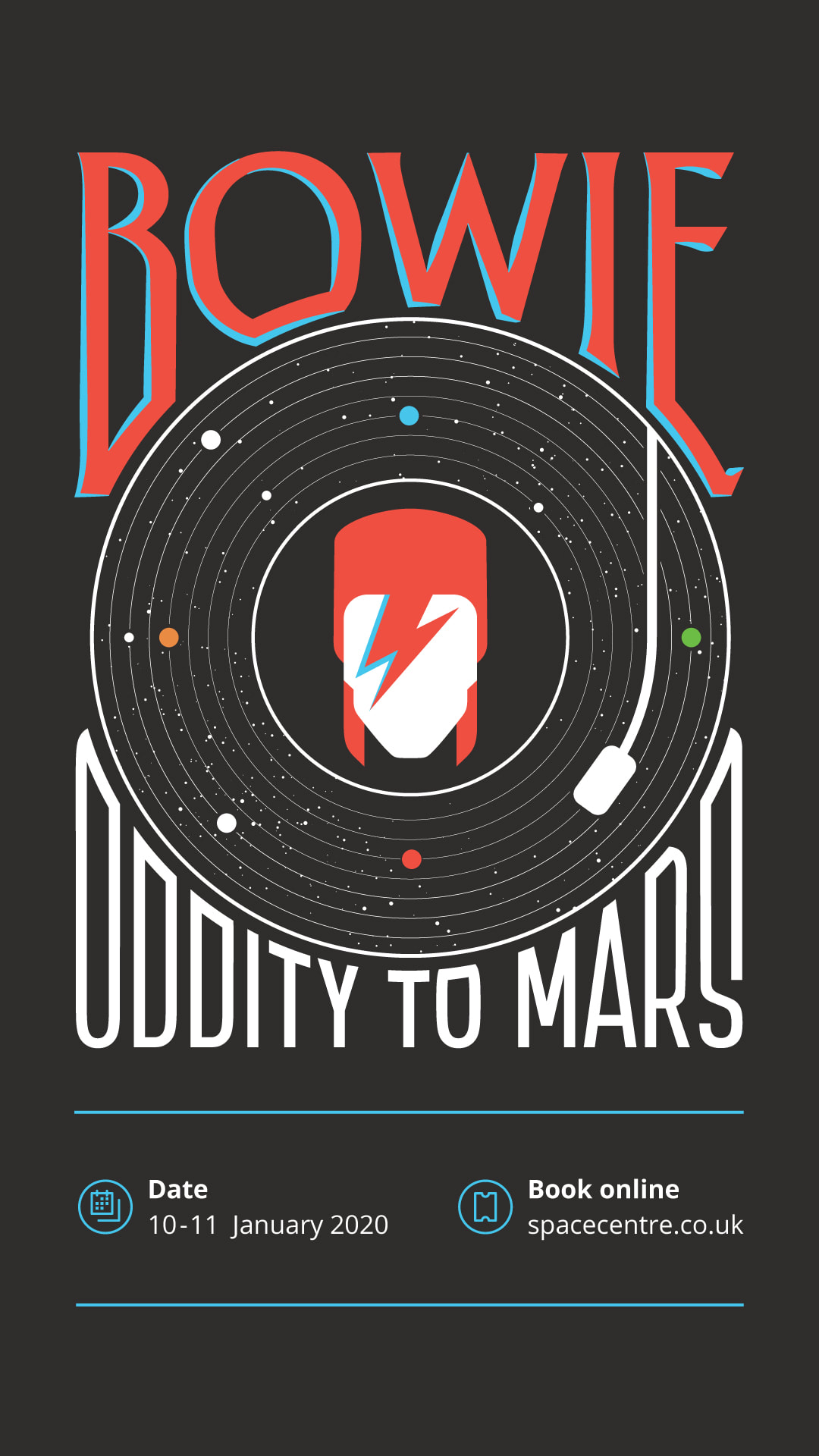 Click For Details! SpaceCentre.co.uk - Event -David Bowie -
DAVID LIVE is a British, five-piece band that has performed honest and insightful musical tributes to David Bowie since 2005. Their experienced line-up combines unique musical upbringings and is considered a favourite amongst true Bowie aficionados.
As part of the celebration the visitor attraction has partnered with De Montfort University Leicester (DMU), Loughborough College and Leicester College to create a never before seen exhibition of fashion, textiles, art and photography inspired by Bowie. Free entry to the ‘Inspired’ exhibition is included in each evening ticket.

"We're thrilled to team up with the National Space Centre for this exciting event, which will provide an invaluable platform for our Fashion and Textiles MA students. Inspired by the Apollo missions and the work of David Bowie, they will be showcasing innovative designs across fashion, textiles, intimates, footwear and accessories." : Paul McNicoll, Associate Professor for Student Experience at DMU,

Malika Andress, Head of Marketing at the National Space Centre, added: “We’re really excited to be hosting the Bowie: Oddity to Mars event at the Centre. Following the success of our sold out Darkside of the Moon shows, in January and July 2019, we knew we had to follow it up with something equally spectacular and who better than Bowie with his fascination with space?! David Live is a fantastic tribute act and will really bring Bowie’s music to life in our planetarium.”

“We’re also delighted to be working with some extremely talented students at DMU and Loughborough and Leicester colleges. Each student had been inspired by Bowie in very different ways, exploring his music, style and personas and we’re proud to help showcase their amazing work."