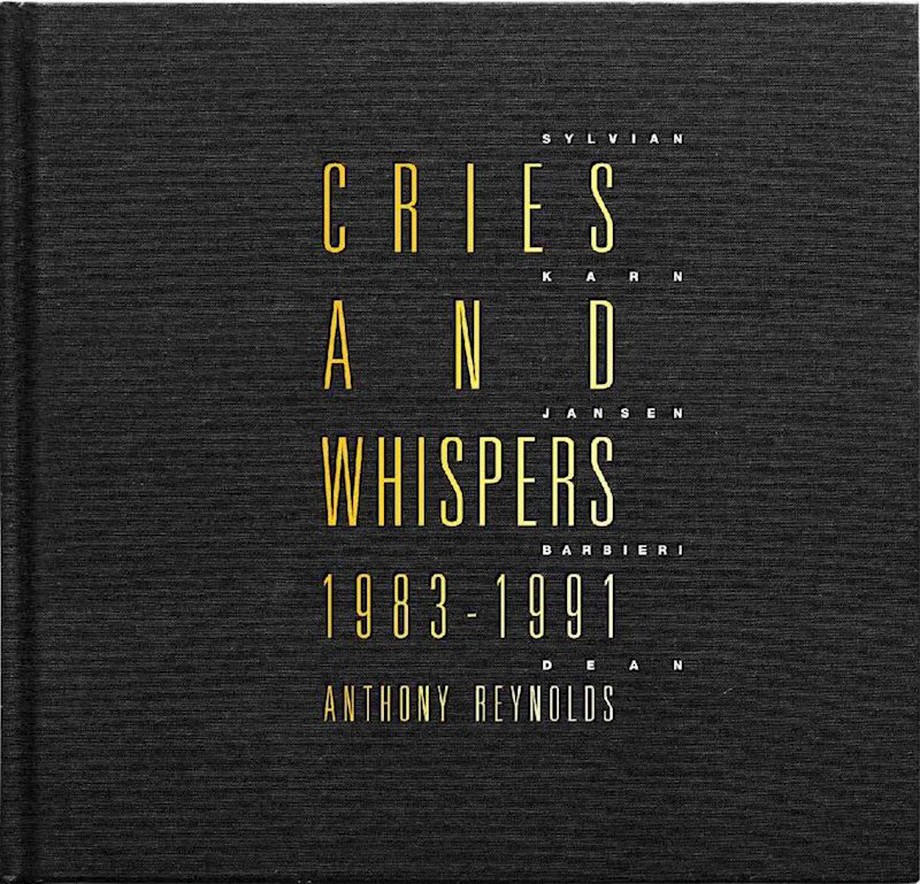 ​Cries And Whispers by Anthony Reynolds

​
​Burning Shed has announced the 'Cries And Whispers', the long-awaited follow-up to 'A Foreign Place' (2015), the hugely successful biography of iconic British new wave innovators Japan by author Anthony Reynolds. It is being made available as a limited deluxe hardback first edition from Burning Shed.
​
Detailing the fascinating musical adventures of David Sylvian, Richard Barbieri, Rob Dean, Steve Jansen and Mick Karn from the time following the band's split in December 1982 until 1991, the book takes in David Sylvian’s work for his first three solo albums, The Dolphin Brothers, Dali’s Car with Bauhaus vocalist Peter Murphy, the brilliant but ill-feted album they released under the name Rain Tree Crow, and more.
​

"They were unquestionably one of the most influential and innovative pop groups of the 1970s and 1980s. "Is it shameful to be 40 something and still have a 'favourite band'? If so, colour me shamed. Japan are my favourite band and as a fan I wanted to write and publish books on them that would enrapture and delight the fan in me. I hope I've done so, matching Style with content and mystery with beauty," says author Anthony Reynolds." ​ 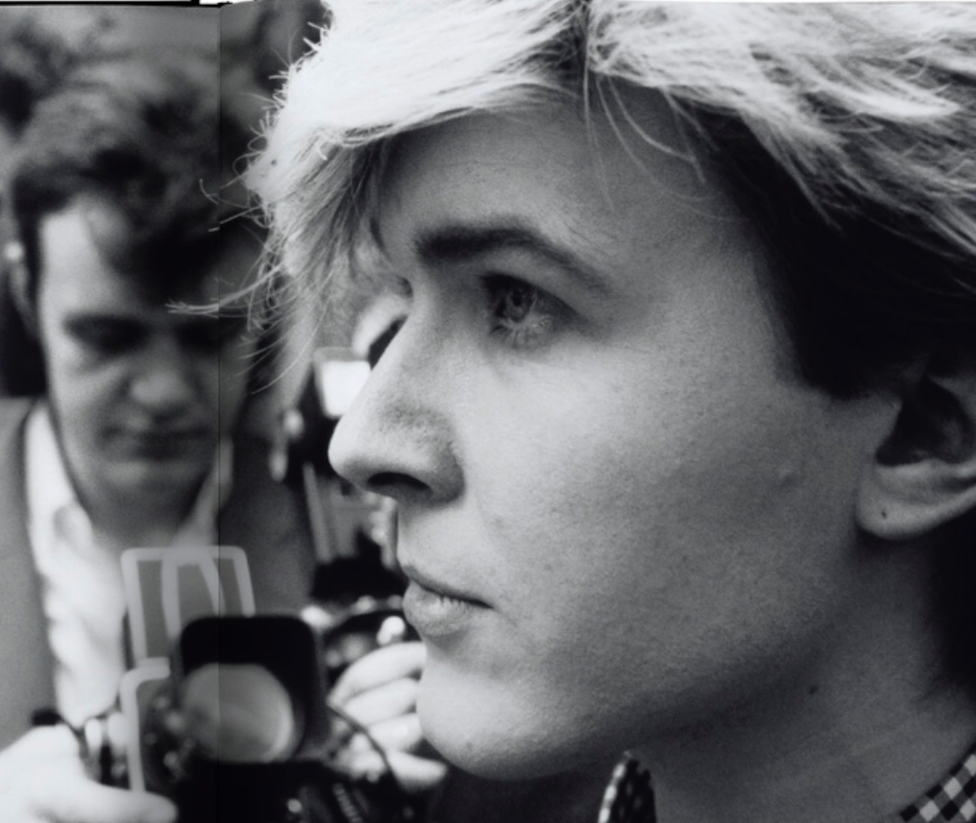 ​The book also explores David Sylvian’s collaborations with Holger Czukay and Ryuichi Sakamoto, the latter of which resulted in their epic 'Forbidden Colours', which featured on the soundtrack album of the hit film ‘Merry Christmas Mr Lawrence’. 'A Foreign Place' was the first serious book on Japan.

​It was translated into Japanese and published in Japan, where it held at number one on the Japanese Amazon Pop Music Biography chart for four weeks. It has sold over 4000 copies to date, including the Japanese edition, without any external distribution. Both books include previously unpublished photographs, including many from the private archives of the band members themselves. 'Cries and Whispers' also features a cover by renowned graphic designer Carl Glover, plus contributions from Bill Nelson, Johnny Marr, Simon Raymonde (Cocteau Twins/Bella Union), Ivo Watts-Russell (4AD Records), Bill Bruford (King Crimson), Martin Fry (ABC), Paul Morley (NME/ ZTT Records), Thomas Dolby and the late Colin Vearncombe (Black), among others. Initially a glam rock-inspired band, their sound and stylised visual appearance led to an unintentional association with the early-1980s New Romantic scene. The band split just as they were beginning to experience commercial success in the UK and abroad.
​​ 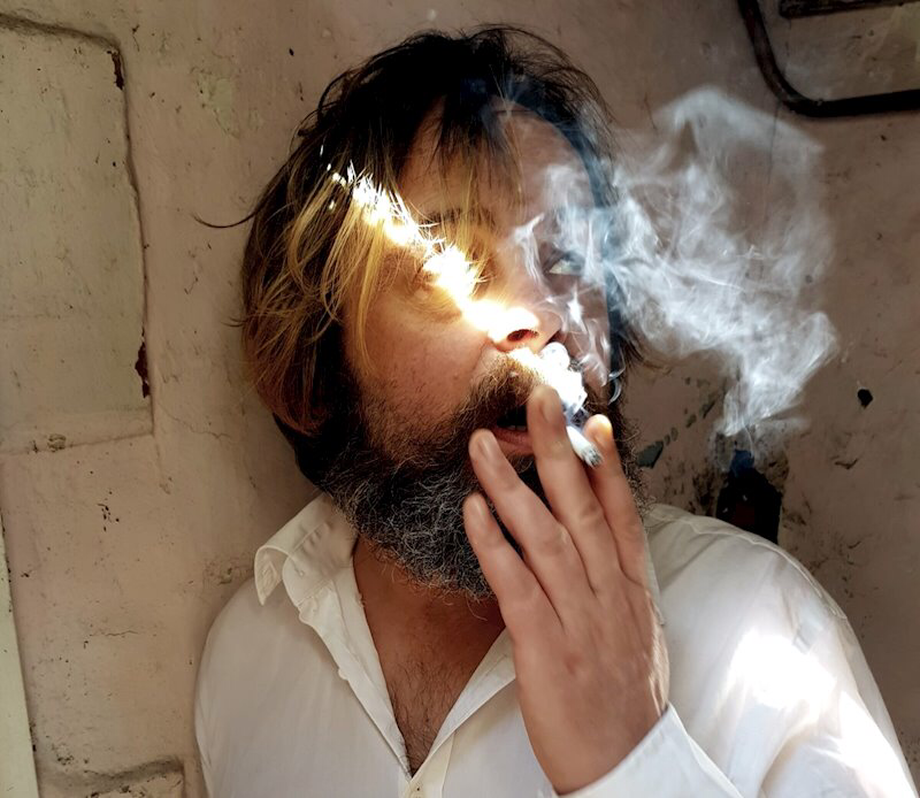 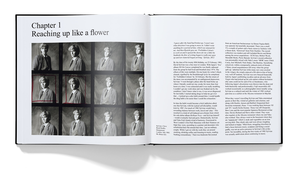 ​Where did you find the inspiration and impetus to write this book?

​On a practical level, I need to work.  If I was independently wealthy I'd do a lot less. Once we get over that, I enjoy working on things that interest me.I've lived with and loved the music of JAPAN in all it's various incarnations since I was fifteen.I'm also a veracious reader and yet I've never had a satisfactory reading experience relating to JAPAN, so I figured I'd write something myself.

What was it about the band that you have gravitated to them, together or apart?

Musically they are intriguing.  I love the individual playing and also how the players interconnect with one another.  I love the sonics of their records, the space...just the sound of them. I love that fact that they came across as aloof and foppish but came from a working class environment and like all the best artists became classless.  I loved the way they looked, and a kind of perverseness that ran through their whole aesthetic. 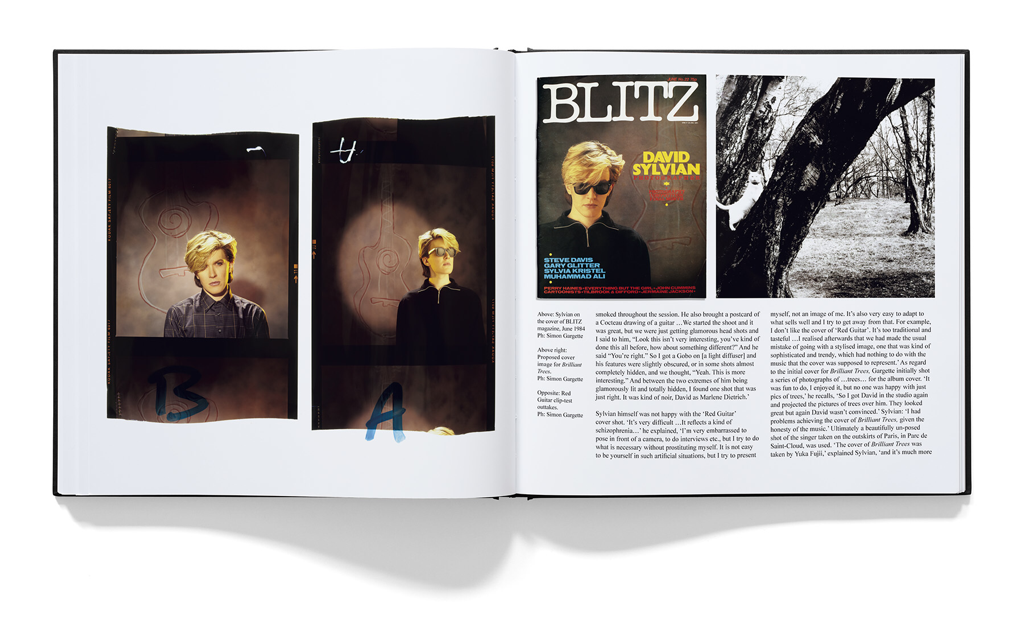 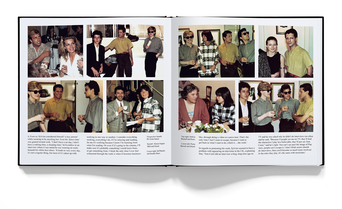 There’s a platitude of photographs on display. Was image an integral part of the group’s trajectory?

Absolutely! Image in pop music can be hugely important. Although I know they then argued that the way JAPAN looked was not an image, it was how they looked every day. So even that aspect of them is appealing ; That the way they looked was somehow an extension of their work...it was all part and parcel of this whole aesthetic.  Their 'immaculate' look mirrored the music; it was very considered, thought out.  (Whole musical forms are absent from JAPAN's music ; The Blues form, for instance.  You're not gonna' hear a 12 bar boogie on a JAPAN record and at the time that was refreshing.)
Compared to many of their peers, even their musical clichés (Bowie, Roxy) were fascinating because they were filtered through these very particular personalities.  Plus by their haircuts you can chart a sort of evolution in their characters and I wanted to show that in the book.  If you only looked at the photos in the book you would pick up on a whole narrative parallel to the text.
If JAPAN had looked 'ugly' like The Undertones or even ordinary like Genesis then their appeal wouldn't have been as consummate.  The fact that they looked like these...almost exotic, arty male models while simultaneously being compelling and innovative musicians was a wonderful draw.

How did the band react and contribute to your book? 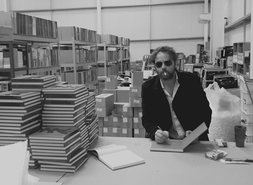 ​I've written two books on them.  The first A Foreign Place, deals with JAPAN – 1974-1984. The second, Cries and Whispers charts what came next up until 1991. On the first book I had extensive co operation from Jansen, Dean and Barbieri. On the second their contribution was less extensive. I had no contact with Sylvian. Barbieri, Jansen and Dean told me that they liked both books.

It’s a thoroughly researched work and I especially love this reference you’ve credited to Sylvain; “‘I always look upon America as a business and you go there to make money.” Was that a pragmatic aphorism Japan followed as artists?

In the JAPAN days the members were very young. When that band split up they were all still in their early to mid twenties.  Money was not the motivation then for any of them.  They were happy with being able to pursue music full time and make a living. Obviously, this attitude changed, probably just as the band were splitting up. No one in JAPAN had anything like an extravagant lifestyle ; Penthouses, Sports cars, Yachts were of no interest so subsequently they didn't need to do anything for money other than the work they were already committed to. It was also  considered 'uncool' for them to even discuss money then. Something which had uncool consequences later on.

Rain Tree Crow reunited the band members on an album. Do you think the change of nom de plume liberated the band?

Initially it may have done, yeah. Musically.  Of course ultimately, the name of this project became an issue that broke them.

Are there any works by the members which you feel has been unfairly overlooked by time and audience?

I think all of their work is appreciated to an extent although I was always disappointed that The Dolphin Brother's album didn't get more attention.  That's a very...likeable album.

Congratulations on the book. Do you have any provisional plans for a future project?
​
Thanks! My next project is a return to my original vocation.  My second solo album, 'A Painter's Life' released in June. It actually features Rob Dean...
Eoghan Lyng
​ 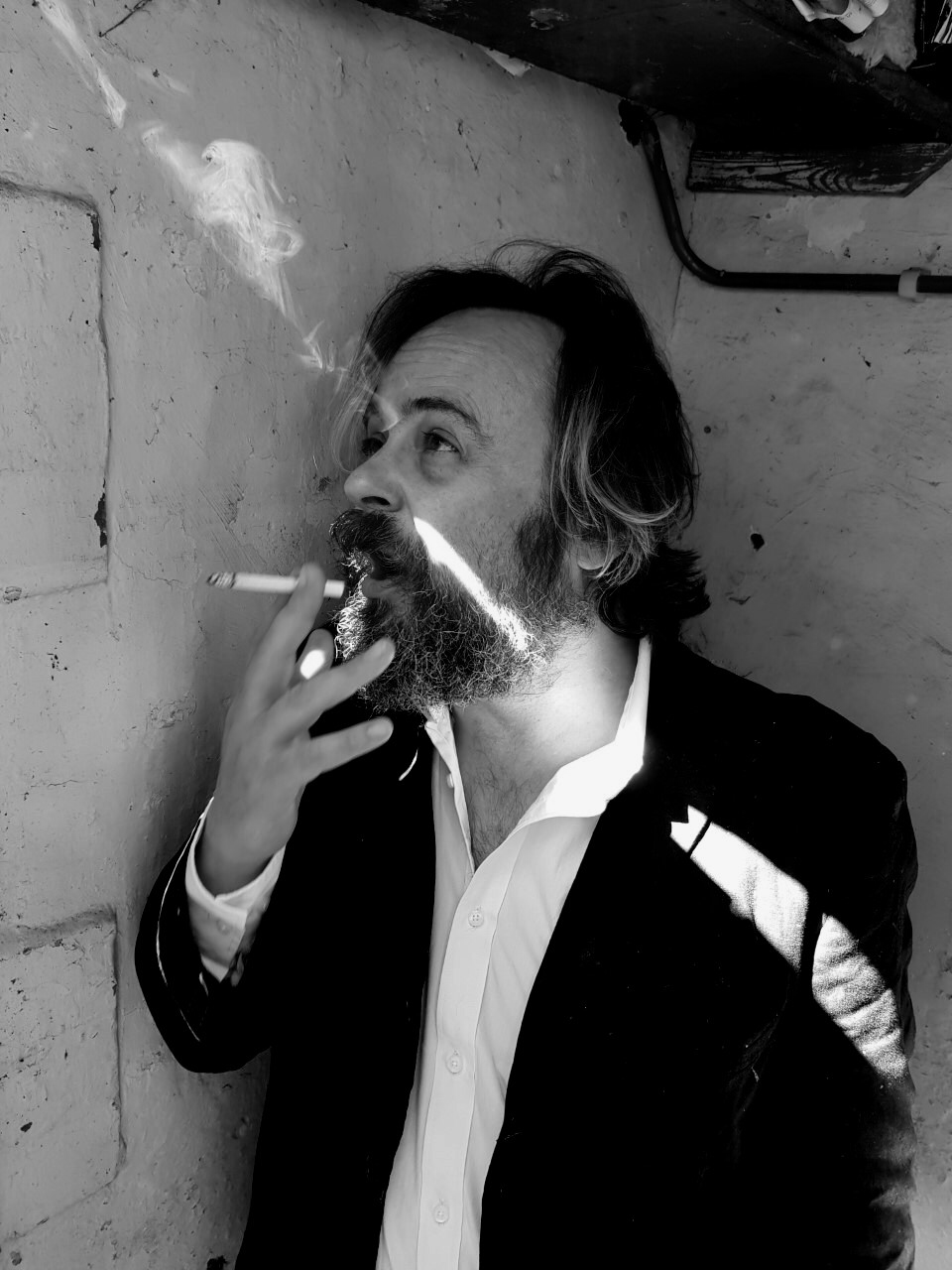 Photo Credit to follow - Link Anthony Reynolds.net
Anthony Reynolds has also published biographies on Leonard Cohen (a bestseller), Scott Walker and The Walker Brothers, and Jeff Buckley. He has also published two collections of poetry. To date, his books have been translated into 12 languages. In 1993, Reynolds founded the critically acclaimed group Jack, releasing three albums between 1996 and 2002. Since then, Anthony has released 10 other albums under various guises plus innumerable singles and EPs, playing various concerts around the world. He also scored the soundtracks for feature length films 'Open My Eyes' and 'Adrift in Soho'. Burning Shed is an online record label/store since 2001 specialising in progressive and art rock music. Burning Shed hosts the official online shops for Jansen, Barbieri and Karn, Porcupine Tree and King Crimson, among many others. In 212 pages, this 210 x 210mm square, hardback book is cloth-bound with a gold and silver foil debos and features approximately 260 pictures. All copies of 'Cries and Whispers' come with a postcard signed by the author. Both Japan books are available exclusively through Burning Shed at https://burningshed.com.
​

Some Japan / David Sylvian Back Cat