​Wow, you know when you’re young, there are some gigs you remember as being special, very special, pivotal life affirming gigs!
I just found out they can still happen when your 53. I don’t understand it myself, I saw Trampolene at the Scala not so very long ago; but the Trampolene I saw tonight was something else!
I have a lot of affection for Jack, we are good mates. An hour before they played I met him in the bar, he was talking to his manager and friends but I dragged him away to sign a T shirt for my Daisy girl. He was worried about his voice which horrified me! I gave him a miniature whiskey to gargle on... 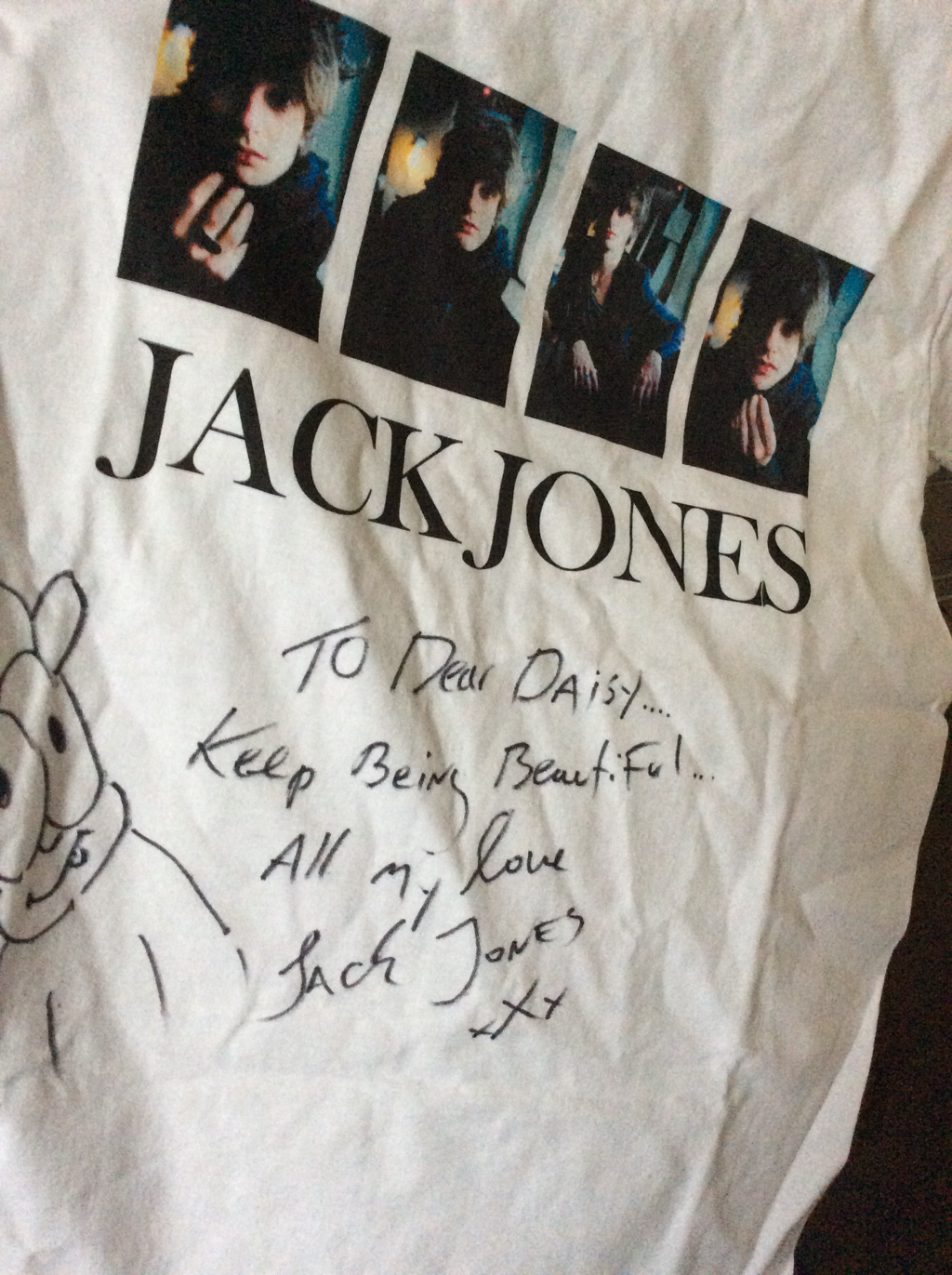 Jack Jones Signed T Shirt Picture link - pauliepaul Chats To Jack Jones of Trampolene & More
​Whether it was that magical miniature whiskey, or the vocal vodka fairies we’ll never know, but something has happened to Jack's vocal that has elevated it to such a level, well it could match anything that I’ve ever heard live!
​When you match a song to the emotion and vocal it deserves, it’s a very overwhelming thing!
When I first heard Trampolene I wondered about the crossover, the loud guitar songs matched to spoken word, love songs, emotion packed songs I could go on.
Tonight there was a seamless flow through every song. The musicianship connection seems almost Borg like! Now the songs are balanced to perfection. Wayne and Jack have such a special bond, they have been on this special journey together and now with Rob the connection is shouting world class quality musicians!
I haven’t looked forward to a gig as much in years, but only 30 minutes before Trampolene played. I felt something was right, I felt like I was 18 again.
Jack becomes part of his audience when he plays, and from a loud guitar song, the raucous crowd soon quiet as he sings Gangway, or most memorable for me ‘The One Who Loves You’ which was perfect, a perfect song sung perfectly.
This Trampolene tour is now responsible for them becoming mentioned the best live band in the country at the moment. I worry because they put so much into their gigs, Jack has to give every ounce of emotion every time, I know it.
I left as Jack was reciting 'Poundland', this time however he was enjoying his craft, relaxed into his gorgeous stream of consciousness it could go anywhere! Oh my word and this is just the start, and it’s a beautiful thing.. love you more
pauliepaul