Am I Dead Yet?

All photo's by Michael Cusick

Am I Dead Yet?

I have to say I'm very excited by this, and I love this song! The band are completely open about how they are financing this project, it's very refreshing and I'm going to chat in depth with 'AIDY' soon but this is for now..
The Brand New Video for : www.youtube.com/watch?v=NMrQkpv1Lbs 'Joe Meek Shall Inherit The Earth'
The New Album is well and truly available, I'll put the link to buy below as well as some of the band members earlier projects... Well is it any wonder that this is a special thing? Not really!

Am I Dead Yet? Is the new musical project from Pop Will Eat Itself & Gaye Bykers On Acid frontman Mary Byker and Apollo440 founder-member, Magazine guitarist & long-time collaborator, Noko
​ 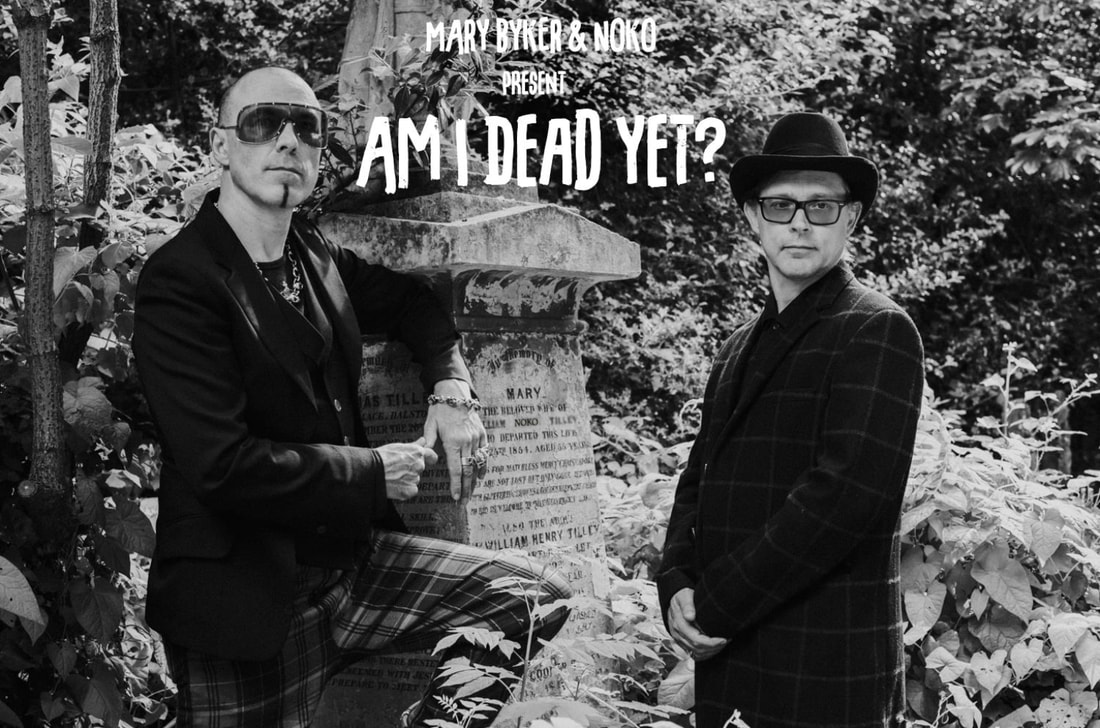 Pic Link - Am I Dead Yet Debut Album - Buy Here!

"We've been at work over the last year on our debut album & have poured our hearts & souls into creating a collection of 11 songs that chime with the times & that we believe are really special. A retro cinematic lament to the failure of technology to save us from ourselves, lush dark symphonic pop, harmonies and reverb drenched guitars a glass half empty soundtrack." ​ 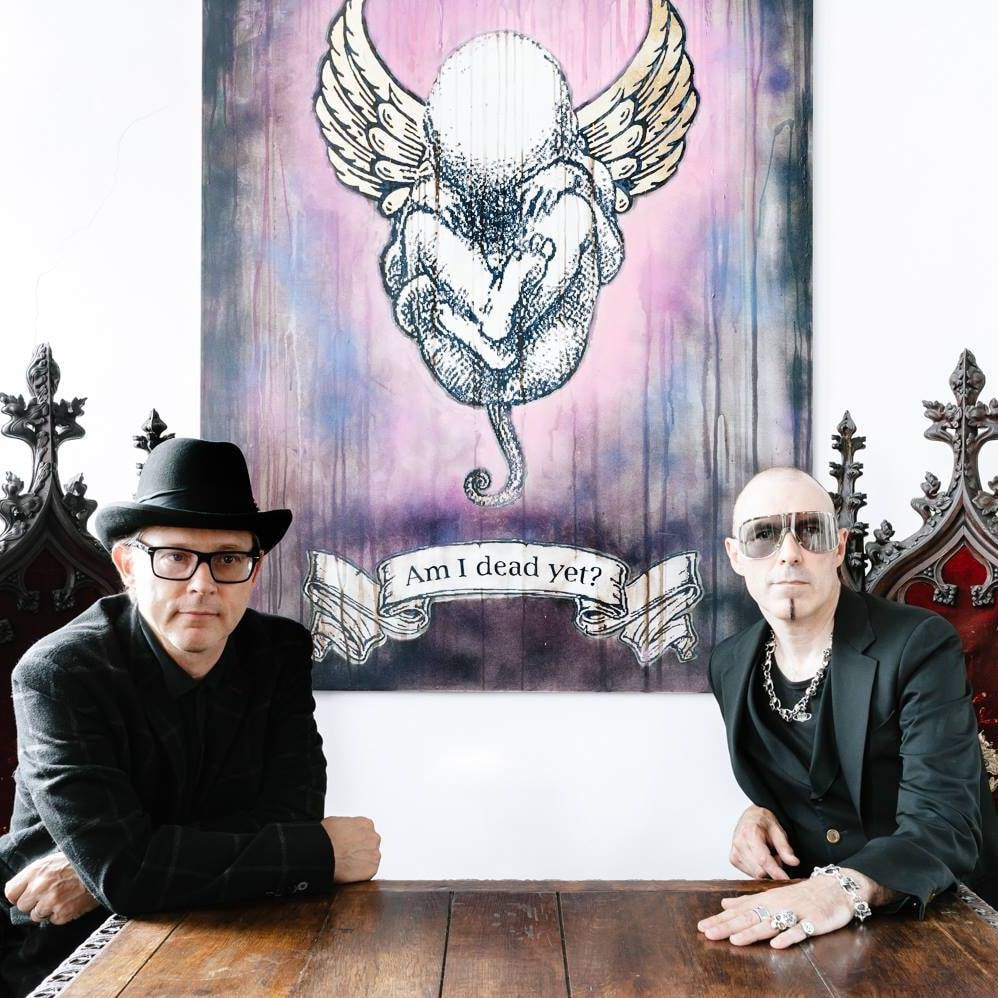 Pic Link - Am I Dead Yet.co.uk

The pair first worked together way back in 1992, When Noko produced the album Metaphasia by Mary’s first post-GBOA band Hyperhead. They later re-charged their creative batteries in the surf-jungle live band Maximum Roach, they formed in 1996 with drummer Paul Kodish.

Soon after Mary was invited to join Noko’s other band, Apollo 440 as frontman and this re-energised line-up took them chart-bound with their genre-busting “Ain’t Talkin’ Bout Dub” amongst others. Their collaboration. ‘Stop The Rock’, hit world-wide and, nearly 20 years after it’s release the track recently flew into a stadium near you on Budweiser’s global FIFA World Cup ad.