Eva Shaw has experimented with a variety of styles and genres including g-house, EDM, pop, R&B and rap. Continuing to expand upon her successful career as an electronic music producer, the rising star's inaugural album transcends musical boundaries fusing her various styles into one mesmerising signature sound that is discernibly her own. As reflected in her music videos and press shots, Eva has an unequivocally cool eye for fashion, which she experiments with as an extension of her art; every single outfit is picked and styled by Eva herself.
Eva Shaw’s debut album "SOLO" features a host of some of Canada and the world's most promising rap artists; including Jazz Cartier, Pressa, Thouxanbanfauni, Kris The $pirit, Fedd The God, Dillan Ponders + many many more. The album will be released via her own label Mad Fatti and has already been teased with a series of drip-fed singles - 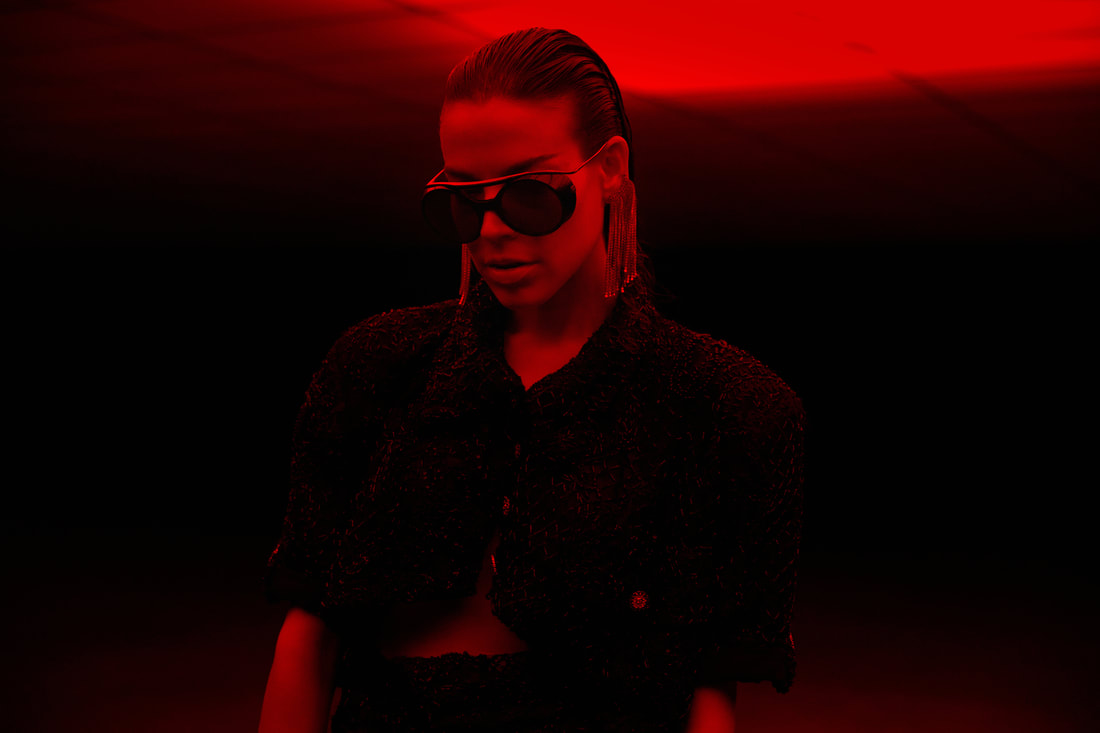 ​Hey Eva, thanks for taking the time to chat with us! How are you doing and where are you currently based?

​Thanks for having me! I’m currently in Toronto doing some promo for my debut album SOLO. About to head back to NYC to do a release party there as well since it’s kind of my second home.

Congratulations on the release of your debut album, ‘SOLO’! Can you tell us a bit about the inspiration behind it?

I created “SOLO” during the pandemic. I have always wanted to do a project like this. This seemed like the perfect time since there were no shows or touring options so I could really focus on my own. I was able to explore sounds, find new artists who inspire me and be creative. I’m excited that my debut album happened like this because it really allowed me to discover my direction and express myself.
​
​The LP is one of the biggest we’ve seen, clocking in at 27-tracks. How long did it take you to write the album from start to finish?

Prior to deciding to drop SOLO , I was already releasing tons of singles every few weeks. I was in a space of trying stuff out and allowing myself to get creative. The oldest record is “STATIC” with Kofi and Ching which I released Jan 2021. I started the project around July 2020 right after I recovered from the original Covid strain. We all thought covid wasn’t going to last so long, but I got so sick almost immediately in late March. When I finally started to feel better, I just knew if I didn’t do this album now , I would get back into tour mode as a DJ and maybe never create something quite like this ever again. I just went full force with it and up until March 2022 or so I finished the final track. I think the bulk of the work on the actual production was in 2021 and then 2022 was mainly just finishing up all the contracts and masters and everything. It was a lot of work getting everything cleared and finalized.

What did the studio sessions for ‘SOLO’ look like? Any stand out moments creating tracks?

I was LA when I did most of the records so I worked in a studio there most of the time. I also spent a lot of time just working at home. I have a mini set up in LA and I can get a lot done even just on my headphones. A lot of the vocals were recorded elsewhere since we couldn’t do many in person sessions. Some of the vocalists I didn’t even meet until later - they just sent me vocals, I worked on it and then sent it back. I did have some super fun sessions in LA though. I remember a couple times everyone was super scared of covid and the vax wasn’t out yet so we all had masks on and avoiding each other like the plague (literally). I didn’t even go in the same room with a couple of people. They just went straight to the vocal booth. It was a weird time to do such a collaborative album. I can’t believe it worked out how it did.

You feature quite a few Toronto-native rappers on your album. How has the Toronto music scene influenced your production and writing over the years?

I’m from Toronto so I grew up in a super multicultural city. I listened to almost literally every kind of music and was around almost every kind of person growing up. That taught me not just about different styles and cultures but I also think it naturally got me mashing up vibes just from the fact that I like so many things. I have a huge amount of influences.
​ 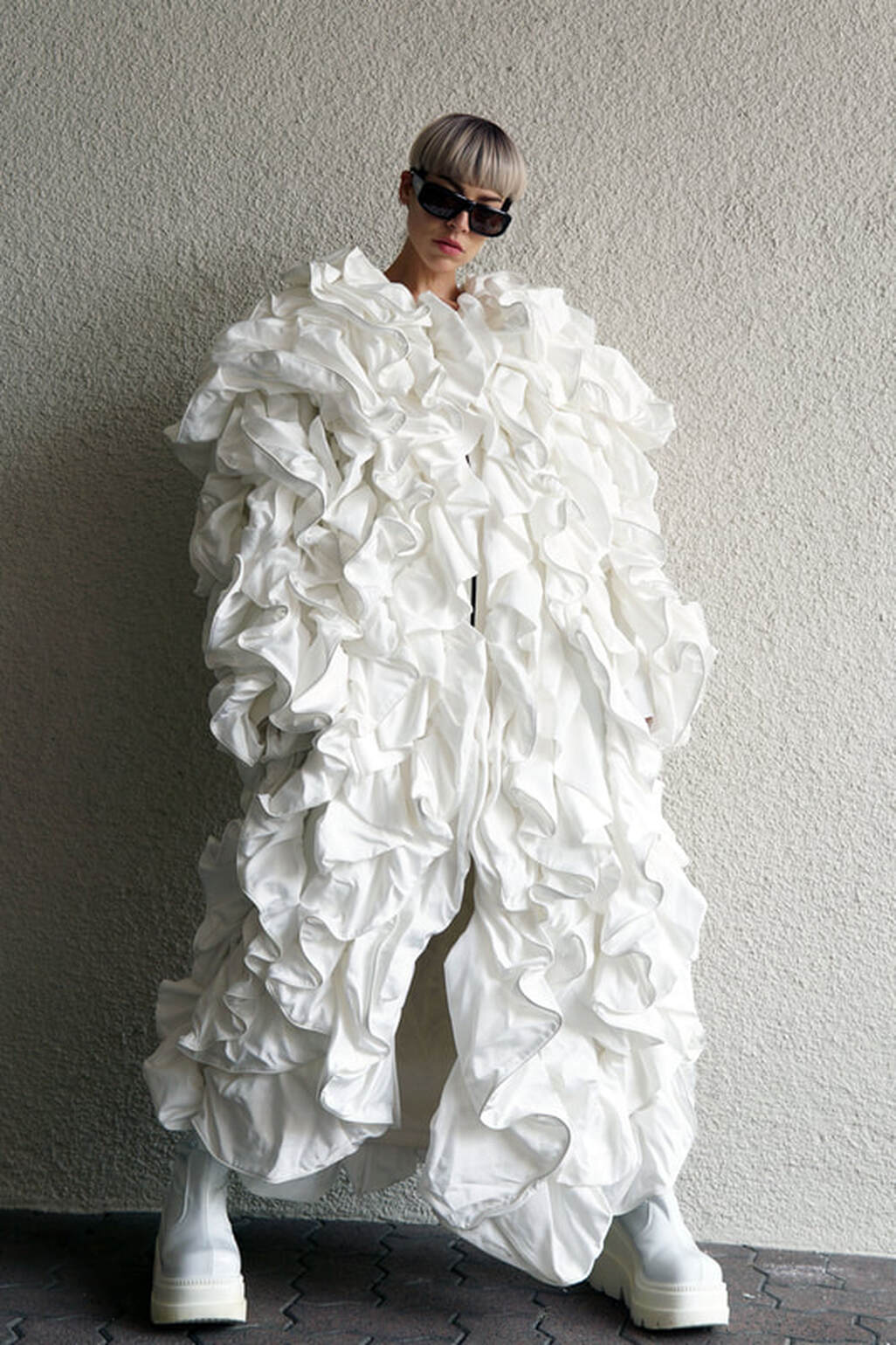 ​Do you have plans to take the album live on stage?

Pre - SOLO I was doing tons of DJ shows and it was fun but I don’t wanna go back to the exact same thing again. I have plans to rework my sets and visuals to reflect this new direction. I’d like to do more live vocals and even sing myself if I’m on the track. SOLO is setting a new direction in my career and I’m super down for it all!
​
We love how you put fashion at the forefront of your work and music videos! What motivated you to focus on that aspect and make it part of your image?

I was scouted to model at a very young age. At the time, I was basically wearing my brother’s clothes. I never showed my legs and only wore baggy track pants and oversized shirts. I wasn’t very comfortable in my body and preferred to dress more masculine. When I started modeling, I didn’t really appreciate fashion. I felt self conscious about the way I looked and wished I looked different. I never felt I fit in. Now that I’ve moved out of the fashion industry as my primary job, I have found a new appreciation for it. I have been an actress since I was a little kid and I’ve always loved dressing up. I now see fashion as a way to express myself creatively and artistically instead of as a way to look more attractive. That was a big game changer for me.
​
Growing up writing music and DJing as a teenager, did you have any musical influences that have stuck with you today?

I have a wide range of influences. My dad was a jazz musician and my parents listened to a lot of funk and R&B. I definitely gravitate toward things I heard as a baby from them. I also have always been very curious. Even as a kid I would look up music - everything from Journey (which is way before my time), to classical music, to rock from my brother’s music collection (like Offspring and Green Day) and dancehall. I gravitated toward artists like N.E.R.D and the Clipse , Ludacris , Nelly - I was really into hip hop and R&B from the 2000s/Y2K era. I started to get more into house music and EDM later on when I started DJing. When I was little I would do a ton of research on older music, so by the time I started to DJ I knew where a lot of the samples were taken from. I definitely have a range of interests musically. I’m very perceptive and I take note of things I really like and store that somewhere in my brain for later.

You’ve had an incredible journey up until this point, with a lot of hard work behind it. At what point in your journey did you realize you were setting off? What did that moment feel like?

Thank you! Those realization points have come in stages. First when I started getting huge residences and paid DJ/remix gigs and seeing that people really liked watching me perform. Then when I signed more music and seeing the numbers rising of listeners and fans. Even now when I reach new achievements like being listed on Billboard as an ‘emerging act to know’ - every step of the way I’m always shocked yet grateful. My career has felt like a slow grind that gradually builds. I prefer that because I have developed a back bone along the way and I can handle almost anything my career throws at me at this point. Being in entertainment is always going to have ups and downs. Regardless of how “successful” you are, some points will feel super high and some will feel really low. I always try to remember that and just ride it out. I am always looking for that next step, and that is what continues to drive me.

Eva, it’s been great talking to you. We look forward to seeing what you have in store as you continue this next chapter in your career! Do you have any last words or advice for fans and readers?

​Thank you! I hope to reach new audiences with this album because it really is an experiment to be as free as possible. I am very curious to see which songs people prefer and connect to, and I am also dying to know how people feel about my bizarre video concepts. I will keep pushing boundaries and I hope to inspire others to do the same in their own way. Thanks again for having me!
​
share