I first met Steve Gullick in the mid 90's I think. I was working with Adrian and Amanda at Corsica Studios in the Elephant & Castle. It was a transition point for Corsica as more and more midweek events were programmed in. Midweek events were very much more inline with the artistic /creative side of the venue (both Adrian & Amanda's passion). Including a Steve Gullick Photography Exhibition.....best pp

As one of music's /rock's most established photographers, you've developed quite the pedigree. How did this come about?

I worked for Melody Maker, did some commissioned work for them. I previously worked for Sounds, but they closed down.

Have they? I'll have to look that up on the internet. But yeah, I wanted to photograph and Melody Maker gave me the chance to do some of the things I wanted to do. I've been a professional photographer for thirty years now. 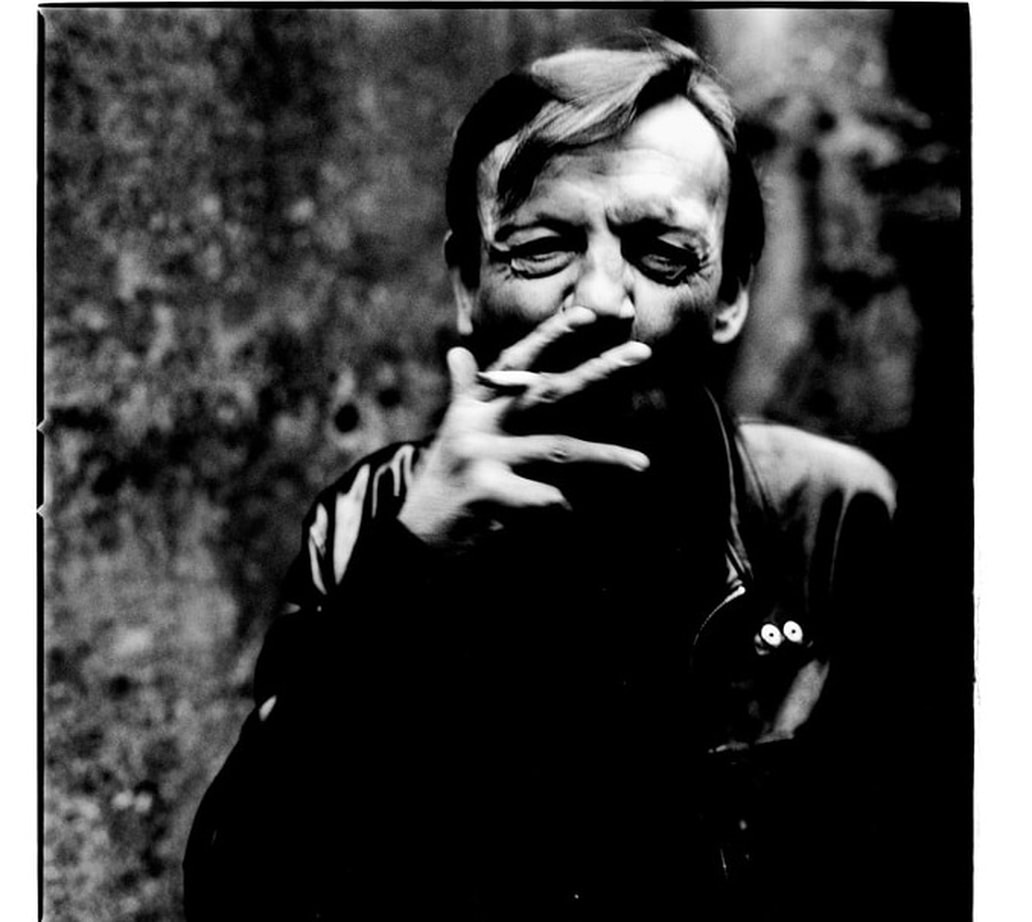 ​Nirvana, famous for their intense posturings...

What do you mean by that?

I mean, they portrayed themselves with piercing, almost angry, poses in photographs.
​
Did they? I've seen photos of them messing around[chuckles]. I mean, they had many serious aspects to them-obviously-but when I was with them, they were a barrel of laughs. All that [seriousness] comes out in the work, I suppose. I know quite a few fairly depressed people, but we know how to have a laugh- even if it is laughing in the face of adversity. We're all faceted. 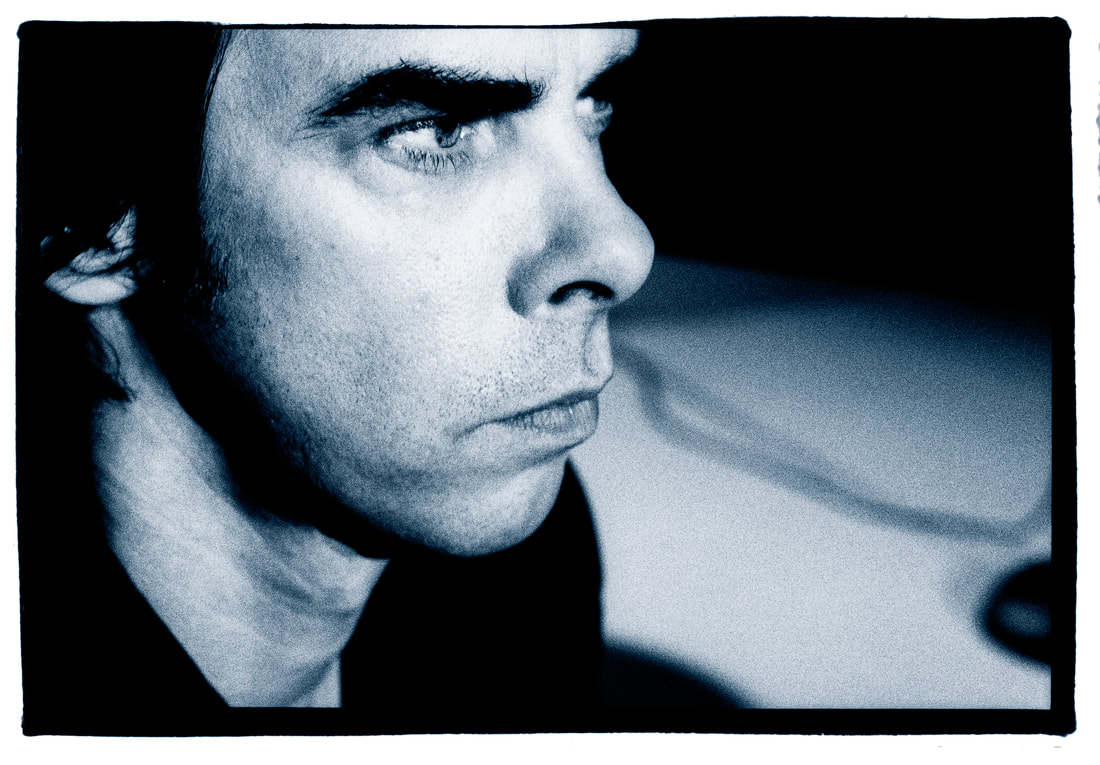 Nick...I first met him in 1992. He can be affable, he can be unpleasant, the same as all of us. Nick's always on display, everything he does is noted. I worked with him sometime around 2002, I've done more stuff with him going on a few years. It's been a while since I last saw him. It's been a few years.

Are there any magazine covers that are dear to you?

There are some that I'm quite pleased with. There's the NME cover with Elliott Smith I took in 1998. He wasn't big enough at the time, but they used it several years later. That’s one I’m quite pleased with. I haven’t done magazine covers for some time. When we did Loose Lips Sink Ships, we decided not to use advertising.

One of my favourite of yours is a photo of the famously forlorn Thom Yorke seemingly at peace in his surroundings.

Thom was probably just sick of me. I don't know the one you're talking about, but if he's at peace, that's why. It's one of the parts of being a photographer. You need to be  in the background, and let them do their rock thing.They need to feel comfortable.

There's your wonderful portrait of Graham Coxon in 2005. I assume he'd left Blur?

That was actually about him and his paintings. He must have left Blur in 2002, 2003. I remember he was wearing a t-shirt...I don't remember the exact words... but the t-shirt said something like "Don't ask". Is he back playing with Blur? We would have been talking about his solo music.

I prefer much of his solo work to Damon Albarn's.

So do I. You can quote me on that!

I take it spontaneity forms an integral part of your photography.

I'm fine with spontaneity. I like to throw myself into the deep end, and get something good out of it. That’s the way I like it.

He and I are quite similar. The road he and I took was through music magazines, We didn't need to be too qualified to work for music mags. You showed them what you had, and you worked from there.  If you didn't have the communication skills, if you weren't likeable, you probably wouldn't go from there. You do have to put up with some of this rock n roll nonsense in our work. Anton’s done some good work with people like Depeche Mode, and I saw some of the photographers I liked in his stuff.

Mark was fantastic! Just fantastic. When I first met him, we were drinking beer in the hotel he was in. I worked with him a few times, lovely, lovely guy.

There's a kaleidoscopic frisson to your black and white work..

What did you say? "Kaleidoscopic frisson"? I like that... what do you mean?

Well, there's a great deal of colour to your absence of colour.

[Starts laughing] I'm going to quote you on that. “Colour in your absence of colour!” It's funny, I use a similar technique with my colour photos, in all their MONOCHROMATIC GLORY!
[Chuckles, utters an imprintable profanity]
I like what you said. I do actually incorporate colour into the black and white. In the early days, we needed a dark room.Luck comes into the photography, but you needed the technical requirements. You needed to be skilled, reliable, you know? I work on instinct and feeling; I'd make a shit teacher. I don't tend to think about it, I just go with what looks good. The 'after' is just as important as the shoot. The process of photography is important , and much of the decision is about how the film is processed. 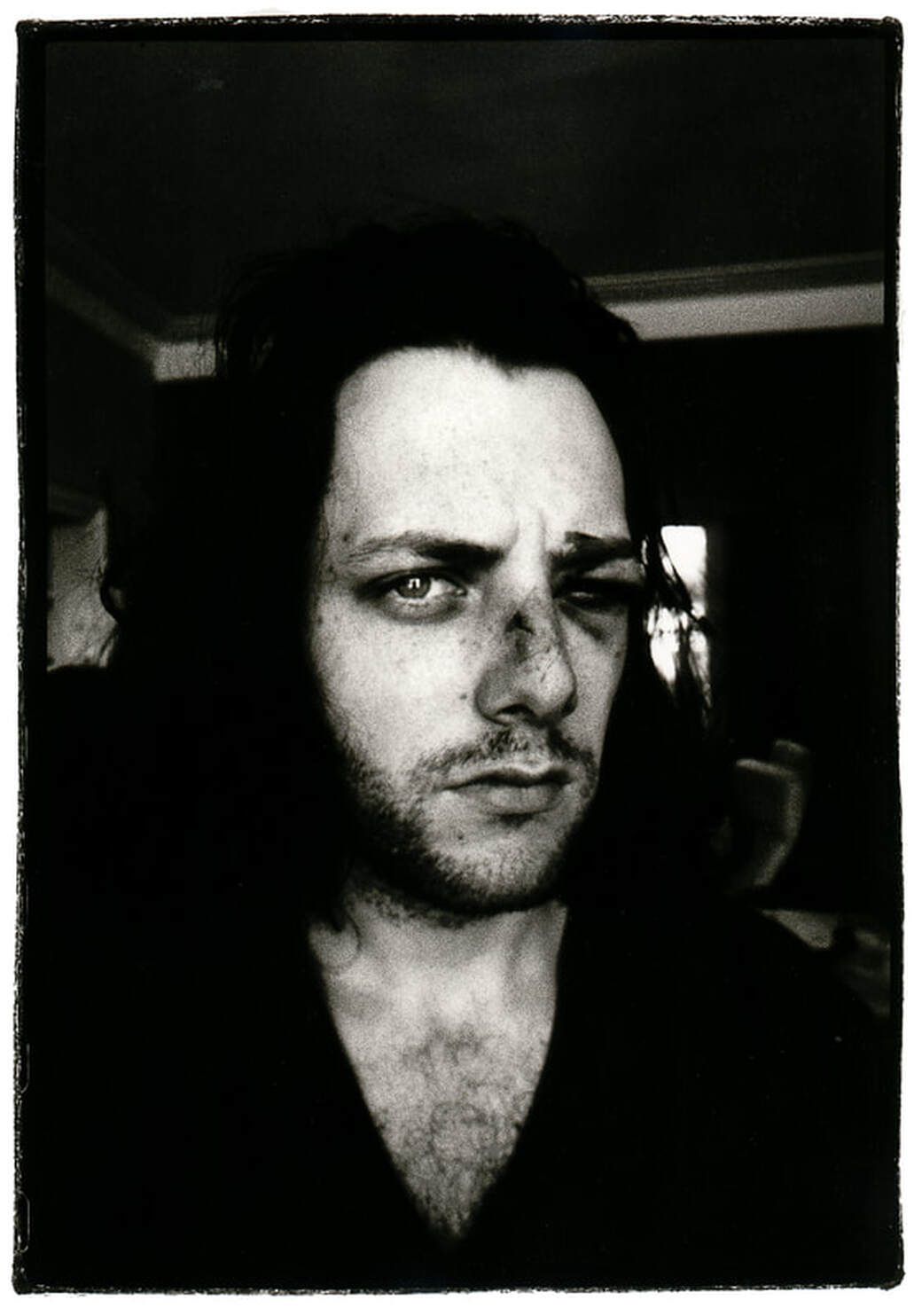 ​Speculating on the future of the print magazine, where do you think the medium is headed?[Editor's note- this interview was conducted two hours before Q magazine announced their intention to cease publication. One day later, and the outcome of this answer could have been very different.]

Well, you've mentioned Sounds.. are they doing it as a memento thing? I mean, Mojo are still going, so are Kerrang! I guess it's the same as recording. People are still buying vinyl, even though album sales are small.The days of a magazine selling one hundred and fifty thousand weekly, that's dead. It's becoming more of a niche thing; a fairly small level. To me, I'm old fashioned. I like artifacts. If it's not in my hand, it's not there, you know. But it's been going a while. When we did Careless Talk Costs Lives , we'd sometimes struggle to cover the printing costs.

You're producing a book, aren't you?

I published the Carelessness book in May. It's a collection of photographs I took for Careless Talk Costs Lives. I also do landscapes, I've got Facebook, Instagram. I normally do exhibitions, but not at the moment.

I first met Steve Gullick in the mid 90's I think. I was working with Adrian and Amanda at Corsica Studios in the Elephant & Castle. It was a transition point for Corsica as more and more midweek events were programmed in. Midweek events were very much more inline with the artistic /creative side of the venue (both Adrian & Amanda's passion). Art exhibitions, live performances, and of course the birth of Baba Yaga's hut. I remember very well hearing Amanda's enthusiasm /plans for those early Baba Yaga nights. Every artist on arival greeted with a welcome only Corsica studios could give. Lovely food provided, and of course always a beautiful atmosphere as the doors opened.
On one of these midweek events I couldn't help noticing the most incredible Nirvana Photographs being hung on the wall opposite my bar. (well it was my bar bar then) Adrian & Amanda always insisted that the walls inside Corsica were painted white. This then transferred the space into its original purpose, as an Exhibition of Steve Gullick's Photography Miraculously appeared in The Elephant & Castle. 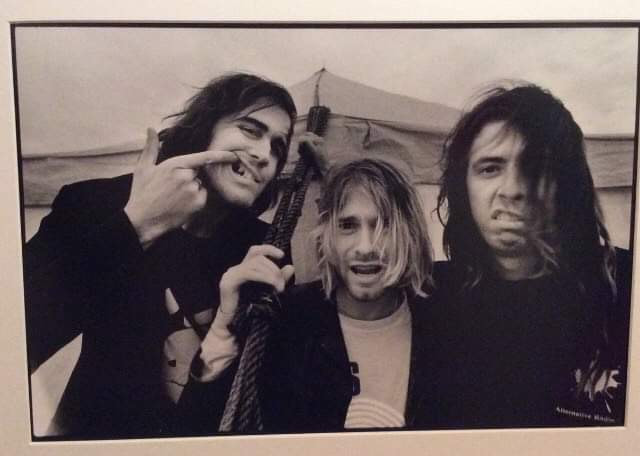 ​Those early midweek events were my favourite nights I think. (apart from LowLife or Micheal Murphy parties) I remember once Amanda coming upstairs (I loved my make shift office up stairs - Big Sofa...) and saying "Paulie 'Dave Ball' from 'Soft Cell' is downstairs...(Amanda knew I was a massive Soft Cell fan) or..."Paulie 'Jim Bob' from 'Carter USM' is downstairs...
Florence was also a regular in those days. I didn't even know she was in a band!  Paloma Faith was a regular performer at Corsica Studios back then. I had a massive crush on her then, even when she wasn't famous she was famous. But whenever I tried to talk to her my tongue SHthtuck to the Wrooth of my mouth. :-(
One night as it happened. I performed on the same bill as Paloma Faith. I was announced and walked on stage from behind the bar to perform my 'Tall Tails & Short Stories'. An early tip a toe into comedy by your's truly pauliepaul. ​
​
share
​
google.com, pub-1336815800049544, DIRECT, f08c47fec0942fa0