A HISTORY OF SOLITUDE
By
​​
David Vincent
April 2020

In the first full-length account of the history of solitude, David Vincent explores how people have conducted themselves in the absence of company over the last three centuries. He argues that the ambivalent nature of solitude became a prominent concern in the modern era. For intellectuals in the romantic age, solitude gave respite to citizens living in ever more complex modern societies. But while the search for solitude was seen as a symptom of modern life, it was also viewed as a dangerous pathology: a perceived renunciation of the world, which could lead to psychological disorder and anti-social behaviour. With the advent of a so-called loneliness epidemic, a proper historical understanding of the natural human desire to disengage from the world is more important than ever.

It was the title of this book that first appealed to me. My perfect desert island book! I was sent a copy and began to read what is a remarkable book. A book easily dismissed by many because of it's language, it's authority. This is a book which could easily and probably will be conscined to university libraries for the use of the privileged few. But that would be a crime.
I approached this book armed with my own personal knowledge through experience of solitude. I actually enjoy being alone, on my own terms of course.
I do have a BA Hon's Degree which I scraped through, but all that gave me was the confidence to approach a book like this and enjoy it. 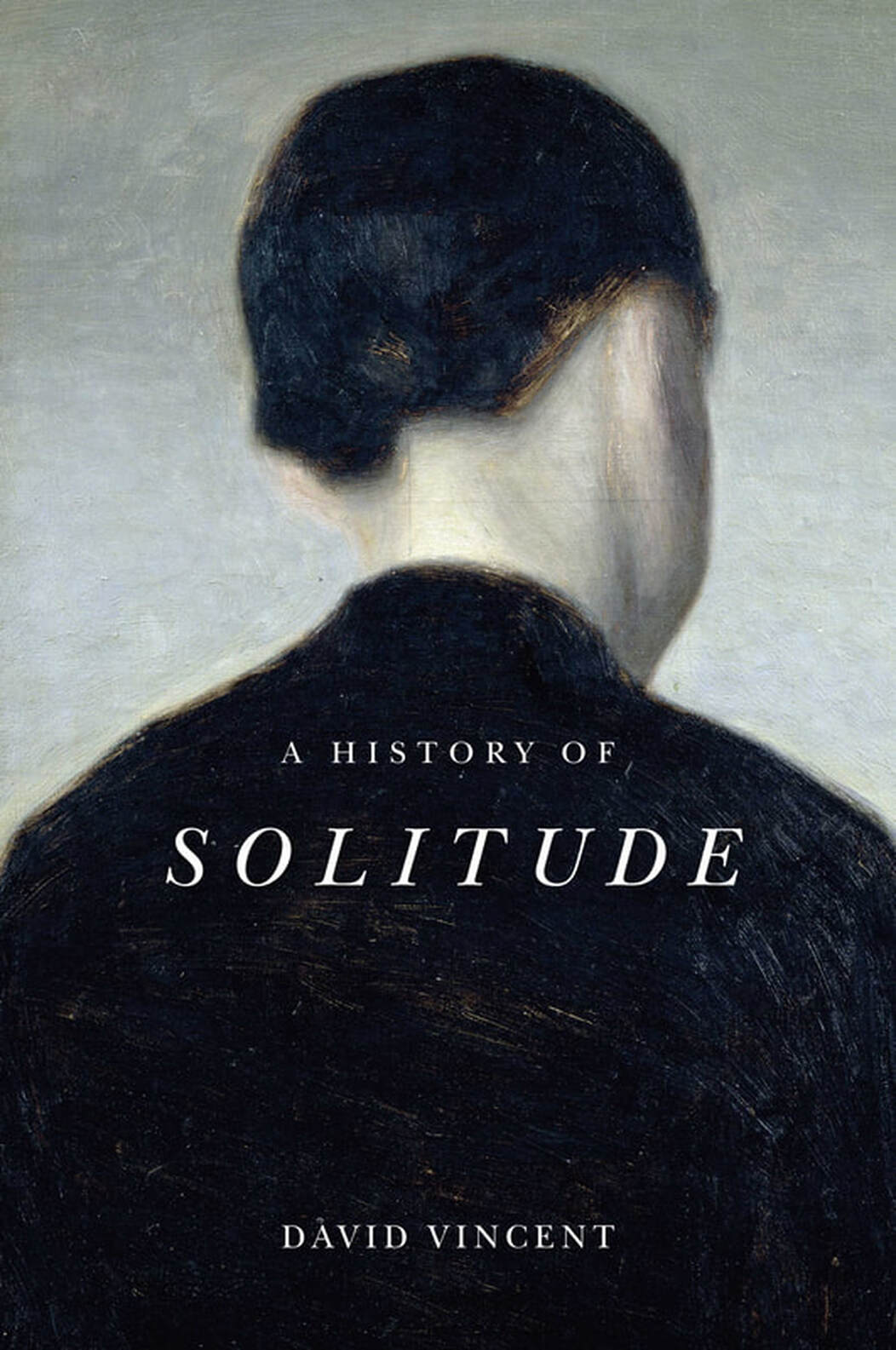 Wow I’m seriously impressed with this - I’m only on the intro!
(Before I received the copy I was thinking any attitude towards solitude is very much dependent on whether or not you like yourself or to what degree you like or dislike yourself. Obviously creativity would impact highly -  some people create universes whilst in solitude- (Roddenberry for eg) best pp x
​

If you're incredibly well read, down from Oxford with a first this is definitely one for your library. However, and much more importantly. Because everyone has an expert knowledge of the subject matter (solitude) this is an amazing opportunity. Of course it's a book that will take time to read, understand. But because you're familiar with it's theme it's an amazing way to get academic!
It's the language you see, it will lead you to explore other areas, other cultures. But you will still be able to understand because you're experts, because of solitude, loneliness. Don't let language put you off and if you don't understand a word look it up!  Learn from this book because I will be, for a long time!
I asked for a few key points from the author which I've listed below. I could read this all day long, it's somehow very familiar wrapped in knowledge....Best pp
1) Loneliness

The current panic about the ‘epidemic of loneliness’ needs to be re-assessed.  Loneliness is best seen as failed solitude.  Since the second world war there has been a rapid growth in the number of people choosing to live alone.  The major question is not why there are so many lonely people, but why there are not more.  The answer lies in the multiplication of ways of enjoying solitude as a consequence of improvements in living standards, housing conditions and mass communication (see also Quiet History below).  For the minority who are experiencing the pain of acute loneliness, the prime cause is not a general breakdown in social relations in late modernity, but rather the growing incidence of deprivation and under-investment in social and health services.

There is a need for what might be termed a quiet history of British society.  Too little attention has been paid to the intermittently organised, often silent, re-creative practices that have been and remain a vital presence in the lives of most men and women in the modern world.  At one level, we need to consider the history of doing nothing at all.  Solitary ‘peace and quietness’ are too easily overlooked as the means by which most people in the past recuperated from their labours in the home or the workplace.  Where it exists, the history of popular recreation tends to concentrate on the noisy and the collective.  Reading is now the subject of study, but it can be argued that much more attention needs to be paid to the rapid growth in diversions ranging from fishing and gardening, needlework and embroidery, and an widening body of pastimes including stamp-collecting, crossword-solving, dog-walking, jigsaw puzzles, do-it-yourself activities, which lay at the heart of how people became accustomed to occupying themselves alone.  At the heart of quiet history is walking, whether over long distances, or, much more widely, casually strolling away from an overcrowded home into surrounding streets, parks and countryside.

The digital revolution represents the culmination of the search not only for sociability but, as important, for its absence.  Since the late eighteenth century, the conventional form of physical solitude – being alone, usually in nature – has been accompanied by a growth in networked solitude – keeping in touch with distant people through mass communication but remaining alone – and abstracted solitude – removing one’s person whilst still amidst people.  A reason why the take-up of networks and devices has been so rapid and irreversible in the early twenty-first century is that they provide a solution to the perennial problem of how to be alone yet also in company.  In this sense the smartphone has not been a disruptive innovation but rather the culmination of a journey through correspondence, print, telephone, film and television.  Earlier generations could only dream of a device that allowed the individual at will to be absent and present in company, apart from society but instantly in contact with selected groups and individuals.

In the middle decades of the nineteenth century, organised religion made one last effort to place itself at the centre of social progress through its state-sponsored investment in elementary schooling, and most strikingly, through the total reform of the prison system around the notion of solitary confinement.  Punishment and rehabilitation rested on the figure of the penitent prisoner alone in his cell, engaged in spiritual self-examination guided by the prison chaplain.  The experiment eventually failed, partly because of the psychological suffering of the prisoners, partly because of the inability of the chaplains to measure any deterrent or reformative effect.  However, in the early twenty-first century ‘segregation’ has returned to British prisons, as an unintended by-product of over-crowding and violent, drug-infested conditions.  The current incidence of solitary confinement, amongst young offenders as well as adult prisoners, is a measure not, as in the nineteenth century, of ambitious reform, but of the widespread failure to supply secure, humane conditions inside the prison estate.

The nineteenth and twentieth centuries saw a last great flowering of the monastic tradition that stretches back at least as far as the desert fathers of the fourth century.  Monasteries and convents were founded in Britain for the first time since the Reformation, and there was a surge of interest in Trappist seclusion after 1945.  The tradition emphasised the centrality of a silent communication with a silent God.  In the more recent past the pursuit of spiritual solitude within walled communities has been irreversibly compromised by the exposure of sexual scandals stretching back to the 1960s.  In its place the popular demand for solitary spiritual examination and recovery amidst the rampant consumer societies of late modernity has been expressed in a vibrant culture of self-managed spiritual reflection.  At its heart is a secularised exercise of silent meditation which has roots in both monastic Christianity and Buddhism.  Mindfulness, its most successful practice, enables the practitioner to be wholly detached from all external structures, and at the same time supported by participation in a theorised, documented and organised movement.  All but the most hard-pressed worker or household manager can afford the forty-five minutes a day that need to be devoted to the exercise.  Mindfulness is solitude tailored to late modernity – eclectic, privatised, and readily commodified as an avalanche of print, supportive objects, digital media and courses flood into the market.