Bill Nickson's Single: 'What To Say' released on The Label Recordings June 8th

"Bill Nickson is a 22 year old singer-songwriter from Wirral, UK. His musical output consists of home recorded DIY bedroom pop which he began releasing independently in 2014, only recently bringing this music into a live setting with the help of a full band.  He pens beautifully delicate songs that wrap around tuneful indie-pop."

What? A great singer/songwriter from Liverpool! (I hope I can say that he's from The Wirral)
​The above is from Bill's biog, it just said it perfectly. Bill's new single What To Say took me by surprise, it's that good and also very intelligent, showing a maturity beyond his years. 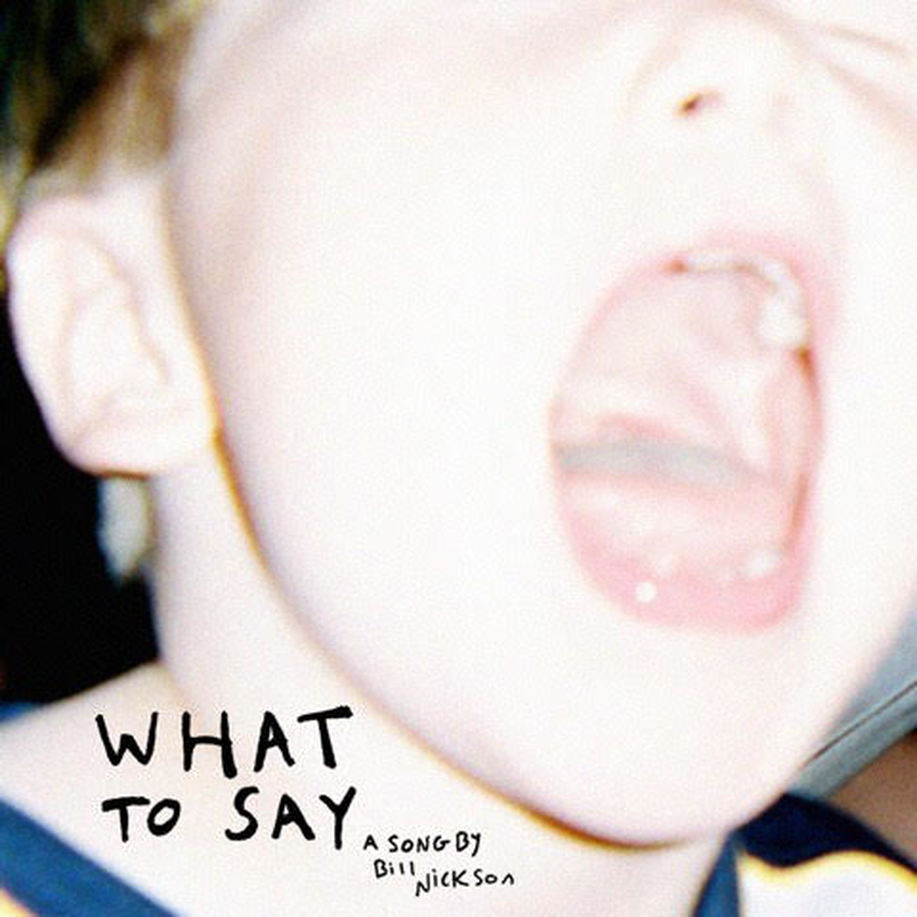 Bill on Twitter - link
Bill you’ve been in the business quite a few years now, having started so young. Did you just know that music/songs were what you wanted to do?
How did that fit into school? Did you find it distracting?

I've always had a good idea that i'd want to pursue something creative for sure but i'd never been set on music for definite until school was coming to an end and i started taking recording more seriously. Spent a lot of time as a teen pirating computer programs and trying to make my own dumb short films, comics et cetera and music was just a part of that big mess of not going outside really. Was never great at concentrating during school anyway to be honest, didn't need musical distractions to help me with that !!

What were you listening to at that young age - and was that the music that inspired you?

I was just listening to the obvious stuff really for someone growing up in the early noughties, bands like Blink-182 / Green Day, that whole area of pop punk. Its hard to say if that stuff inspires my music now and to what extent but i don't think i'd have picked up a guitar as early as i did if it wasn't for American Idiot.
Got a healthy dose of the older stuff too though with my dad always playing bands like The Kinks, The Beach Boys and Pink Floyd in the car.

Off the music subject, we have a feature about books that changed your life. It doesn’t have to be that drastic, but does anything spring to mind?
If not you can have a film, or both ??

Can't really remember many books that i've read in recent times but i spent many nights sinking into Where's Wally? as a child, which inspired my love of spacey synths and striped tees... that man went everywhere!!

The single is brilliant, by the way. So Bill, whats next? Do you have any plans to tour? Have you played many shows?

Thank you!! I started playing shows last year and have racked up a nice number of them throughout the past months, still finding my feet a little but its getting easier. Not sure I could pull off a tour just yet but i'd love to when it makes sense!

Up next is a home-produced release with the family, Eggy Records. Not too sure exactly when but its coming. I'm lucky enough to be in the company of so many consistent and unique artists on the roster though, so you're spoilt for choice in the meantime!!

Thanks so much, Bill - good luck with the single. I think it will fly off x
pauliepaul