Special thanks to thebeatles.com for the Photographs & The Promo!
I wasn’t going to write anything about the Abbey Road anniversary, but in the end I couldn’t resist it. Has everyone got an Abbey Road moment? I was about 13 when I first heard it, that was 1978.
My sister’s was recently married and I didn’t so much loose a sister as gain access to my new Brother in Law's record collection (Hi Andrew de Frece x) which was vastly different from my sisters David Cassidy and Osmond’s ‘LP’s.
I was fascinated by the way the songs morphed into others, some of the first mixing, (analogue style!) The way 'She' Came In Through The Bathroom Window' was magical but also even at a young age I felt the beauty In : ‘Something’,’ - Here Comes The Sun’, and when I heard ‘Golden Slumbers’! Well I still love that opening line :
​"Once There Was A Way --- To Get Back Home..."
​Happy Birthday 'ABBEY ROAD!"
​ best pp

It was 50 years ago, on August 8, 1969, that the world’s most famous band stepped out from London’s EMI Recording Studios to stride, single-file, across the black and white stripes of Abbey Road’s nearby zebra crossing. With photographer Iain Macmillan balanced on a stepladder and one policeman stopping the street’s light traffic, The Beatles crossed back and forth three times, led by John Lennon, followed by Ringo Starr, Paul McCartney, and George Harrison. Just six photos were taken, with the fifth selected as the cover shot for The Beatles’ penultimate studio album, Abbey Road, named after the tree-lined street in which the studios are located. Released September 26, 1969, Abbey Road was not The Beatles’ final album, as Let It Be followed in 1970, but it was the last one John, Paul, George, and Ringo recorded together as a band. 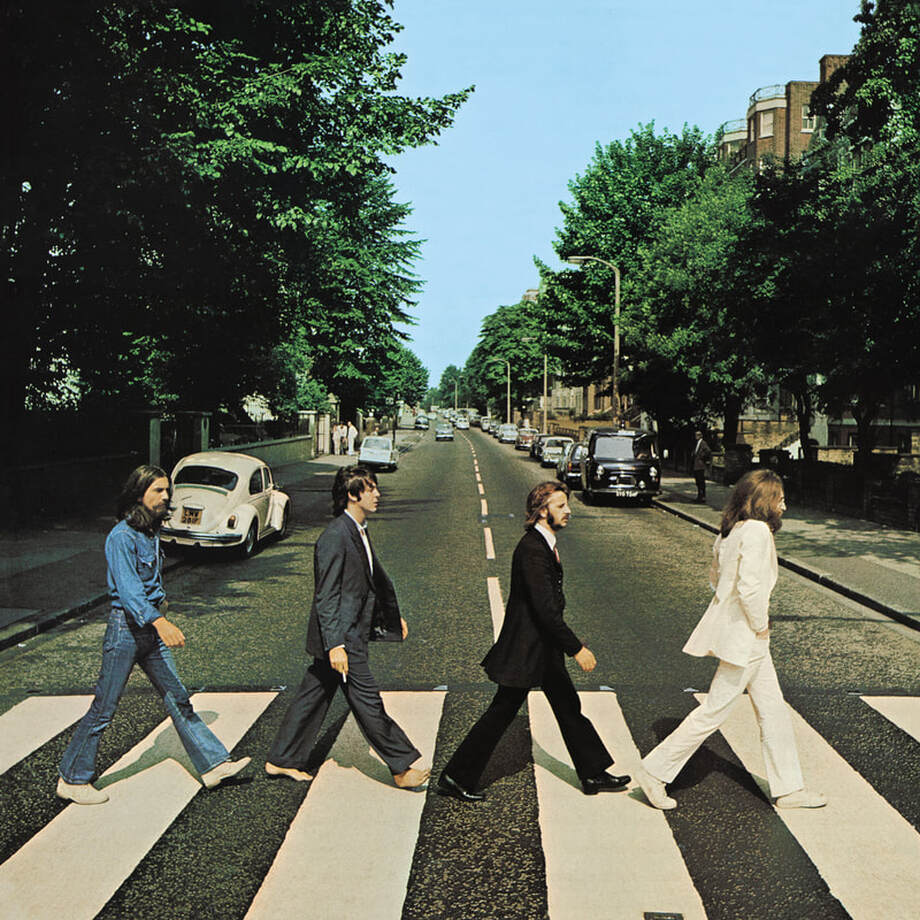 Special thanks to thebeatles.com (CLICK IMAGE LINK) for the Photographs -
​The Beatles will celebrate Abbey Road’s anniversary with a suite of beautifully presented packages to be released worldwide on September 27 by Apple Corps Ltd./Capitol/UMe. Now available the album’s 17 tracks are newly mixed by producer Giles Martin and mix engineer Sam Okell in stereo, high res stereo, 5.1 surround, and Dolby Atmos, accompanied by 23 session recordings and demos, most of which are previously unreleased.

“The Beatles recording journey had gone through many twists and turns, learning curves and thrilling rides. Here we were – still wondering at the magic of it all,”  : Paul McCartney 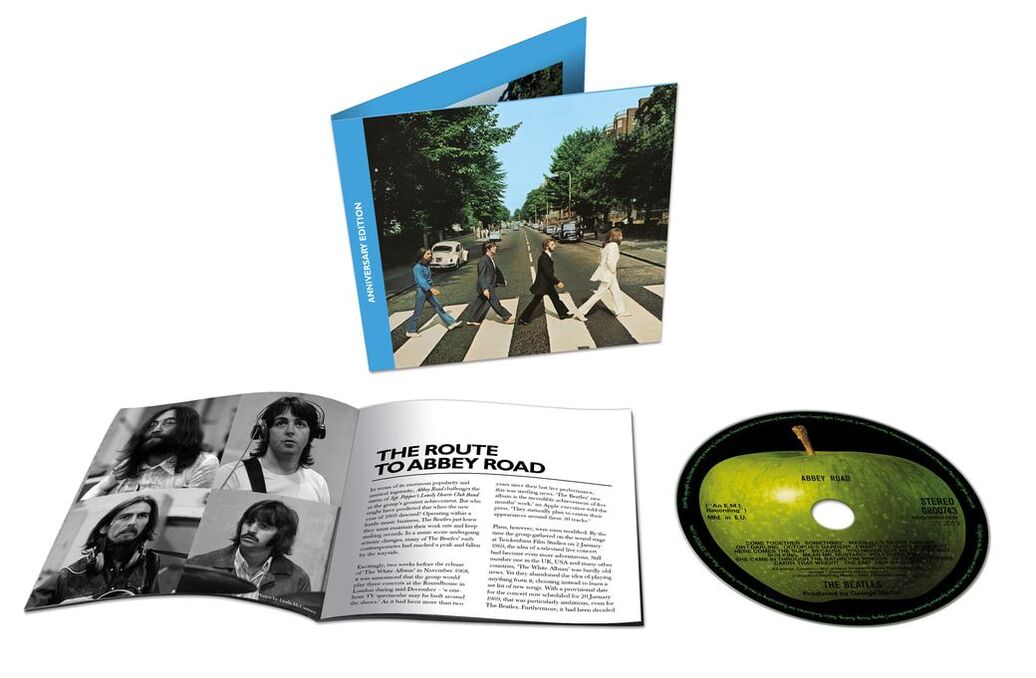 ​This is the first time Abbey Road has been remixed and presented with additional session recordings and demos. The album’s sweeping new edition follows the universally acclaimed remixed and expanded anniversary editions of Sgt. Pepper’s Lonely Hearts Club Band and The BEATLES (‘White Album’) released in 2017 and 2018, respectively. To create Abbey Road’s new stereo, 5.1 surround, and Dolby Atmos mixes, Martin and Okell worked with an expert team of engineers and audio restoration specialists at Abbey Road Studios. All the new Abbey Road releases feature the new stereo album mix, sourced directly from the original eight-track session tapes. To produce the mix, Giles was guided by the album’s original stereo mix supervised by his father, George Martin. 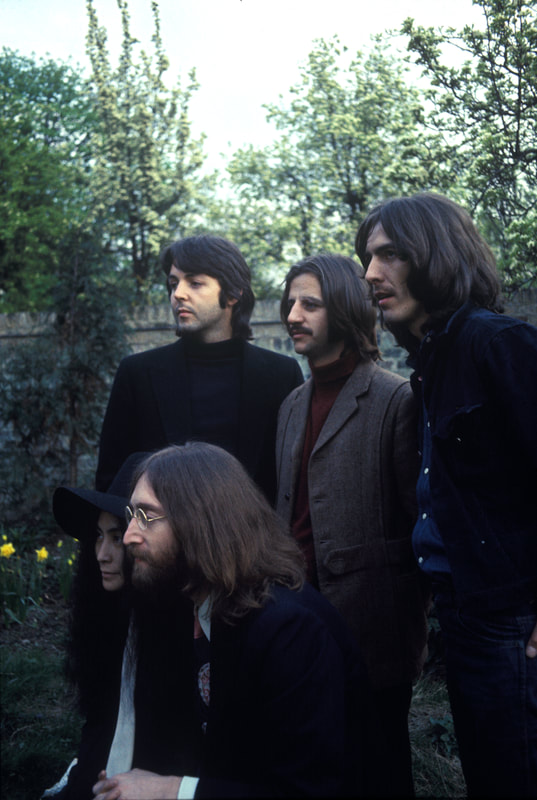 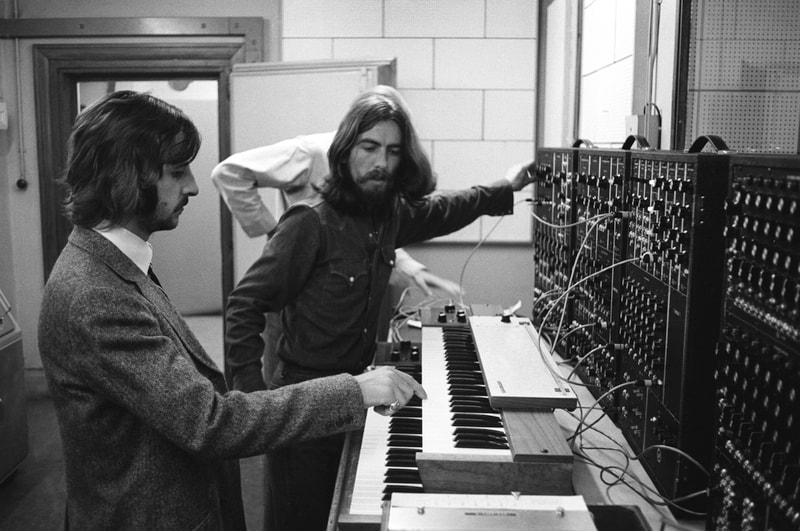 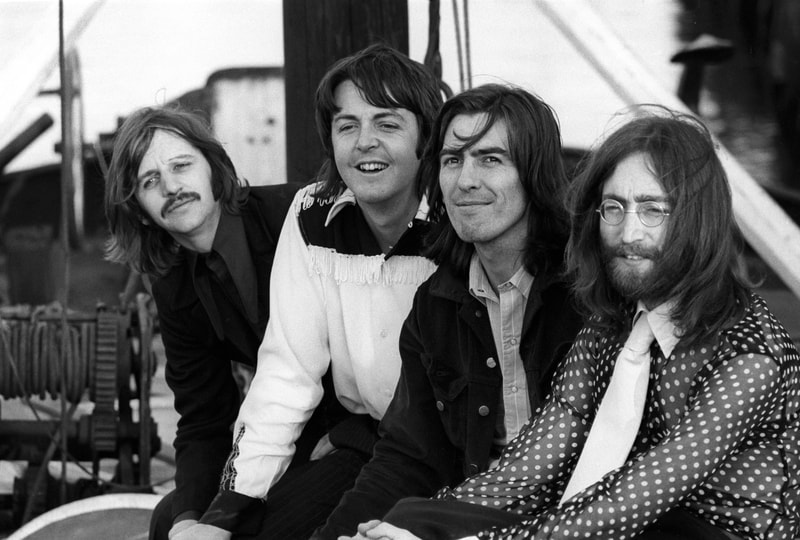 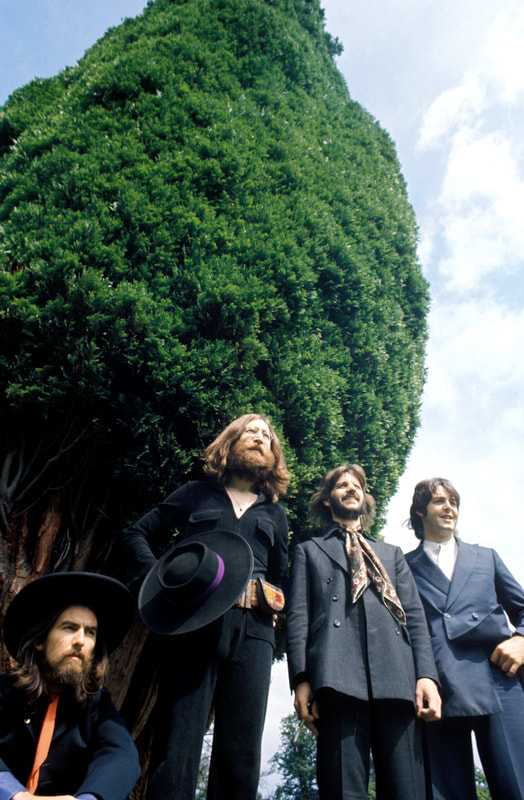 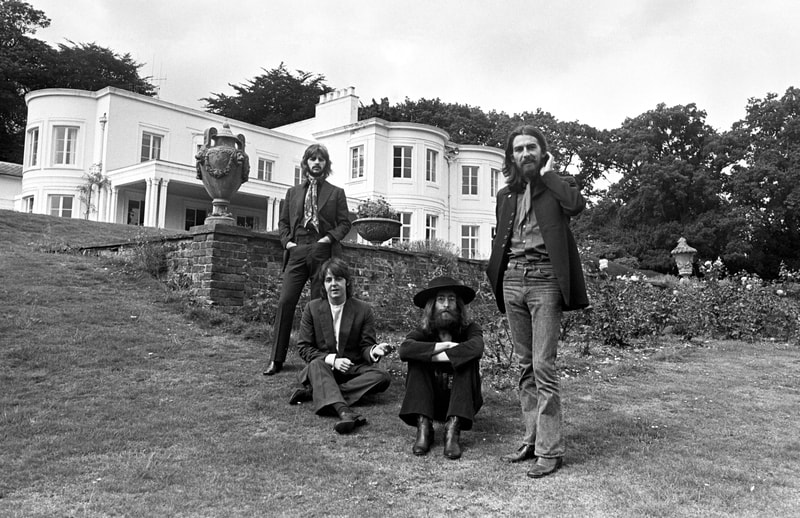 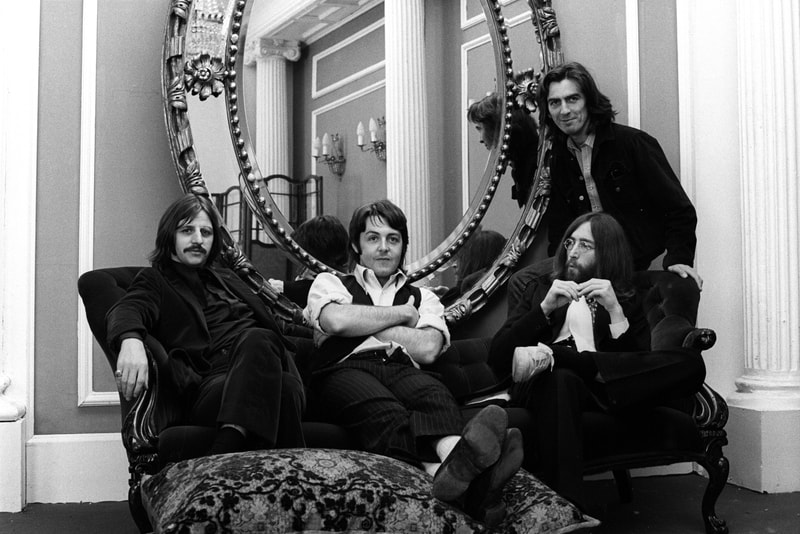 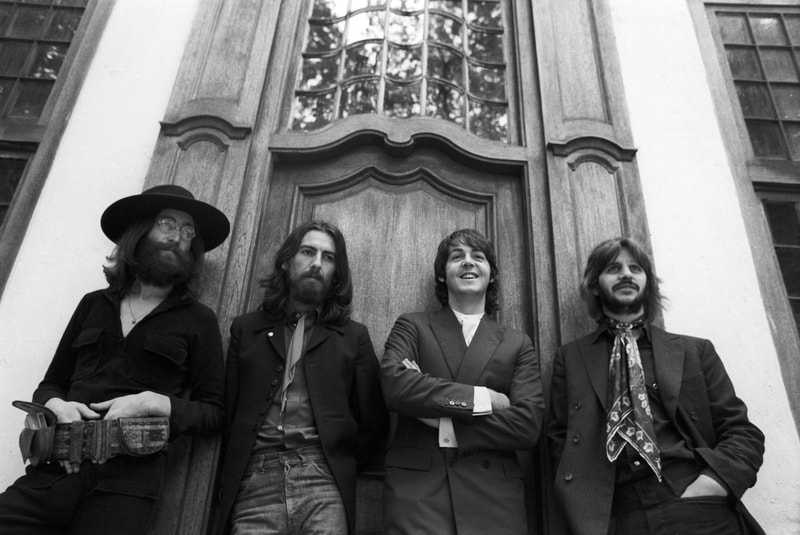 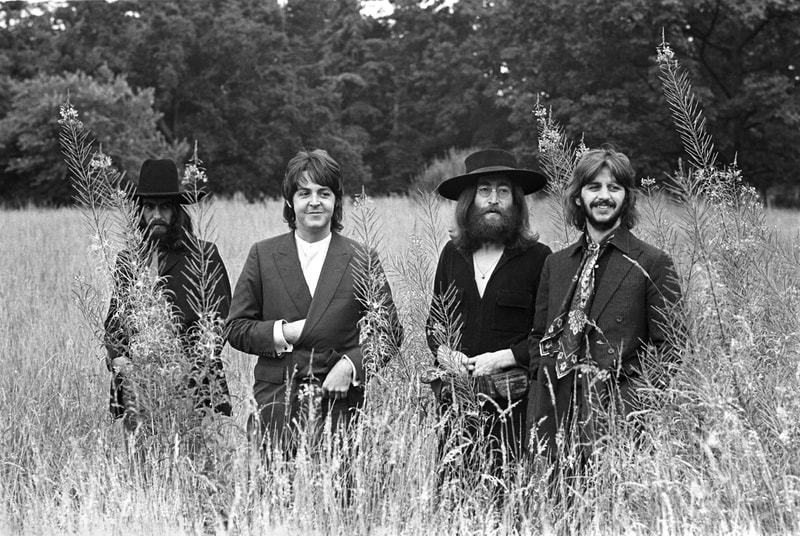 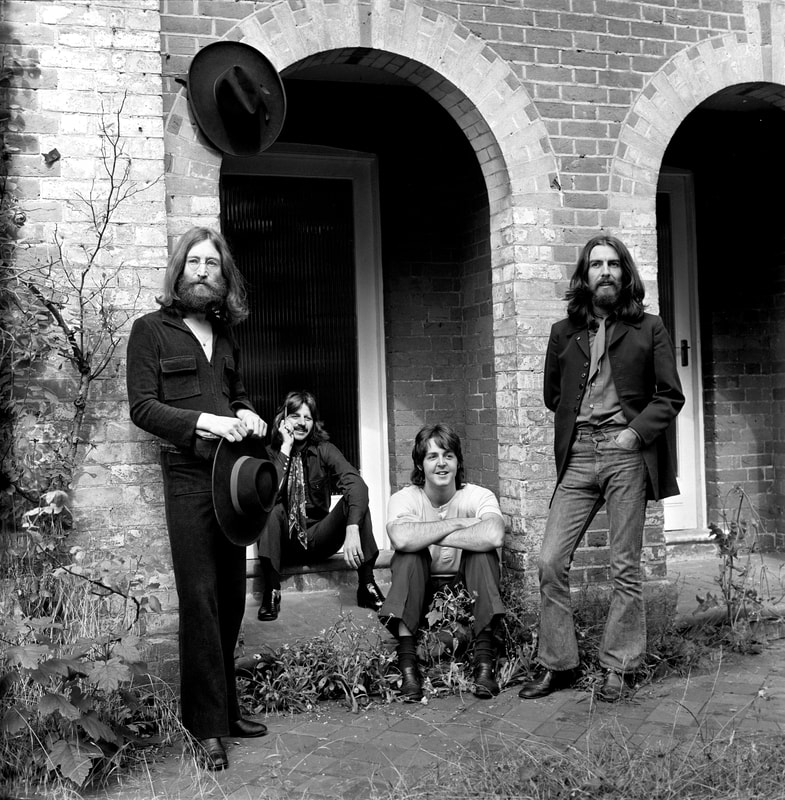 “The magic comes from the hands playing the instruments, the blend of The Beatles’ voices, the beauty of the arrangements,” Giles Martin explains in his written introduction for the new edition. “Our quest is simply to ensure everything sounds as fresh and hits you as hard as it would have on the day it was recorded.” 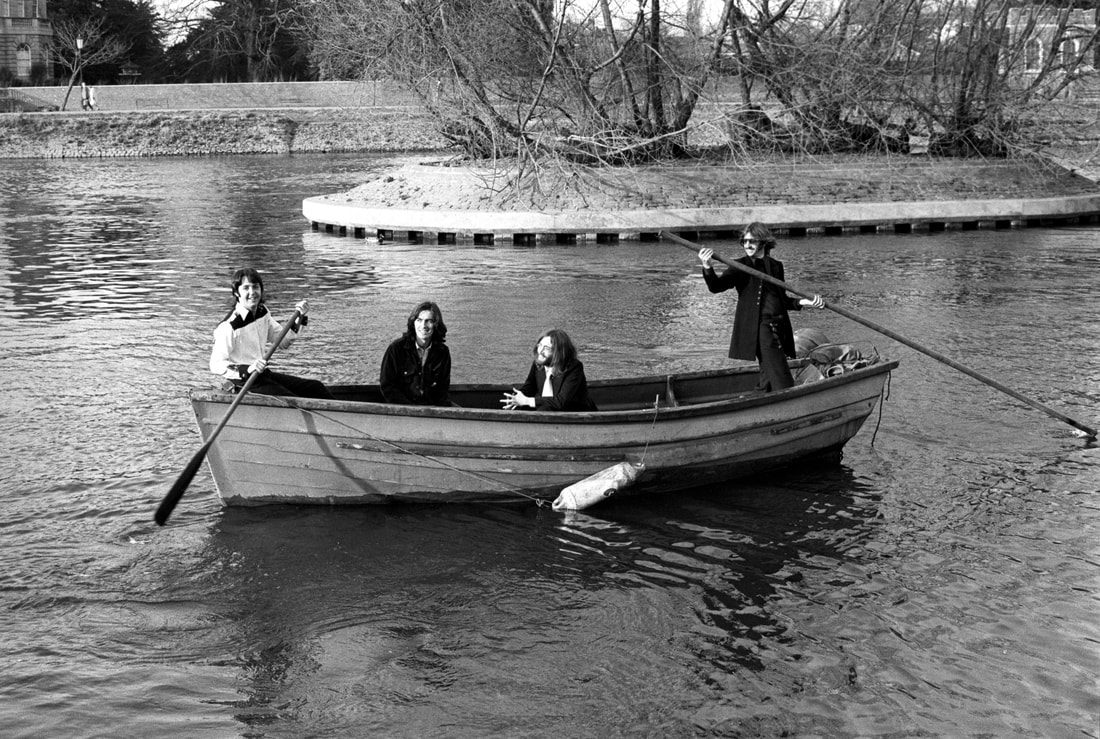