first published September 2017
I've been a fan of 'The Wedding Present' for a very long time. They are one of those bands that I affectionately return to time - after time. I have to admit that I have my favourite albums though, (Watusi included) and haven't given the most recent albums my full attention.
This is about to change I promise 'David' and I have already given the brilliant 'Going Going' several hours of my attention.
The bands history is interesting.. David being the only surviving member of the original lineup. 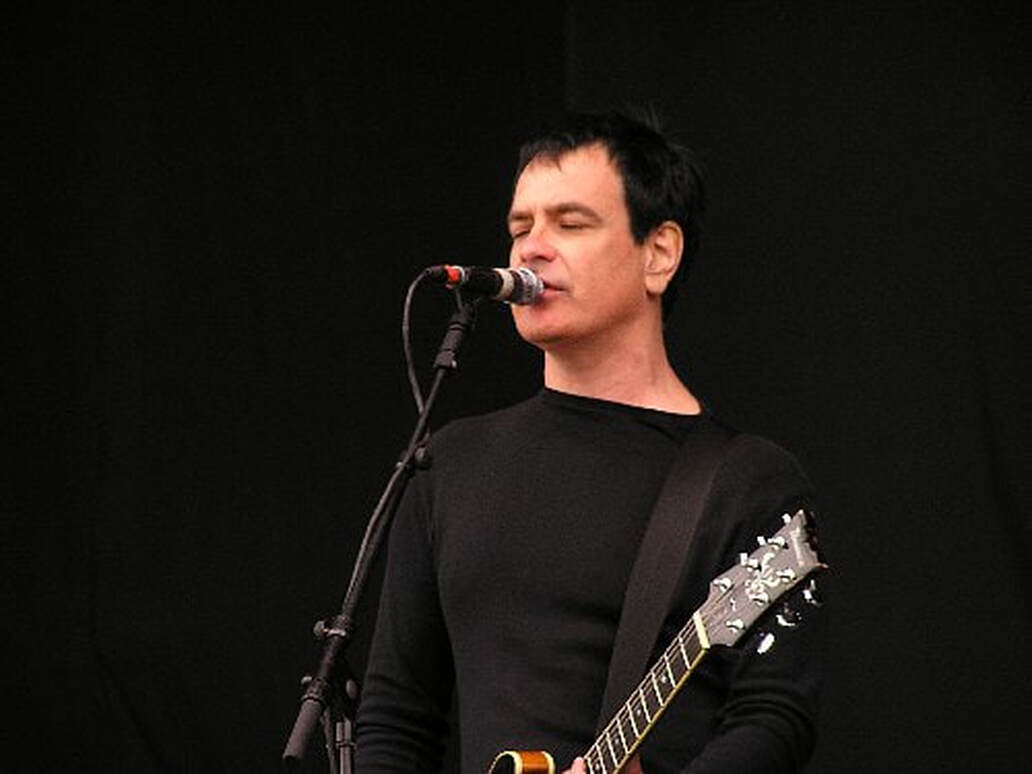 ​He is however the indispensable band member, in fact for me David Gedge is up there with the best songwriters of my generation. (class of 81) I've put a link to Wikipedia (behind John Peel) which describes the band and David's up's and down's far better than I ever could here.
At the moment the band are touring and you should take the opportunity to see them. (I've linked the tour news)
​Playing live suits some bands more than others, with The Wedding Present you get the songs played as they were written, brilliantly and once again with feeling - Brilliantly. I think that's why David's songs get under my skin so much -
​
I feel his songs - "Glad you found the time to ring" - "Or Surprise, I've got Eyes..." are lyrics from Spangle which exemplify my point.
You feel every word, this plus his eye closed passionate delivery on stage is reason why you need to see 'The Wedding Present' live! Now! Did I mention I was a Fan?
I first met David at the 'Bussey Building' in south London a few years ago. After the gig I got chance to have a beer with him (thanks Mickey Smith & Saija) and he was a perfect gent; and Still is :

Hi David! Firstly can you remember what / who? - on an inspirational level made you want to pick up your first guitar?

Two people really... ​​The DJ John Peel but also Dave Fielding who was the guitarist in the Manchester band, The Chameleons.
I’d been obsessed with pop culture in general, and pop music specifically, since an early age but I was particularly inspired by the records John Peel played on his show.
I went to school with Dave and he was a brilliant guitar player.
When The Chameleons formed and recorded a session for John Peel, my worlds collided!
​
​That's how I first heard you, through John Peel. I know he loved your music and championed your "love song writing" (Famous quote see below)
Were you friends? -
I was too in awe of him really, the only times I've really ever been nervous on stage are when I've know the Peel was in the audience.
I was so familiar hearing his voice coming out of the radio that having an actual conversation with him was actually quite surreal. 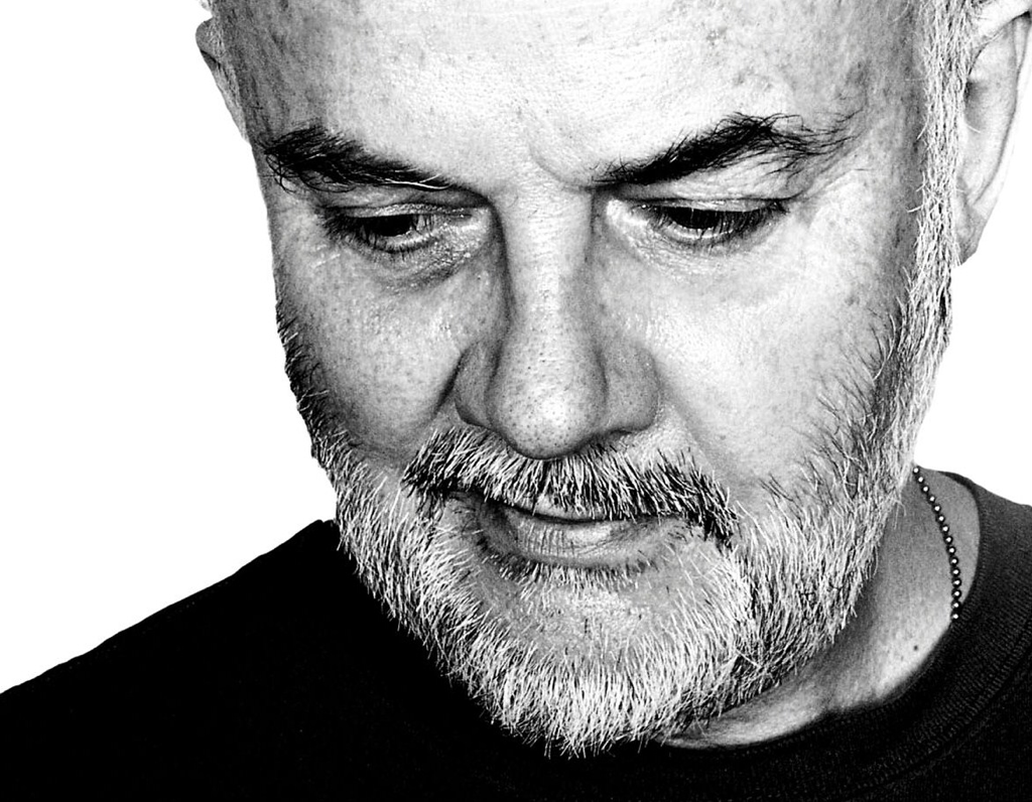 “The boy Gedge has written some of the best love songs of the rock’n’roll era – you may dispute this, but I’m right and you’re wrong.”
​Someone once asked Paul McCartney which song he would like to have written.. He allegedly said 'God Only Knows' mine would be 'Further North Than You' which I could loop play...what would you answer?

There are so many! Gigantic by The Pixies springs to mind just because it combines a beautiful lyric with a gorgeous melody. The fact that Steve Albini recorded it doesn't do it any harm, either.

Away from music David, I have a feature in Phacemag called 'books that changed your life', it doesn't have to be that drastic, just something that moved you? Anything spring to mind?

I was infatuated by ‘The Trial’ by Franz Kafka and ‘The Outsider’ by Albert Camus for many years! Typical sixth form books, I guess.

Finally, turning the tables David, busman's holiday, what's your favourite live performance to date, any genre. You can have a couple because I know it's a tough one. One from your youth would be good...

I’d always go out of my way to see My Bloody Valentine or Shellac play live.

From my youth I’d probably have to say some cabaret band at a Butlin’s holiday camp when I was a kid. Something about the noise and the lights fascinated me then and still does today!

That's brilliant David Gedge, and I'm so chuffed we finished on Butlin's. Thank you so so much and enjoy the rest of the tour! I might try and tap James up for a Ticket.. but i'll be there anyway x
ps/ i've put my guilty pleasure below because it's brilliant!
pauliepaul
I nearly forgot the 30th anniversary of The Georgie Best Album - gigs later in the year.
info behind David's pic above. Stuart might need a bigger wall...below 😉
share
​ 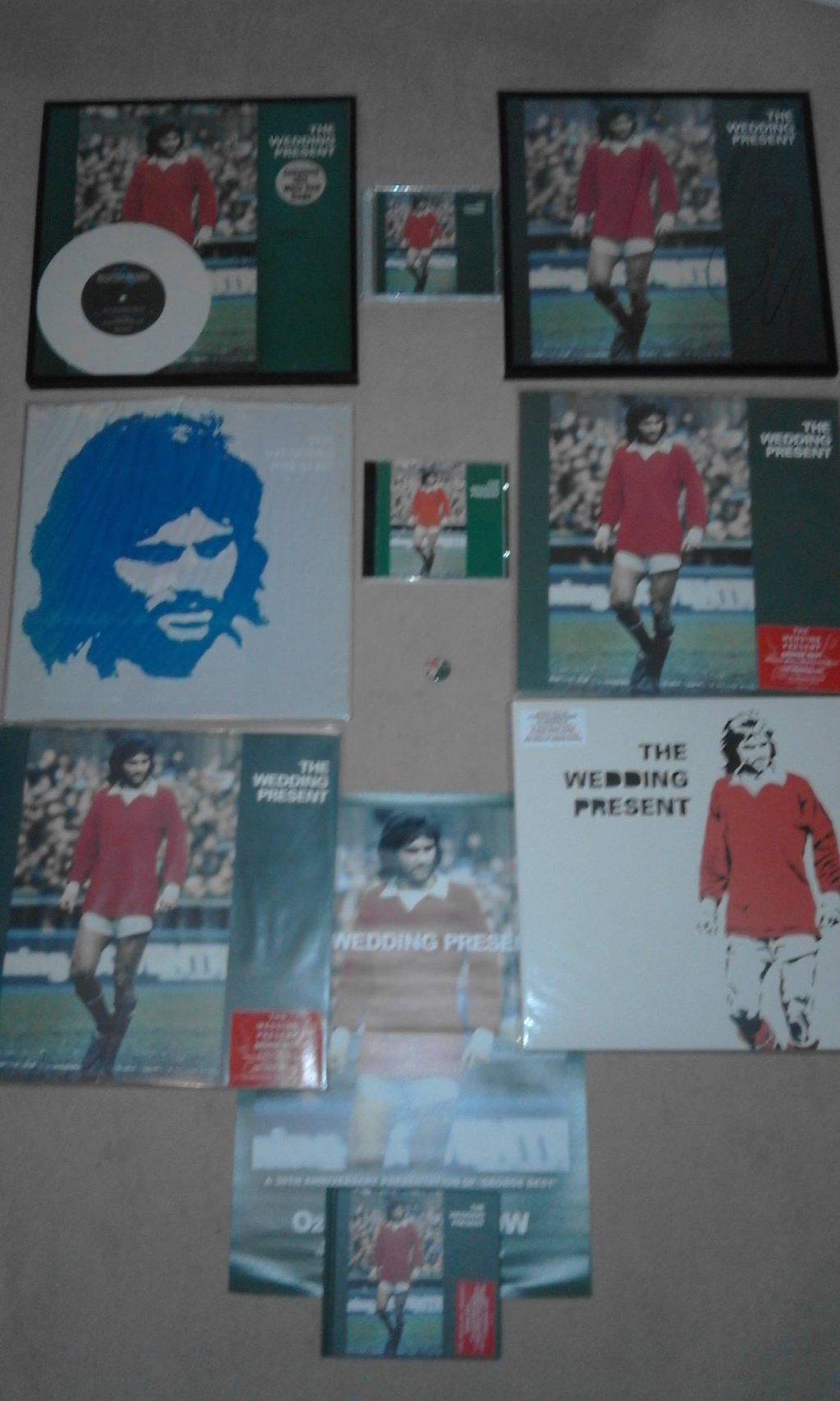