"Golden Brown, Strange Little Girl, Always The Sun, Peaches, No More Heroes, Nice & Sleazy.....sound familiar?
All big hits, all great songs, all written and sung by Hugh Cornwell, the songwriter behind The Stranglers.  He is the hitman and he’s back with a new album ‘Monster’ this Autumn on Sony Music.
Expect an opening set of prime solo songs, including picks from ‘Monster’, followed by a storming set of those iconic hits, sung and played by the man himself and his band.

'Just strap on your guitar and we’ll play some rock and rock'.   You can’t miss it.  The hitman is back!."

Firstly Hugh, can we talk about the forthcoming tour? Is touring something you can easily slip back into?

It’s preparation - like most things, if you’ve done the prep, then you’re prepared for it. I do a lot of rehearsing with the band so hopefully, by the time we get to the first date, it won’t all be a surprise!

Umm…..yes, there is, but it’s not a Stranglers song. It’s a very early solo record that I made called ‘Nosferatu’. There’s also an instrumental called ‘Mothra’ which is so difficult to play that I never ever get bored of playing it because you’ve got to be awake to get it right because it has all sorts of weird timings in it! It doesn’t matter whom I’m playing it with, we just love playing it because it’s just so weird – we’re gonna throw that one in the mix on this tour, too.

I’ve been listening to the album and I’m really enjoying it!
Production techniques have changed so much over the years did you get involved in the production on this album? Are you hands on with production?

Well I actually produced this album! I still work in a studio but it is digital now.
It’s amazing what you can do these days. I have a very good engineer and we’ve been working together for so long now that it’s got to the point where I can record something and he knows exactly what I like and what I want from it. So he’ll prepare it for me and I’ll say ‘Yeah, that’s great’, or ‘That’s almost there, can you just make it a little bit more like that…?’

The stand out track on the album for me, is ‘Mr Leather’. I’m a big Lou Reed fan and I love the way that not just lyrically, but in its style, it is very Lou Reed. Was that intentional?

Yes of course! I mean, if you’re gonna write a song about Lou Reed, it’s gotta sound a bit like him, hasn’t it? Well I think so anyway!

after note -
(it reminded me of a song off the album : Song for Drella - ('Style it Takes' - I mean in the way it felt to me when I first heard it) maybe because Lou Reed was singing about Andy Warhol & Hugh Cornwell was singing about Lou Reed...)
​
I read somewhere that you never actually met him? That you missed out on meeting with him?

Yes! That’s what the song’s about – it’s the story of us NOT meeting! (laughs)
We were supposed to meet, but both got sick at the same time. Then the ‘Big White’, a huge blizzard happened. It was such a shame because we had planned a night out together! I was SO looking forward to meeting him and I heard later that he had been very much looking forward to meeting me!

I really wish you had met that night..! 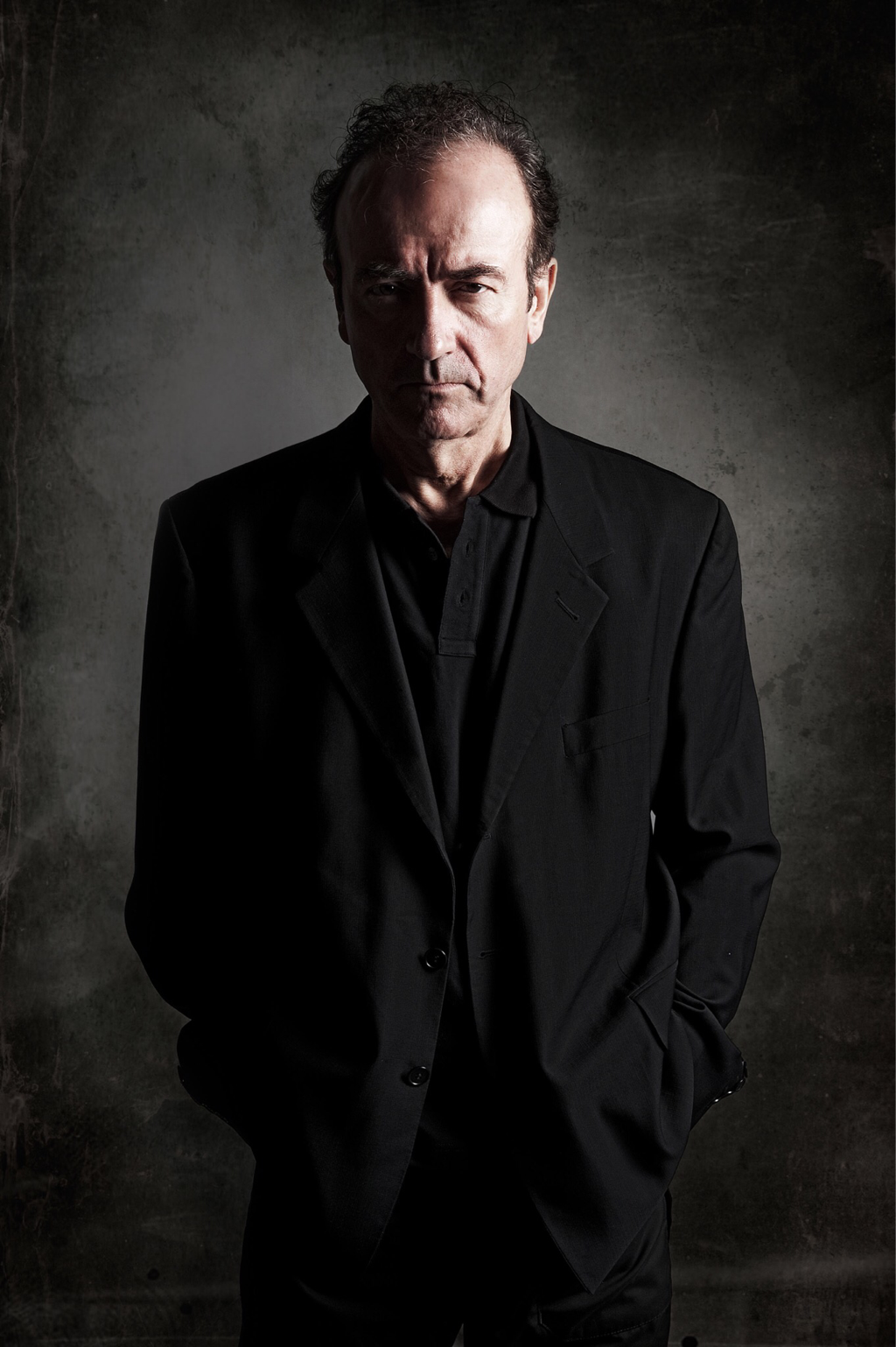 Thanks to Bertrand Fevre for the brilliant Photograghs in this article -Pic Link - Hugh Cornwell.com

Hugh, was music your first love? You have written many books, plus two novels to my knowledge. I have to say as a writer I am in awe of anyone that can write a novel or two, and yet music came first?

Well, music was more easily accessible for us kids. I always read a lot when I was younger – not so much now, but I read a lot - up until about the age of thirty five. I was really into fiction. When you read a book you have to find time to sit down and put the energy into reading it, but music is in the air. That’s why I think that music became the most important thing to me. You can be doing something else and you can hear something unintentionally.

I love the complexity of the characters in your book ‘Arnold Drive’ and Jamie Thornberry in ‘Window on the World’. Just briefly, how do you create those characters?

I think that when you are making up characters in a story, it’s natural as a starting point to reference people that you know, or maybe people that you knew years ago but don’t see anymore.
​
​I'd love to talk about your early music influences Hugh, what were you listening to when you were young?
​Did you listen to the music your parents listened to?

Well yeah – my dad used to put on Wally Whiteman’s country and western music show on a Saturday and would also listen to classical music. My brother was into jazz. We shared a bedroom together and he wouldn’t let me touch his records! So I found out about Mose Allison when I was around twelve years old. My other brother came back with Eddy Cochran records so I was getting bombarded with all this stuff. Then of course came The Stones, The Beatles and then Chuck Berry – WOW! Such great songs to listen to! They were all stories. Each one of his songs was like a neverland, they took you off to different places. So my musical education in those years was like a very rich fruit-cake with, you know, the odd cherry in it, raisins, sultanas… I was very fortunate, I think, to have been exposed to so many different kinds of music when I was a kid and unfortunately I’m paying the price for it now!

So, back to the single ‘Monster’ – when I first saw the title and listened to the song, I was transported straight back to ‘Jason and the Argonauts’ and those monsters created by Ray Harryhausen. Were you aware of him from a young age, or was it something you put together for the album because it fascinated you?

Of course his creations made an impact on my childhood and there was a great full length film documentary about him where all these legendary film makers like George Lucas, Steven Spielberg were saying that without Harryhausen they would never have made films – that he was the inspiration for them to make the films that they did. So when you hear people like that talking about somebody in that way, you think well, this guy must’ve been a giant, you know? You might not be aware of it, but in fact big budget action movies are now turning away from CGI and going back to stuntmen and real effects. The reason is that audiences are now so used to CGI that it is not effective anymore, so they’re shunning it and going back to the real thing, which is amazing really.

Well thank you so much for taking the time to chat to me, it’s been brilliant fun.

You can see all of Hugh's tour info below, as well as an album preview - this interview made me smile, thank's Hugh x
pauliepaul 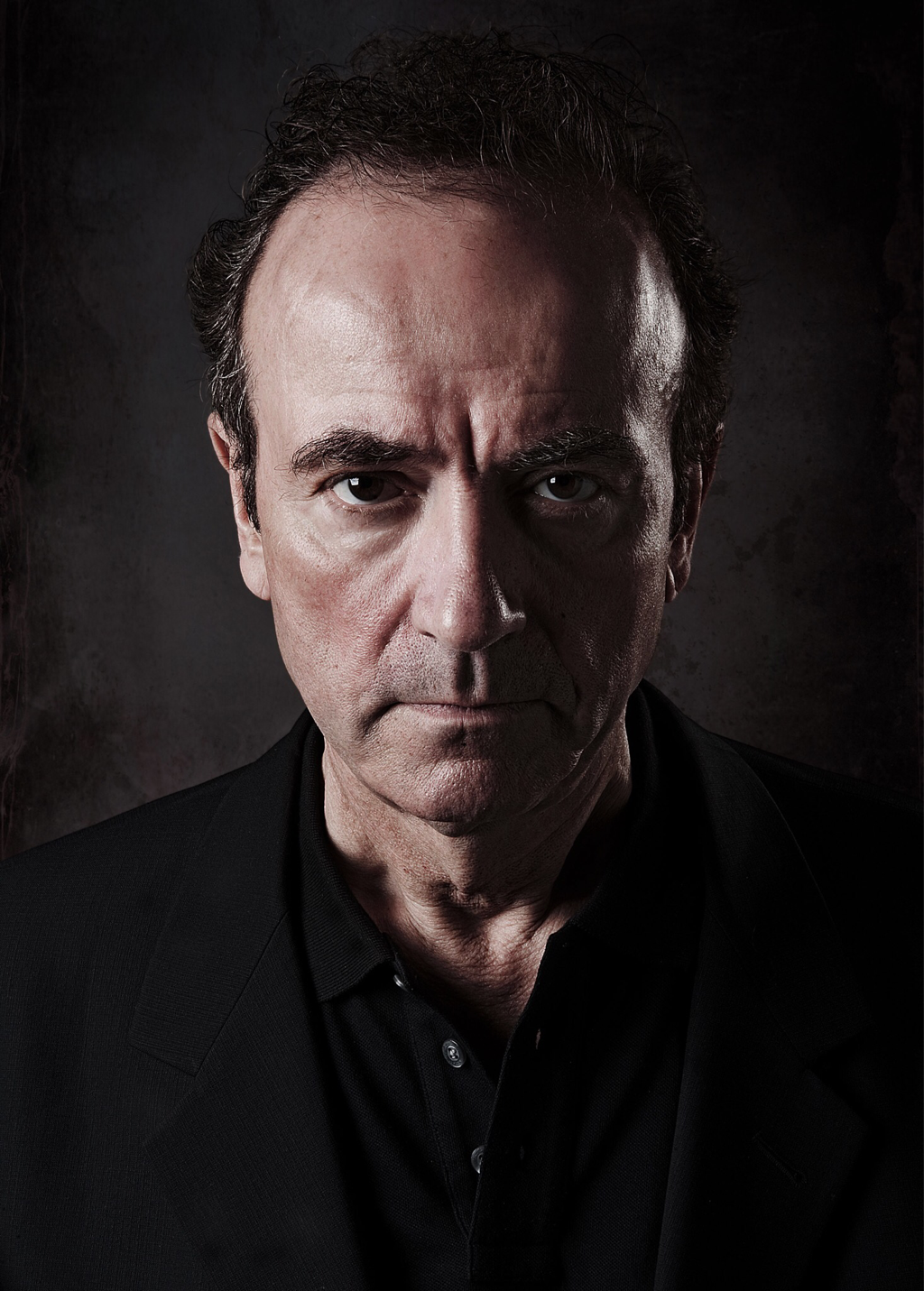