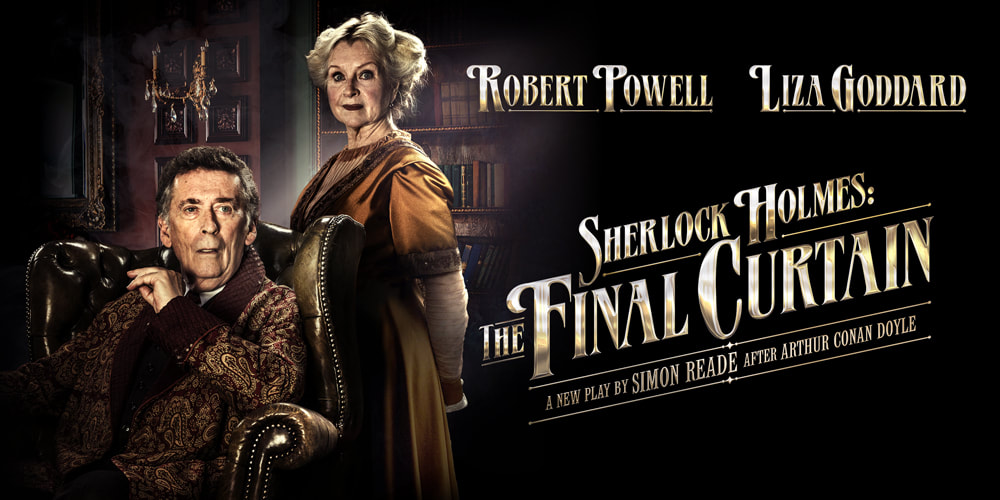 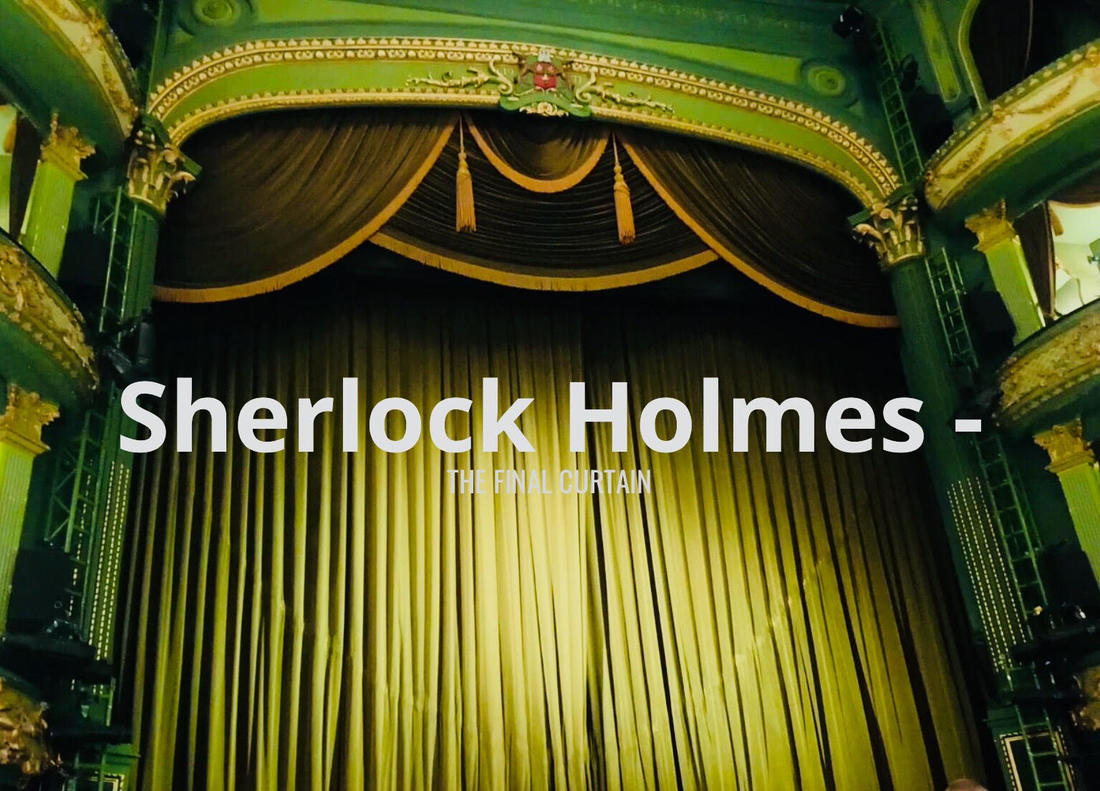 Mikey Cottle Reviews - Sherlock Holmes - The Final Curtain for Phacemag
​When something contains three of my favourite things: Nottingham, Theatre (in this case, Theatre Royal) and SHERLOCK HOLMES, it goes straight to the top of the *excitedly looking forward to* pile!
ROBERT POWELL and LIZA GODDARD star in the World Premiere production of ‘SHERLOCK HOLMES: THE FINAL CURTAIN’, directed by David Grindley.
This brand new thriller, ‘The Final Curtain’ embarks on a national tour which opens in Bath and reunites the dream team of Robert Powell and Liza Goddard, following huge acclaim for their performances in Alan Bennett’s ‘Single Spies’, Alan Ayckbourn’s ‘Relatively Speaking’ and Agatha Christie’s ‘Black Coffee’.
Robert Powell (who really needs no introduction) plays the world famous detective and Liza Goddard (likewise) plays Mary Watson.
“Sherlock Holmes lives in retirement on the South Coast. He keeps bees, occasionally casts his fly fishing rod and even plays his Stradivarius when the rheumatism allows. All too aware that he’s older and slower, he’s concerned that he might have lost his touch and paranoid that he is an easy target for his enemies – there have been so many over the years, some of whom play heavier on his mind; namely his arch nemesis, Moriarty. So when Mary Watson (Liza Goddard), wife of his former associate Dr John Watson, tracks him down to tell him she has seen her long-dead son, James, through the window of 221B Baker Street - apparently alive and well, Holmes is determined to solve the mystery and confront his own demons at the same time.”

Theatre Royal Nottingham Facebook Link
Sir Arthur Conan Doyle’s fictional private detective Sherlock Holmes first appeared in print in 1887 in A Study in Scarlet. His first screen appearance came in 1900 in the film Sherlock Holmes Baffled. Now, the Guinness Book of Records lists Sherlock Holmes as the most portrayed movie character in history with more than 70 actors playing the role in over 200 films, including my favourite Basil Rathbone, but also Jeremy Brett, Robert Downey Jr, Jonny Lee Miller and Sir Ian McKellen.
Robert Powell is in good company indeed, but no stranger to making powerful famous characters his own. John Buchan’s Richard Haney obviously springs to mind.
I have always maintained that watching a play unfold on stage is one of the purest remaining forms of art. This production looks wonderful and we are looking forward to seeing it on press night!
​If you haven’t been to the theatre for a while, this might be the one to see. The Theatre Royal Nottingham is a very special place and this world premiere production promises to be a very special event indeed!
​Look out for our review. We’ll try our best to relay it to you, but this is something you really should see for yourself!