Beautifully shot - look out for Toofaan Amazon Prime in May - Tim Sim
​What I would say, Is take a look at international drama, from companies like Excel, ROMP Pictures, mentioned below - we like this work - Tim Sim
​​Toofaan is produced by one of India’s most progressive film companies – Excel Entertainment - which created Amazon Prime’s first Indian original, the Emmy nominated Inside Edge, in association with ROMP Pictures.

Toofaan stars international icon, multi-award winning actor, music artist and UN Women Goodwill Ambassador Farhan Akhtar as a reformed goon who takes to the ring to channel his past life into the pursuit of a top boxing career. The film marks the latest high profile addition to a string of boxing content, following recent documentaries such as Bruno vs. Tyson on Sky and the ‘Lioness’ feature documentary on Nicola Adams. With stock rising following the spate of boxing-led drama’s and documentaries, Toofan has drummed up a huge amount of anticipation.

The film is directed by Rakeysh Omprakash Mehra (Baagh Milkha Bhaagh) with Story and Screenplay by Anjum Rajabali.
​ 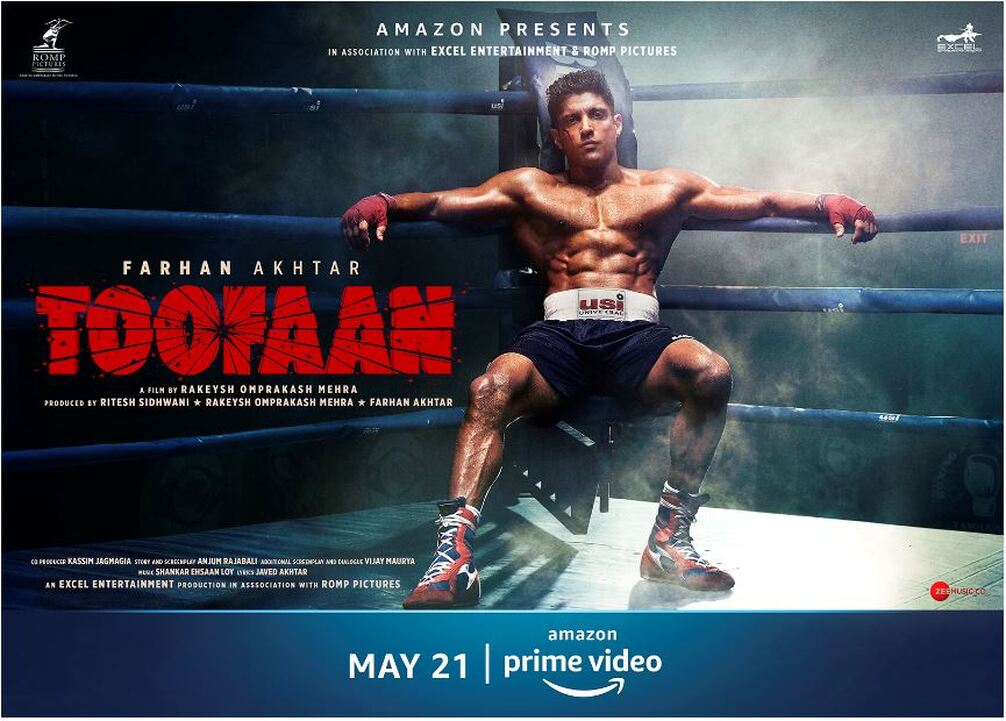