Photo Link - SHIIINE ON.com TICKETS - INFO - MORE
The 3 day indoor festival which takes place at Butlin’s Minehead Arena is a celebration of Indie and Dance Music from the sub cultures which brought together the masses in the 80’s, 90’s and beyond. All packages for the Weekender include 3 nights’ accommodation on site at the resort. 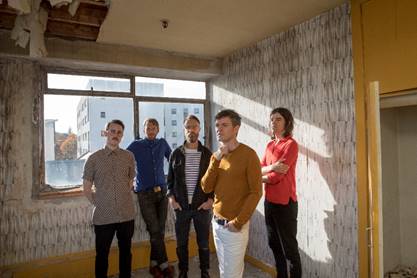 Link - Idlewild.com
Shiiine On are delighted to announce the latest acts to play the 2019 Weekender this November. The 3 day indoor festival which takes place at Butlin’s Minehead Arena is a celebration of Indie and Dance Music from the sub cultures which brought together the masses in the 80’s, 90’s and beyond.

All packages for the Weekender include 3 nights’ accommodation on site at the resort.

Leading the way are Scottish Indie cult hero’s Idlewild who play the Weekender on the back of the release of their 8th studio album ‘Interview Music’.
Famously described in their early days by the NME as sounding like ‘a flight of stairs falling down a flight of stairs’, Idlewild’s marriage of punk rock, poetry and Highland spirit saw them grow from a raucous cult curiosity into chart-bothering national treasures with their huge hits ‘You Held The World In Your Arms’, ‘Rosability’, ‘American English’ and ‘A Modern Way Of Letting Go’.
They will play the Main Stage Saturday alongside Embrace, Steve Mason and Turin Breaks.
​

"The Sunday line-up is amazing – a real who’s who of Midlands indie music, and it's a massive honour to be asked to play at Shiiine On, the biggest and best indie festival in the UK.” - DJ Andy (Menagerie Founder)

Legendary 90s indie night Menagerie has been announced as the latest act to appear at the Shiiine On weekender in Minehead - the UK's biggest celebration of pre-millennium indie music.
Menagerie, the Saturday night takeover at Birmingham's Hummingbird club, was regularly voted amongst the best clubs in the UK by readers of the NME in the early 90s, pulling in crowds of over 2500 at a time when indie was still decidedly non-mainstream.
Playing on purely on vinyl, Menagerie will be supporting some of the Midlands’ biggest indie acts including The Wonder Stuff, Neds and PWEI on the main stage on Sunday.
​ 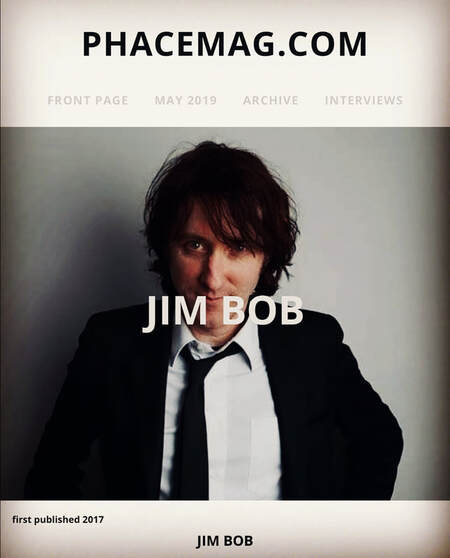 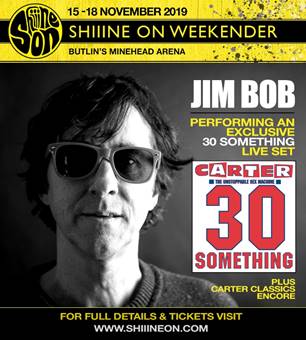 Also joining the bill is the one and only Jim Bob. Having recently played a sold out show at Shepherd’s Bush Empire, the Carter (USM) frontman will be performing an EXCLUSIVE ‘30 Something’ set followed by an encore of Carter classics. This is not one to miss…
​
There will also be a performance from Cold Water Swimmers, the new group formed by former Dub Sex andThe G-O-D front man Chris Bridgett. One of the finest up and coming bands in the country, Ivory Wave also join the bill following recent support slots with DMA’s whilst Babyshambles man Adam Ficek and up and coming Liverpool artiste Tracky are also confirmed.

Back by popular demand are The Clone Roses. Undoubtedly the best Stone Roses tribute band about, their electric live show is as good as the real thing.

Supergroup ShadowParty will also be heading to Minehead also. Boasting members of New Order, Devo, Marion and Bad Lieutenant in their ranks the band released their debut album in 2018 to critical acclaim 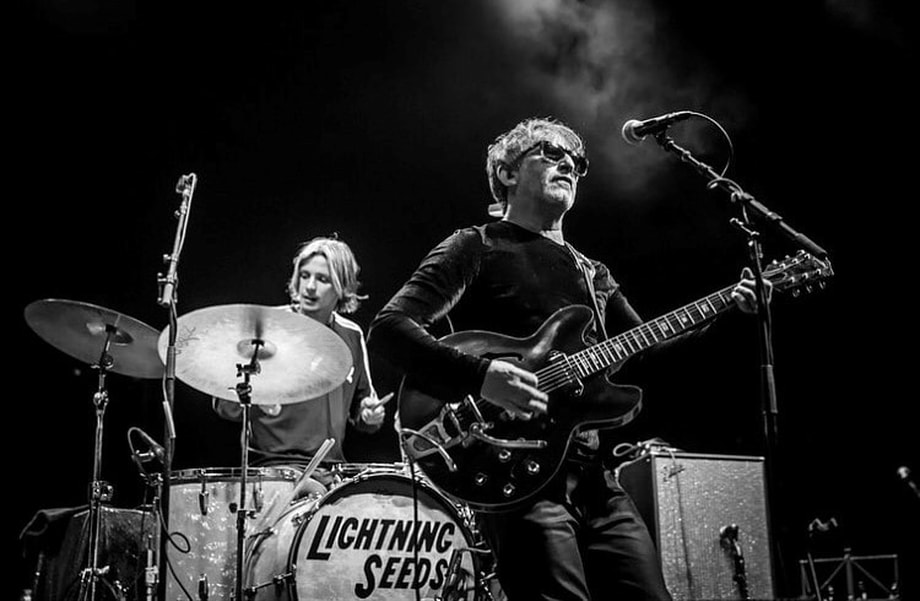 In a very special Sunday at the event there will be a never seen before festival line up of three of the Midland’s finest who shaped the musical spectrum in the late 80s. The Wonder Stuff, Ned’s Atomic Dustbin and Pop Will Eat Itself will play together with further support on the day from Jesus Jones and Jah Wobble.

Formed in 1987, Ned's Atomic Dustbin are best known for songs such as ‘Until You Find Out’, ‘Not Sleeping Around’, ‘Kill Your Television’ and ‘Grey Cell Green’.
The Black Country quintet quickly gathered a strong fanbase after being offered a support slot by local heroes The Wonder Stuff on their 1989 and 1990 UK tours.
They have released 13 full-length albums, four feature-length videos, and a legion of singles and EPs.
​ 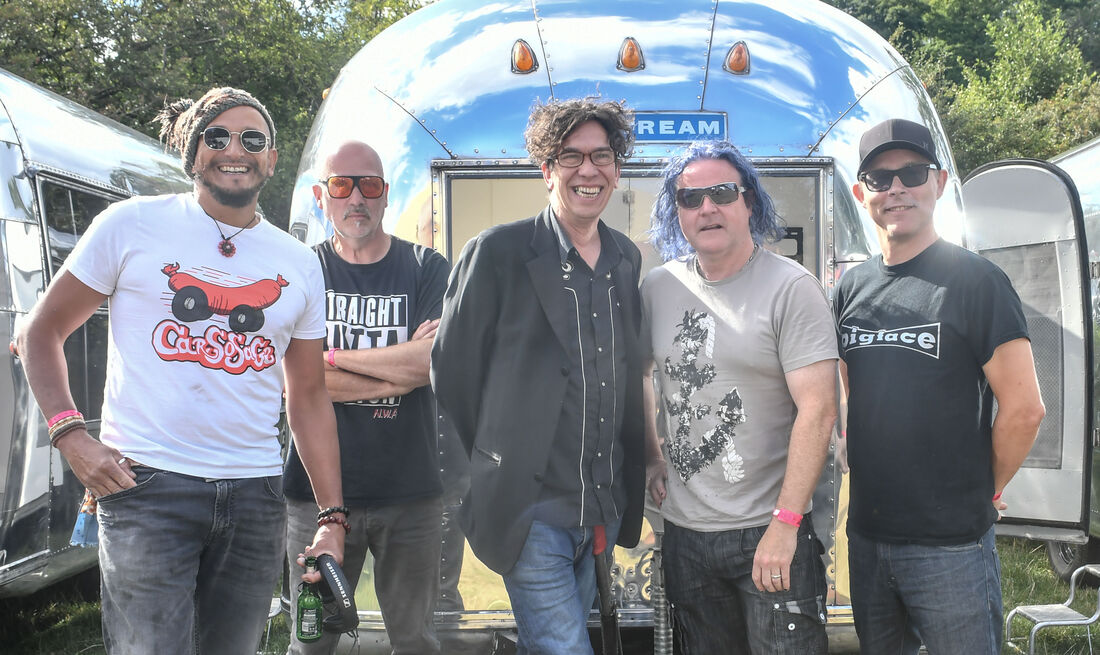 Photo Link - Pop Will Eat.com
Pop Will Eat Itself will also perform with original drummer Fuzz Townsend and other original members Graham Crabb, Adam Mole and Richard March. The group has just released a four CD career anthology, ‘Def Comms 86-18’, on Cherry Red Records. It features 75 tracks from all eight of the group’s albums.

Formed in 1986, The Wonder Stuff are best known for hit songs such as ‘Caught In My Shadow’, ‘Mission Drive’, ‘Don't Let Me Down Gently’, and ‘Size of a Cow’. The band split in 1994 before reforming in 2000 and releasing their first album in over a decade, ‘Escape from Rubbish Island’, in 2004. As well as touring as a solo performer, Miles Hunt has gone on to release a series of personal diaries. 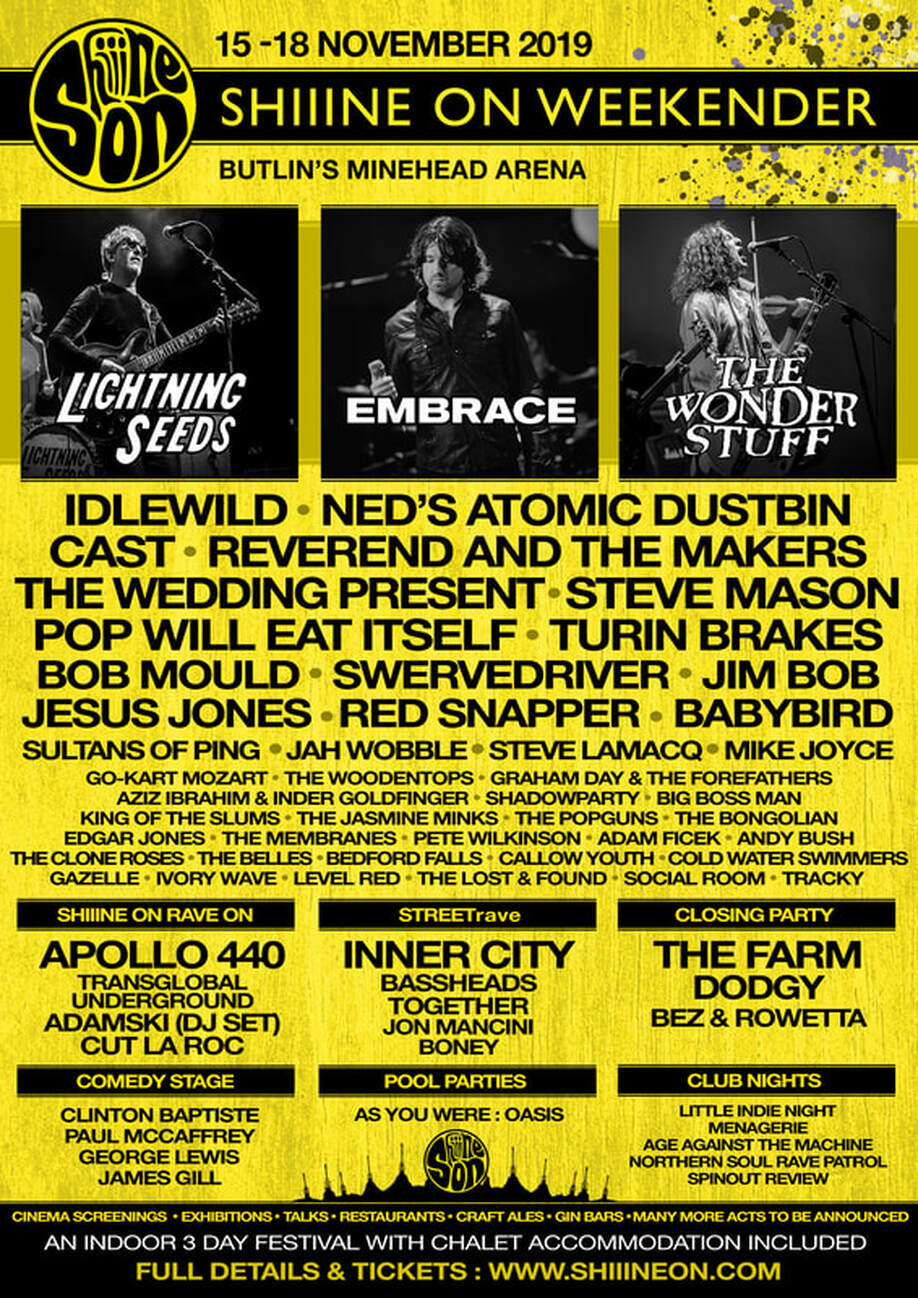 ​Can It Be True

Phacemag - Jah Wobble interview
The new acts join already announced Embrace, Lightening Seeds, Cast, Reverend & The Makers, Steve Mason, Inner City, The Farm, Swervedriver, Babybird, Sultans Of Ping and Jah Wobble.
Other acts announced today include the one and only Bob Mould. The Husker Du and Sugar frontman is responsible for influencing some of the biggest bands in history with likes of Kurt Cobain citing him as an influence.
Also joining the bill are The Wedding Present, million record sellers Turin Breaks and Indie Royalty, Dodgy.

The Dance stages at the Weekender this year are set to be epic. The legendary club night STREETrave are set to host the Saturday night Dance stage. Established in 1989, STREETrave hosted the original & best rave parties in Scotland.
Their room this year sees the legendary Inner City play live alongside other heavyweights and Bassheads and Together whilst there will be DJ sets from Jon Mancini and Boney.

The Friday night sees the return of Shiiine On: Rave On with Apollo 440 headlining. They will be joined by the one and only Adamski, Cut La Roc and Transglobal Underground.

Warp Records Red Snapper will be making their debut Shiiine On Performance. Hosting this years Indie Disco’s will be BBC Radio 6’s Steve Lamacq and The Smiths very own Mike Joyce.

Following their epic set on the Shiiine Minicruise, guitar legend Aziz Ibrahim and percussion maestro Inder Goldfinger head to the Weekender to perform their brilliant “Unfinished Monkey Business 2019” set. The set takes you on a journey, highlighting the unique South Asian musical expansion of the hit songs such as My Star, Corpses and Longsight M13.

It doesn’t stop there! One of the first ever signings to the legendary Creation Records, The Jasmine Minks make a rare live outing whilst Go-Kart Mozart led by the one and only Lawrence Hayward (Felt, Denim) also perform. Other cult bands heading to Minehead include The Popguns, King Of The Slums and The Woodentops.

In the mod room there will be performances by Graham Day & The Forefathers (Graham is the legendary vocalist, guitarist and songwriter for garage/psychedelic icons, The Prisoners) Big Boss Man and The Bongolian.

As ever Shiiine On continues to promote some of the bands of the future also. Make sure you check out the brilliant newcomers announced today Gazelle, Social Room, Level Red, The Lost & Found, The Belles and Callow Youth.

For the first time at the Weekender there will be a comedy stage. In an ideal way to shift the hangovers, there will be Sunday afternoon stand up performances from James Gill, George Wilson and Paul McCaffrey whilst the one and only Clinton Baptiste will perform…!
I’m getting the word……
With a whole host of new acts still in the pipeline to be announced this is lining up to be the best Shiiine On Weekender yet. Over the coming weeks we will be announcing more main stage acts, cinema screenings, pool parties, club nights and exhibitions amongst much more.