You know how to browse don't you? Just put your thumb down and push -
Lauren B 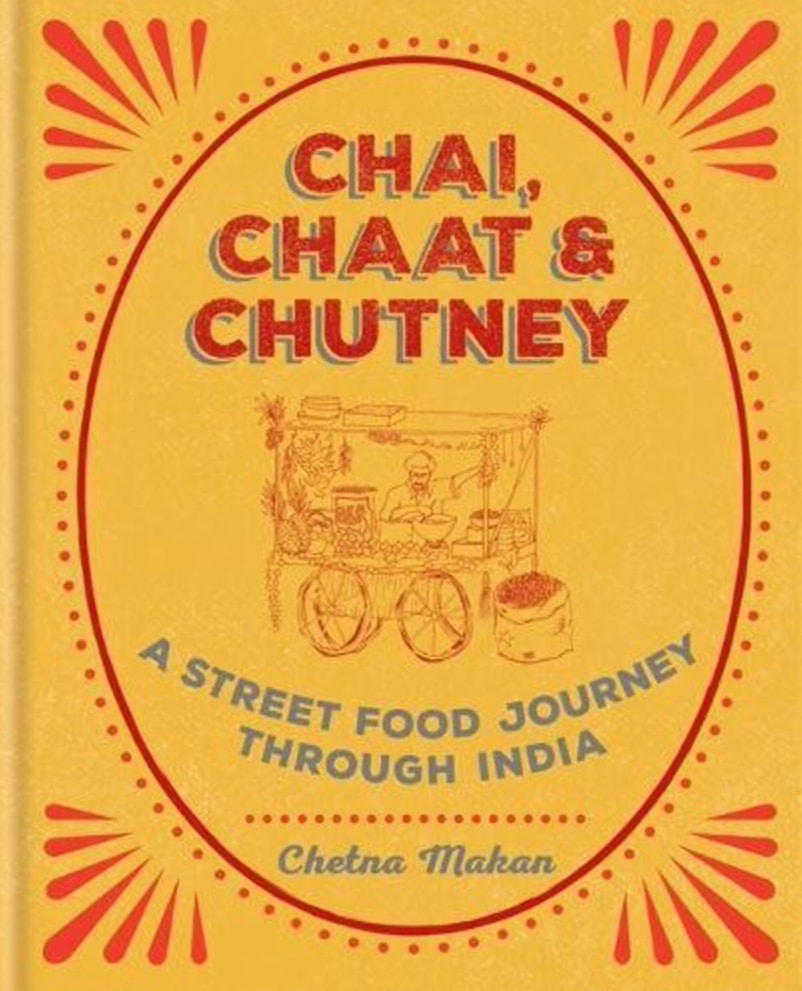 ​EVERY PICTURE TELLS A STORY

By this, we meant the fame, being the 'new kids of the moment'. Usually, this sort of celebrity doesn't last. Little did we know that 60 years later, we'd still be at it." Music lead O'Neill to Hollywood and working with stars resulted not only in to memorable moments but long-lasting friendships. He travelled with Frank Sinatra. Took Raquel Welch to the beach. Went in the ring with Ali. Put The Who in a cage......
By the time you get to here you will realise why you want this book! - pauliepaul x

​THE WAY IT WAS - MY LIFE WITH FRANK SINATRA

"By the time Weisman met Sinatra in 1976, he was already the Voice, a man who held sway over popular music and pop culture for forty years, who had risen to the greatest heights of fame and plumbed the depths of failure, all the while surviving with the trademark swagger that women pined for and men wanted to emulate. Passionate and generous on his best days, sullen and unpredictable on his worst, Sinatra invited Weisman into his inner circle, an honor that the budding celebrity manager never took for granted. Even when he was caught up in a legal net designed to snare Sinatra, Weisman went to prison rather than being coerced into telling prosecutors what they wanted to hear. ..."
I have been a Sinatra fan since I was a small boy old enough to hear my Dad sing. When I was older my Uncle Pete would also play Sinatra on his Baby Grand piano as I nailed 'My Way' in my own way...
On May 27th 1992 Dinner suited and booted, accompanied by my wife at the time, (Esther)  my best friend still (John P) and his wife (Jackie) I walked into the Royal Albert Hall to listen the Old Blue Eyes himself. WOW! What a memory.
​I've put a reminder below, he is the best! -
pauliepaul x

In this ground-breaking book, Piu Eatwell reveals compelling forensic and eye witness evidence for the first time, which finally points to the identity of the murderer. The case was immortalised in James Ellroy's famous novel based on the case, in Kenneth Anger's Hollywood Babylon and Brian de Palma's movie The Black Dahlia.
This is a dark tale of sex, manipulation, obsession, psychopathy and one of the biggest police cover ups in history. 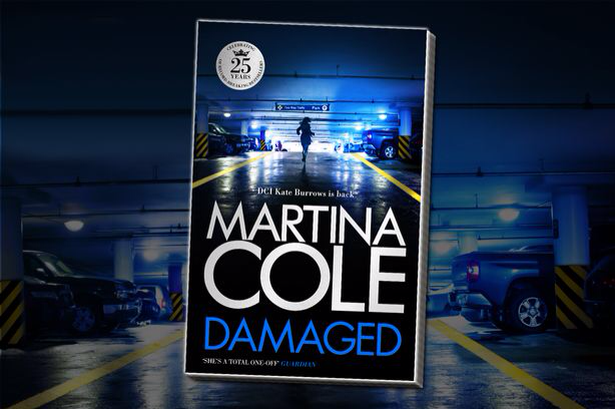 "When the bodies of missing schoolgirls start turning up, former DCI Kate Burrows is dragged out of retirement.
A new Grantley serial killer is in town and DCI Annie Carr turns to Kate for help. She welcomes the distraction from her home life with former gangster, Patrick Kelly, whose long lost son has turned up out of the blue, bringing trouble with him.
It soon becomes clear the killer is on their doorstep and as the body count grows, Kate and Annie face a race against the clock.
But they have no real leads ... and there's more to these murders than meets the eye. Can Kate take the killer down before another schoolgirl dies?"

Direct Traveller - Save up to 70% on holidays

However, for Amy it's enough to send her - along with her extended family of gossips, misfits and troublemakers - teetering over the edge.
For a lot can happen in six-months. When Hugh returns, if he returns, will he be the same man she married? Will Amy be the same woman?
Because if Hugh is on a break from their marriage, then so is she.."
Great new novel from Ireland's favourite author, this time the character's jump out of the book, a great story of a Women looking life in the eye. I liked this.
Fran Suzi x

​POP STARS IN MY PANTRY 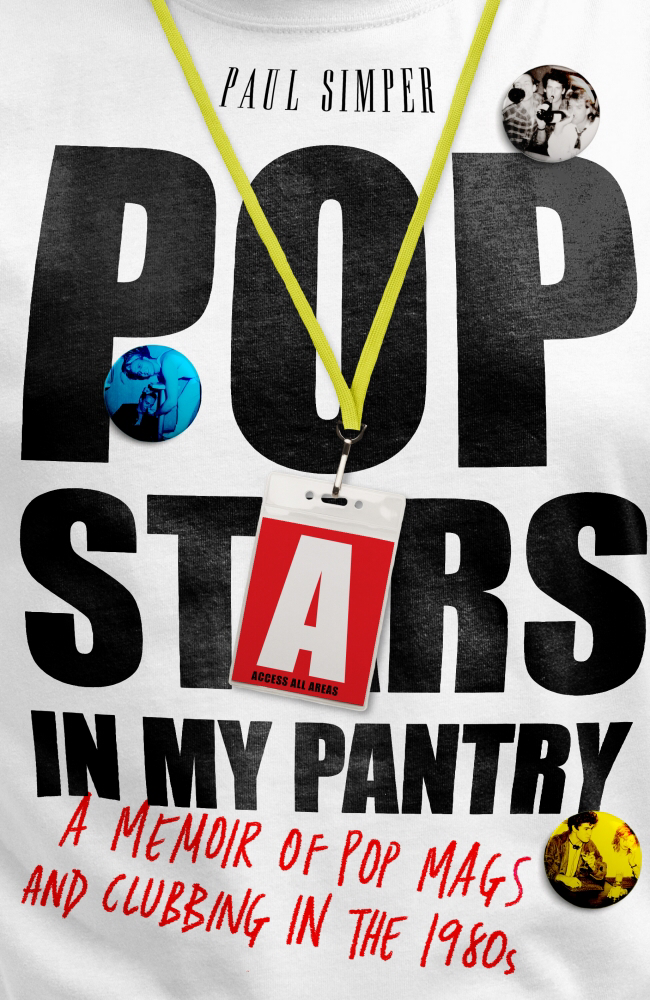 Paul was friends with Spandau, George Micheal, Sade... he also worked for 'Number One' magazine amongst others which gave him a fantastic insight into the scene.
This is a positive honest account and shows the excess as well as the creativity.
Great Read! - Tim S 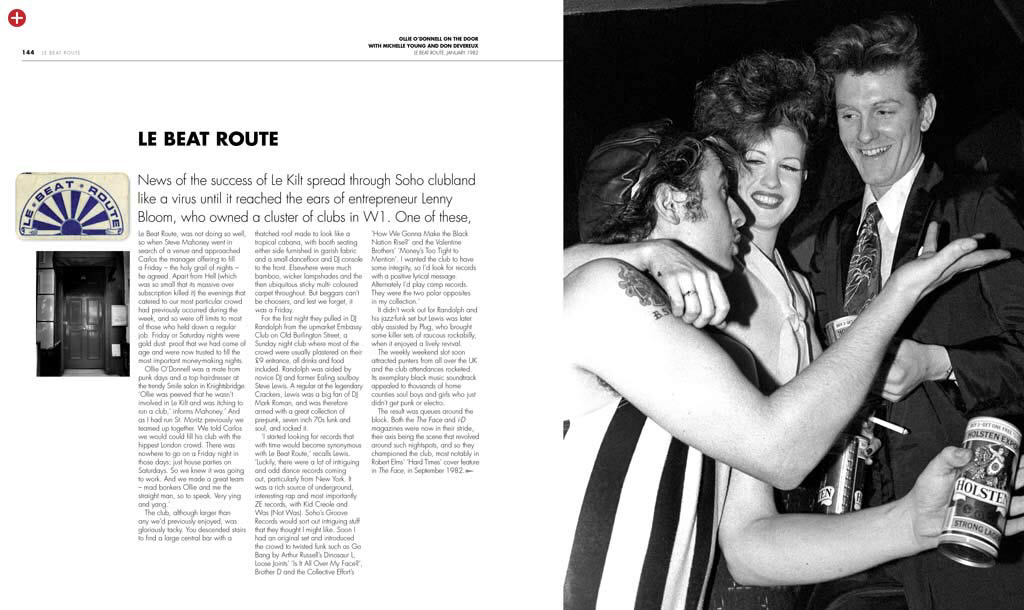 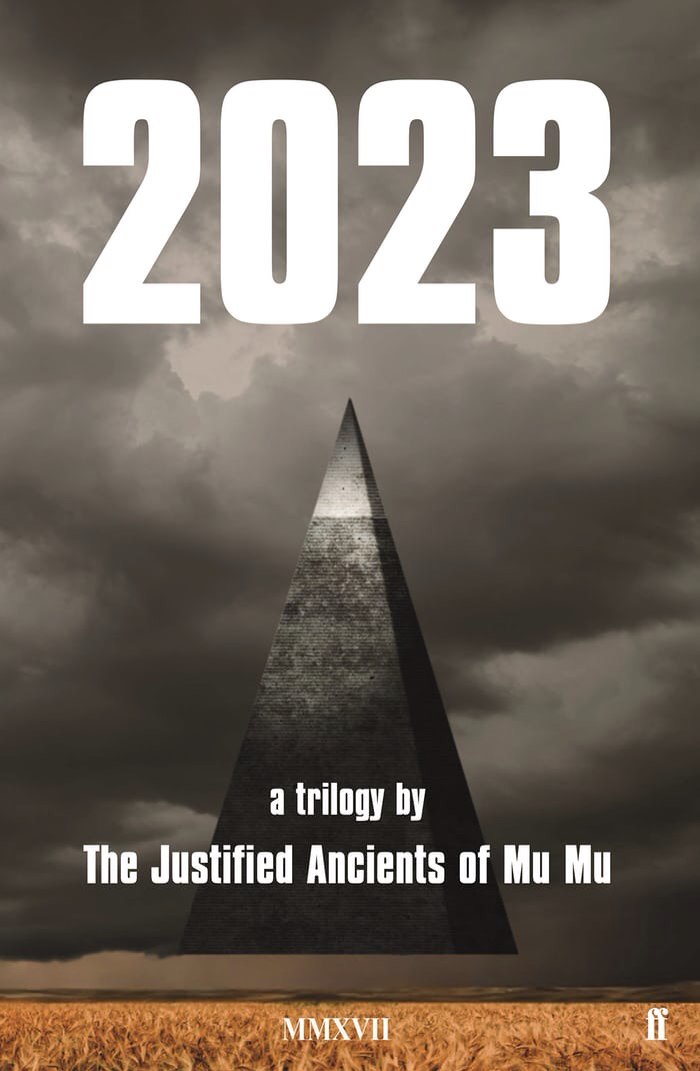 I left mine on a shelf in a hotel room - anyone? pp
Phace - Best Sellers 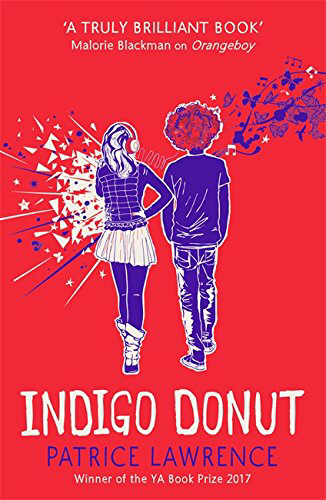 When Indigo and Bailey meet at sixth form, serious sparks fly. But when Bailey becomes the target of a homeless man who seems to know more about Indigo than is normal, Bailey is forced to make a choice he should never have to make.
A life-affirming story about falling in love and everyone's need to belong. 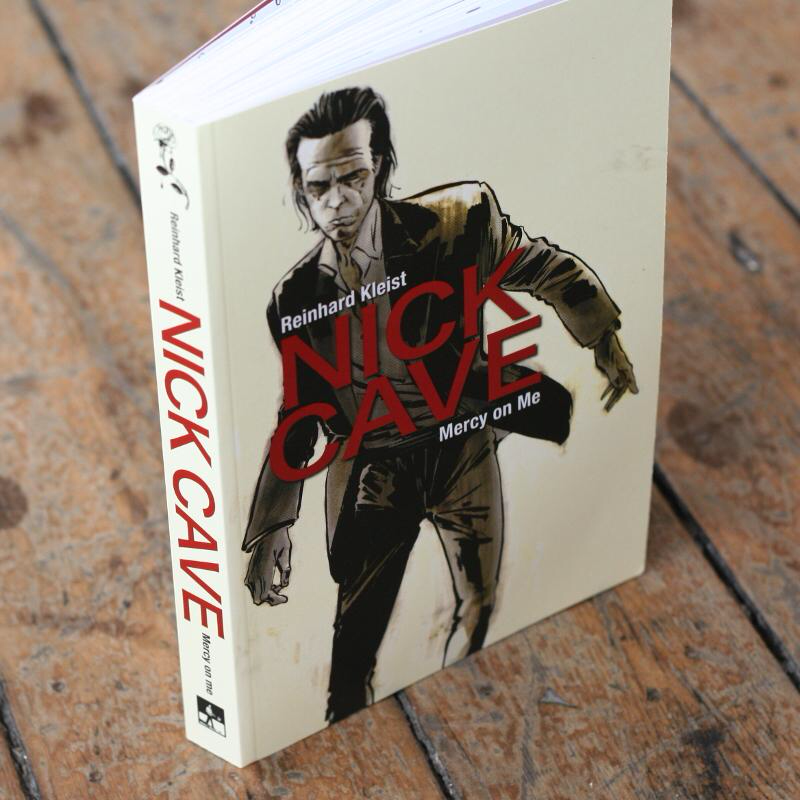 "Reinhard Kleist, master graphic novelist and myth-maker has - yet again - blown apart the conventions of the graphic novel by concocting a terrifying conflation of Cave songs, biographical half-truths and complete fabulations and creating a complex, chilling and completely bizarre journey into Cave World. Closer to the truth than any biography, that's for sure! But for the record, I never killed Elisa Day." -- Nick Cave 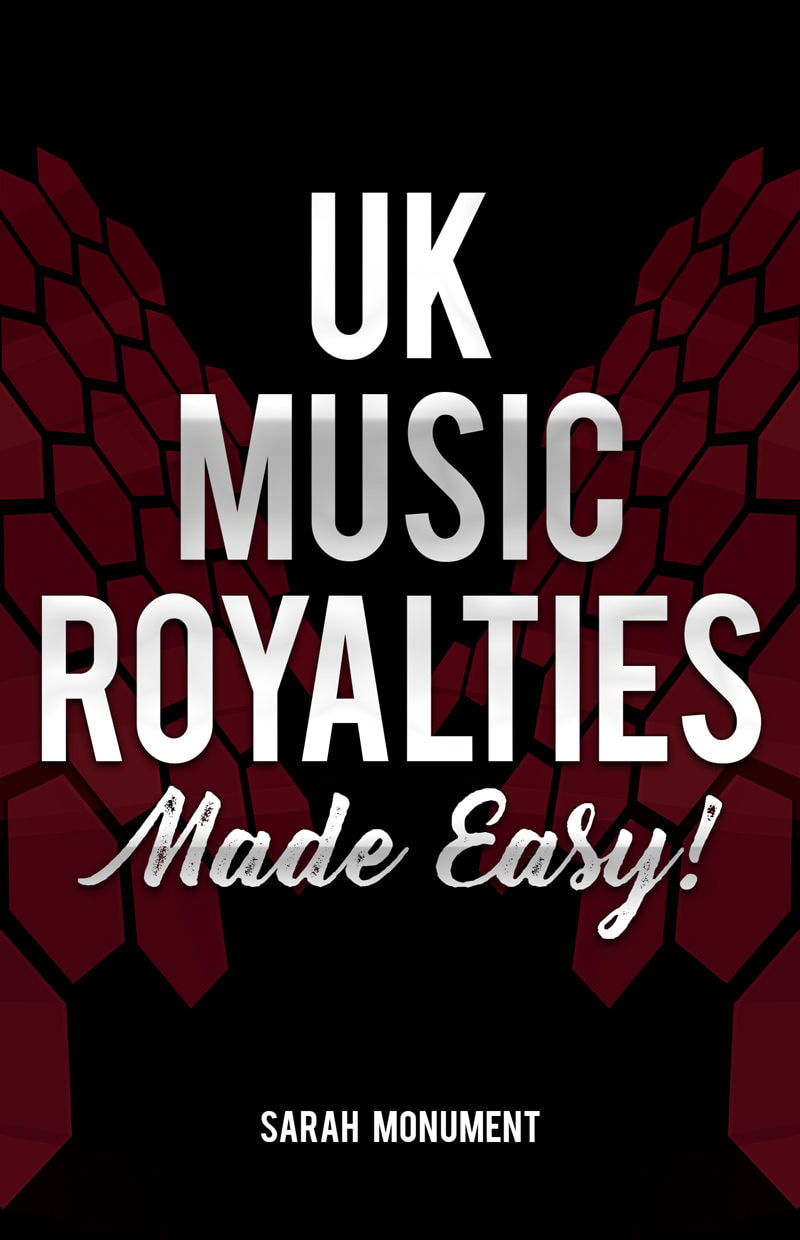 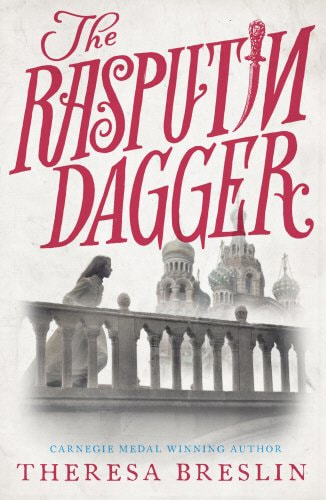 RUSSIA 1917
But soon Nina is drawn in to the glamorous, lavish lives of the Russian royal family – where she begins to fall under the spell of their mysterious monk, Grigory Rasputin. The ruby-studded dagger he carries – beautiful and deadly – could save her and Stefan from a cursed life

I THOUGHT THERE WOULD BE CAKE

Daniel is heading north. He is looking for someone. The simplicity of his early life with Daddy and Cathy has turned sour and fearful. They lived apart in the house that Daddy built for them with his bare hands. They foraged and hunted. When they were younger, Daniel and Cathy had gone to school. But they were not like the other children then, and they were even less like them now. Sometimes Daddy disappeared, and would return with a rage in his eyes. But when he was at home he was at peace. He told them that the little copse in Elmet was theirs alone. But that wasn't true. Local men, greedy and watchful, began to circle like vultures. All the while, the terrible violence in Daddy grew.
Atmospheric and unsettling, Elmet is a lyrical commentary on contemporary society and one family's precarious place in it, as well as an exploration of how deep the bond between father and child can go.

"On meeting Micajah Burnett, the son of an old school friend, Eve Armanton is faced with a choice. Years of a miserable marriage means she’s as broken as the beautiful antique violin she’s just found, and Micajah offers a spark of life, an opportunity to reawaken her sense.
If Eve takes a leap into this new world, she’ll be leaving behind her old self for good. Her happiness depends on forging a new life, but at the end of her journey who will Eve have become?" 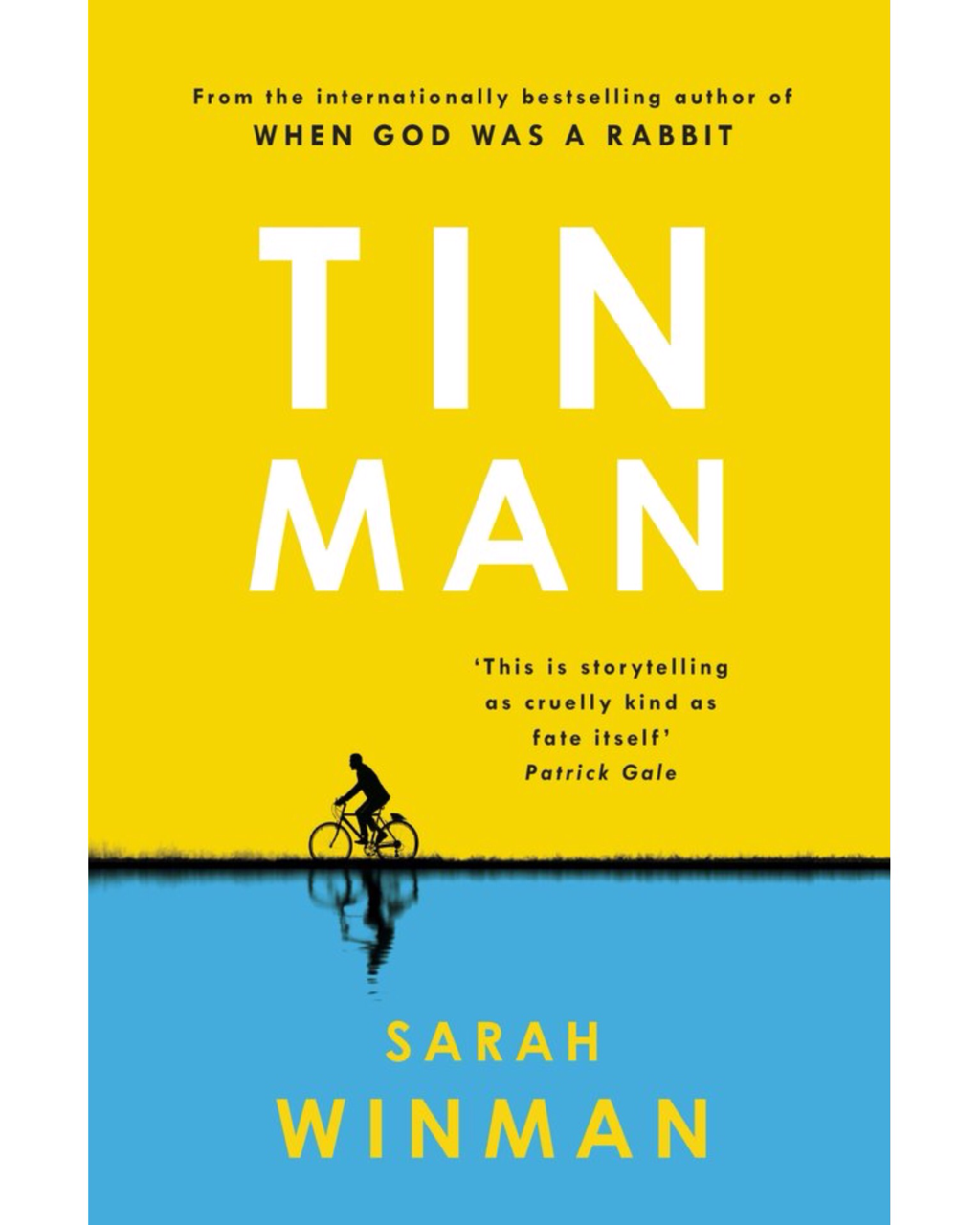 And then there are two boys, Ellis and Michael, who are inseparable. And the boys become men, and then Annie walks into their lives, and it changes nothing and everything.

Tin Man sees Sarah Winman follow the acclaimed success of When God Was A Rabbit and A Year Of Marvellous Ways with a love letter to human kindness and friendship, loss and living.

"This is an astoundingly beautiful book. It drips with tenderness. It breaks your heart and warms it all at once" (Matt Haig)

"This book is why I read" (Nina Pottell, Prima)

"I didn't think a perfect book could exist, I was wrong" (Simon Savidge)

"It's exquisite. There are stories you just feel privileged to read. Sarah's writing breaks you and heals you, all in the same moment, and I haven't been so moved, and so in love with a book and its characters in a very long time" (Joanna Cannon, author of The Trouble with Goats and Sheep) 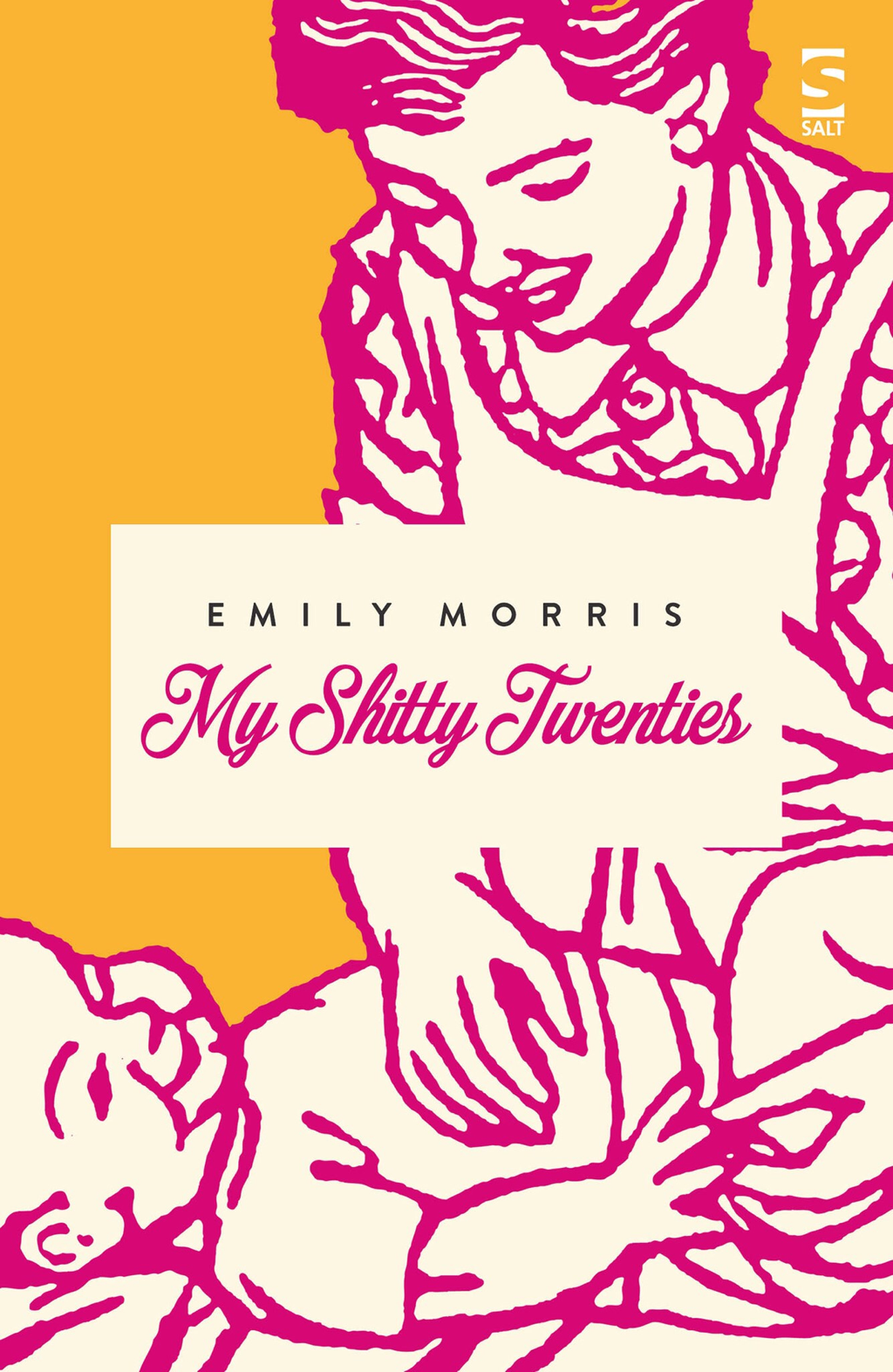 Well new to us, it was out in May. We've just found it. I've reprinted their words. Looks interesting. 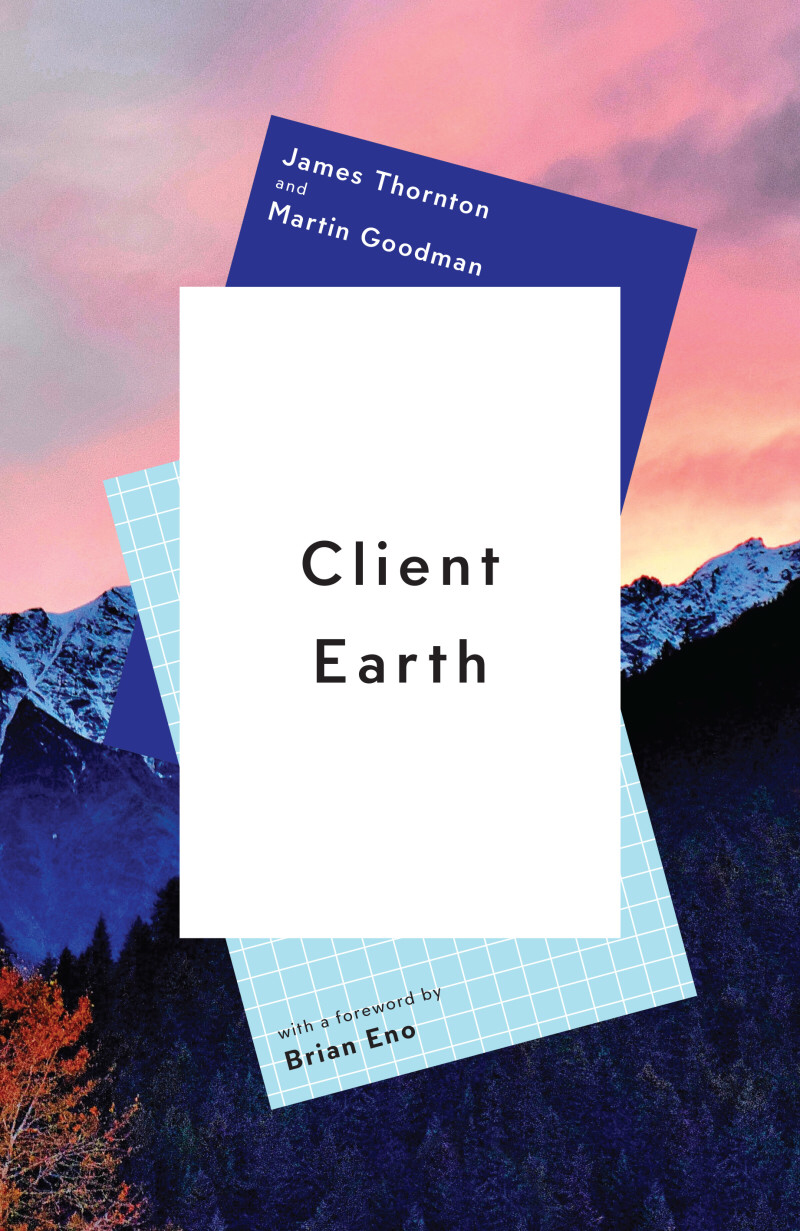 "Client Earth – the book – took four years to write and has already received extremely positive reviews, including in ‘Nature’ which says the book provides an “an unusual and much-needed inside view of the development of environmental enforcement litigation, and its broader implications.”
The book has also been described by the environmentalist Sir Jonathon Porritt as “inspirational.”
Porritt writes: “The story of ClientEarth – and of its charismatic founder, James Thornton – is truly inspirational. His only client is our battered, abused planet, and his favoured arsenal is the rule of law in defense of public interest. The hard-fought victories that you’ll hear about are all important, but more important still are the vision, values and gritty dedication of an amazing group of lawyers and campaigners to whom we owe a very great deal.” 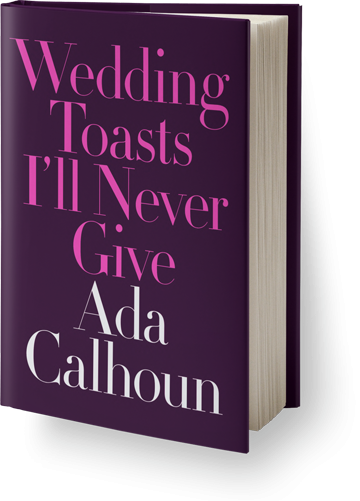 According to Laurie Penny "it's Toxic Masculinity that's Killing the World....."
As a Man I think (Know) she has a point. pp 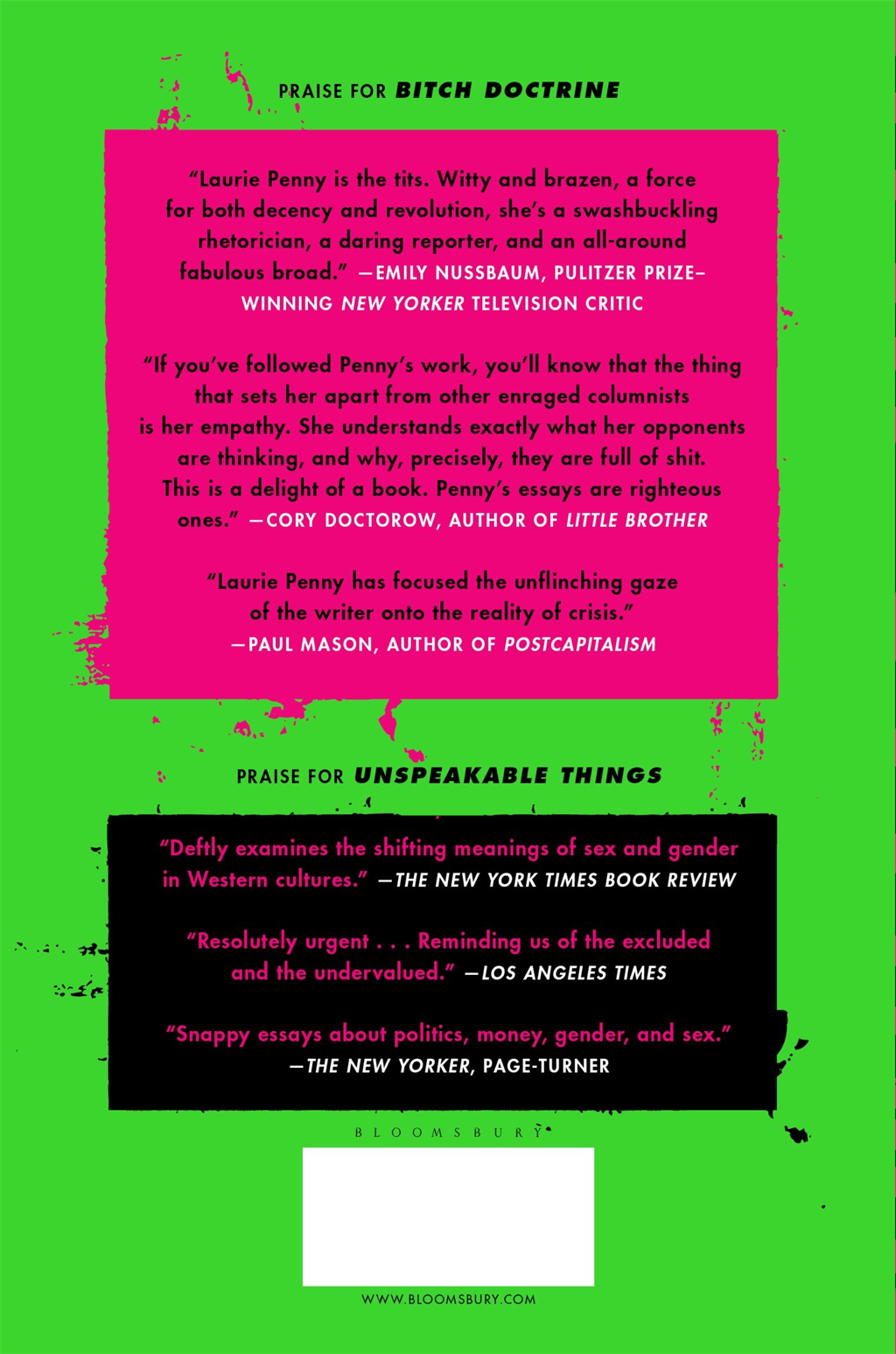 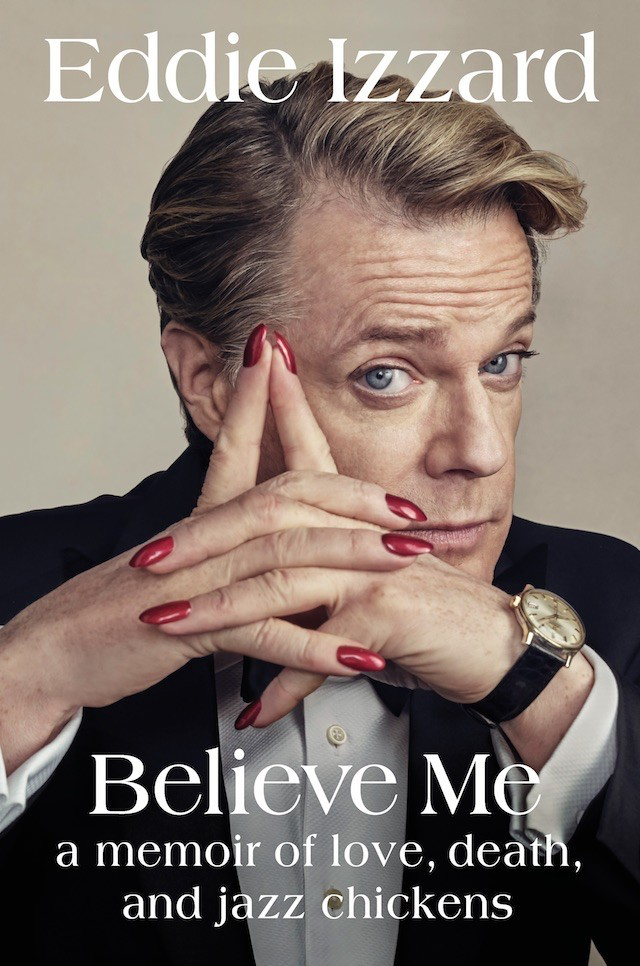 A great opportunity to hear Eddie reading his book on radio 4 book of the week. this is a link...do it x
Chain Reaction Radio 4 - Frank Skinner & Eddie Izzard x
Fran Suzi x

John McEnroe was one of the greatest tennis players of his era. His speed of return was legendary. He was a pioneer/master of the serve and volley game.
He was also one of the ..shall we say more colourful characters.

His antics on court are now infamous. Almost certainly a part of Wimbledon folk law.

Here he describes how he began to fill his life after tennis. Making peace with the tennis powers that be....to become, amongst other things.........(the demand for his appearence on American TV was massive)

A standout respected pundit, and authority on the game. 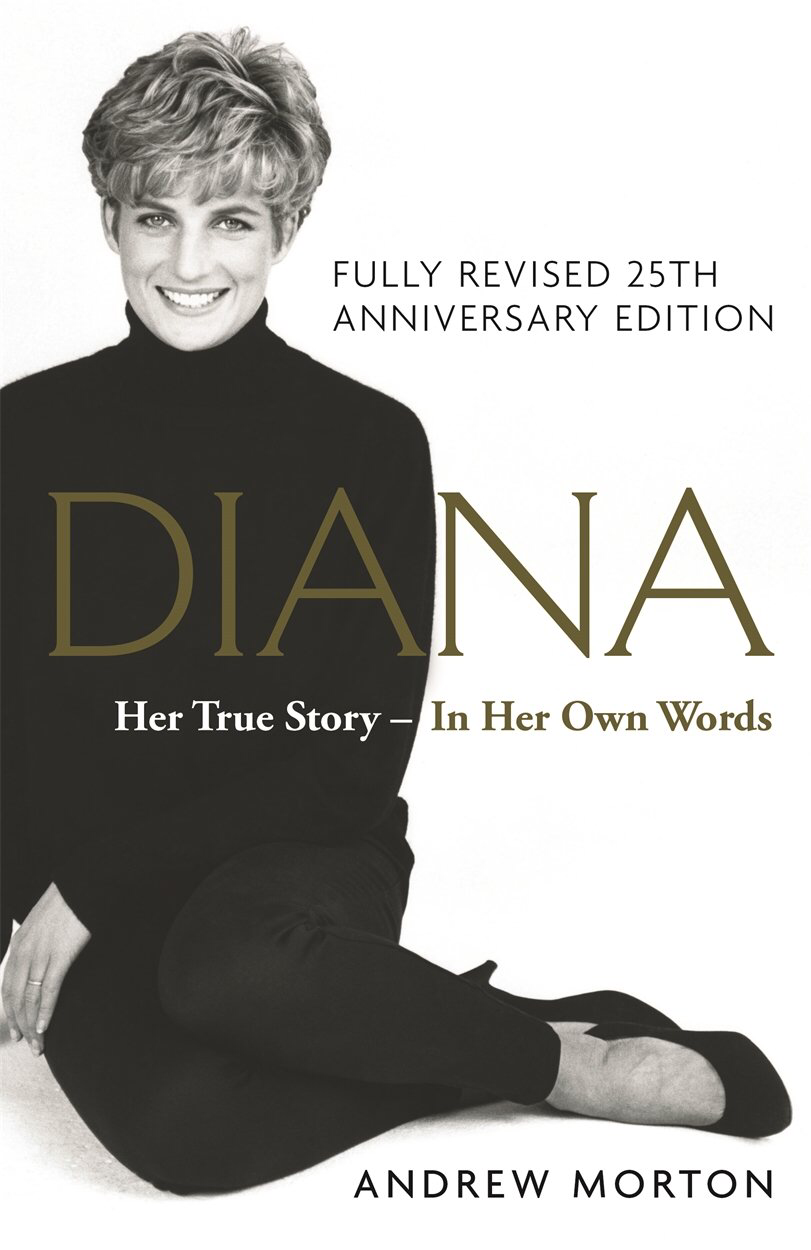 I'm in two minds about the book, but it is certainly a timely reminder of the life of Diana. (Could we forget...) And the ripple her death sent around the world. 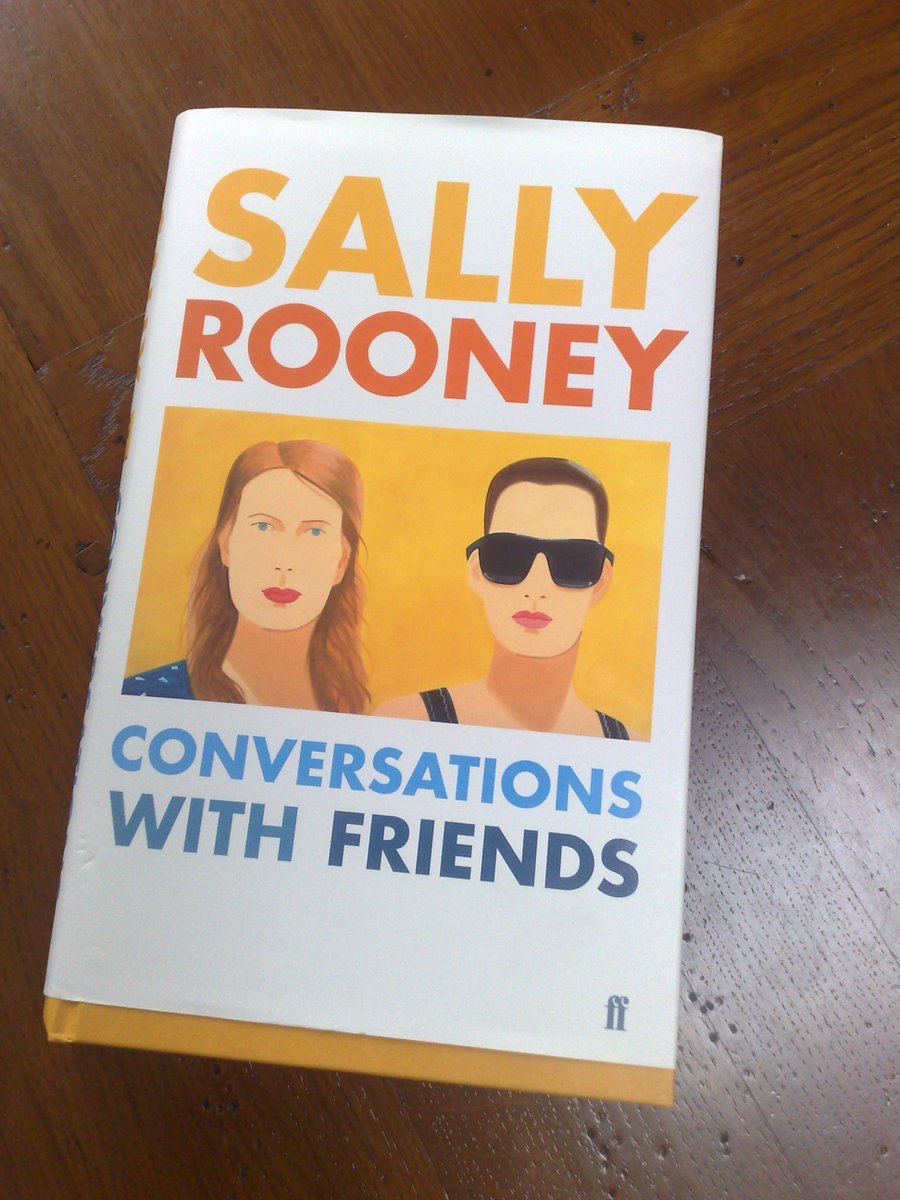 Sally Rooney was born in the west of Ireland in 1991. She studied English at Trinity College, Dublin, and her writing has been featured in The Dublin Review, The Stinging Fly, and Granta.