​Dave Hemingway (House Martins and founder member of The Beautiful South) has announced that his new band Sunbirds will release their debut album ‘Cool To Be Kind’ on Friday 27th November 2020, on the independent label Nectar Records.

Having retired from the live scene at the back end of 2016, Dave has been keeping busy with guitarist, songwriter and collaborator Phil Barton, with Cool To Be Kind signalling the arrival of the new band, new songs and a new sound.

The music Sunbirds make takes on board all of the bands and artists Dave and Phil have loved over the years. It chiefly blends the musical instruments of rural America with an occasional twist of grungy guitars and sets them against lyrics that remain very much at home in the towns and cities of England.  “Although a lot of the songs have a Country feel.” says Dave. “They’re still about life in England. You’re going to feel a bit daft singing about pick-up trucks and low down honky-tonks when you live in Yorkshire.”

Produced by cult producer Teo Miller, who was responsible for Daisy Chainsaw’s breakthrough single ‘Love Your Money’ and subsequently worked with The Pretenders, Placebo and Robert Plant, the album captures truthful, open-hearted, funny and sometimes painfully honest songs, turning the page to a new chapter for Dave Hemingway and The Beautiful South story.

The formation of Sunbirds also sees the introduction of new discovery Laura Wilcockson on vocals and violin. Laura comes from a classical/orchestral, as well as folk background. If you’re lucky, you might spot her busking around Mansfield. Completing the line-up is legendary UK session drummer, Marc Parnell, who has toured with Joan Armatrading, The Blockheads and Jethro Tull to name but three.  Marc can be heard on recordings by Girls Aloud, Pet Shop Boys and Gabriella Cilmi's hit single ‘Sweet About Me’.

Cool To Be Kind is the result of a few transitional years in Dave and Phil’s individual personal worlds. It tells tales that cover contemporary themes as well as age-old matters of the heart and soul - all viewed through the bottom of a recently drained pint glass.  “There’s no exact science here,” says Phil. “We’re just enjoying ourselves and expressing whatever we want, whether it’s about love, greed, social isolation or Gary Lineker’s crisp adverts”.
​
Sunbirds · Cool To Be Kind Showreel

Some of you will know him from The Housemartins, others from The Beautiful South. And there are some of you who will get to know him from SUNBIRDS, Dave Hemingway’s newest and boldest outfit. He’s never shied away from a challenge, and the prospect of releasing a debut amidst the ongoing pandemic is one Hemingway and SUNBIRDS have gladly taken on. With it’s rollicking beat, pounding riff and laconic, louche story, lead single “Meet You On The Northside” offers a tasty snippet into an album listeners can purchase this coming November. Based on the song-as well as the chat I had with the singer/songwriter, (Below) it's more than worth your time, taste and money.

This album, we've got some country and western influence, and there are  nods to American music, but the lyrics are steeped in England. It would sound a bit odd if we were singing about American stuff.

I like the driving guitars on the tracks I've heard. Did you consciously set out to record a guitar-centric album?

Oh, thanks. I wouldn't necessarily call it a guitar album; might just be the tracks you've heard. I think there's a lot going on in the album: some Country, some New Wave. 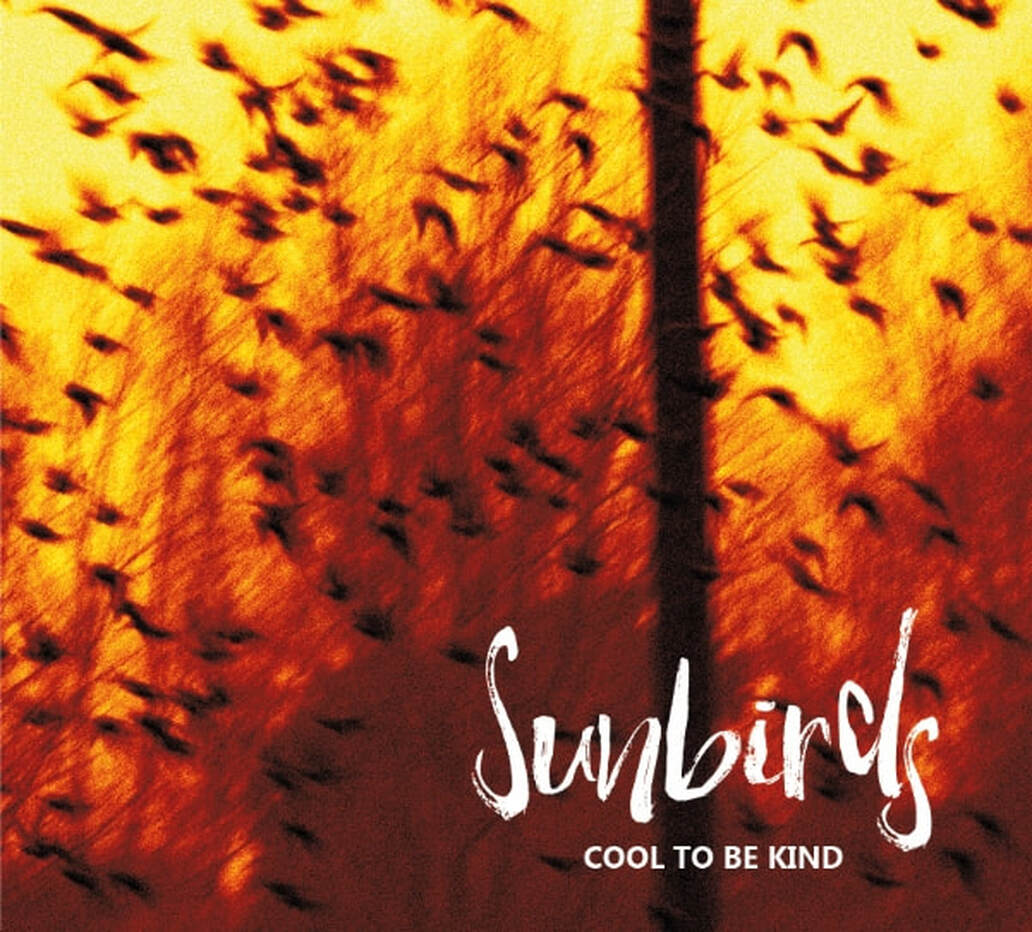 What's it like to form a band during this weird time?

Terrible really, we had it all planned. Concerts from the back of the album. Pretty dire for people who can't play; a lot of smaller music venues will close down. It's not easy . We would like to play live, and we hope to play gigs in the future. But it's a definite band, and it's the four of us. We had a bass player-Alex, his name is- on the record, and when we get to play gigs we'll bring a bass and keyboards. Maybe Alex could play with us when we do. And Marc’s, Marc's a great drummer.

It's a groovy title Cool To Be Kind - does it give the album a narrative arc?

What do you think Laura Wilcockson brings to the music?

Laura's great. She was in a band that supported The South, and she's a trained violinist. She was more of a violinist than a singer when she first joined, but she's very much a singer here. She does a lot of the singing. Phil sings harmonies, and will sing onstage when we get to play. I think harmonies are very important when done well,  but it's important not to overdo them.

That brings me to the next question..how do you and Phil Barton collaborate?

Phil  has written with other people, and wrote some of the songs on his own. He's a talented kid. Haven't done something for a while, so when Phil came along it felt like the right time to do something again. We talked about various names for the band, and we agreed on SUNBIRDS.

I noticed that SUNBIRDS posted photos of Woody Guthrie and John Lennon on their Facebook page. Would  they count as  influences of yours?

Woody's got some good stuff, and John Lennon, yeah. I'm a big Beatles fan. Was that for the day he di..no, it was his birthday. Yeah, big Beatles fans, and I think he influenced a lot of songwriters.

Noel Gallagher, for sure.

[Chuckles] I noticed some "influences" in their early songs. Not the later ones, but definitely the early Oasis songs.

I'd like to ask about the brilliant The Housemartins; why do you think they remain so popular?

Well, there were only two albums. I wasn't on the first one, but I played on the second one. I guess that has something to do with it, that The Housemartins weren't one of these bands that stayed around too long. We also did a lot of songs a capella, which I think was important.

We didn't just do “Caravan of Love” onstage. We would put our instruments down to sing three or four songs with our voices. ​
​
​Back to the present: Producer Teo Miller has just as impressive a CV. What did he bring?

When we recorded the album, Teo mixed the album, and enhanced the tracks. Really added something to it. I can't praise him highly enough. He’s a great sort of track record.

He's worked with Robert Plant; he's worked with lots of people. Marc plays with other people too, but he's very much a part of the four of us in the band.

Will there be a second album, and what can we expect from it?

Definitely, but we've still got to get our debut album out. We've got plans to do more, it's definitely not just a one off.

To close this interview, we'd like to ask why Phacemag readers should buy this album?

Well, we'd like their opinion.  We'd like to hear about our new original songs, and to  tell us what they think: good or bad. Hopefully, they'll come and see us when we do play gigs-whenever that is.

[Editor’s note: The Beatles song Eoghan made reference to is in fact “Carnival of Light”,  as opposed to “Carnival of Love”. As of 2020, the song has not been made available  to the general public]
​
​Website https://sunbirds.co.uk
Facebook https://www.facebook.com/sunbirds.co.uk
Twitter https://twitter.com/SunbirdsMusic
Instagram https://www.instagram.com/sunbirdsmusic
share
​
google.com, pub-1336815800049544, DIRECT, f08c47fec0942fa0