​'More Than Time'
A Short Film by Carl Hunter

Carl Hunter documents the streets of Liverpool
as they have never been seen before,
in his new short film
More Than Time.
I love Liverpool. When I lived in Nottingham, my home city, I would often drive across to Liverpool. Take a trip on the ferry listening to 'Gerry and The Pacemakers', just the whole atmosphere was, is, magical. Lock down was difficult for most cities, but, If you know Liverpudlians at all! It must have been ... well, watch, listen. Love this Carl. Best pp x
As we are all urged to return to work, walking through most UK city centres now, it is difficult to remember the days when the country was in grip of lockdown.
It was not so long ago that high streets were deserted, and the world seemed like a very different place. Many shops and eateries looked like the film set of a post-apocalyptic movie; city centres that once thrived on the hustle and bustle of its people became ghost towns overnight.

“In this film I was interested to explore strands of sound and image that draw on my experiences as a film director, musician, and academic researcher. It is important that universities accommodate filmmakers, it is also important that filmmakers who work in universities have something to say about lockdown” : Carl Hunter

However, Carl Hunter saw lockdown as a creative opportunity and set out to document this unique moment. With lockdown leading to the monotony and blandness of undifferentiated days it seemed like “less than time”. Hunter’s art film re-imagines that period as a transcendent “more than time”.
In the film, anonymous messages are left on a Liverpool answer machine about loss and memory. Combining still photography and a soundtrack by Steve Grimes, the storytelling grows into a symphony of image and sound from the streets of a deserted city.
​
​Carl Hunter and Steve Grimes are members of the iconic Liverpool band The Farm. Hunter won international acclaim in 2019 for his film starring Bill Nighy, Sometimes Always Never (Hurricane Films). Grimes has written scores for television and documentary.
Hunter describes the short film as a ‘poetic response to the COVID pandemic. The film is where memory populates streets of a once vibrant city, instead of its people’.

“Carl has made a beautiful and moving work of art, which matches exquisite photography with Steve’s soaring soundtrack. The result is both serenely still and extremely cinematic, telling a story grounded in place but open to possibility.” : Martin McQuillan, ICE Director and More Than Time producer.

The short film [8’ 05”] is produced by the Institute for Creative Enterprise (ICE) at Edge Hill University in Liverpool. Hunter is a Senior Lecturer in Media at Edge Hill and in this film works with director of ICE and film producer Martin McQuillan (Love in The Post, Oxi: An Act of Resistance) to create a film that draws from university research but is not merely academic. The film is edited by ICE manager Roz Di Caprio.
The film's sonic adjective, has been created by Sam Auguste, a sound designer who has collaborated with Hunter on many films (A Winter's Tale, British Council. A Day in The Life
- celebration of one of the most influential albums of all time – Sgt. Pepper’s Lonely Hearts Club Band for Culture Liverpool. Sometimes Always Never). Auguste’s sonic collage converts the imagined into a sensory journey.
Carl Hunter said, “in this film I was interested to explore strands of sound and image that draw on my experiences as a film director, musician, and academic researcher. It is important that universities accommodate filmmakers, it is also important that filmmakers who work in universities have something to say about lockdown”.
ICE Director and More Than Time producer, Martin McQuillan, said: “Carl has made a beautiful and moving work of art, which matches exquisite photography with Steve’s soaring soundtrack. The result is both serenely still and extremely cinematic, telling a story grounded in place but open to possibility.”

​The Institute for Creative Enterprise 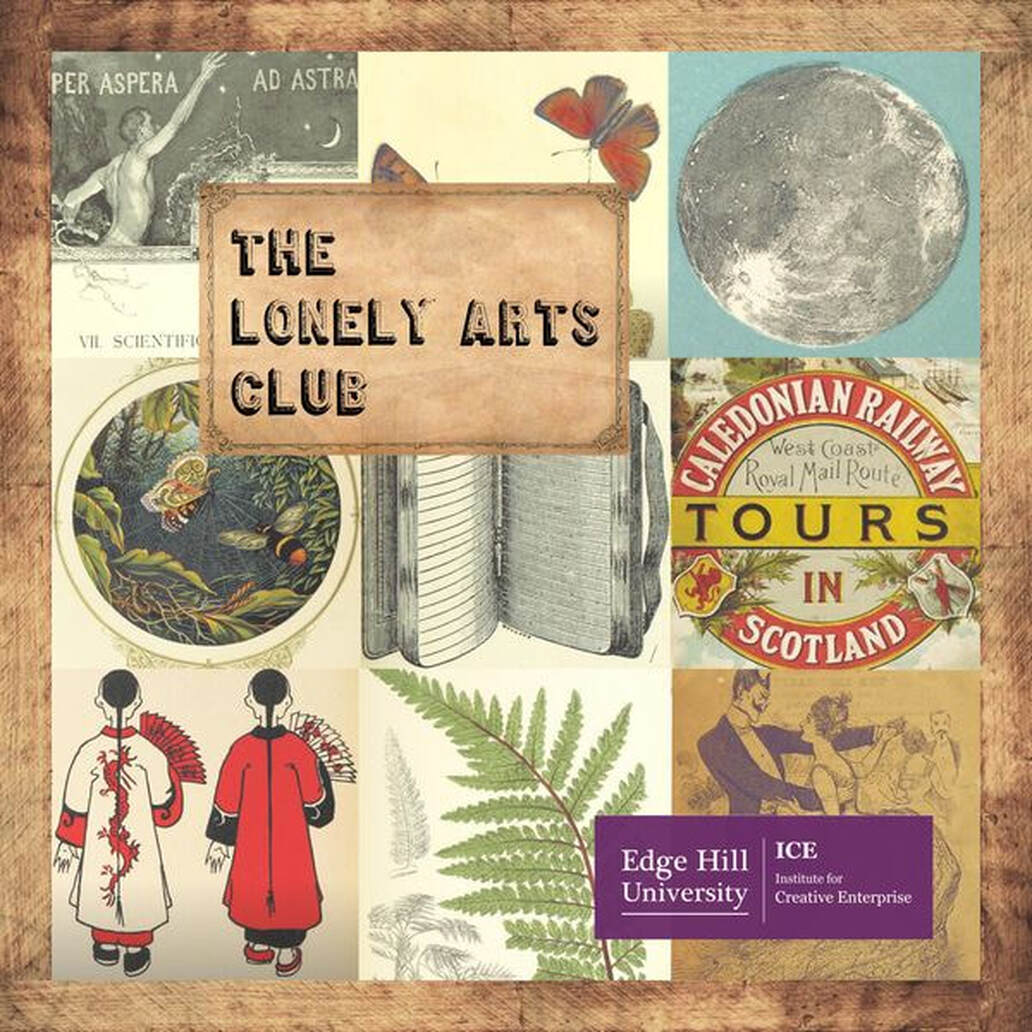 ​The Institute for Creative Enterprise is Edge Hill University’s hub for connecting ideas and students to the cultural industries regionally, nationally and internationally. It is the home of The Lonely Arts Club podcast, now recording its third series, produced by Roz Di Caprio, who also edited More Than Time. Available on Spotify and iTunes The Lonely Arts Club has won praise for its deep-dive interviews with cultural figures such as playwright Willy Russell, actress Rita Tushingham, Will Seargant of Echo and the Bunnymen, and Saturday Kitchen’s Nisha Katona.
ICE is currently co-producing films with Bazelevs Studios in Moscow and Hurricane Films in Liverpool. A documentary, All at Sea, directed by Mike Hodges (Get Carter, Flash Gordon, Croupier) co-produced with Hurricane Films will be released in 2021.
ICE worked with Edge Hill’s students during lockdown to produce a short film of how the community responded to the experience of self-isolation. Directed by Roz Di Caprio the film can be viewed here: https://screenlifer.com/en/screenlife-liverpool/lockdown-diary-from- students-of-edge-hill-university-in-liverpool/
​
share
​
google.com, pub-1336815800049544, DIRECT, f08c47fec0942fa0